Risers hold a lead for three quarters, then collapse in the fourth and lose 7-5 to the powerful Cleveland Crunch

MUSKEGON – The Muskegon Risers played great defense against the Cleveland Crunch for most of Saturday night’s indoor soccer game.

They led 3-2 after three quarters, and seemed capable of shutting down the Crunch the rest of the way.

But this was the same Cleveland team that scored 17 goals in one of its first games of the season, and nine in the other. So with a quarter to go, there was an unsettling feeling that the Crunch were due to erupt.

That’s exactly what happened in the wide-open fourth quarter, when Cleveland exploded for five goals and left town win a 7-5 victory over Muskegon at Mercy Health Arena.

Cleveland, a Major Arena Soccer League 2 team, improved to 3-0 on the season. The Risers, who sat out of the league this season, fell to 1-1. They will finish their three-game season on April 24 at home against Colorado, another MASL 2 opponent.

“They’re a good team, and I was nervous before the game,” said Risers Coach Ben Ritsema. “But I know I got good players and they work really hard. They play for each other and the fans. When they give good effort like that, you never know what can happen. We almost pulled it out, and we’ll have more nights where it goes our way.”

The game was strangely quiet for arena soccer, which usually has quite a few goals. 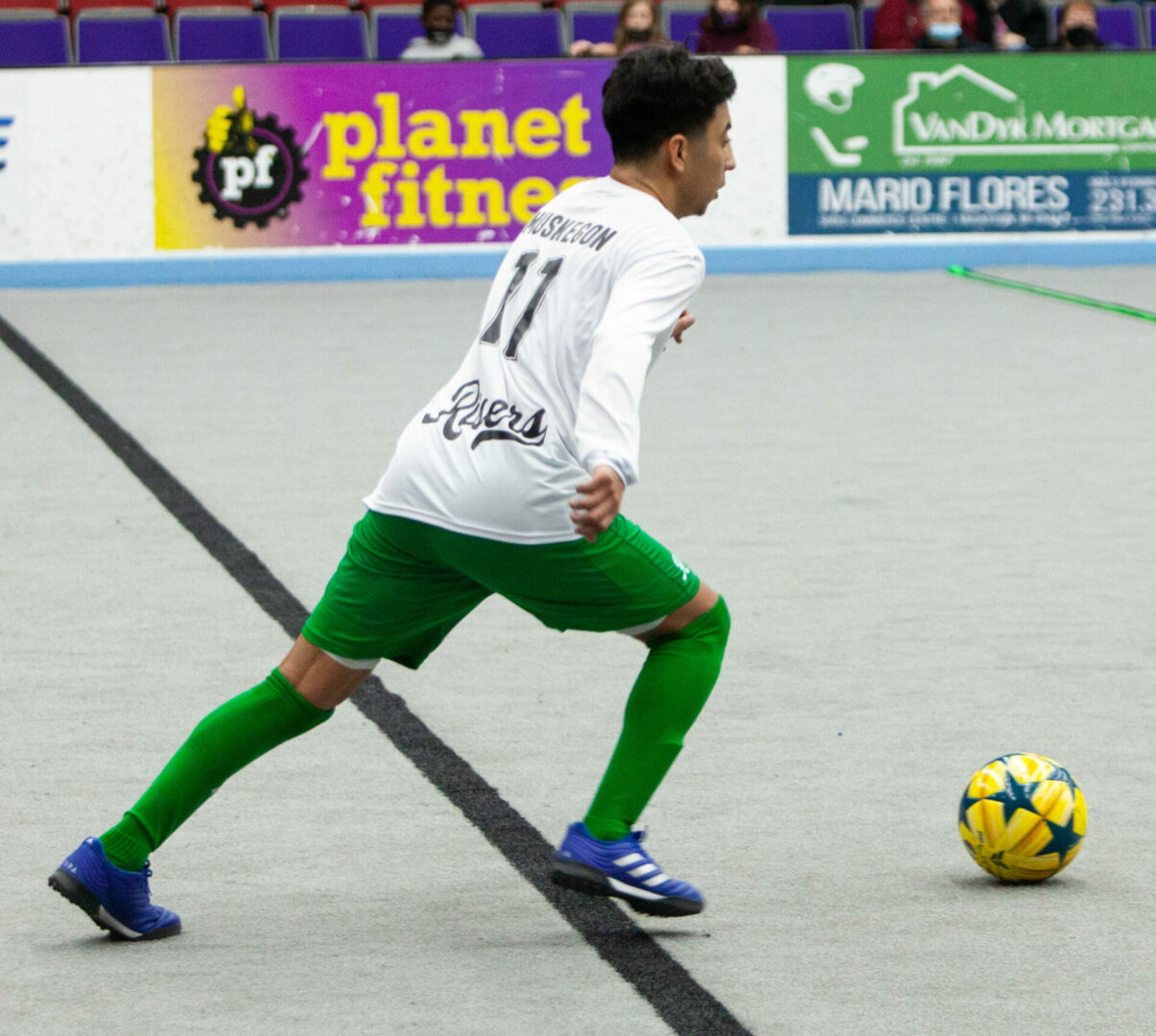 The Risers struck first just 1:27 into the contest when Marcel Berry made a nice centering pass to Colin O’Keefe in front of the Cleveland net, and he put it in to give the home team a 1-0 lead.

The Crush tied the score at the 13:09 mark when Ryan Minick headed a shot into the goal during a power play.

Muskegon pulled ahead at 1:25 of the second quarter when a shot was partially blocked by the Cleveland goalie, then Brandon Dinsmore got the rebound and popped it in.

The Risers led 2-1 at halftime, and had a 9-5 advantage in shots on goal in the first two quarters.

Muskegon took a 3-1 lead 4:47 into the second half when star forward Miguel Flores worked his way past Cleveland goalie Marijo Musa, who had come out to challenge him, and shot the ball into an open net.

Cleveland, which controlled the play for most of the third quarter, made it 3-2 at the 10:24 mark with a goal from Chris Cvecko.

At that point, the Risers’ defensive effort was still carrying the day.

“It’s two lines with three guys on each line,” Ritsema said about the defense. “They did a great job of rotating and staying fresh. They stayed goal side of their man. It’s not really one of them, but all of them. They were outstanding the whole game, but Cleveland just made plays and finally put some in.”

The fourth quarter started out hopeful for the Risers. Flores scored his second goal about three minutes into the quarter, giving Muskegon a promising 4-2 lead.

But then the roof collapsed for the Risers, with Cleveland scoring five of the last six goals. Finding the net for the Crunch were David Jordan, Minick, Samuel Mutemwa, Kevin Blackwood and Mike Derezic. O’Keefe scored his second goal for Muskegon in the middle of that flurry, but it was too little and too late for Muskegon.

“You’re not going to win many indoor games with only five goals,” Ritsema said. “Some of that is we need to get more greedy, but their goalkeeper also made some good saves. They’re three-time national champs so they’re a good team. But we got to learn to break their lines some more and be greedy up top.”

Cleveland had a 17-15 advantage in shots on goal. Muskegon goalie William Banahene performed well, making numerous acrobatic saves, particularly in the second half, when the Cleveland offense started coming to life.

Cody Loss is followed by Miguel Flores for the Risers. Photo/Jason Goorman