MUSKEGON TOWNSHIP — Every spring sports high school team has challenges this season, because they haven’t played in two years,and a high percentage of

But the Mona Shores girls soccer team is handling the challenge just fine,’

The Sailors kept a great start to their season going with an impressive 5-0 victory over conference rival Reeths-Puffer on Thursday in an O-K Green matchup at R-P. 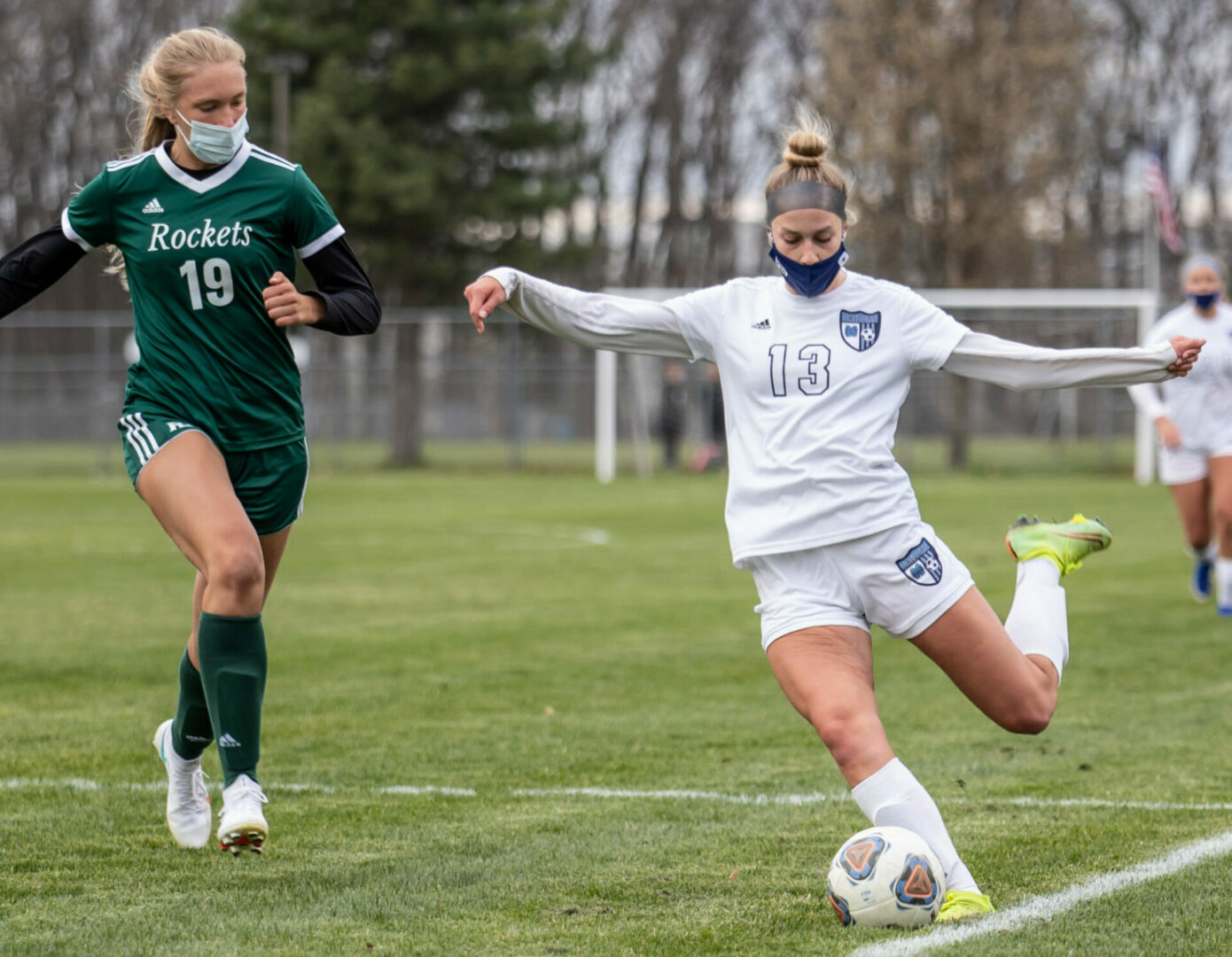 McKenna Monette gets ready to kick the ball in front of Reeths-Puffer’s No. 19 Ashlynn Anderson. Photo/Tonya Pardon

It was the first time the teams have played since May of 2019, when they battled to a 1-1 tie.

In the case of Mona Shoes, it’s a nice start for a team with limited varsity experience. The Sailors have eight seniors on the roster, but they were sophomores the last time the team took the field. A handful played varsity that year, but most did not.

The rest of the Sailor roster is comprised of eight juniors, who were freshmen in 2019, and three sophomores, who were eighth-graders.

“We have worked really hard to get here,” Mona Shores senior Mia Bowers said after the game. “We have worked a lot inside and outside of school to get to where we are, and hopefully the season can keep going for us.”

“It’s an adjustment but we’re doing really well,” added Sailor senior Bri Wade. “I think because all of us are friends outside of soccer, it helps the chemistry part of. It makes it easier. Obviously a lot of us haven’t played soccer in a bit, because some of us didn’t play club soccer, but I think were connecting well. 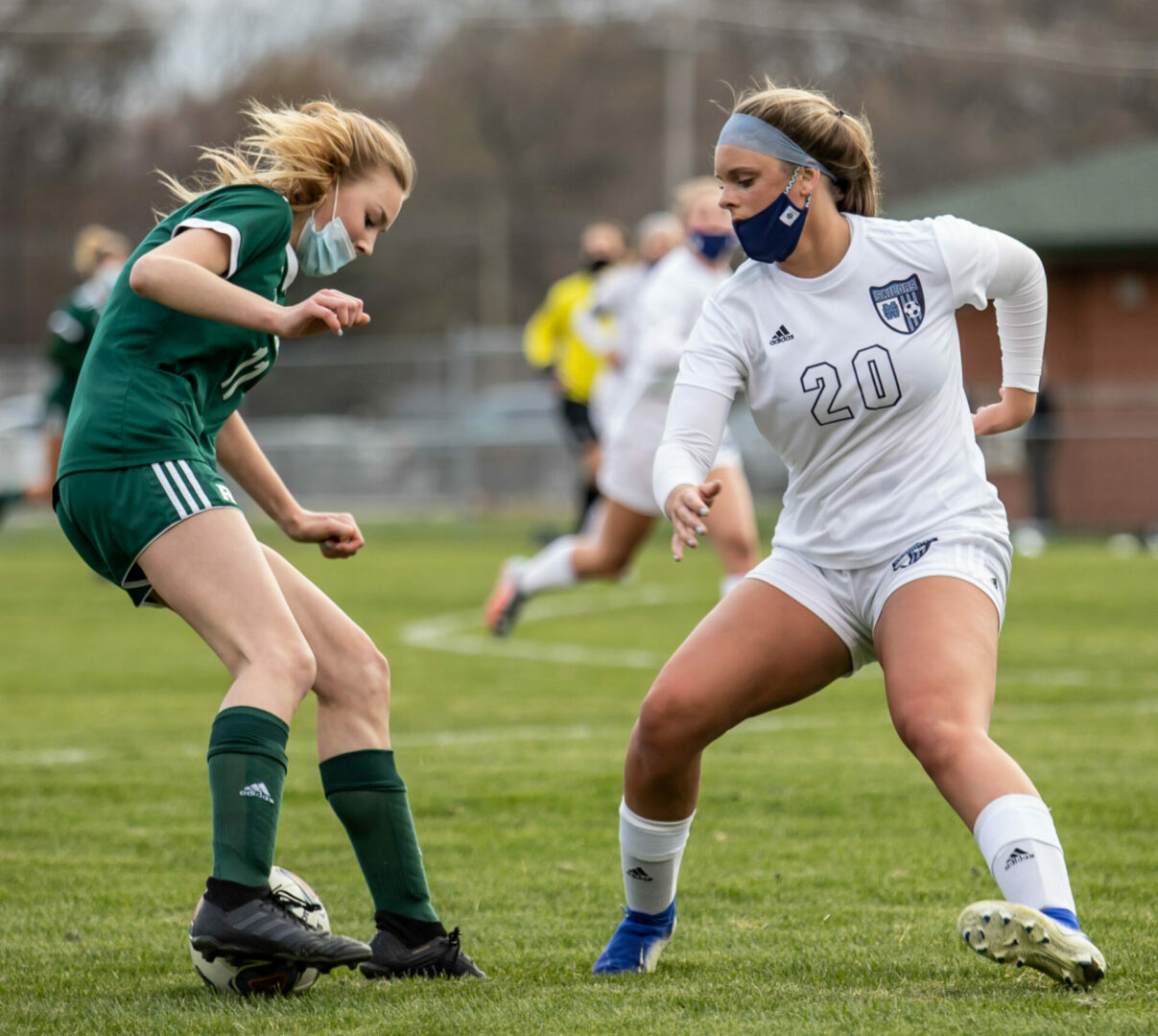 Mona Shores Coach Dylan Darga is obviously happy about the way his team is playing, but even more than that, he’s just happy to have the chance to get back on the field.

“Everything is in a year delay,” Darga said. “We are just happy to be out and playing. I give credit to anybody that is taking a team out and going through this condensed schedule.”

Wade opened the scoring for the Sailors with 25:27 left in the first half. A few minutes later, Payton Silk buried the second goal of the game.

With 5:56 left, Lauren Hylland finished off an Annie Anderson corner kick to put the Sailors up 3-0 at halftime.

Mia Brown scored her first goal of the night with 29:17 left in the game. Her second goal came with just over a minute left on the clock.

Anderson had two assists in the game. Goalie Ella Buikema recorded a clean sheet, making seven saves in the victory.

Tessa Lamphere made the start in goal for the Rockets and recorded nine saves. Ava Klopp played the second half and recorded 10 saves.

The Sailors outshot the Rockets 24-7.

The Rockets, who are very young, with 10 sophomores or freshman on the 21-player roster, are just enjoying the experience of playing again, regardless of outcomes, according to Coach Dillon McCarthy.

“The best part about this group is they know nothing is guaranteed,” McCarthy said. “They have so much fun, and even after a tough loss to our rivals. I know come tomorrow at practice the girls will be smiling and having fun. The schedule is brutal, but to be seeing the smile on the girls’ faces makes it worth it.” 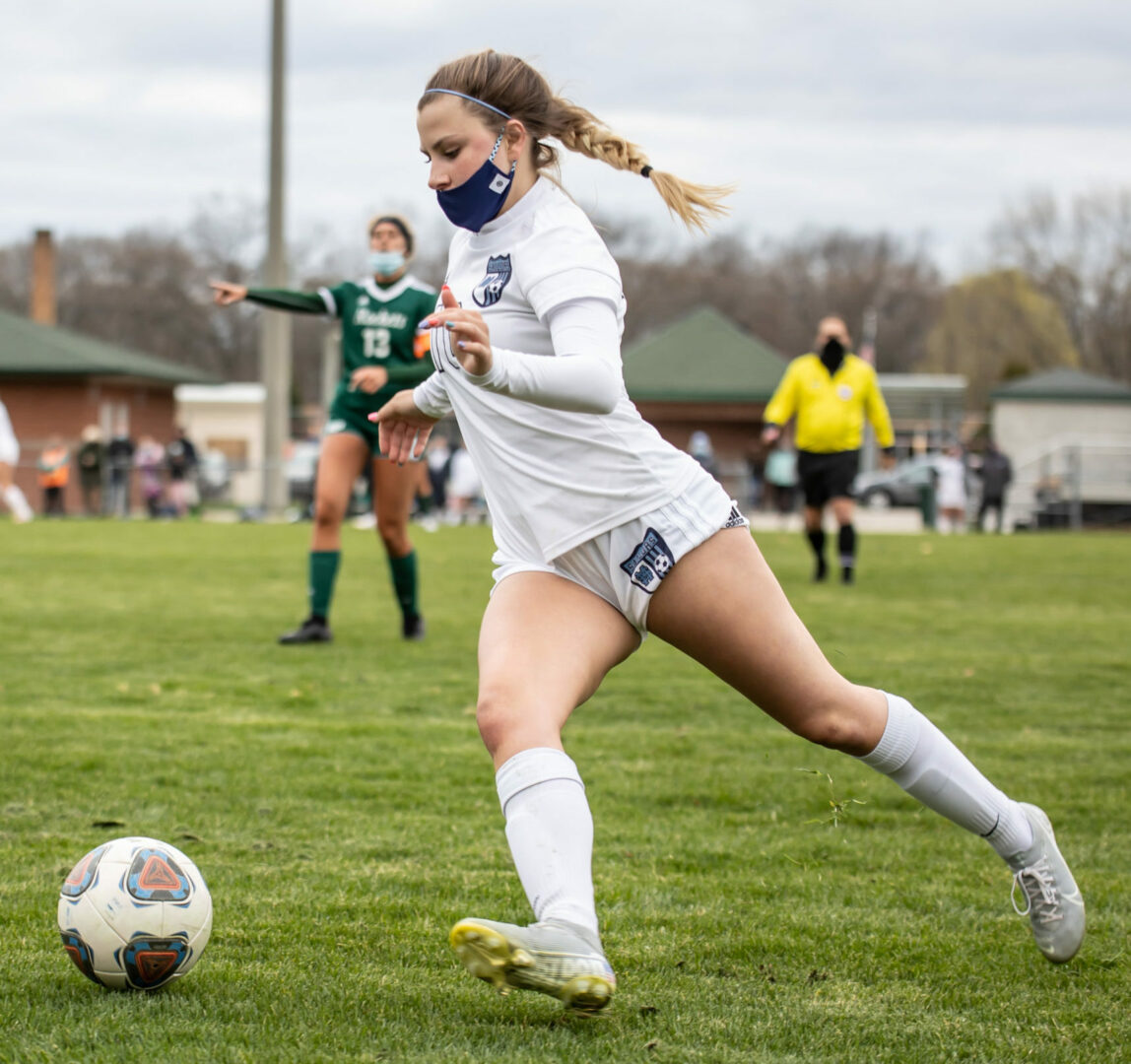 Sophia Hekkema watches the ball near the sideline for Mona Shores. Photo/Tonya Pardon 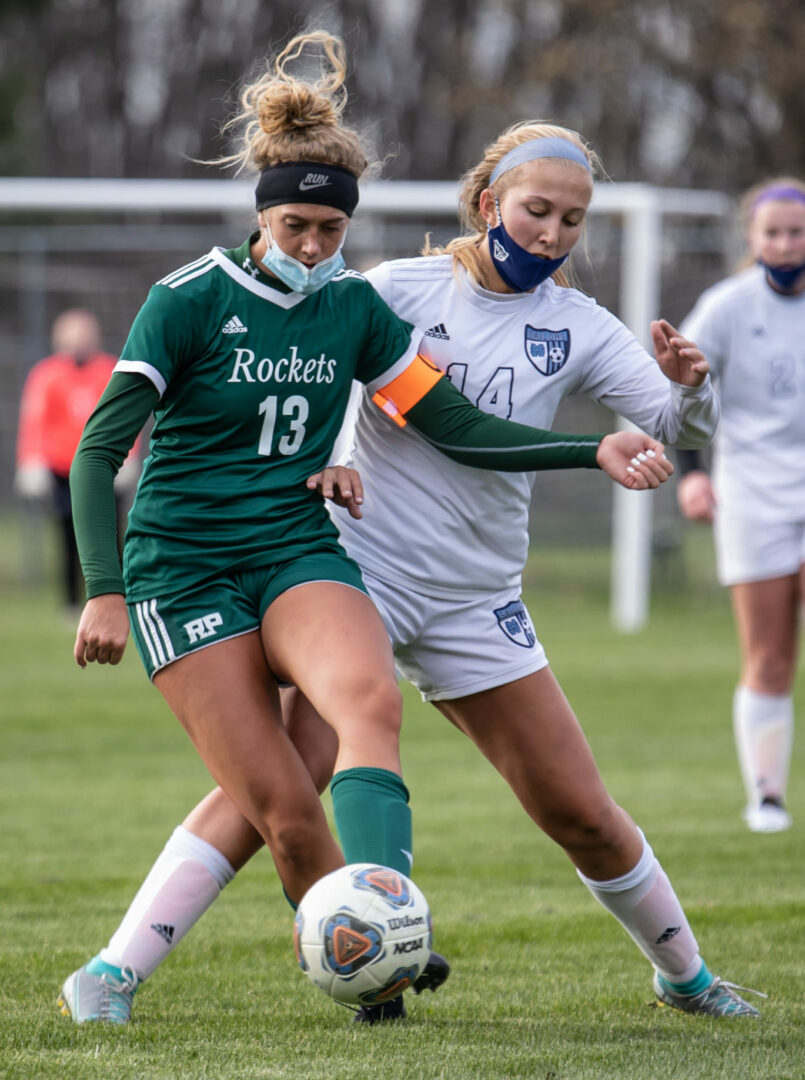