MUSKEGON – The Muskegon Lumberjacks had a few exciting things to celebrate after Friday night’s home victory.

The streaking Jacks picked up their 13th win in their last 15 games, and inched closer to nailing down second place in their conference and home-ice advantage in the first round of the playoffs.

Even better, the 7-4 victory came against the elite Team USA Under-18 squad. It was Muskegon’s third win in just over a week against the Under-18s, which is almost unheard of in the USHL.

Best of all, the victory made Mike Hamilton the winningest coach in team history, Hamilton, in his third year with the Jacks, now has 93 career wins, one more than former Coach Todd Krygier, who spent three seasons in Muskegon between 2013 and 2016.

The players presented Hamilton with the game puck in the locker room after the game, then doused him with water bottles. 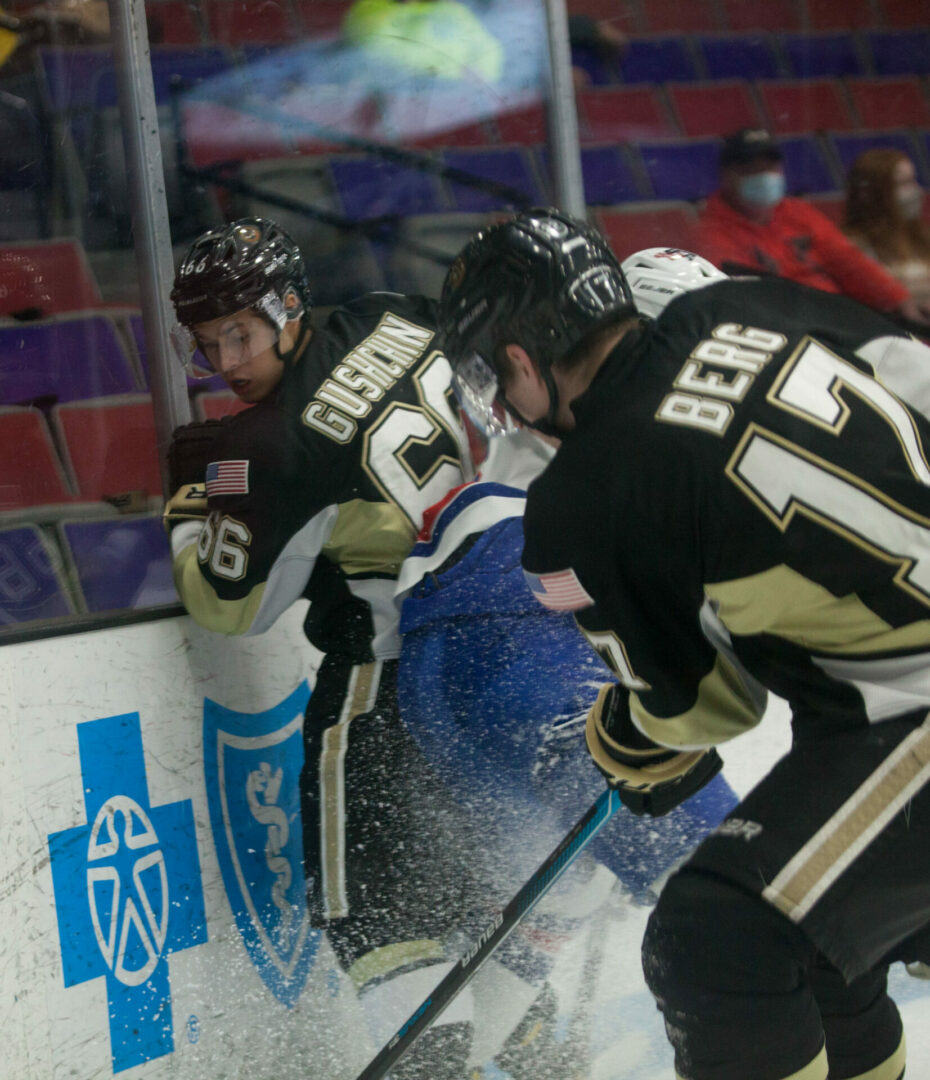 “This is quite an honor, obviously,” Hamilton said. “There has been some great coaches in front of us like LaFountaine and Krygier. Those guys had some great years. The job was presented to me as an opportunity to come and prove myself, and I think we have done really well during the two and a half years. It’s been a lot of fun.”

The Jacks improved to 29-13-3 on the season. They remained in second place in the USHL’s Eastern Conference, six points ahead of third-place Green Bay. Muskegon has nine games remaining in the regular season.

The hero of the game has been a hero quite a bit lately. It was forward Cristophe Tellier, who has developed into a major offensive weapon for the Jacks in recent months.

He had two goals and an assist on Friday, and has nine goals and eight assists in his last seven games. 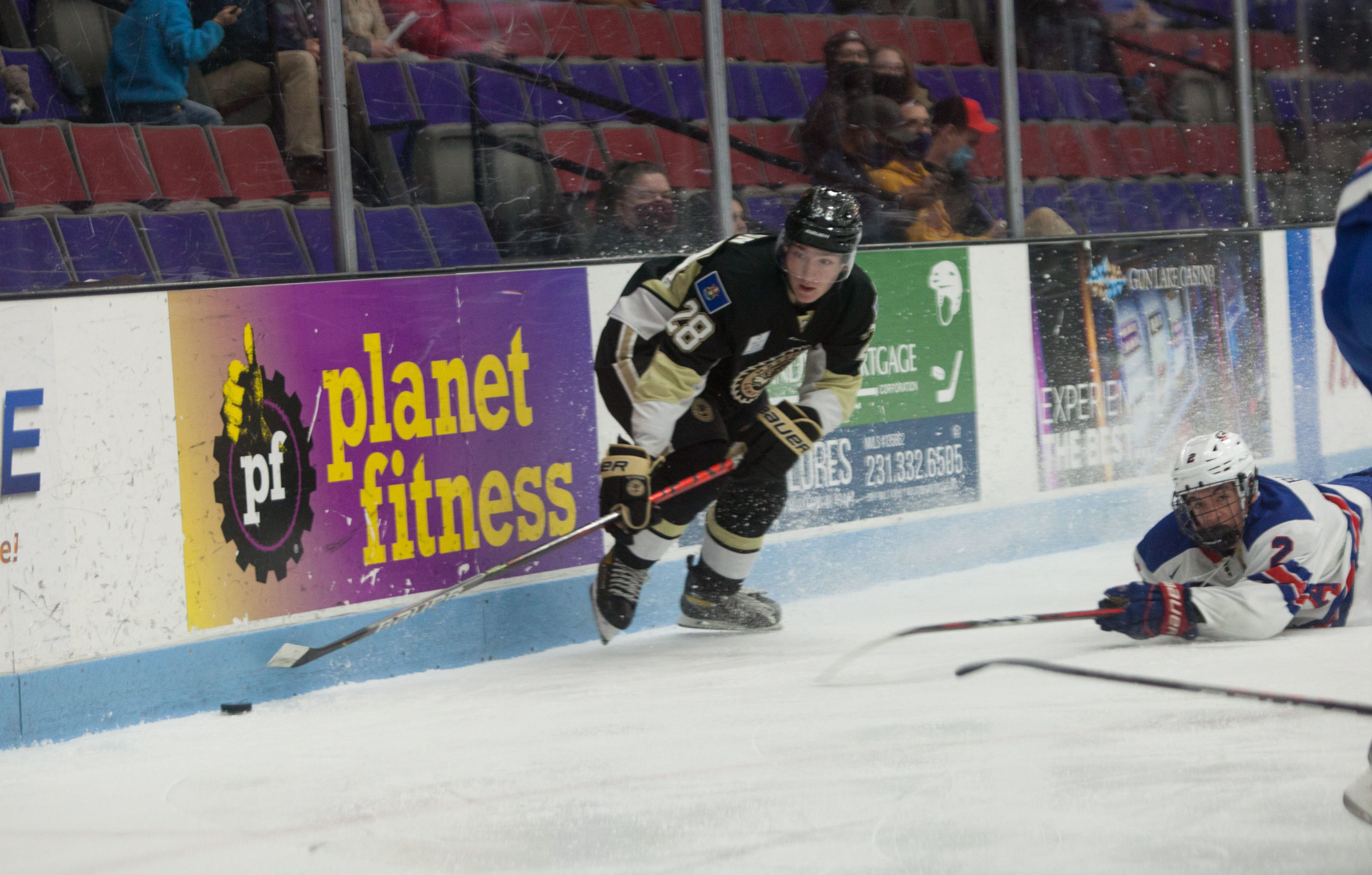 “I have been getting more touches and feeling good out there and learning to play with my line mates,”  Tellier said.  “I am happy we got two points (in the standings) and coach’s all-time wins (record) in Muskegon. We are scoring a lot of goals. We just have to tighten up defensively.”

The first period was scoreless, which was uncharacteristic for the two offensive-minded teams. Muskegon had an 8-5 advantage in shots on goal.

The Jacks exploded for four unanswered goals on only seven shots in the second period to take control of the game.

It started at the 2:32 mark when Quinn Hutson, stationed near the left post of the USA goal, took a nice pass from Tellier and popped it in.

Nick Portz made it 2-0 almost five minutes later when he shot in a rebound from short range. Muskegon’s Philip Tresca scored on a 2-on-0 breakaway at the 11:04 mark, giving the Jacks a 3-0 edge.

Tellier shot a rebound between the goalie’s legs with just over two minutes left in the period, and the Jacks skated off with a 4-0 lead. 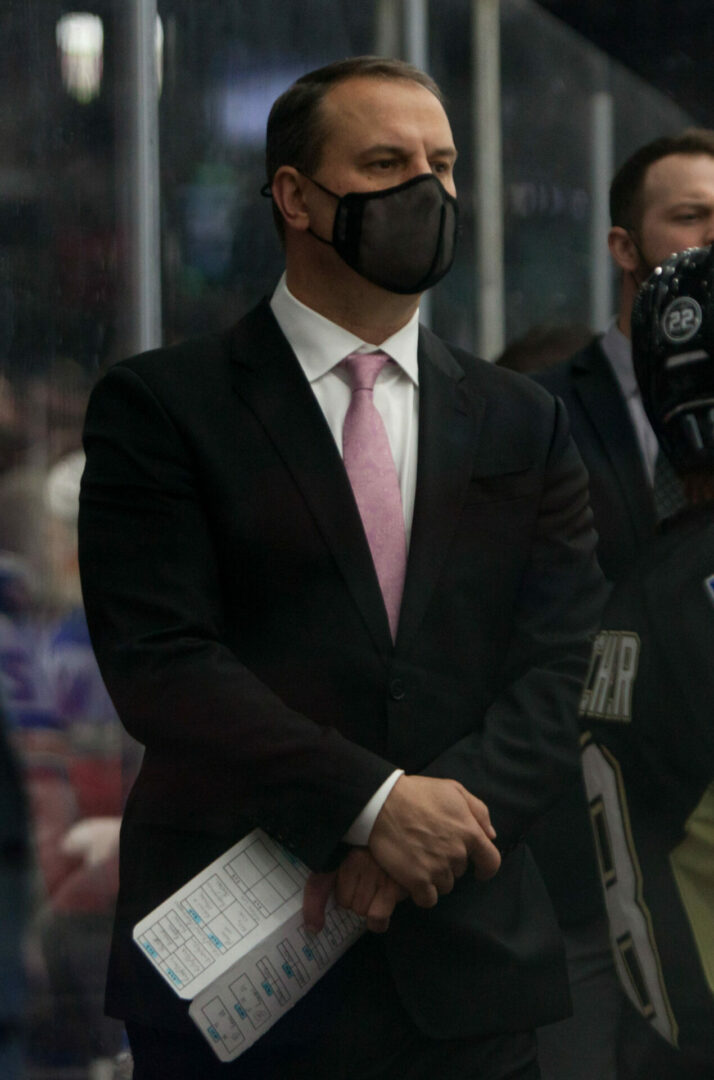 Of course the talented Under-18s did not go down without making some noise.

The visitors collected goals from Ty Murchison at the 57 second mark, and Chaz Lucius at 3:26, to make the score 4-2.

The Jacks answered with Tellier’s second goal at the 4:35 mark. Team USA made the score 5-3 when Sasha Pastujov scored at 7:55, then Jack Williams found the net for Muskegon at 9:39.

Lumberjacks captain Dylan Wendt put the finishing touches on the win with an open-net goal with 25 seconds left on the clock.

“We played two periods of sound hockey that we as good as we have played,” Hamilton said. “We got a little loose during the third period. If you give (Team USA) a sniff they will put it in the back of the net.

“At the end of it, a great W. We are getting some great saves and our defense is playing strong and we can obviously put it into the back of the net.”

Williams and Hutson both had a goal and an assist. Jacob Guevin had two assists for Muskegon.

Muskegon had a 28-23 advantage in shots on goal. Nate Reid got the win in goal for Muskegon, stopping 19 shots.

Lumberjacks Coach Mike Hamilton instructs his team during a time out. Photo/Jason Goorman

Jack Williams watches as he dishes an assist in front of Team USA’s No. 18 Jacob Martin, giving Muskegon a 5-3 lead. Photo/Jason Goorman

Danil Gushchin looks up with the puck near the corn for Muskegon. Photo/Jason Goorman

Jack Williams follows through after finding the back of the Team USA goal. Photo/Jason Goorman