PORTAGE – The Kent City girls basketball team has been really good for several years now, but the Eagles are soaring to new heights at exactly the perfect time.

They went into Monday’s Division 3 state quarterfinal contest expecting a close, competitive game – because that’s usually what you get when you advance that deep into the tournament. Instead the Eagles used their high-powered offense and suffocating defense to claim an amazingly easy 52-19 victory over Schoolcraft at Portage Northern High School. 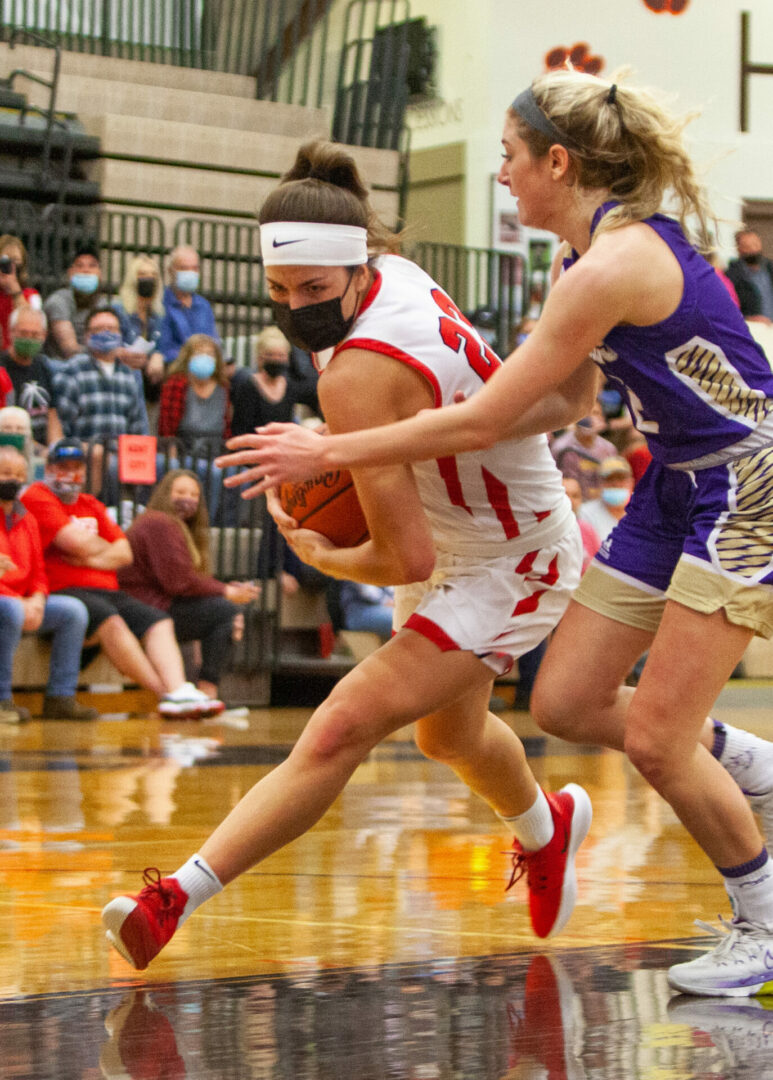 The victory was also historic for the Eagles, who reached the state Final Four for the first time in program history. If they win two more games, they will be the first team in Kent City High School history to win a state championship in any sport.

Kent City, now a perfect 20-0 on the season, will meet Calumet on Wednesday at 12:30 p.m. in the Division 3 state semifinals at 12:30 p.m. at Michigan State University’s Breslin Center. The winner will advance to Friday’s state championship game.

“We’re excited,” said Kent City head coach Scott Carlson about the historic achievement. “It was a great win and the girls played really hard. We’re excited to be here, and we’re excited to get to Michigan State.”

Defense was the story of the night for Kent City, which held Schoolcraft scoreless in the first quarter and led 10-0 at the first buzzer. Schoolcraft committed seven turnovers in the quarter. 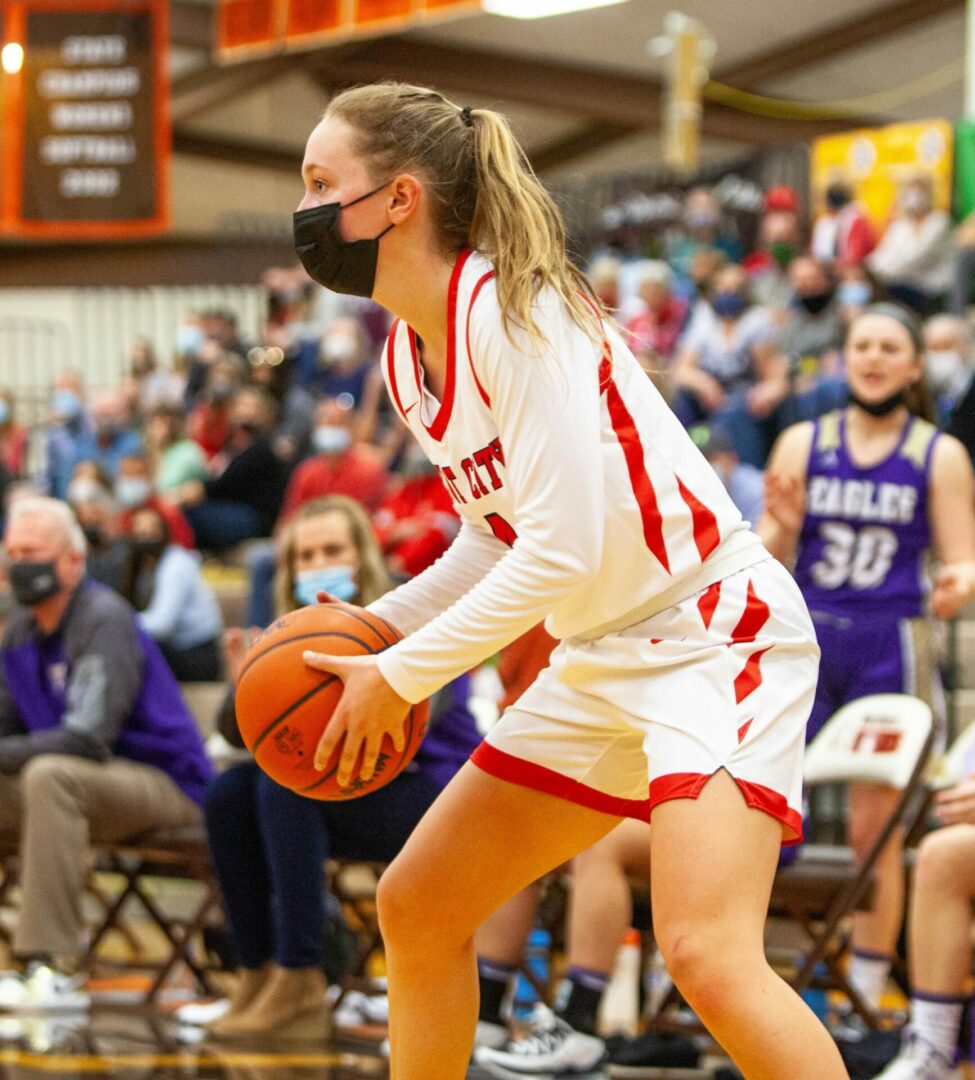 Jenna Harrison squares up in the corner for Kent City. Photo/Jason Goorman

“We have to play hard no matter what,” Bowers said about the defensive effort. “I feel like our defense has stepped up more and more this year, and our defense has been our biggest key. We’re able to defend at a whole different level and it helps our offense, too.”

Schoolcraft managed to get on the board in the second quarter, scoring six points, but by that time the Eagles had taken a commanding lead.

Kent City led 28-6 at halftime, after Kenzie Bowers hit a step-back three-pointer as the clock expired.

Schoolcraft finished the first half shooting 2-for-15 from the floor, while Kent City gave itself  extra scoring chances by snagging 10 offensive rebounds.

“We box out well,” said Carlson about his team’s rebounding effort. “We also stress rebounding both offensively and defensively. I thought the girls did a great job of that tonight.”

Maddie  Geers led Kent City with seven points in the third quarter as Kent City outscored Schoolcraft 15-7 and led 43-13 headed into the fourth.

The Eagles had a 9-6 edge in the fourth quarter, with four different players scoring.

Schoolcraft turned the ball over 22 times on the night, and made only 7 of 30 shots from the field.

“It’s super exciting,” Kenzie Bowers said about advancing to the semifinals. “We’ve been here before (Kent City played in the 2018 quarterfinals), and we knew what we had to do. It’s even more exciting to get the win, and now we’re headed to the Breslin.”

Kent City on the bench during a timeout. Photo/Jason Goorman