FRUITPORT – The Fruitport softball team is luckier than a lot of spring teams that missed out on the 2020 season.

The Trojans would have only had one senior on the team last season, if they had been allowed to play. A bunch of girls were underclassmen and had more softball ahead of them.

So far those returning Trojans are playing great, with a 4-0 record following Tuesday’s 12-6 and 15-5 doubleheader sweep at home over Grand Rapids West Catholic. 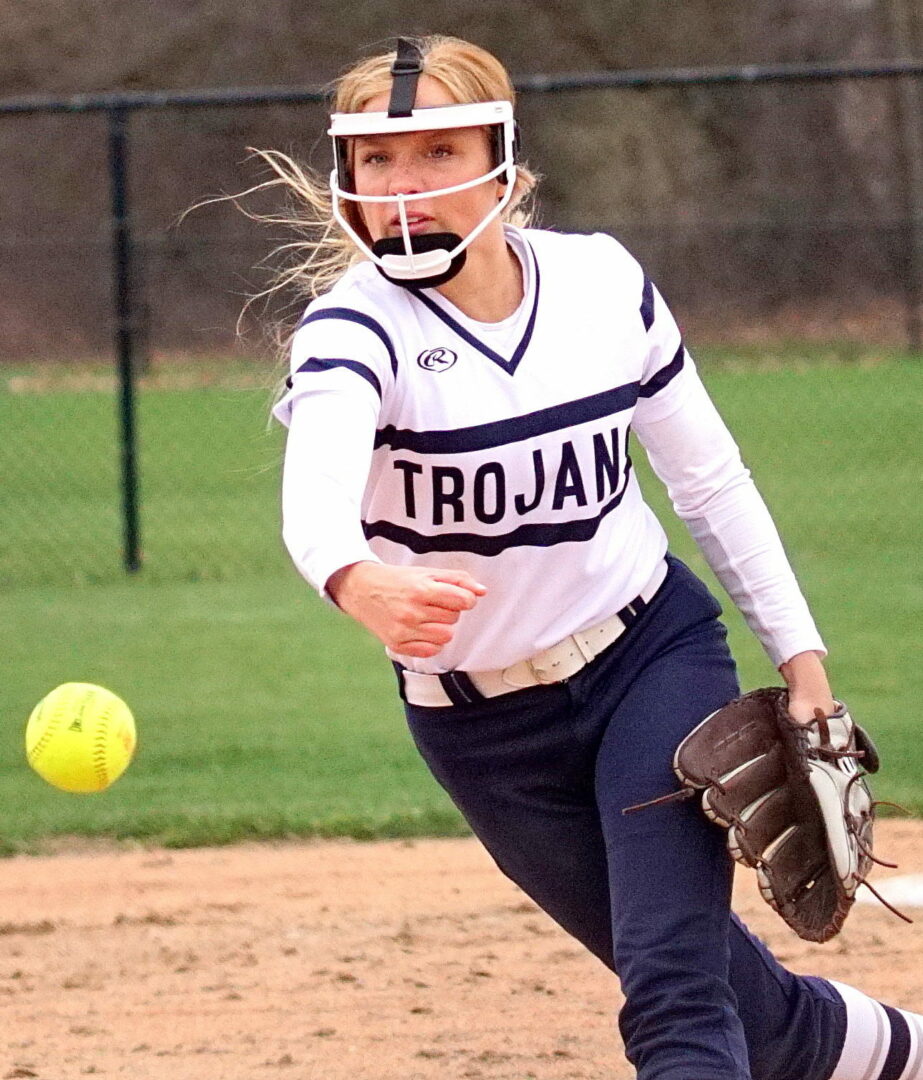 Fruitport showed a lot of spunk, overcoming early deficits in both games to earn the sweep.

The victories came in Fruitport’s first two games in the O-K Blue conference after playing several years in the old O-K Black.

“We’re excited to be going in,” said Fruitport coach Bob Dorman said about playing in the new conference. “There’s some great softball teams in this conference, which will prepare us for the end of the season. Tonight we did what we had to do to prepare us for the tough teams ahead.”

The doubleheader did not start out well for Fruitport. West Catholic scored four runs in the first inning before getting a single out. But the Trojans answered with one run in the first, and four runs in both the second and third innings to take a decisive 9-4 lead.

Pitcher Cassie Kehnke held West Catholic to two runs for the rest of the game from the mound.

West Catholic took a 3-0 lead by the second inning of the second game, then the Trojans got RBI hits from Jenna Springstead, Kristen Lord and Oakleigh Chase to tie the game 3-3 in the third inning. 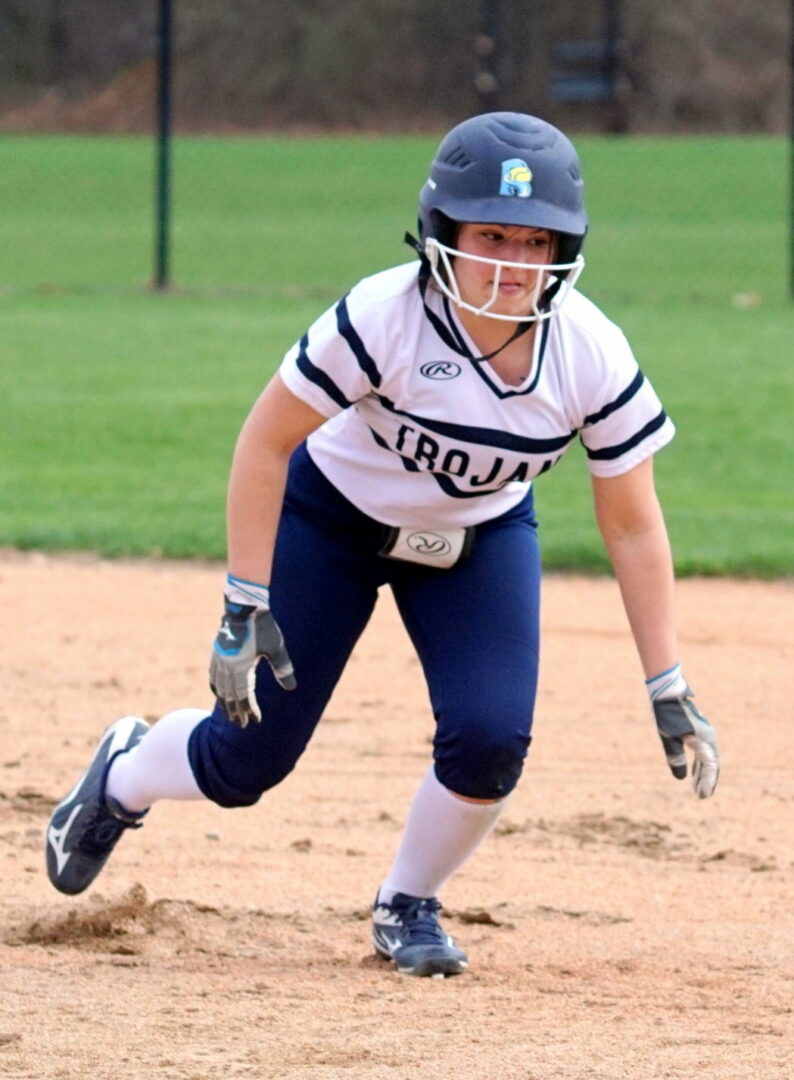 Oakliey Chase tries to get back to first base for Fruitport. Photo/Leo Valdez

Fruitport scored seven unanswered runs in the fourth and fifth innings to take a commanding  10-3 lead. Lord knocked in four more runs during the uprising. West Catholic scored two more runs, but Fruitport plated five runs in the sixth inning to win the game by the 10-run rule.

Chase, Bailey Thomas, Springstead and Jenna VanderVelde knocked in runs for Fruitport in the final inning.

Kehnke also pitched the win for Fruitport in the second game.

“These girls are eager, anxious, and hungry,” Coach Dorman said. “We have eight returning seniors, and they’ve been anxiously awaiting game time. They feel like they missed out, and they want to make up the time we lost.”

Kristen Lord gets into the batters box for Fruitport. Photo/Leo Valdez

Fruitport’s Rylee Lusk tosses the ball back to the pitcher from first base. Photo/Leo Valdez

Oakliey Chase gets to third base for Fruitport. Photo/Leo Valdez

Oakliey Chase tries to get back to first base for Fruitport. Photo/Leo Valdez