On Friday, Jack Parker of Spring Lake took home the Division 2 119-pound state title with a 6-1 decision victory over Tayden Miller of Mason in the championship round. 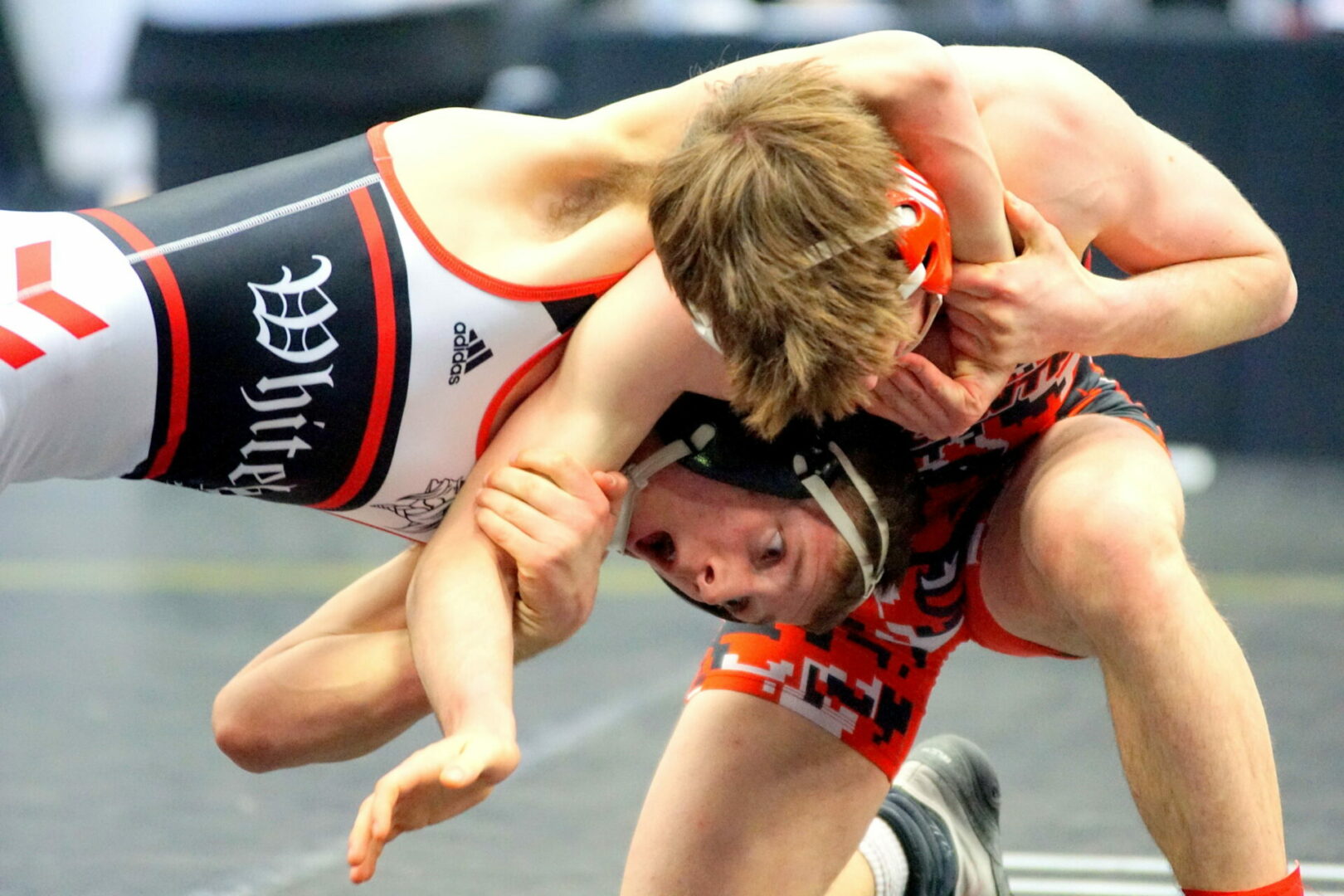 Max Brown puts on a move during his state championship run for Whitehall. Photo/Leo Valdez

In Division 3, Whitehall’s Max Brown claimed the 140-pound state title with a 7-1 decision victory over Dundee’s Austin Fietz in the finals.

Whitehall’s Ira Jenkins completed an undefeated season with a 44-second pin victory over Algonac’s Ryan Osterland in his championship match.

In Division 4, Aydan Sturtevan-Roes of Hesperia won the 119-pound crown with a 2-1 victory over Zak Shadley of Clinton. 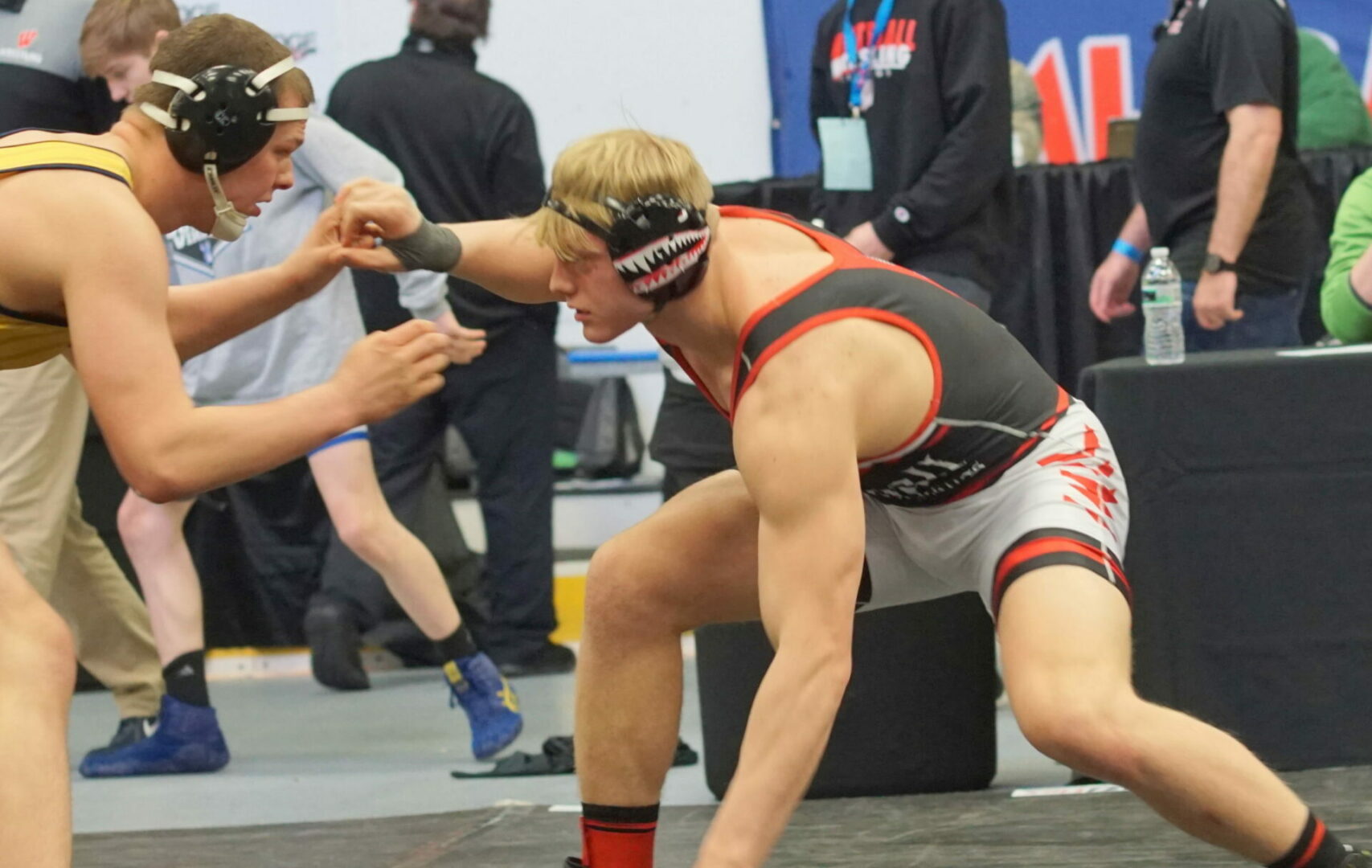 Whitehall’s Ira Jenkins goes in for his opponent. Photo/Leo Valdez

In total, 24 wrestlers from the Muskegon area earned all-state honors by finishing in the top eight of their respective weight classes. The following is a list of those wrestlers: 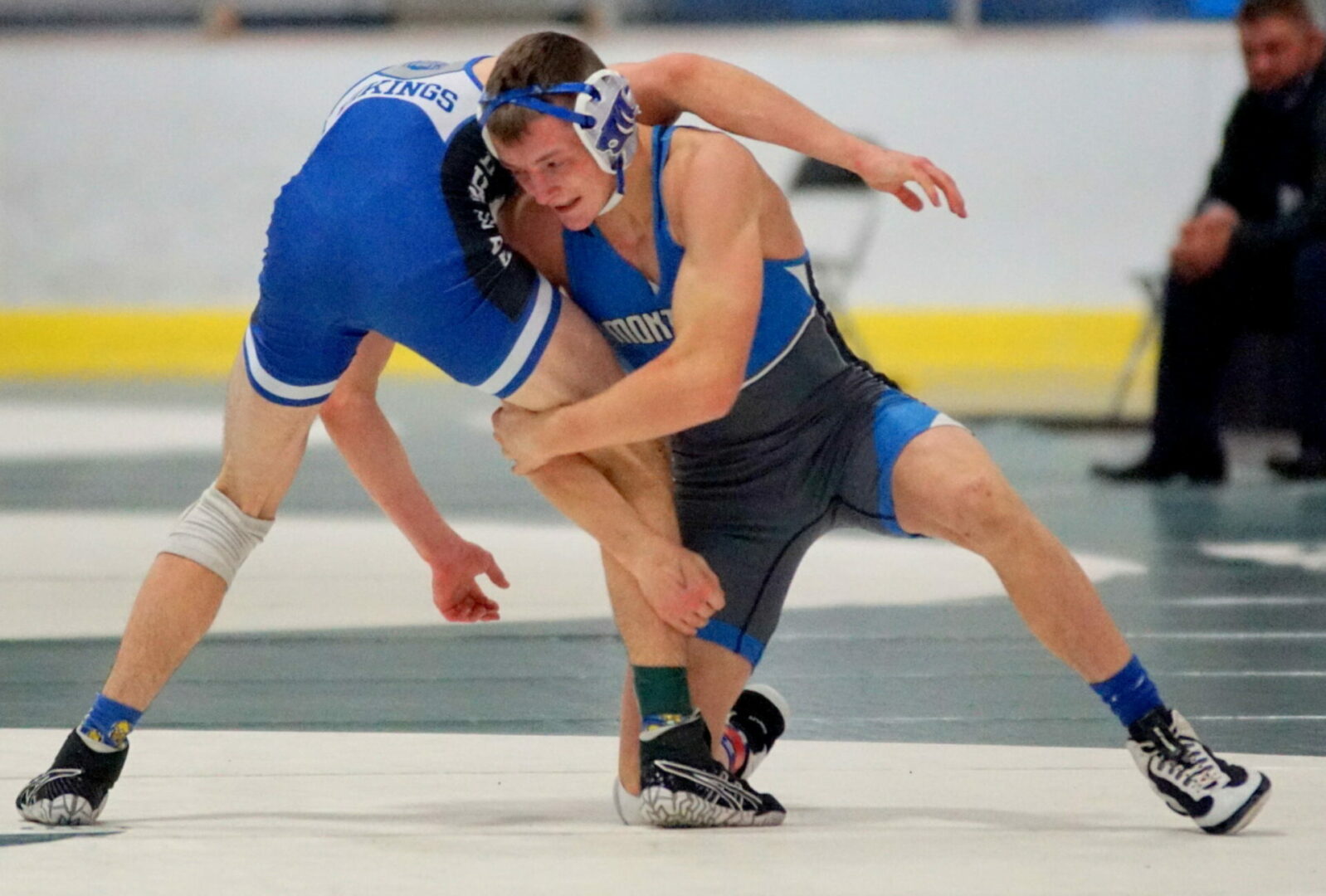 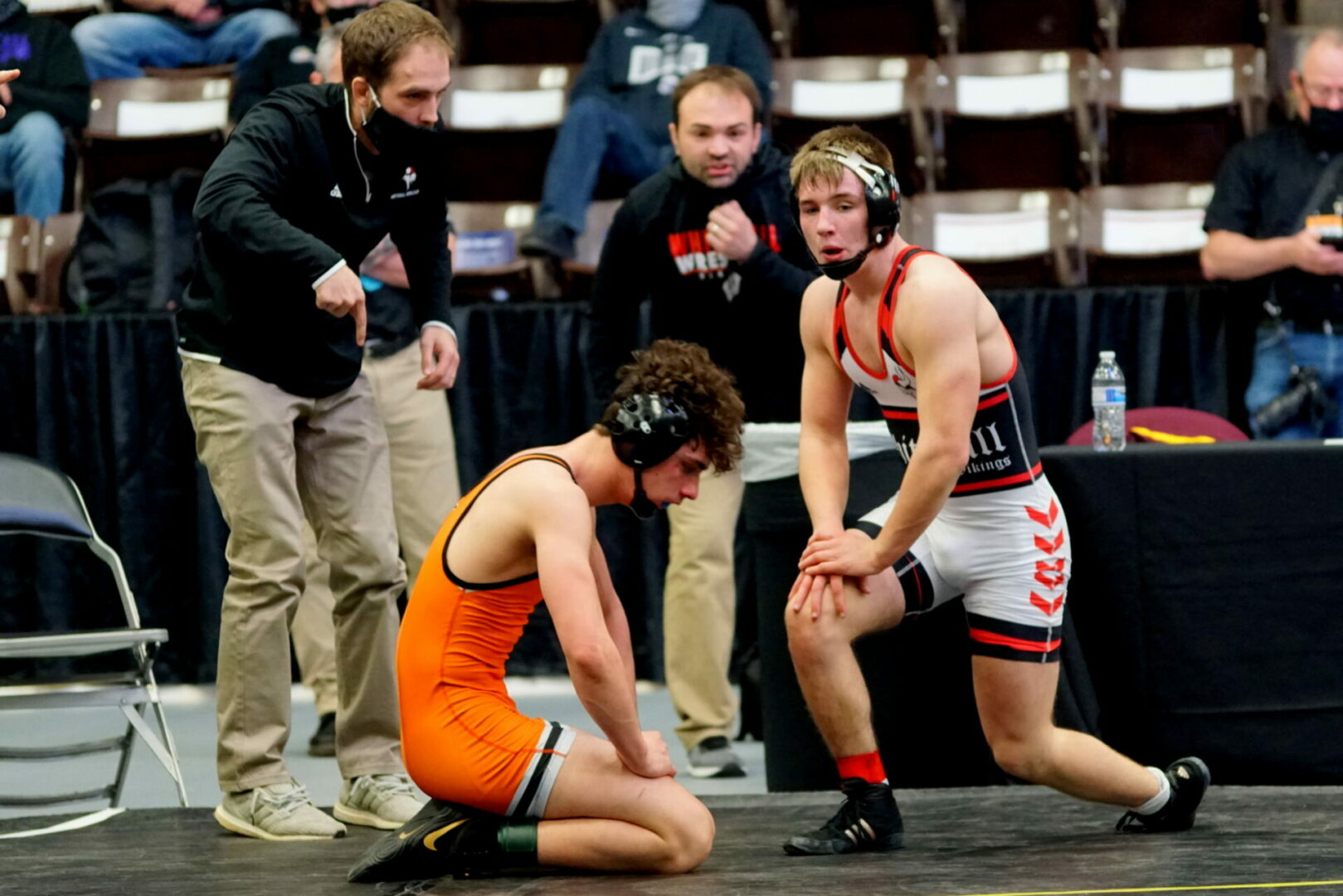 Whitehall’s Alec Pruett gets up after posting a point while Coach Collin Zeerip (left) and Justin Zeerip (background) give instruction. Photo/Leo Valdez

Hart’s Trace Tate makes a move during a match at the individual state finals. Photo/Leo Valdez