Whitehall boys suffocate Montague with stingy defense, roll to a 46-27 victory and a berth in the D2 district title game

WHITEHALL- With district tournament favorite Orchard View announcing that its season was suddenly over due to issues related to COVID-19, one half of the 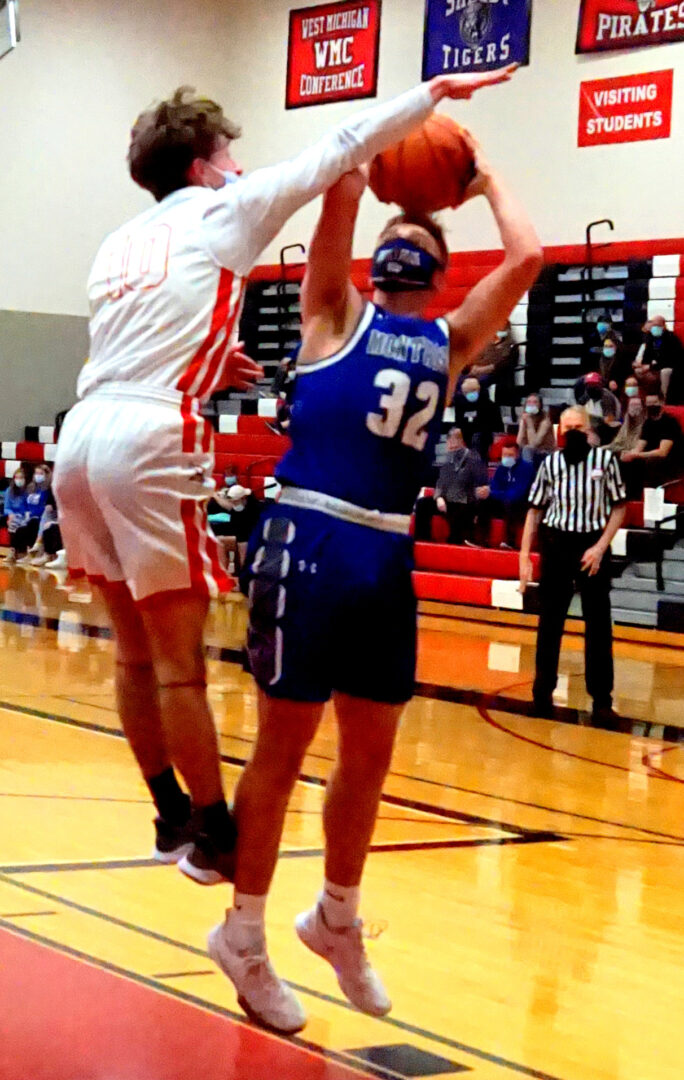 The big question was who the Lakers would be playing in the Saturday afternoon title game. Would it be a talented Whitehall team that went undefeated in West Michigan Conference play in the regular season, or a scrappy Montague team that’s good enough to give any opponent trouble on any given night?

It turned out to be Whitehall, which used stifling defense to roll to a 46-27 victory over the Wildcats in a district semifinal contest on its home court on Thursday night.

The Vikings improved to 13-3 on the season and will meet Spring Lake at 2 p.m. on Saturday for the district trophy. Montague finished the season with an 11-6 record.

“Our guys competed really hard on the defensive end,” Whitehall Coach Nate Aardema said about his team after the game. “Our whole team played really hard.” 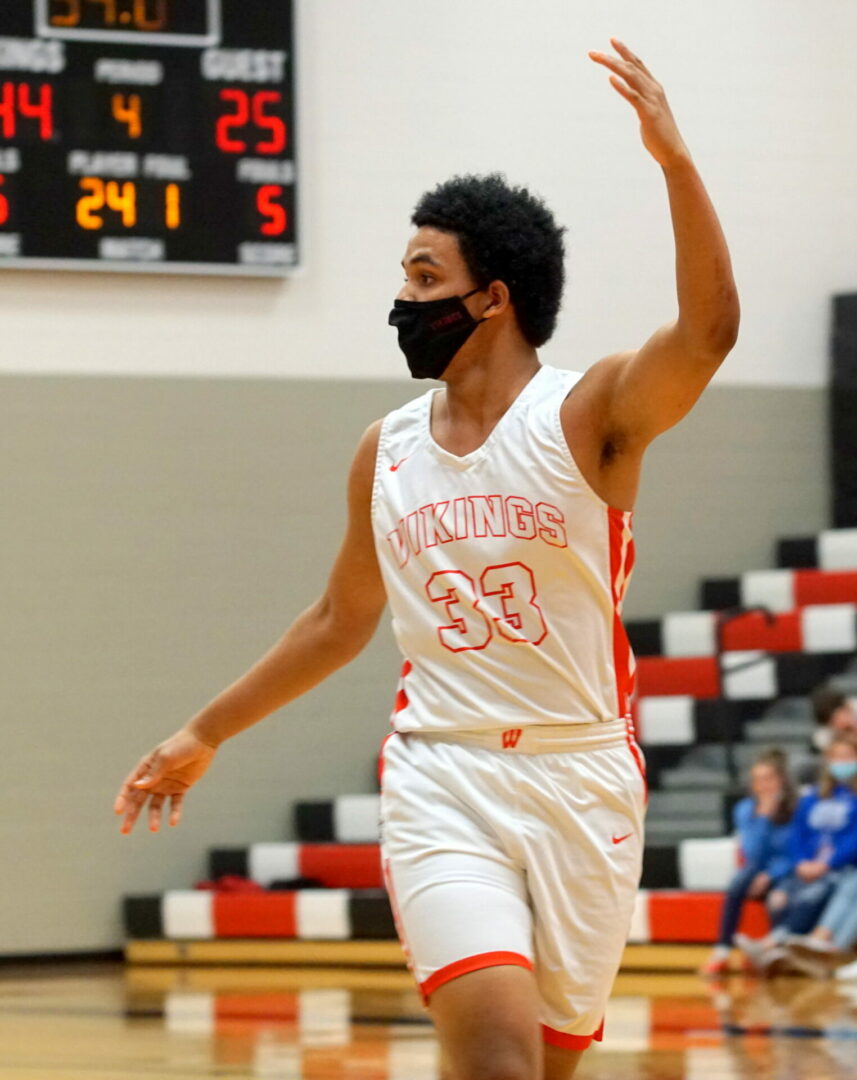 Jakarris Wiggers calls for the ball as he cuts through the lane for Whitehall. Photo/Leo Valdez

Tonight was Whitehall’s first game of the tournament, and its first game in 12 days, but Aardema said the layoff turned out to be a blessing.

“It’s tough to shoot with tired legs,” the coach said. “Having that bye really helped us out. We have had a lot of days of practice where we could rest our legs and get some shots up.”

The Vikings’ defense has been good all season, only allowing more than 55 points on five occasions. Thursday’s game was no exception, with the Vikings grabbing a 15-7 lead after one quarter.

The Vikings opened the second quarter with an 8-2 run to extend their lead to 25-11. The  teams traded buckets for the rest of the quarter, and the Vikings had a 31-16 advantage at halftime.

“For whatever reason, when we played them this year, we have shot ourselves in the foot,” said Montague Coach Dave Osborne. “That is attributed to the pressure that they put on us.”

The Vikings’ defense took the intensity to another level in the second half, only allowing five points in the third quarter, and six in the fourth. Whitehall led 44-21 after three quarters and cruised to the win from there.

The news about Orchard View spread well before the game, and Whitehall learned it had lost the chance for a showdown with the Lake 8 Conference co-champion Cardinals in the district finals.

“I walked into the gym, and that’s the first thing they said to me – ‘Did you hear about OV?’” Aardema said. “To have had such a magical year, and to have it end the way it did, I feel really bad for them, especially for their seniors.”

The Wildcats were led by Tugg Nichols with eight points while Drew Collins added six.