Reeths-Puffer girls, still feeling the effects of an extra late start to the season, fall to Wyoming 66-53 in O-K Green action

MUSKEGON TWP. – Every high school basketball team in Michigan had its season delayed by nearly three months due to the COVID-19 virus.

But the Reeths-Puffer girls squad had to stew even longer, waiting an extra week to play its first game due to five positive cases on the roster. 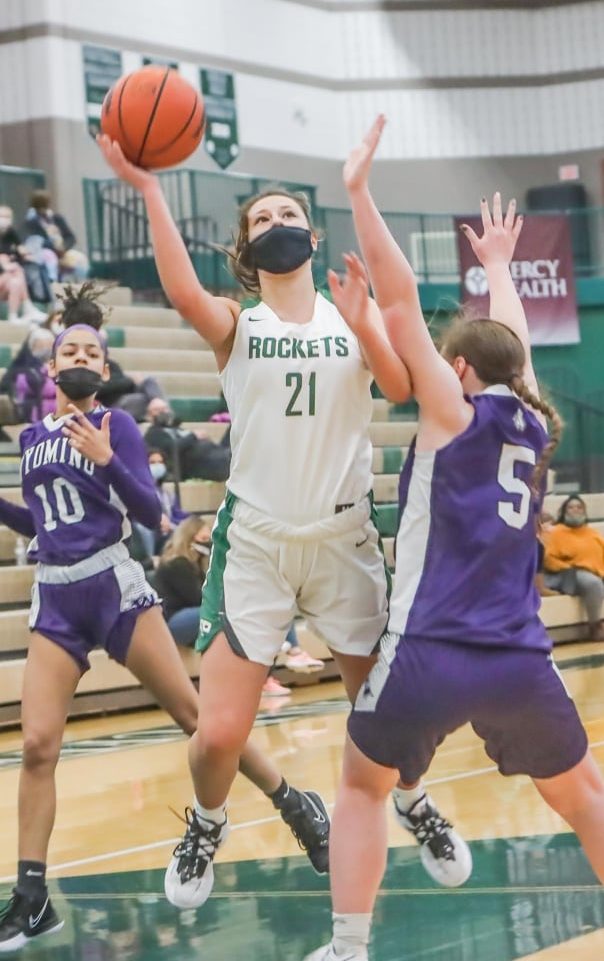 Sophia Hekkema goes up for a shot for Reeths-Puffer. Photo/Joe Lane

The lingering effects of that very late start were still evident on Tuesday, when the R-P girls fell 66-53  at home to Wyoming in an O-K Green conference matchup.

“That’s really part of our problem,” said Reeths-Puffer head coach Rodney Walker, who was one of those who tested positive for the virus. “It’s hard to build team chemistry on the fly.

“The girls are doing a good job, but basically every practice we’re not fixing things, but rather preparing for the next game, because we only have one day between most games.”

While R-P is still getting over the loss of graduated All-Stater Lauren Ross, the underclassmens’ rapid development is giving the program hope for a bright future. 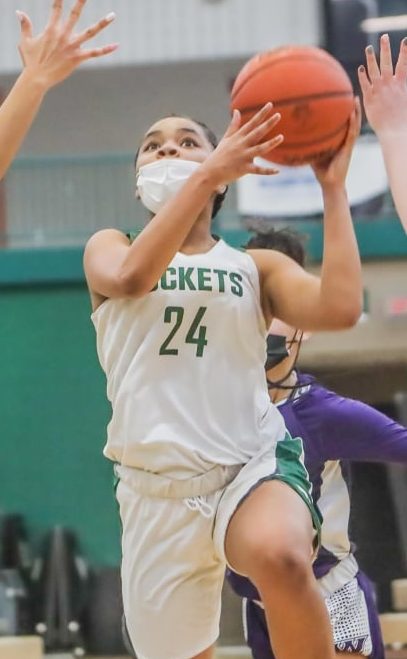 Ariel Walker finds room in the lane for the Rockets. Photo/Joe Lane

“They both are doing a really good job of understanding the game,” Walker said about the sophomores. “They’re getting real game experience without Ross and taking on some leadership themselves. They’re learning on the fly because we weren’t able to practice the way we need to.

“We’ll be a force if they continue to learn and grow. It’s a different kind of speed on varsity, and they kind of got acclimated last year, and now they’re stepping up into leadership roles and doing a good job of that.”

In the first half the Rockets struggled, trailing 16-9 after one quarter and 37-23 at halftime.

Hekkema led Reeths-Puffer with six points in the opening quarter while Hekkema and Arrionna Williams each totaled four points in the second.

After halftime, the Rockets found their launching pad and opened the third quarter on a 19-5 run which tied the game at 42-42 with 2:15 left.

“I told them to not try and get it back with one shot,” said Walker about his halftime message that inspired the third quarter play. “They went out and did a great job of playing hard.” 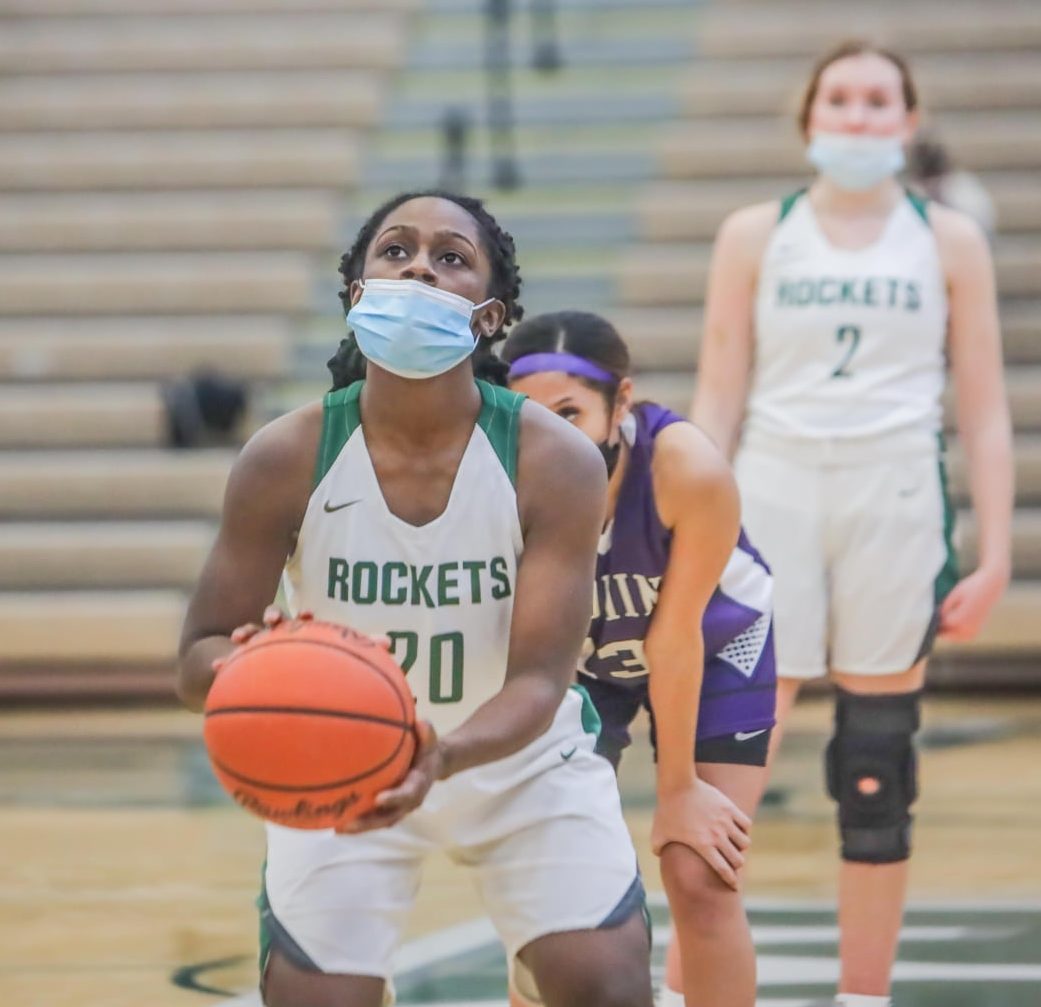 Wyoming closed the quarter on a 5-2 run, however, to take a 47-44 lead into the fourth. Williams had seven points in the third for R-P while Hekkema added six.

Reeths-Puffer fell to 2-4 overall and in O-K Green play. Wyoming improved to 6-3 overall and 6-2 in the league.

Williams finished with 11 points for the Rockets. Wyoming was led by Mimi Goodson with 15 points while Michelle McGee totaled 14.

The Rockets will next travel to Zeeland East on Thursday in hopes of finding their third win of  the year.

“We have to bottle up that energy from that third quarter tonight,” Walker said. “We have to be consistent with our effort, both offensively and defensively.”