The Muskegon Catholic Central boys basketball team trailed for most of the game, but rallied down the stretch to claim a 33-30 non-conference victory over Hart on

The Crusaders trailed 8-1 after one quarter, 10-9 at halftime and 19-18 after three, before outscoring the Pirates 15-11 in the fourth to squeak out the win. 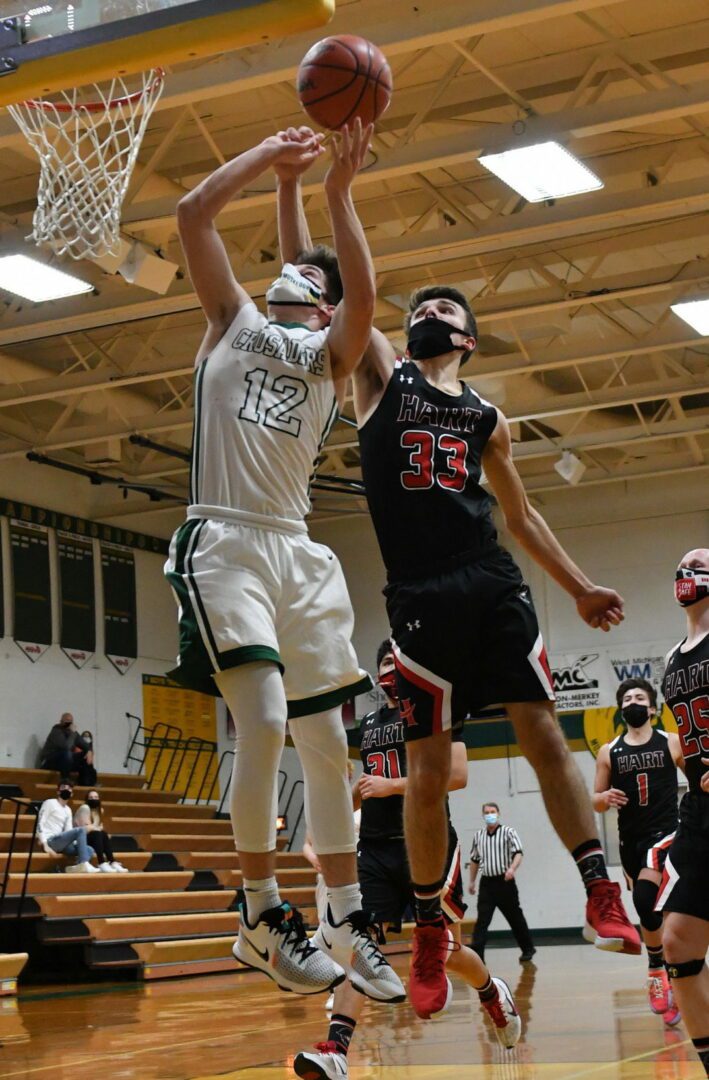 Hart had a chance to tie the game with 30 seconds left but could not score.

The Pirates were led by Tony Rayo with 10 points.

KENT CITY 61, HESPERIA 19 – A 20-0 lead after eight minutes was all the Eagles needed to take control.

ORCHARD VIEW 72, GULL LAKE 84 – The undefeated Cardinals trailed 15-10 after one quarter, then used a 20-8 advantage in the second quarter and a 17-12 edge in the third to gain their winning margin.

Orchard View is now 9-0 on the season.

MCC’s Dane Ruiz goes in for the layup. Photo/Michael Banka

Dane Rutz takes a shot from beneath the basket for MCC. Photo/Michael Banka