The Mona Shores hockey team’s dreams for state glory ended on Saturday in the Division 2 regional finals with a 3-2 loss to Byron Center at Kalamazoo’s Wings West Arena. 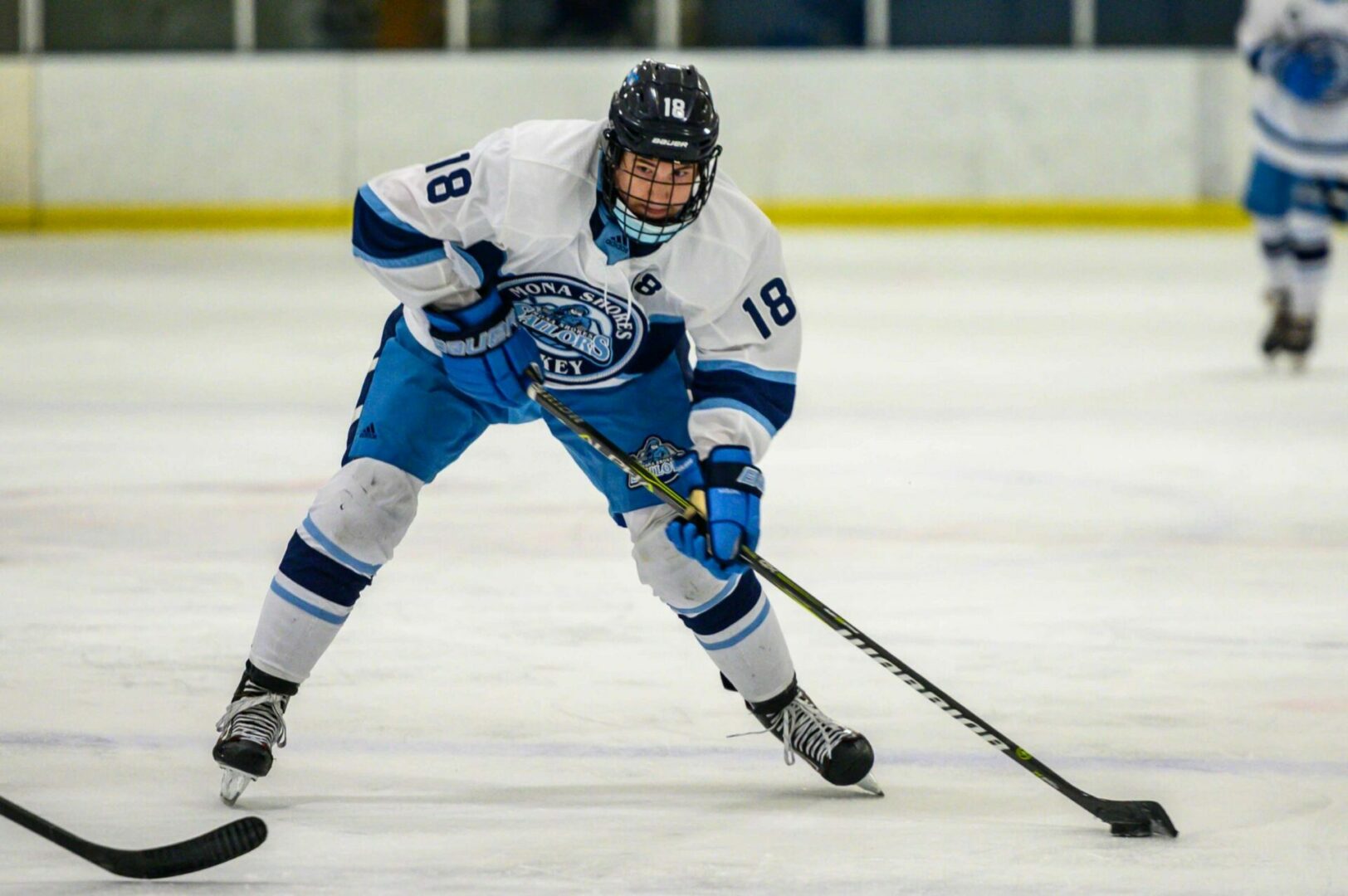 Landon Taylor is set to rip a shot. Photo/Eric Sturr

Mona Shores was looking to bounce back after reaching the regional finals last season.

Landon Taylor gave the Sailors a 1-0 lead midway through the second period with an unassisted goal. After Mona Shores let in a Byron Center goal, Trent Benedict put his Sailors team up 2-1 on a powerplay goal assisted by Ty Langlois.

Byron Center rallied in the third with a goal seven minutes in and took the lead with 3:05 left on a tally from Logan Nickolaus to seal the victory.

TJ Habetler makes the save and hangs on. Photo/Eric Sturr

Trent Benedict goes down low to rip the rebound past the Byron Center goalie for a power-play goal. Photo/Eric Sturr