Mona Shores girls get off to a hot start, then roll past host Grand Haven 50-34 in the Division 1 district semifinals

GRAND HAVEN – When it comes to playing a postseason game on an opponent’s home floor, surviving the first four minutes is crucial.

On Wednesday night, the Mona Shores girls basketball team didn’t just survive, but dominated the opening minutes before cruising to a 50-34 victory over Grand Haven in the Division 1 district semifinals at Grand Haven High School. 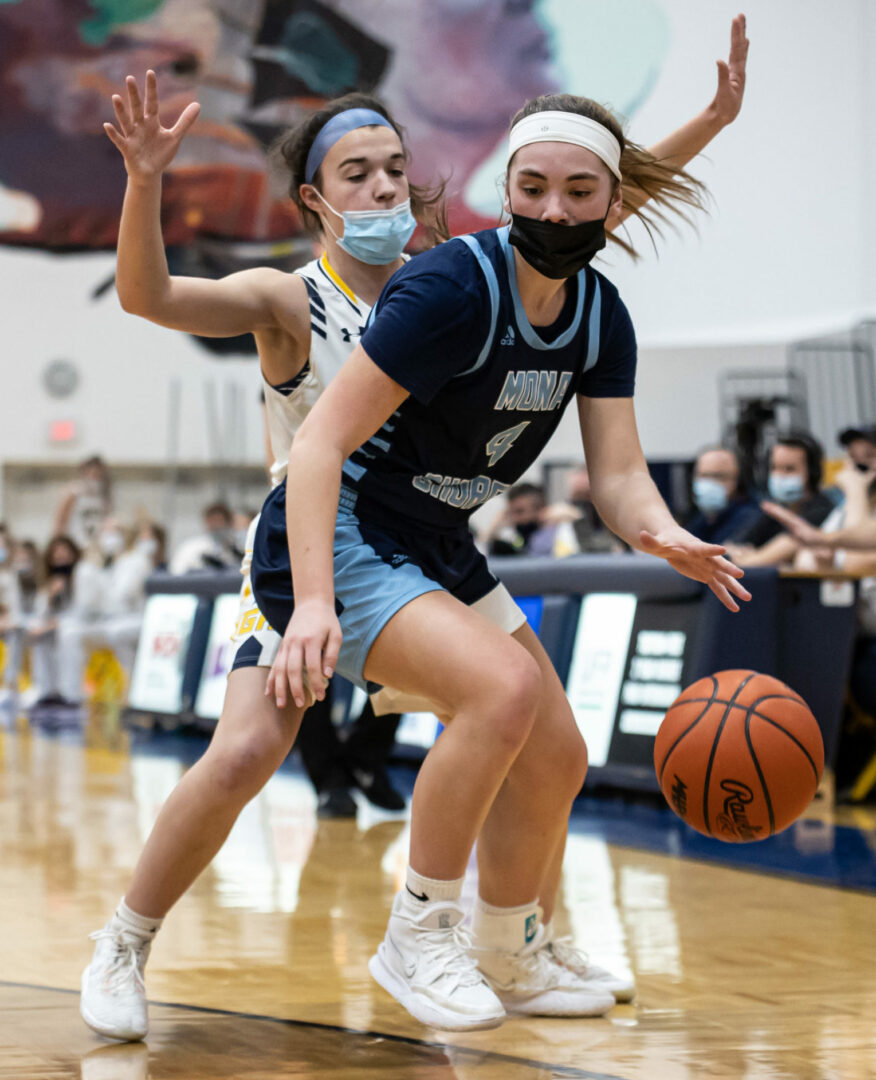 Mona Shores, now 13-3 on the season, advances to face Grand Rapids Union on Friday at 7 p.m. in the district championship game at Grand Haven.

The Sailors jumped out to a 13-0 lead and didn’t surrender a basket until the Buccaneers scored with just 2:21 left in the first quarter, and that set the tempo for the game.

“I was excited,” Sobczak said. “I think that when we’re all making our shots, we just build on it and we were knocking down everything. Seeing everyone’s shot go in is exciting.” 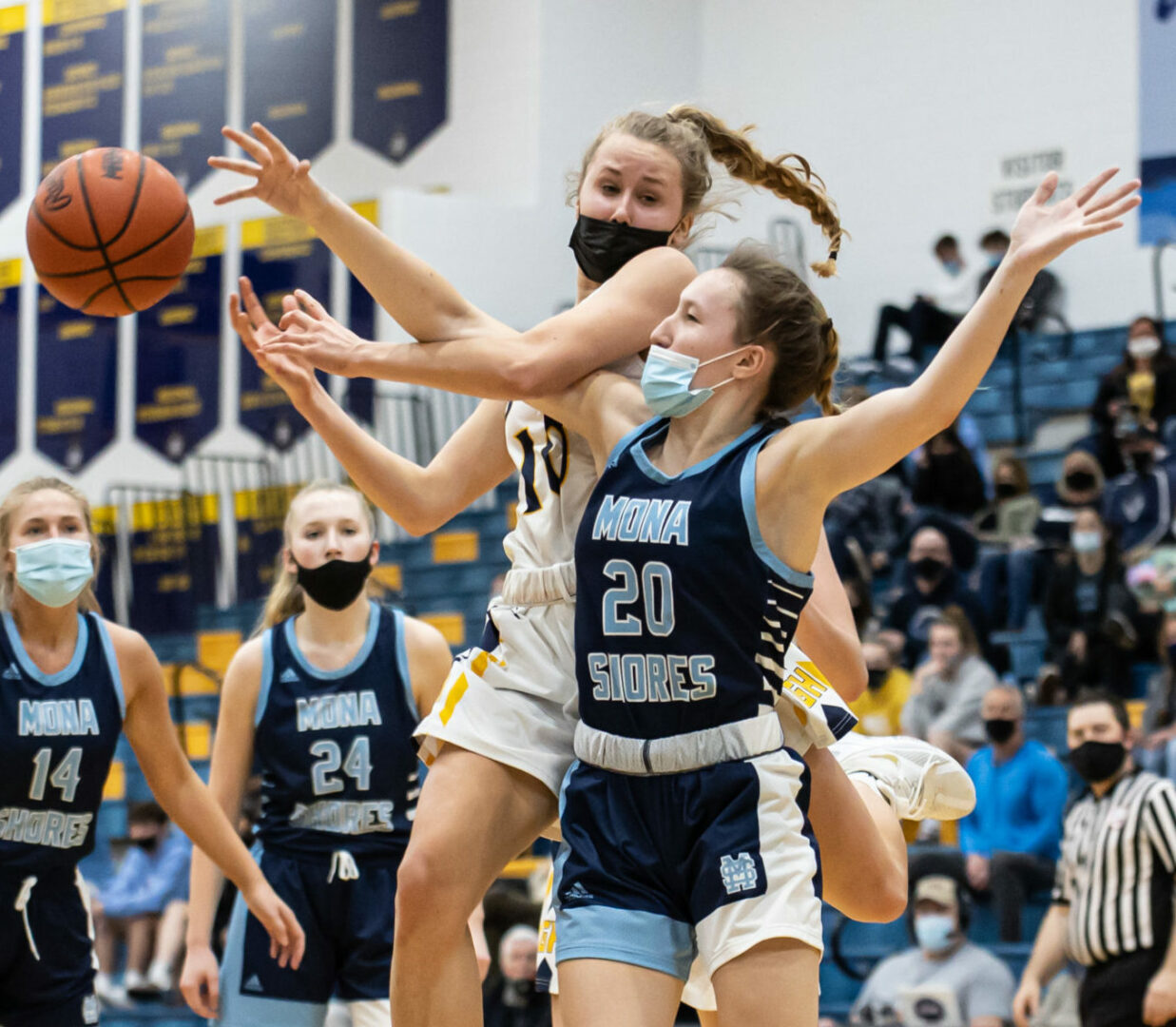 The Sailors’ strong defensive effort continued in the second quarter, and they increased their lead to 26-9 at halftime.

Mona Shores held Grand Haven to 4 of 9 shooting from the field in the first half, while also forcing four turnovers.

The teams were competitive in the third quarter, with Grand Haven outscoring the Sailors 11-10 and trimming its deficit to 36-20 heading into the fourth.

Each team scored 14 points down the stretch as the Sailors secured a spot in the district championship game.

LeRoux led Mona Shores with 12 points on the night while Sobczak added 11.

Grand Haven was paced by Zoe Spoelman with 11 points and Molly Long with nine. Grand Haven finished the season with a 4-12 record. 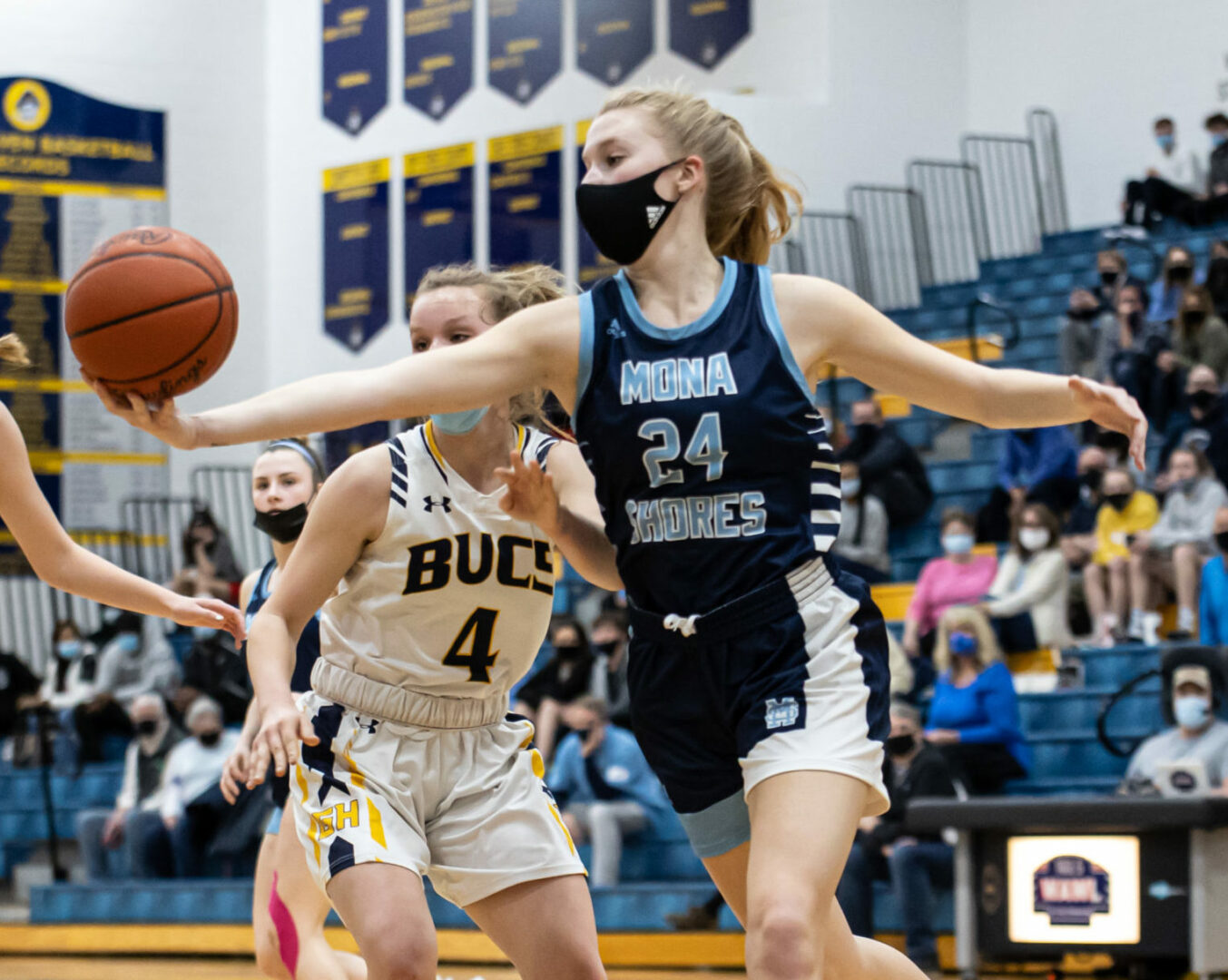 While the Sailors were happy with the victory, they are not going to celebrate too much too soon, because they anticipate a tough matchup against Grand Rapids Union in the finals.

“Union is a very athletic team,” said Phillips, whose team beat Union 62-50 and 56-45 earlier this season. “They play fast, and they push the ball. They put a lot of pressure on the perimeter and we’ll have to be disciplined.”

Sobczak is excited that she and her teammates get an opportunity to win another championship after clinching the O-K Green conference title last weekend.

“It’s amazing,” she said. “We’ve all put so much time and effort into this. Now we’re just getting that chance to show everyone what we can do.”

Grace Harrison dribbles around a pick from teammate No. 24 Zoe Spoelman as Mona Shores’ Brooke LeRoux gets slowed down. Photo/Tonya Pardon

Bri Wade goes in for a fast break for Mona Shores. Photo/Tonya Pardon