With just five seconds left, the Norse held a 63-60 lead with Ithaca inbounding the ball with a full court to go. 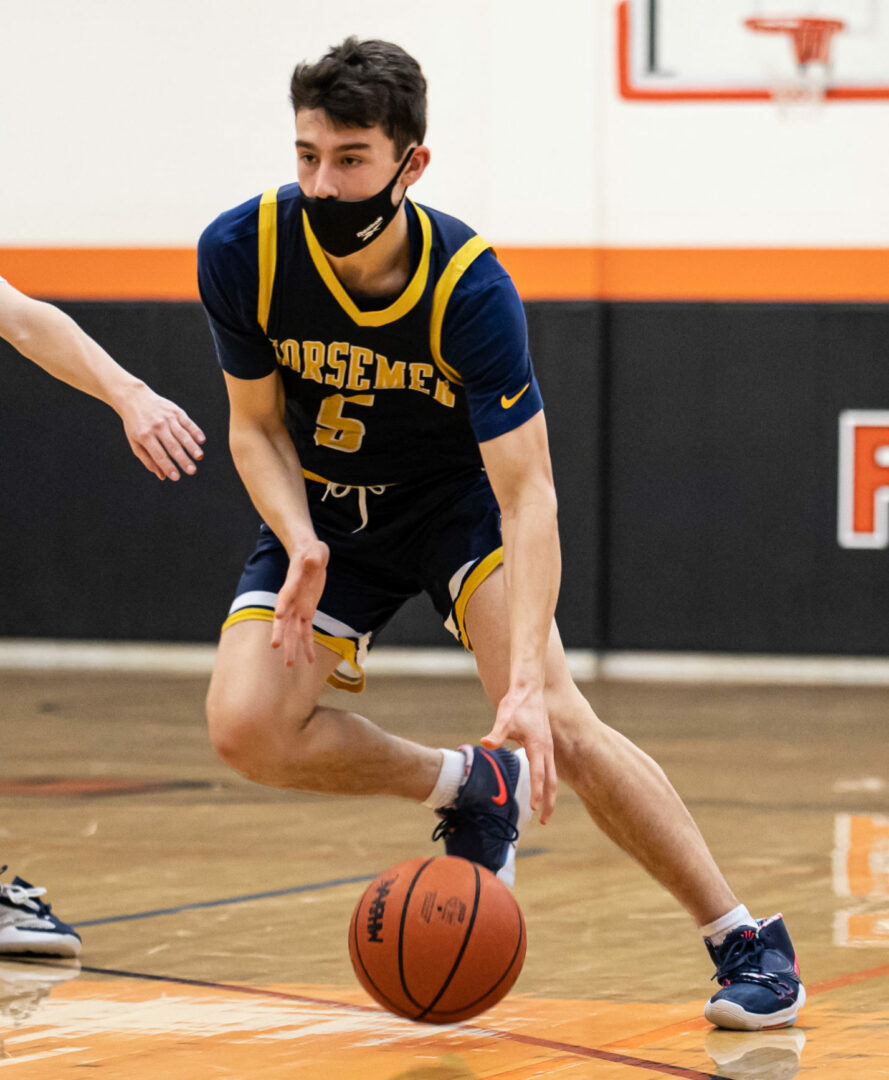 Troy McManus makes a move from the top of the key for North Muskegon. Photo/Tonya Pardon

Ithaca brought the ball up-court and got it to Brendan Wood, who launched a highly contested three-pointer as time expired.

The shot was no good, giving the suddenly hot Norse the victory.

“We said we’re going to stay on Wood the entire way,” said North Muskegon head coach Chuck Rypstra about the strategy on the last play. “The rest of the guys kind of made everyone else be a driver. He got something off, but It was pretty contested, so I was happy how we contested it.”

North Muskegon, now 10-8 on the season, will face Grand Rapids Covenant Christian on Thursday at 7 p.m. at Fennville in the regional final. The winner will advance to the state quarterfinals. 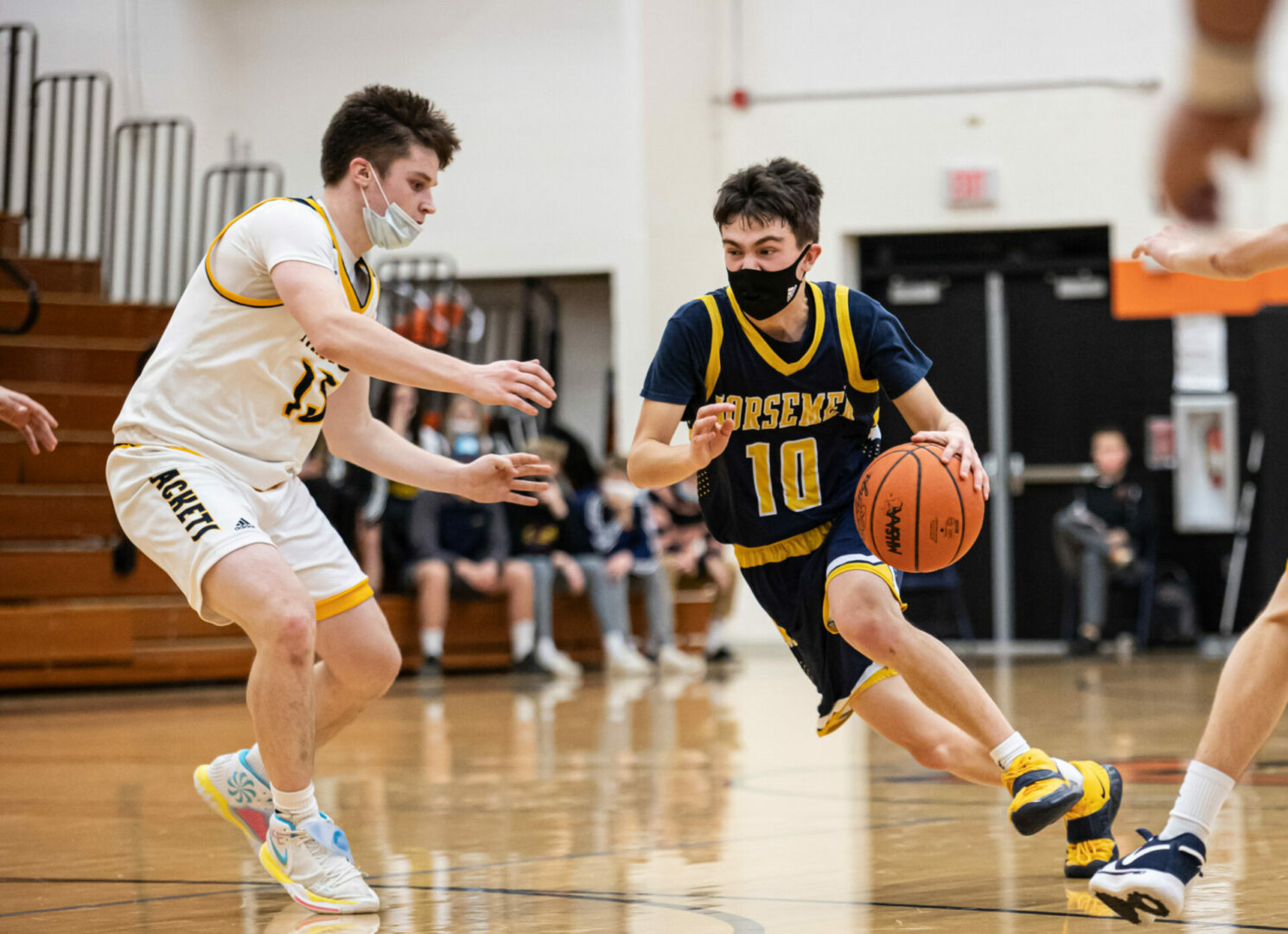 The Norse came out hot, shooting 50 percent to take a 22-9 lead after one quarter.

Both offenses were hot in the second quarter, with North Muskegon outscoring Ithaca 17-15 to take a 39-24 lead into halftime.

The Yellow Jackets didn’t back down. Ithaca outscored North Muskegon 26-11 in the third quarter, knotting the score at 50-50 heading into the fourth.

Wood had four three-pointers in the third quarter to spark the Ithaca comeback.

“He hit some bombs,” Rypstra said about Wood’s shooting display. “He hit some 30-footers and he was out there.” 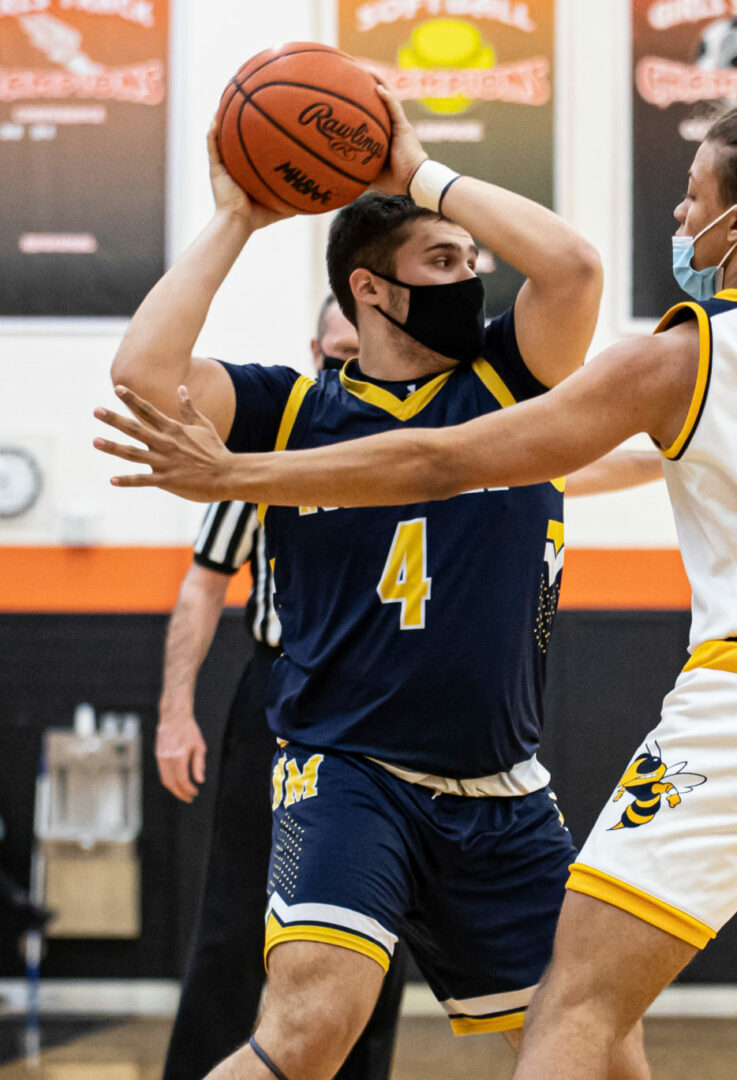 But Ithaca fought back again, cutting the Norse lead to 59-58 with 3:07 remaining in regulation.

A Will Gallo basket with 1:42 remaining extended the Norse lead to 61-58, before Ithaca quickly scored a two-pointer of its own to make the score 61-60 with 1:12 left.

“Just make the free throws,” said Gallo about his mindset on the line. “Hoping I didn’t have any sweat on my fingers or anything. I wanted to make sure I did everything I could to help my team win.”

An Ithaca shot missed the mark with six seconds remaining, and North Muskegon snagged the rebound and was fouled. The Norse missed the front end of a one-and-one, however, and an Ithaca rebound with five seconds left gave the Yellow Jackets one last chance to tie. 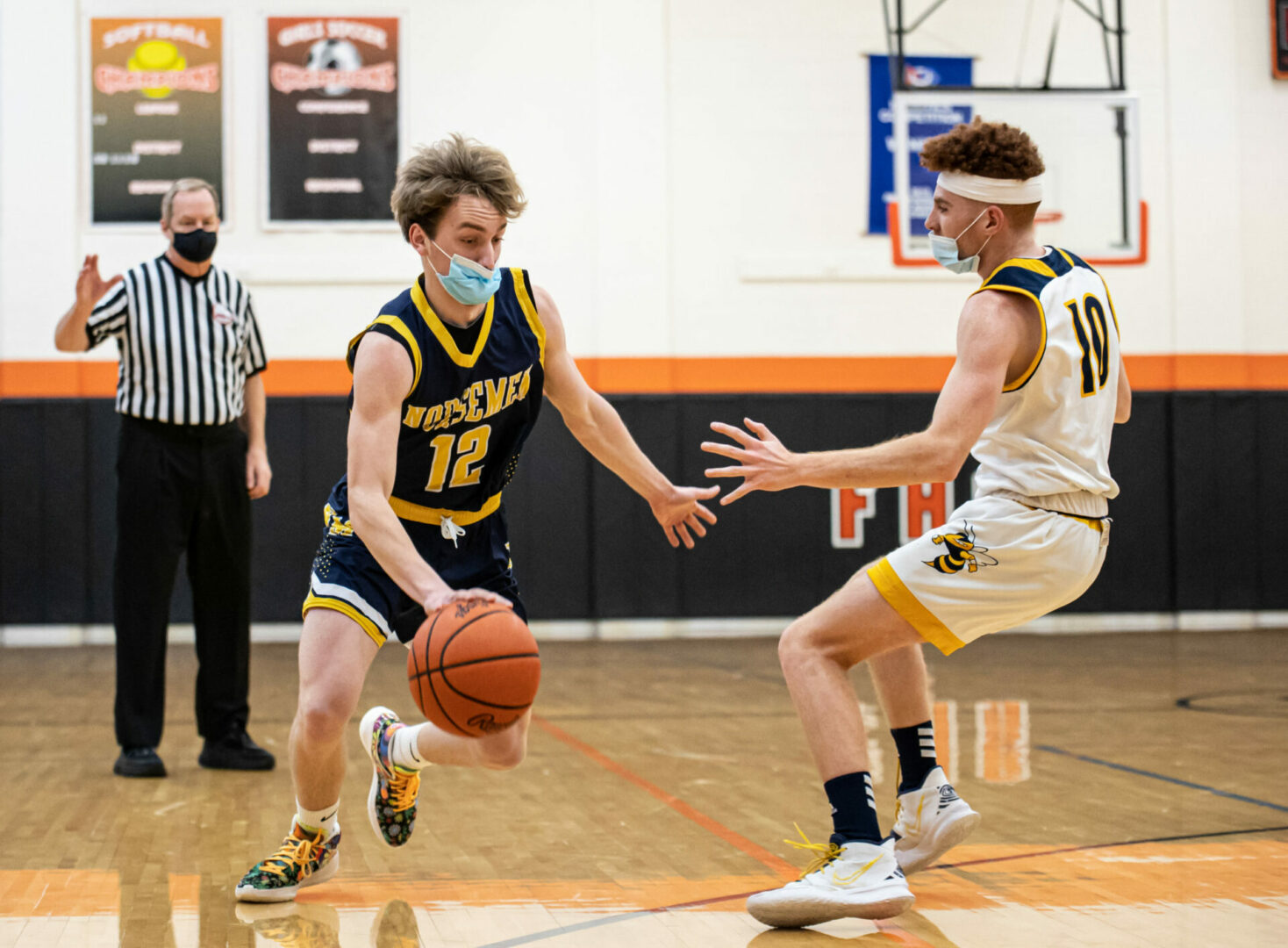 Ithaca called time out and drew up the final play, but the shot was no good.

“I was really scared,” said Brennen McManus about his thoughts while the Ithaca shot was in the air. “That kid knocked them down. He couldn’t miss and he played a great game. So I was just hoping it wouldn’t go in.”

“It’s a great feeling,” said Brennen about how fun the backcourt can be when he and his brother are scoring. “It was really our teammates who set us up. It was truly a team effort tonight.”

“It was really good in the first quarter and later,” said Rypstra about the ball movement his team displayed. “But it got a bit stagnant in the third quarter. It’s a good thing for our guys to see, because they can see the good things that happen when it’s moving and the bad things when it’s not.”

Ithaca was led by Gibson Marr with 16 points while Wood finished with 12.

When the Norse take the floor on Thursday to battle for a regional title, it will be the first time in Rypstra’s coaching career.

“To be the first to do that for him would be special,” Gallo said. “It’s really exciting.”

North Muskegon’s Will Gallo goes in for a layup. Photo/Tonya Pardon

Denny Belmonte goes up in the lane for North Muskegon. Photo/Tonya Pardon

Troy McManus makes a move from the top of the key for North Muskegon. Photo/Tonya Pardon