MUSKEGON TOWNSHIP – The Grand Haven boys basketball team had not played a regional game since 2012, but the Bucs certainly didn’t back down from

Grand Haven either held the lead, or kept the game close, throughout the first three quarters of play. 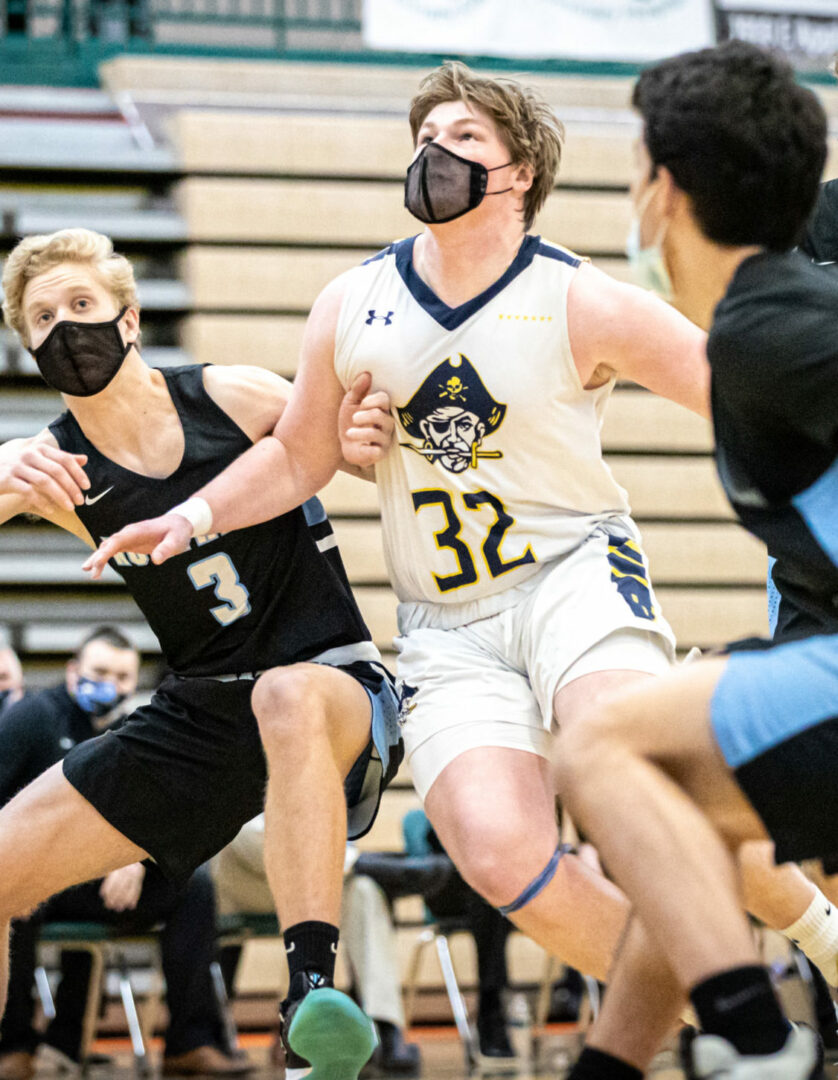 Grand Haven’s Landon VanBeek tries to find the inside on a rebound. Photo/Tim Reilly

But the Bucs struggled in the fourth quarter, could not hold on to its lead, and fell 61-57 in a Division 1 regional semifinal game at Reeths-Puffer High School.

The Buccaneers, who defeated Muskegon on Saturday to earn their first district title in nine years, finished the season with an 11-6 record. Forest Hills Northern, now 16-1, advances to Thursday’s regional finals.

“I thought it was a great game,” said Grand Haven Coach Greg Immink. “The majority of minutes played were at a high level by both teams. Forest Hills Northern is a great team that made plays down the stretch that we just didn’t make tonight.”

The Buccaneers played the final 6:46 of the game without Nic Stump, who foul out after scoring 11 points. The score was tied 46-46 when he left the game. 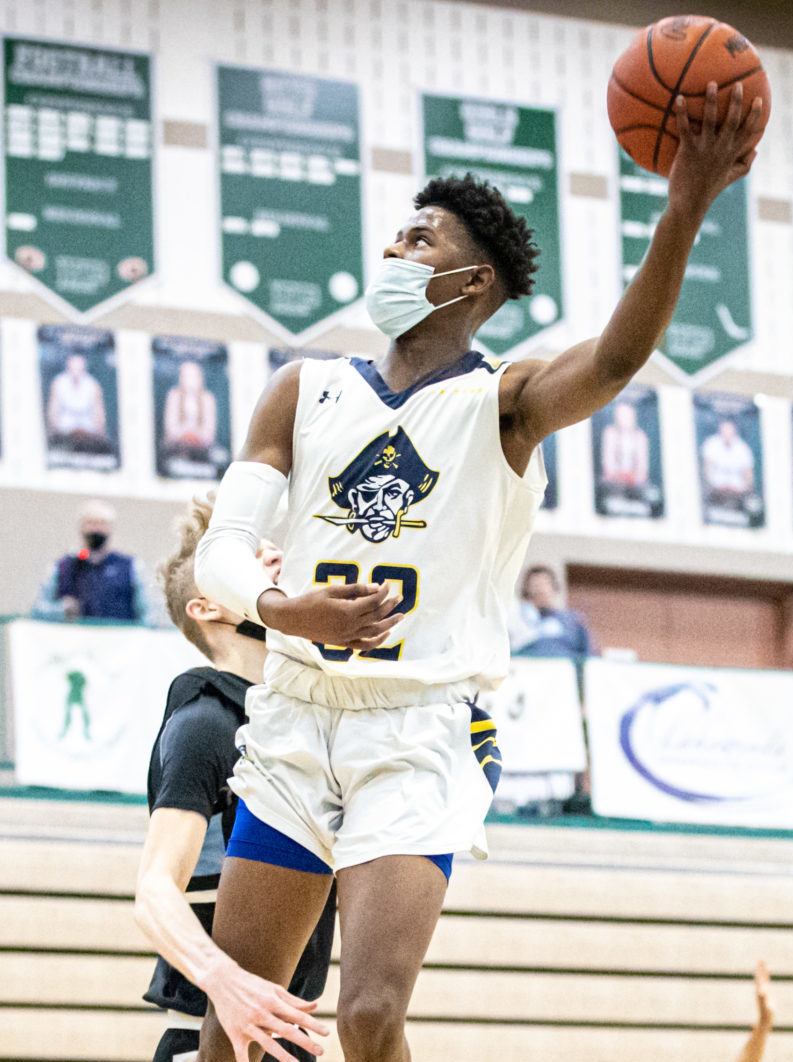 Bashir Neely takes a shot in the air for Grand Haven. Photo/Tim Reilly

“We were right there the whole game,” Immink said. “You are losing a first team All-Conference player and it is hard to replace that production. But I will say the guys that came in did an admiral job.”

The Buccaneers stated off slow, trailing 8-2 just two minutes into the game, but closed out the opening quarter with a 12-5 run to take a 14-13 lead going into the second.

Grand Haven never trailed during the second quarter, leading by as many as six points at 25-19 with 2:46 left.

The Huskies closed the gap before halftime with an 11-6 run to cut their deficit to 31-30 heading into the second half.

The contest remained tight during the third quarter. Grand Haven’s largest advantage was three points, while the Huskies held a one-point lead four different times. The score was tied 44-44 at the third buzzer.

Vanbeek and Sorrelle each scored four points in the third.

The teams traded baskets inside the first minute of the fourth quarter before Stump was called for his fifth foul with 6:46 remaining.

The Huskies made both of their free throws after the foul and led 48-46. Forest Hills Northern then went on a 9-2 run to take a commanding 57-48 advantage with 2:07 remaining.

The Buccaneers managed to cut the deficit to 57-54 with 54 seconds left, but the Huskies scored four of the final seven points of the contest.

Vanbeek paced Grand Haven with 13 points, while both Stump and Neely added 11 and Sorrelle chipped in 10.

Nic Stump claps while getting back on defense for Grand Haven. Photo/Tim Reilly

Grand Haven’s No. 10 LJ Barber tries to keep his balance with the ball. Photo/Tim Reilly

Owen Worthington waits for the play to develop for Grand Haven. Photo/Tim Reilly

Landon VanBeek gets a shot over a Forest Hills defender in the lane. Photo/Tim Reilly

Nic Stump gets the ball in the post for Grand Haven. Photo/Tim Reilly