The game started out slowly for Ravenna, which trailed 4-3 after one quarter and 16-7 at halftime. The Bulldogs picked up the pace in the second quarter, outscoring Oakridge 16-2, then sealing up the comeback victory with a 13-11 edge in the fourth. 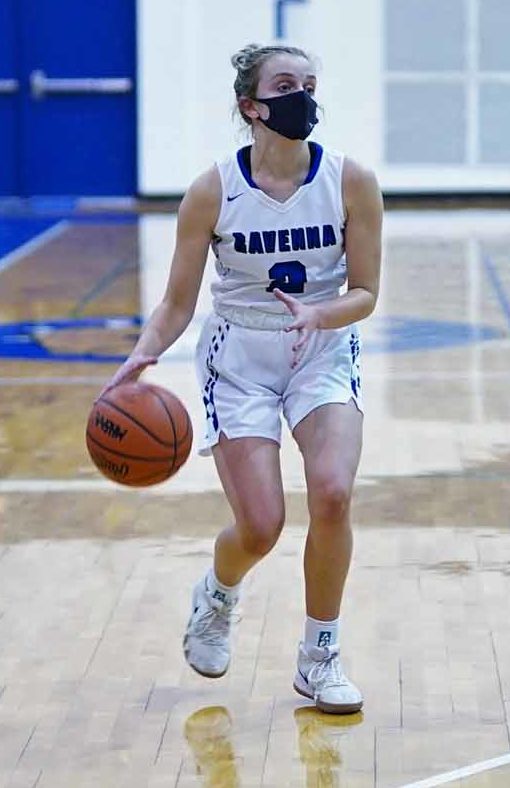 MORLEY-STANDOOD 51, HOLTON 14 – The Holton girls got off to a rough start in the new season, falling behind 18-3 after one quarter, 39-3 at halftime and 49-6 after three quarters.

WESTERN MICHIGAN CHRISTIAN 52, MANISTEE 30 – The Warrior boys kicked off the 2021 campaign with a resounding conference victory.

The Warriors only led 8-6 after one quarter, but then took control by outscoring the Chippewas 16-4 in the second quarter and 16-10 in the third,

Destyni Lane goes in for an Oakridge layup. Photo/Sherry Wahr

Oakridge’s Kyla Stewart goes up for a shot over No. 20 Emily Crowley and No. 5 Brie Bamford. Photo/Sherry Wahr

WMC’s Owen Varnado hangs on the rim after a dunk. Photo/Randy Riksen