MUSKEGON TWP. — The Orchard View boys basketball team has three goals this year — to come together as much as they can, win the conference and go deep into the state tournament.

The Cardinals took a step toward the Lakes 8 crown with a 79-61 win over Western Michigan Christian. Both teams entered the night 4-0 in conference play, and OV now has a one-game lead after their victory on Friday. 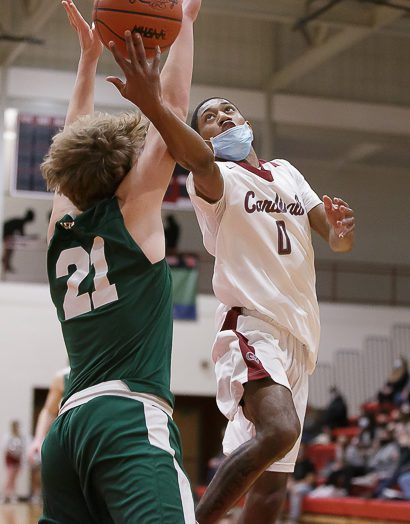 The game was a close battle in the first half and into the third quarter, but the experienced Cardinals pulled away late.

“The first goal was to win the conference, that’s one we’re working on,” OV coach Nick Bronsema said. “We’re lucky to have eight seniors on this team. We’ve had guys at this level for quite some time and they’ve been in tight games like this.”

The Warriors trailed by just two points at halftime, 28-26, but turnovers and transition buckets for OV let the game get away.

“We had a stretch in the first half and a stretch in the second half where they went on a run,” WMC coach Kurt Gruppen said. “We turned the ball over, had some misses. If you struggle to score in stretches, they’re able to get run outs and they’re good in transition.” 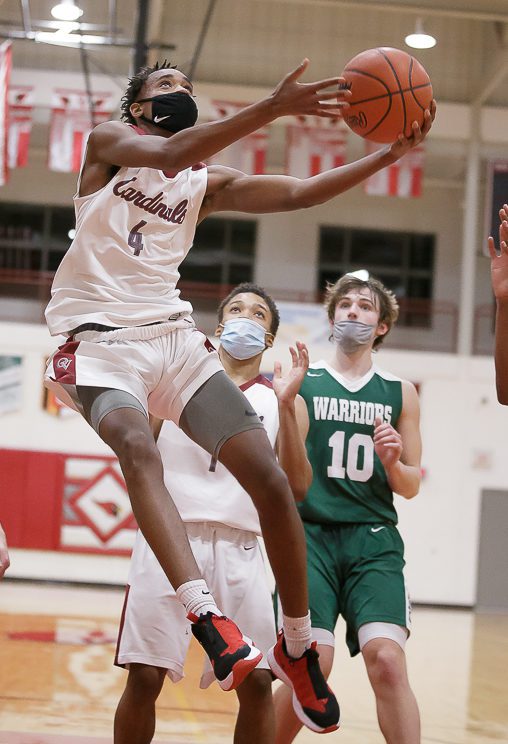 While Cardinals star Ke’Ontae Barnes put up 24 points — a hair below his season average of 25.5 per game — despite struggling with his shot, it was senior Larry Brewer that led OV with 25 points.

“Larry was hooping,” Barnes said. “That was by far his best game, I’ve never seen him come out with that kind of energy.

“It was my teammates that just thrived off the energy we had and brought us back up, because my shot was not falling.”

“I felt (Brewer) really turned it on this summer as far as workouts and taking things seriously,” added Bronsema. “I don’t want to jinx him, but the free throws and three-point shots he made tonight, he couldn’t (make those last year).”

Brewer connected on three long-range shots Friday, in addition to going 4-4 at the foul line.

With the Cardinals out to an 8-0 start overall (5-0 in the conference), Barnes and company have their sights set on big goals. 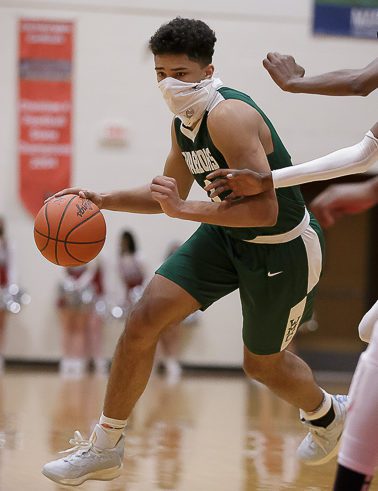 “This is a real special group,” Barnes said. “We’ve got a chance to go all the way to the Breslin with it. That’s the goal. We’re just going to keep taking it one game at a time, and hopefully we get there.”

The Warriors scored the first basket of the game, but OV responded with a 7-0 run and never trailed again. The Cardinals held an 11-8 edge at the end of the first.

The offenses picked up a bit in the second, with WMC grabbing an 18-17 edge in the quarter. The Warriors ended the half on a 9-2 run to get back within two heading to the break at 28-26.

Orchard View outscored WMC 23-20 in the fourth quarter to close out the win.