MUSKEGON – The Muskegon Lumberjacks already had a strong roster, as evidenced by the success they’ve had over the first two months of the season.

Now the Jacks appear to be even more skilled on the ice, thanks to the recent addition of three players.

The Lumberjacks recently welcomed forward Brad Marek, forward Quinn Hutson and goalie Nate Reid, and none of them took very long to make their presence felt.

Marek scored the game-tying goal, and then the game-winner in overtime, in a 5-4 victory over the first-place Chicago Steel on Dec. 18. Hutson scored two goals last Wednesday in a 7-1 win over Dubuque, then added another goal the next night. Reid got his first start and victory in goal on Saturday in a 4-3 win over the Team USA Under-17 squad.

Two of the three new players – Hutson and Reid – came to the Jacks because they couldn’t play with their former teams this season for reasons connected to COVID, and were looking for a home for the balance of the season.

Hutson started this season in the British Columbia Hockey League, but had to leave because of a new COVID-related league rule banning players over 18-years-old, according to Lumberjacks Coach Mike Hamilton. 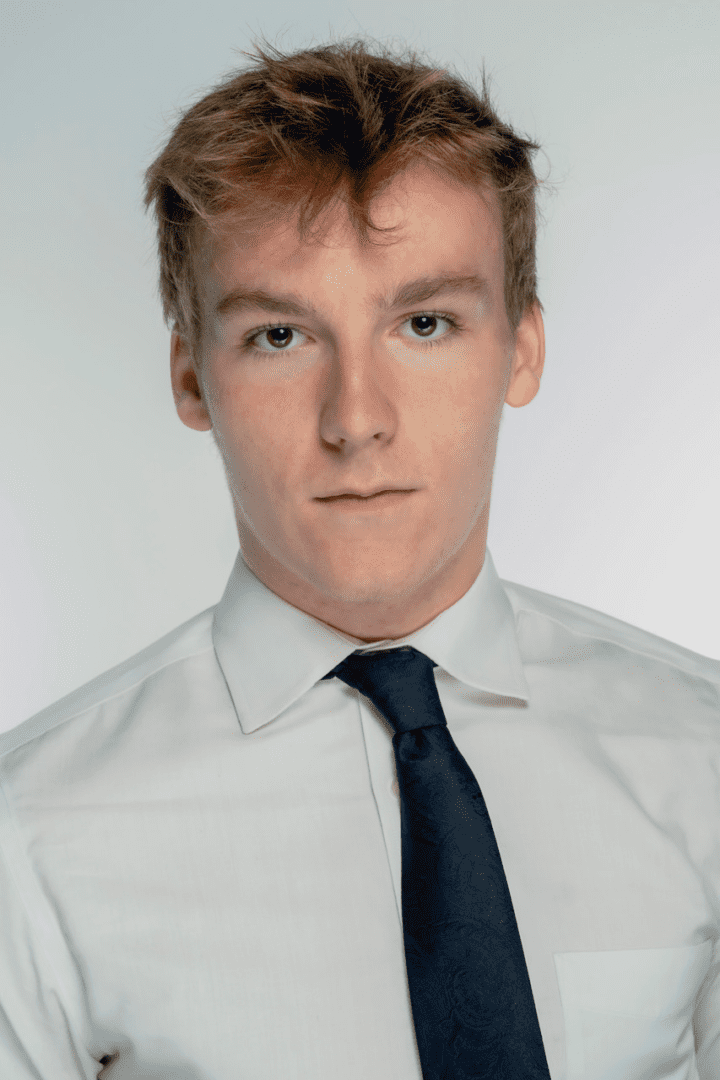 His arrival in Muskegon is expected to help take the sting out of the recent loss of forward Christophe Fillion, a big scorer who departed to start his collegiate hockey career at Quinnipiac University. Last season Fillion had 14 goals and 22 assists in 49 games with Muskegon, and was expected to be a big part of the attack this year.

“He’s a puck magnet,” Hamilton said about Hutson. “It just seems to fall to him. In his very first game here, he had two breakaways. He always puts himself in the right position. He’s a good one.”

Marek, a rugged 20-year-old forward, is a USHL veteran in his fourth and final year in the league. He spent his first two seasons with the now-defunct Central Illinois squad, then spent last year and the first part of this season with the Youngstown Phantoms. He came to Muskegon in a recent trade for a draft pick.

Marek has never been a huge scorer in the league, but brings a physical presence that the Lumberjacks have needed, according to the coach.

“He’s a veteran guy from Big Rapids, so he has local roots,” Hamilton said about Marek. “Our penalty killing has been struggling, and he’s a penalty-killing specialist. He’s a meat and potatoes type of guy that we needed in a bad kind of way.”

Reid, 20, is a former USHL goalie who spent 2018-19 and 2019-20 with Sioux Falls, before moving on to play college hockey at Yale University. But the Ivy League is not competing this season due to the pandemic, so he headed back to juniors and found a spot in Muskegon.

Reid joins Lumberjacks goalies Jan Skorpik and Christian Stoever, who have been sharing net duties through November and December. Stoever began the season as the starter, while Skorpik has been getting the majority of the playing time lately. 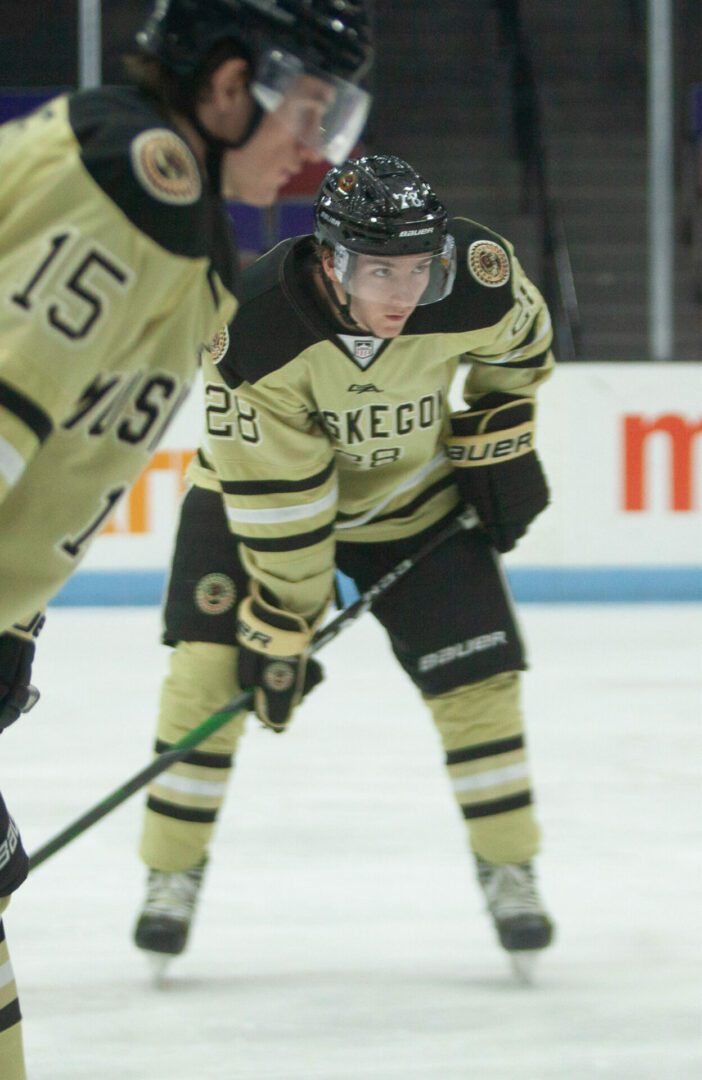 Hutson gets ready for a face-off during the Lumberjacks game against Dubuque on Dec. 30. Photo/Jason Goorman

Now the two of them will be competing with Reid for two permanent roster spots. Skorpik seems to have an inside track to stick with the team, since he’s age-eligible to return next season, so Stoever and Reid will likely be battling for the final spot.

“We’ve got three good goalies here, and it’s turned into a very healthy competition,” Hamilton said. “It will only make us better. Every day, every drill, they are battling for a position. It’s been fun to watch them grow.”

When asked if the Jacks could keep all three netminders all season, Hamilton said “We could, but we’ve got a lot of roster spots eaten up right now. I think (the goalie competition) will play itself out over the next few weeks.”

The Lumberjacks also have two more new players who will be suiting up for the first time this weekend – forward Frankie Carolgioiello, another legitimate scoring threat who was also playing in the British Columbia league, and defenseman Luke Krys, who would have been playing at Brown University this season.

One mark of a championship-caliber team is the ability to bounce right back up after an ugly defeat. The Lumberjacks have done that twice in the past few weeks.

On Dec. 18, the Jacks overcame an early deficit and were within a few minutes of beating first-place Chicago, then gave up two goals in the final three minutes and lost a heartbreaker, 6-5.

That sudden loss could have been devastating for their confidence, and would have allowed Chicago to pull nine points ahead of Muskegon in the standings. But the Jacks mentally regrouped the very next night and gutted out a 5-4 overtime victory over Chicago.

On Dec. 30, the Jacks were plagued with penalties and lost 5-3 at home to Dubuque, one of the worst teams in the league. But last Saturday, in their next game, they went on the road and beat Team USA 4-3 to once again get back on the winning track. 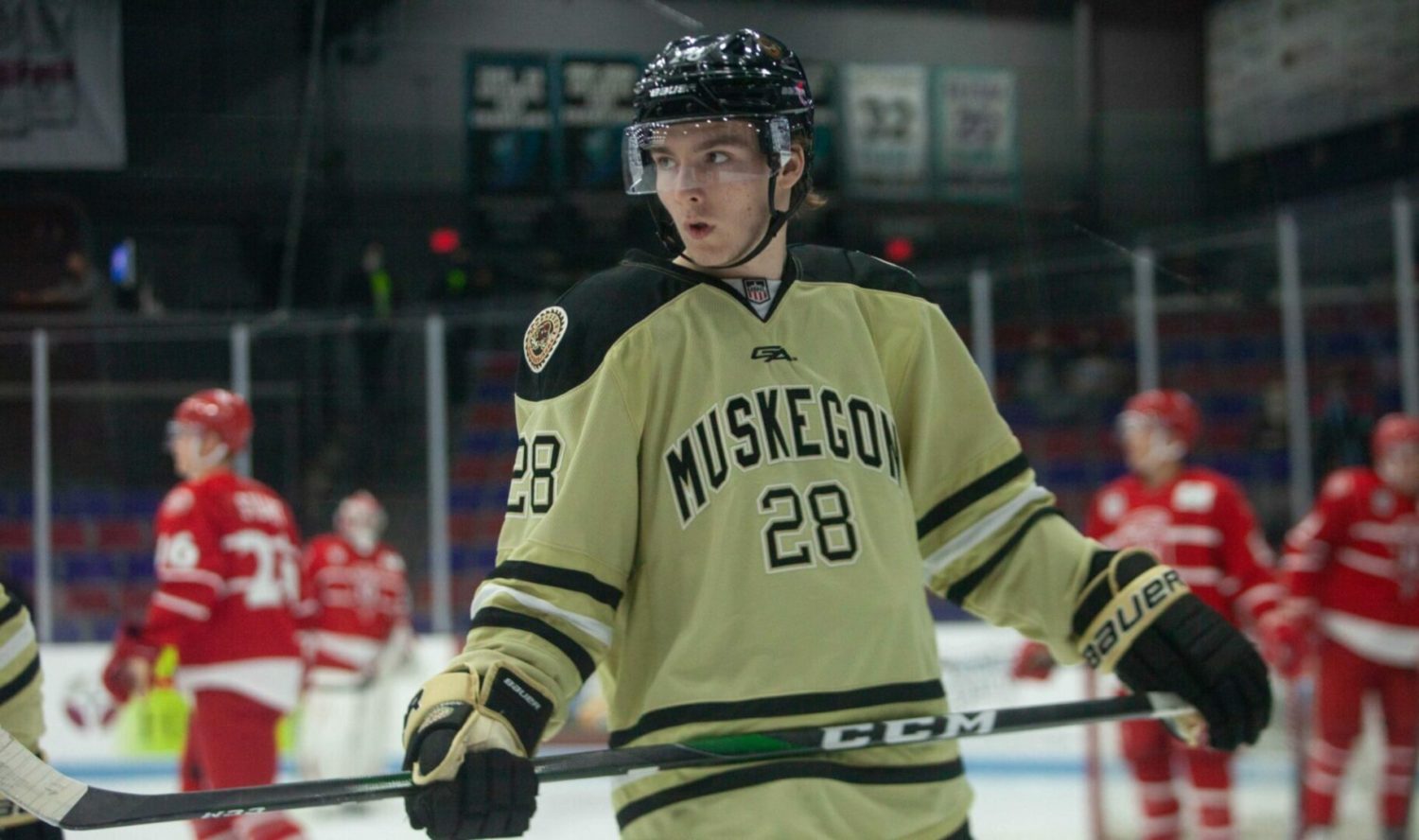 That ability to recover from a disappointing performance is huge, according to Hamilton.

“One of our goals is not to lose back-to-back games,” the coach said. “You do that and you’re going to have a very successful season. (Saturday) was a great bounce-back game for the guys.”

The Lumberjacks have been battling with the Green Bay Gamblers for second place in the USHL’s Eastern Conference for most of the season, with Chicago remaining just ahead of both teams in the standings.

Currently the Jacks have a 9-5-1 record and are in third place with 19 points (teams get two points for a win, one for an overtime loss, and none for a loss). Green Bay is just two points ahead with 21, while Chicago is first with 24.

The Jacks will try to overtake the second spot this weekend when they play a pair of games in Green Bay against the Gamblers, on Friday and Saturday night. Both games will begin at 7:10 p.m. central time, which is 8:10 p.m. our time.

“We have one heck of a stretch coming up here,” Hamilton said. “We play (Green Bay) four times over the next two weeks. We want to go on the road and do well. It’s an opportunity for us to try to catch second place. They are a good hockey team. We lost to them in the second game of the year, but we think we’ve improved since then.”