LANSING – The Muskegon football team was 12-0 in state semifinal football games before losing 14-0 to DeWitt on Saturday in the Division 3 semifinals at Lansing Catholic Central High School. 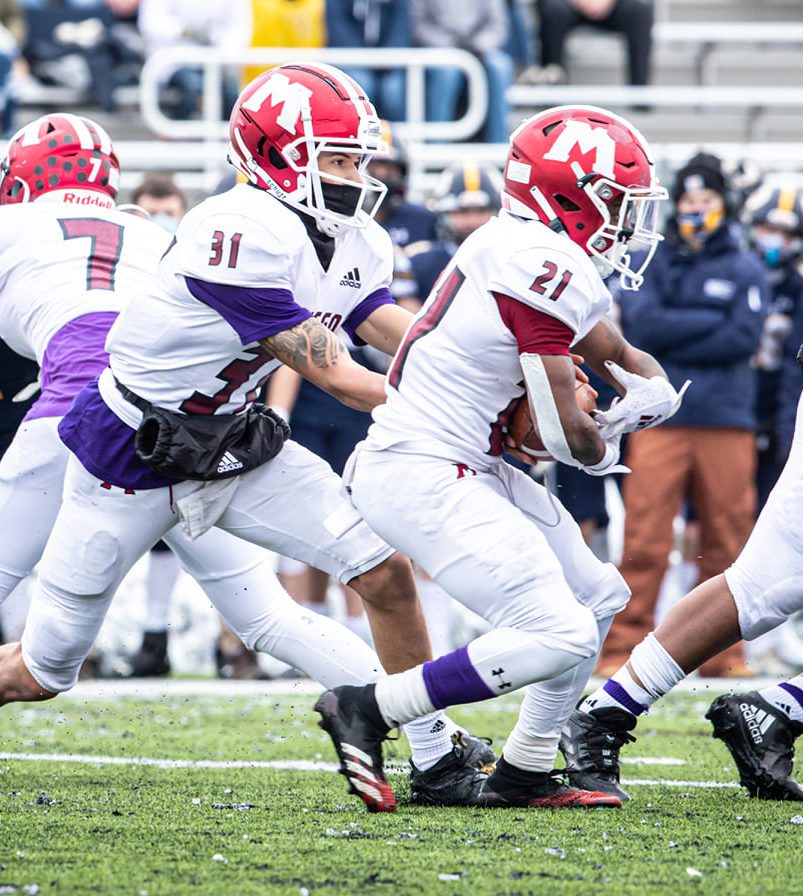 While the loss is disappointing, you won’t hear veteran head coach Shane Fairfield expressing any disappointment in his team.

“I’m proud of our guys,” said Fairfield, whose squad was trying to qualify for its fifth straight appearance in the state finals. “They played their hearts out. They competed and showed me a lot of heart. Muskegon football will be back.”

The two teams went scoreless in the first half on Saturday, with Muskegon being limited to only one first down and negative 10 yards of offense in 24 minutes of play. Dewitt didn’t fare much better, totaling just 72 yards in the first half.

In the third quarter, DeWitt took a 7-0 lead with 8:02 remaining on a 13-yard touchdown run by Andrew Debri.

On the first possession of the fourth quarter, Muskegon faced a fourth-and-six from the DeWitt 27-yard line, still trailing by just one score.

Big Red quarterback Amari Crowley dropped back to pass and appeared to connect with Myles Walton, who made a spectacular catch at the DeWitt 3-yard line.

The closest official to the play called the pass complete, while an official down the sideline said Walton was out of bounds when he secured the ball.

After a lengthy discussion between the officials, the pass was called incomplete and DeWitt took over on downs, taking important momentum away from Muskegon. 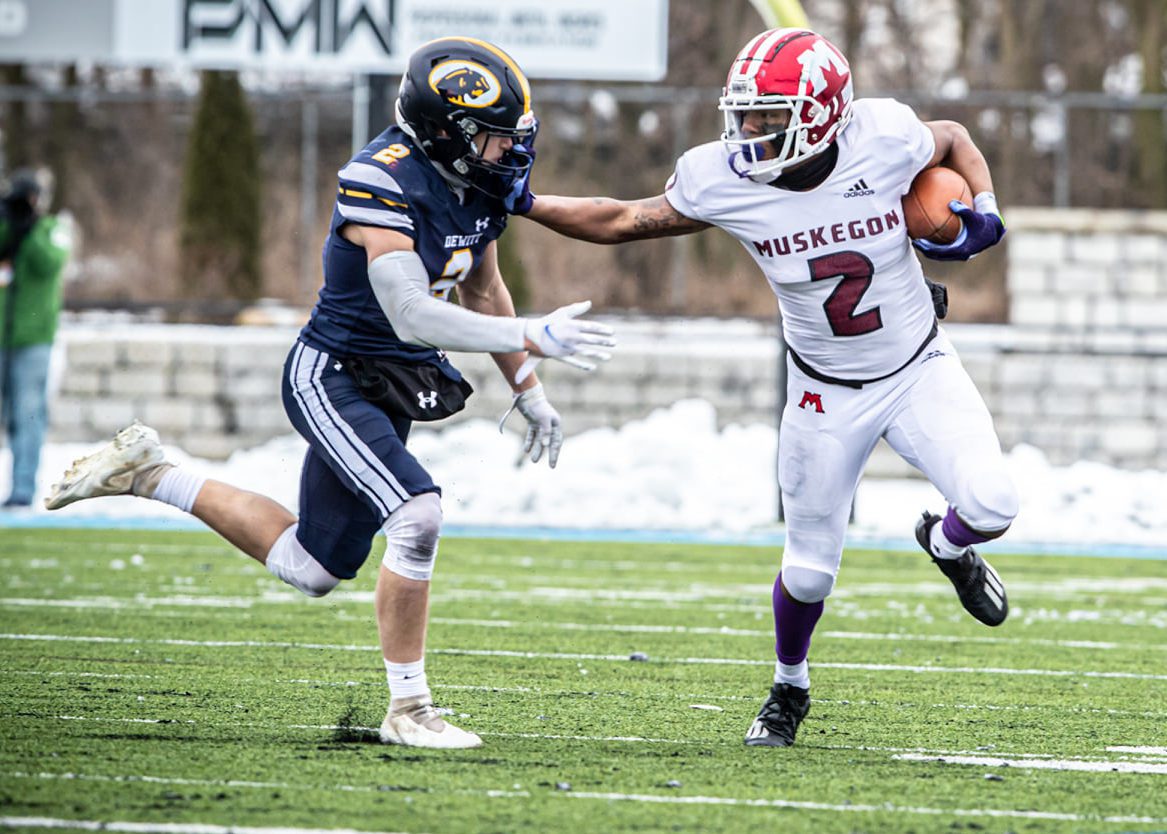 “Upstairs I got word that on a television screen he was in,” Fairfield said about the controversial play. “I don’t know why the controversy. But I can’t talk about the officials.”

On the ensuing drive, DeWitt went on an 11-play, 73-yard scoring drive to take a 14-0 lead. Quarterback Tyler Holtz plunged into the end zone on a 13-run with just 3:53 remaining.

On the following Muskegon possession, Crowley was intercepted by Debri with 2:49 remaining, all but ending the Big Reds’ hopes for a rally.

DeWitt then got a first down and was able to run out the clock and secure the big win, which avenged a loss to Muskegon in last year’s semifinals.

Crowley completed 4 of 10 passes for 36 yards while running back Jacarri Kitchen totaled 27 yards on nine carries. 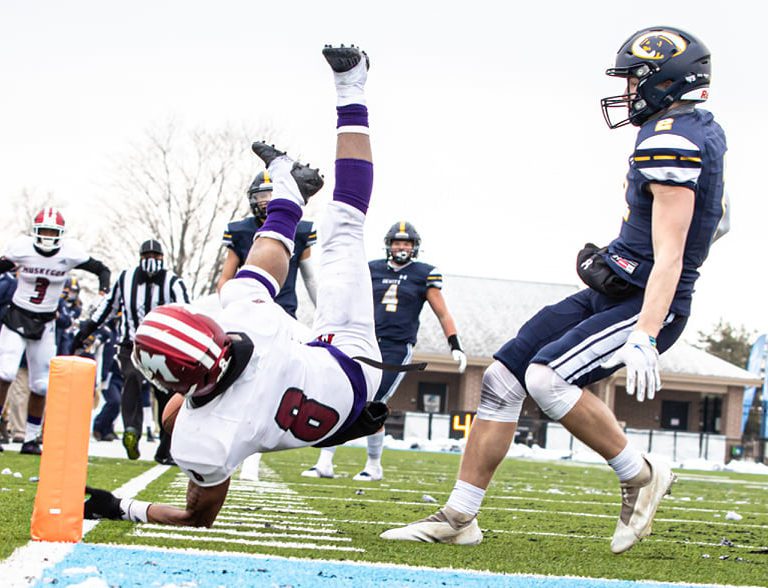 Muskegon receiver Myles Walton comes down with a catch on a play that was ruled out of bounds. Photo/Tim Reilly

Undefeated DeWitt will next play River Rouge in the Division 3 finals at Ford Field. Muskegon finished the season with a 9-2 overall record.

The Big Reds will graduate 14 seniors who will all be greatly missed, according to Fairfield.

“They leave a heck of a legacy,” the coach said. “They’ve been a part of nine straight district titles, five straight regional titles and eight of 10 semifinal appearances. This group is always going to be forever in my heart, like all teams. It doesn’t take a championship trophy or a title game appearance to change my mind on that.”