MONTAGUE – Every high school football team focuses on ending its season by hoisting a state championship trophy – particularly those teams that have survived this far into the season.

But for Montague, there has been a different game circled on the ever-changing calendar this season, and now it’s only two days away. It’s the Division 6 state semifinals, a game they believe they should have won last season.

The Wildcats led Maple City Glen Lake 24-10 in the fourth quarter of last season’s semifinal, before eventually losing 31-30 in an overtime heartbreaker. 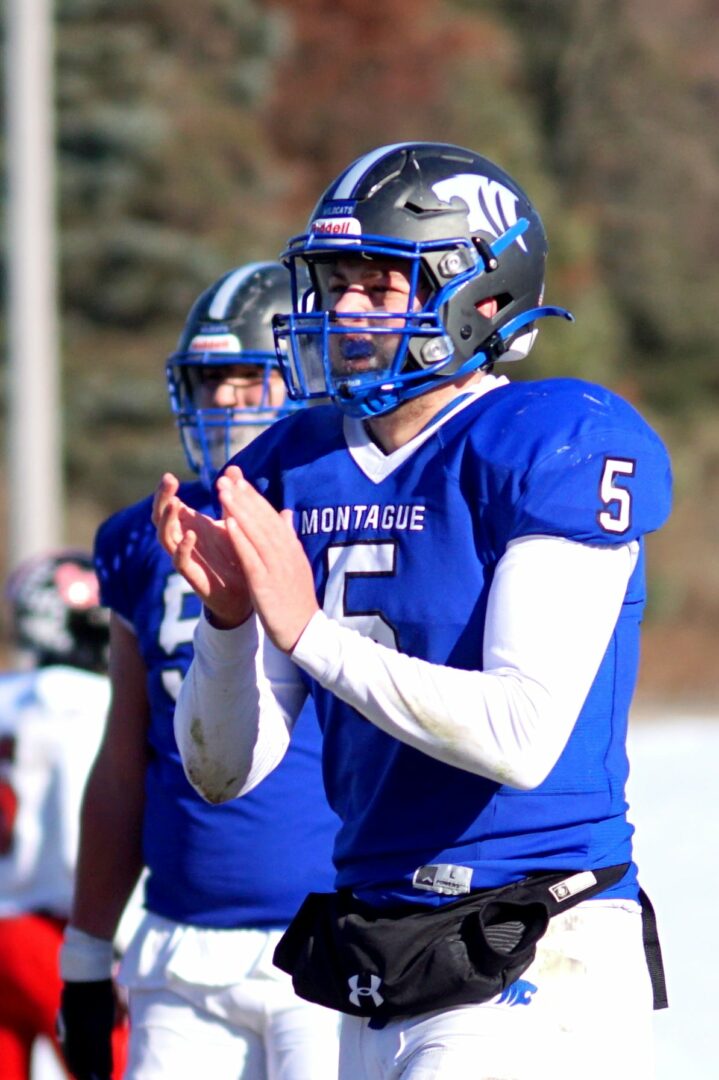 Montague is eager for a chance to redeem itself, and reach the state finals for the second time in three years, when it hosts Grayling in the semifinals at 1 p.m. on Saturday.

“They’re mainly focused on this game,” said Montague head coach Pat Collins, when asked if he was worried about his team looking ahead to a possible state final game. “They’re laser-focused because this is the game they lost a hold of last year and they know that.”

If the Wildcats are to win on Saturday, they’ll need another solid game from senior quarterback Drew Collins, who was spot on in the regional finals last Saturday, competing all 12 of his passes for 228 yards and three touchdowns in 41-16 victory over Montrose.

Coach Collins, who was a Montague quarterback himself back in the day, will be watching his son play his final game on their home field.

“It makes me emotional,” Pat Collins said. “As a man, I try to avoid (thinking about it) at all costs because it’s obviously a very emotional thing for me. So many situations this year have already been emotional and significant. This will be just another one, and I think we’ll take it in and cherish it.”

Helping out Drew Collins in the backfield will be junior running back Dylan Everett, who ran for 51 yards and had two touchdowns, including a 43-yard score, against Montrose. He has totaled 619 yards and 13 rushing touchdowns on the season.

“I think our skill guys had their best game,” said Collins about the performance last week. “I think big picture, we didn’t really miss a beat. It was just the little details that we’re probably still working on getting back, but big picture it was like getting back on a bike.”

When Grayling takes the field on Saturday, it will be the first time that the Vikings have played in a state semifinal game. 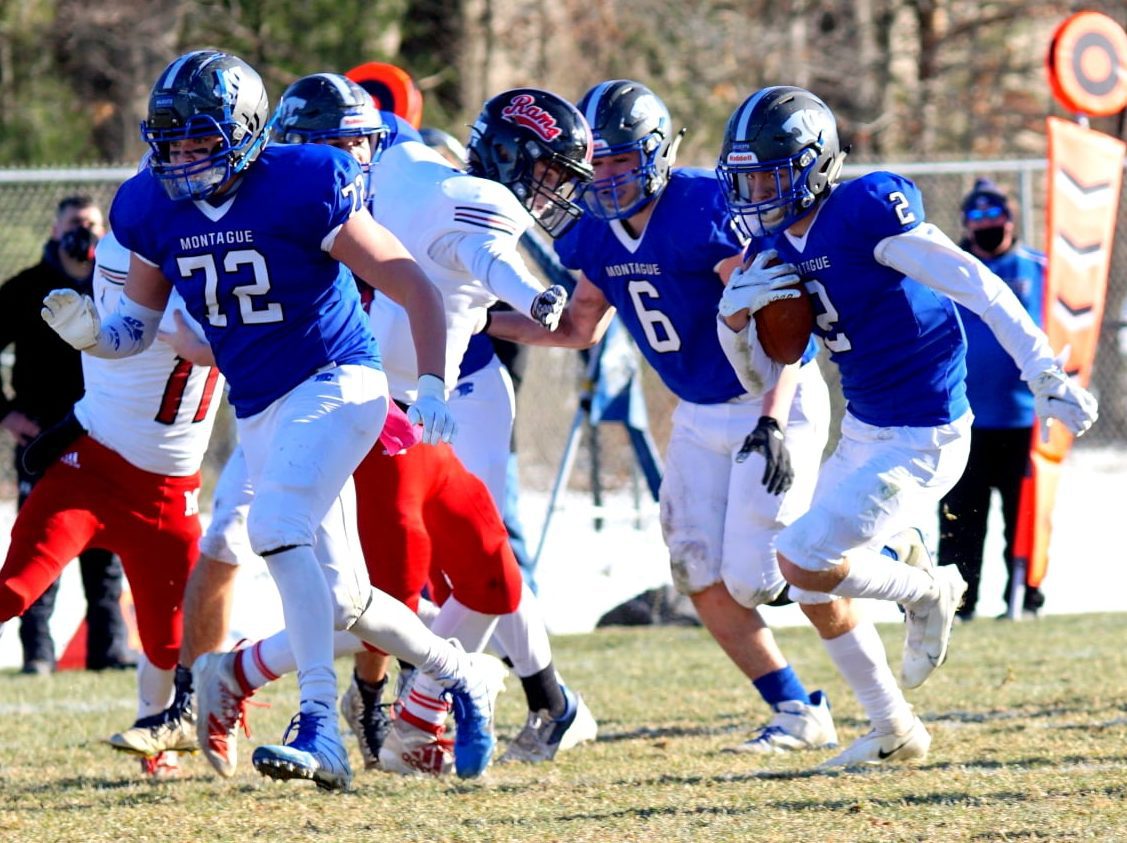 “They’ve put up some points,” said Collins about Grayling, which is currently 7-3 and averaging 36.2 points per game while surrendering 21.5 points per game. “They’ve gotten better as the year has gone on. They’ve been on the rise and clicked a little better. They put up a big performance last week with 56 points.”

Junior running back David Millikin will probably be the main weapon for Grayling on Saturday. Millikin has totaled 1,514 rushing yards and 29 touchdowns on 150 carries this season.

“He’s a real good back,” said Collins about the junior. “He’s kind of their feature, but they have some other weapons, too, behind a strong offensive line.”

If Montague is to limit Millikin and the Grayling offense, it will be in large part thanks to its defensive line, which includes senior Walker Martin, junior Hayden McDonald, and senior Christopher Kessler.

“Defense wins championships,” said Collins about his defense, which is allowing an average of only 8.6 points per game this season. “We don’t talk enough about our front three. They all returned and they’re all exceptional players. We’re able to do much more because of just how good they are.”

Even though the Wildcats experienced heartbreak last season, they’re hopeful that big game experience will be to their advantage on Saturday.

“We’ve been here before,” said Collins. “We’ve had down years and had to build back to this level, but we’ve been here. Anyone can win any day and it really depends on the leadership of kids. We value the experiences we’ve had and it’s a process from year to year to get into these big games.”