season – after being eliminated in the semis last season in heartbreaking fashion. 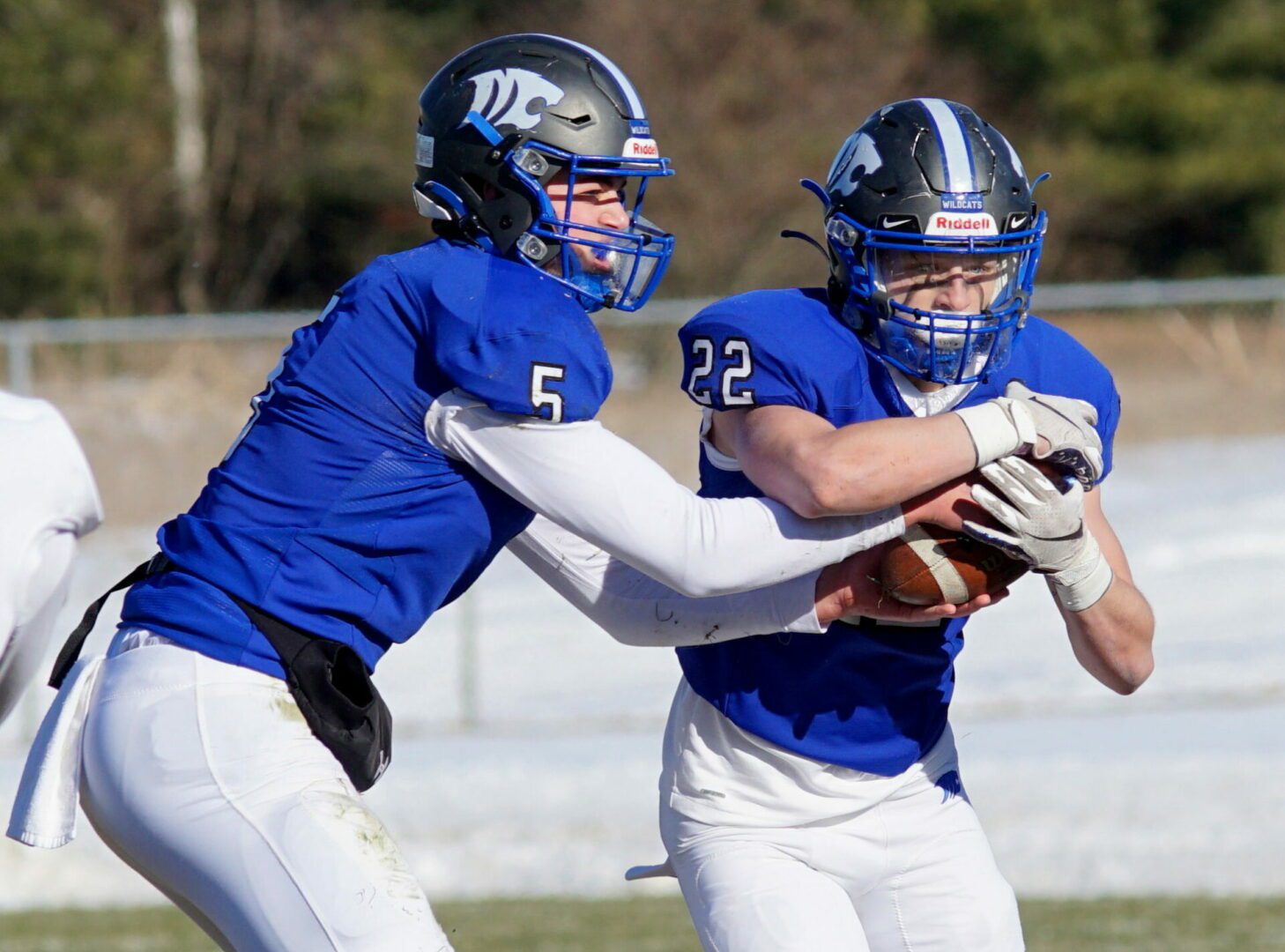 The Wildcats forced and recovered a fumble on the second play from scrimmage on Saturday, found the end zone five plays later, and went on to score 41 unanswered first-half points.

Montague failed to score in the second half, but put up more than enough points in the first 24 minutes to defeat Montrose 41-16 in a Division 6 regional final contest on its home field.

The Wildcats will face the winner of Grayling and Negaunee next weekend in the state semifinal round. It will be a return trip to a big game that went bad for Montague in 2019, when the Wildcats wasted an early lead and lost in overtime to Maple City Glen Lake on a controversial touchdown call.

“These guys pinned a picture of last year’s devastation on a tree, and they have been motivated to relinquish what happened last season,” said Montague Coach Pat Collins after Saturday’s win. “Everything they have done is to work toward getting back to prove to themselves that they should have won that game last year.

“These guys are playing for the seasons before this, when they just couldn’t quite finish.”

The Wildcats scored on their first possession after recovering the fumble of the second play of the game. Senior quarterback Drew Collins found the end zone on a one-yard run with 8:55 left in the opening quarter, then connected with Tugg Nichols for a two-point conversion to give Montague an 8-0 lead. 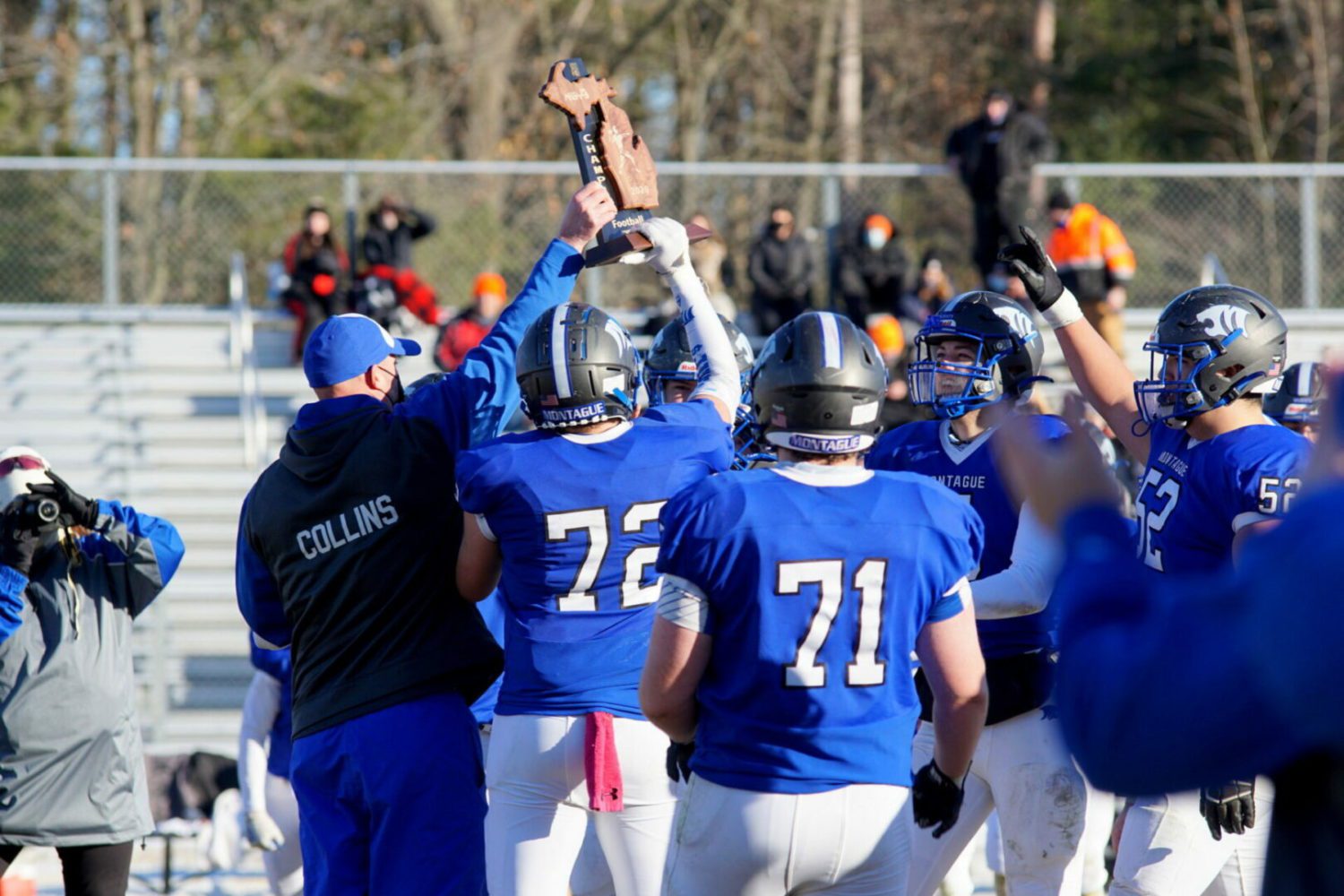 The Wildcats increased their lead to 16-0 with 10:22 left in the second quarter on a 29-yard touchdown pass from Collins to Nichols. Collins completed the two-point conversion with a pass to Sam Smith.

Montague regained possession of the ball seconds later when sophomore Izac Jarka picked off his second pass of the game.

The Wildcats then scored on a four-yard touchdown pass from Collins to Smith to give Montague a 22-0 advantage with 8:27 left in the second quarter.

After a quick three-and-out for Montrose, the Wildcats scored on their third play of the next drive on a 43-yard run by Dylan Everett. Montague led 29-0 lead with 6:31 remaining in the second stanza.

The Wildcats continued their tear, scoring on a two-yard run by Everett with 4:18 left in the second quarter and a 39-yard touchdown pass from Collins to Nichols, after Jarka grabbed his third interception in the game. 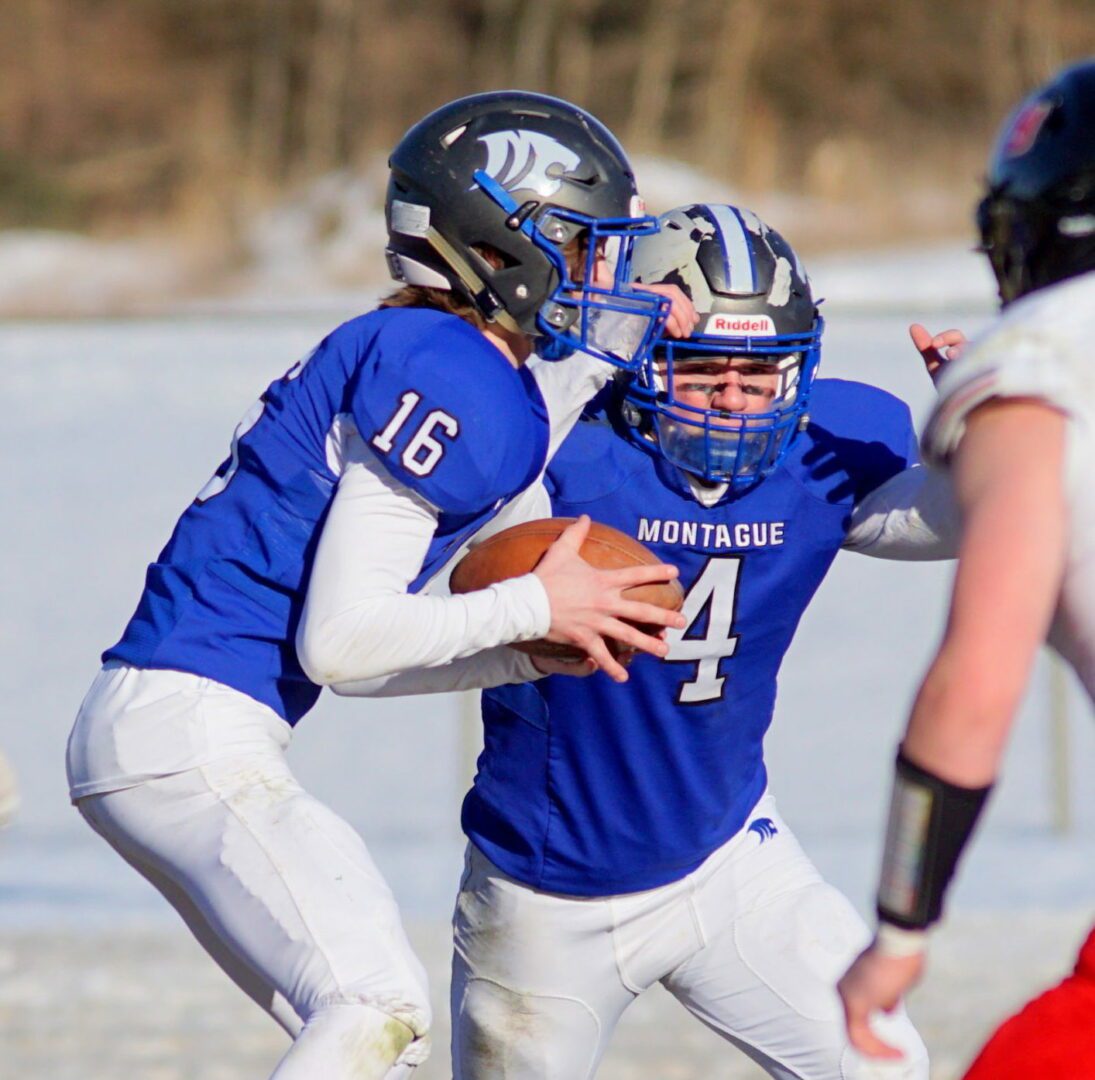 Chase Gowell takes the snap for Montague as No. 4 Zachery Nelson gets ready for a handoff. Photo/Leo Valdez

Both teams failed to score during the third quarter. The Rams finally ended the shutout bid with 9:38 left in the fourth quarter on a 34-yard touchdown pass from Bobby Skinner to Monte Missentzis to cut Montague’s lead to 41-8.

Montrose then closed out the scoring with a one-yard touchdown run by Skinner with 3:32 left in the contest.

Collins paced the Wildcats offensively, completing all 12 of his passes for 228 yards and three touchdowns while also rushing for 25 yards and a score. Everett added 51 yards rushing on seven carries with two touchdowns.

Nichols caught three passes for 98 yards and two touchdowns while Smith had five receptions for 77 yards and a touchdown.

The Montague defense was led by Rodney Brassfield with nine tackles, while Jarka had seven to go along with his three interceptions.

“We worked on coverages all week and did the best we can,” Jarka said. “It took a lot of hard work and being at the right spot to make the plays.”