MONTAGUE – The expectations are very high this season for the Montague volleyball squad.

The Wildcats, with an experienced and talented roster, were good last season, winning the West Michigan Conference championship and their first district title in four years. 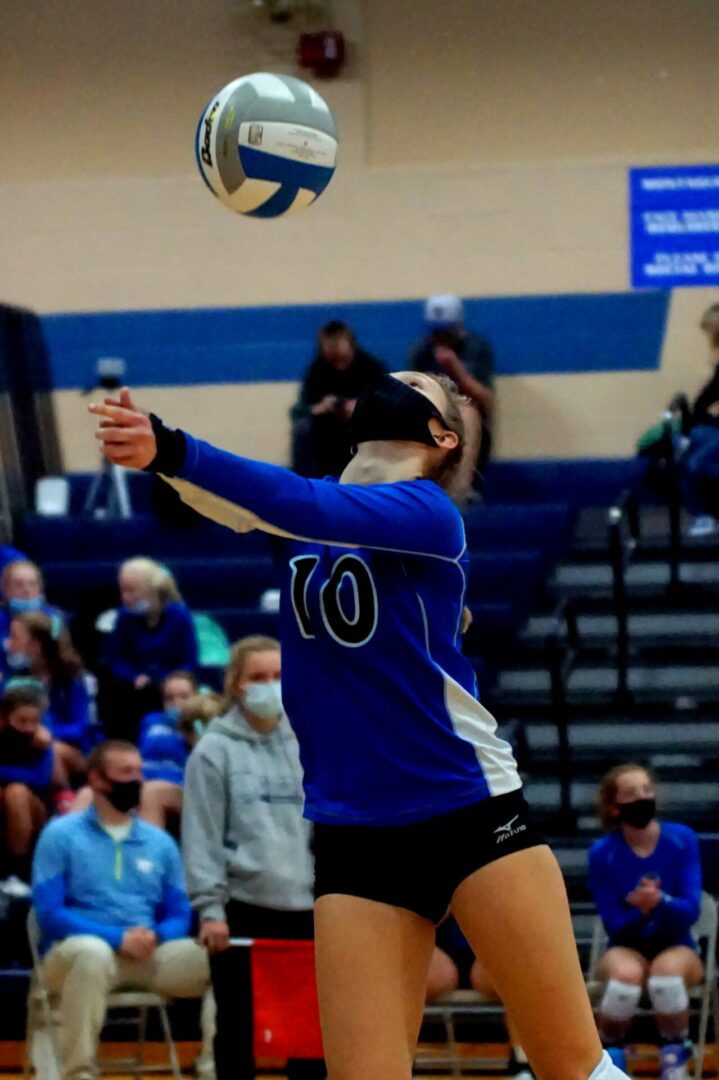 Unfortunately they lost to Coopersville in the regional semifinals, and felt they could and should have advanced farther.

This year they think they have the ability to play with the very best teams at the regional level and beyond when the state tournament starts again in a few weeks.

But first things first. The Wildcats are trying to defend their conference title, and are tied with North Muskegon for first place. They took a step toward that goal  by sweeping Shelby 3-0 on their home court on Thursday night.

Montague would also like to capture the championship at the Greater Muskegon Athletic Association City Tournament on Oct. 17, after losing in the title match to Fruitport last year.

After that will come the push for their ultimate goal, and the Wildcats don’t mind saying it out loud.

“We are building toward districts, focusing on the conference, and we have the GMAA coming up,” said Montague Coach Shawn Bectel, whose team improved to 19-4 overall and 5-0 in conference play following Thursday’s win. “But really for us that state title is what we are looking for. We are senior strong this year, and we are focused on fixing the little things that will help us down the stretch.”

The Wildcats never trailed during the opening set on Thursday, jumping out to a quick 7-2 lead.

Montague led 11-6 before going on a 12-2 run, fueled by strong serves from Allison Hall and Morgan Netcott, to take a commanding 23-8 advantage. Hall and Reilly Murphy were responsible for four points each with strong hits. Hall scored the set-clinching point with a block at the net.

Shelby took its first lead of the night, 2-1, early in the second set. The score was tied at 6-6 before the Wildcats went on an 11-4 run to take a 17-10 lead, powered by long service runs by Hall and Raegan Murphy.

Montague scored seven of the next nine points to double up its lead to 24-12,  before allowing three straight points. Hall closed out the set with a hard spike to give the Wildcats a 2-0 lead in the match. 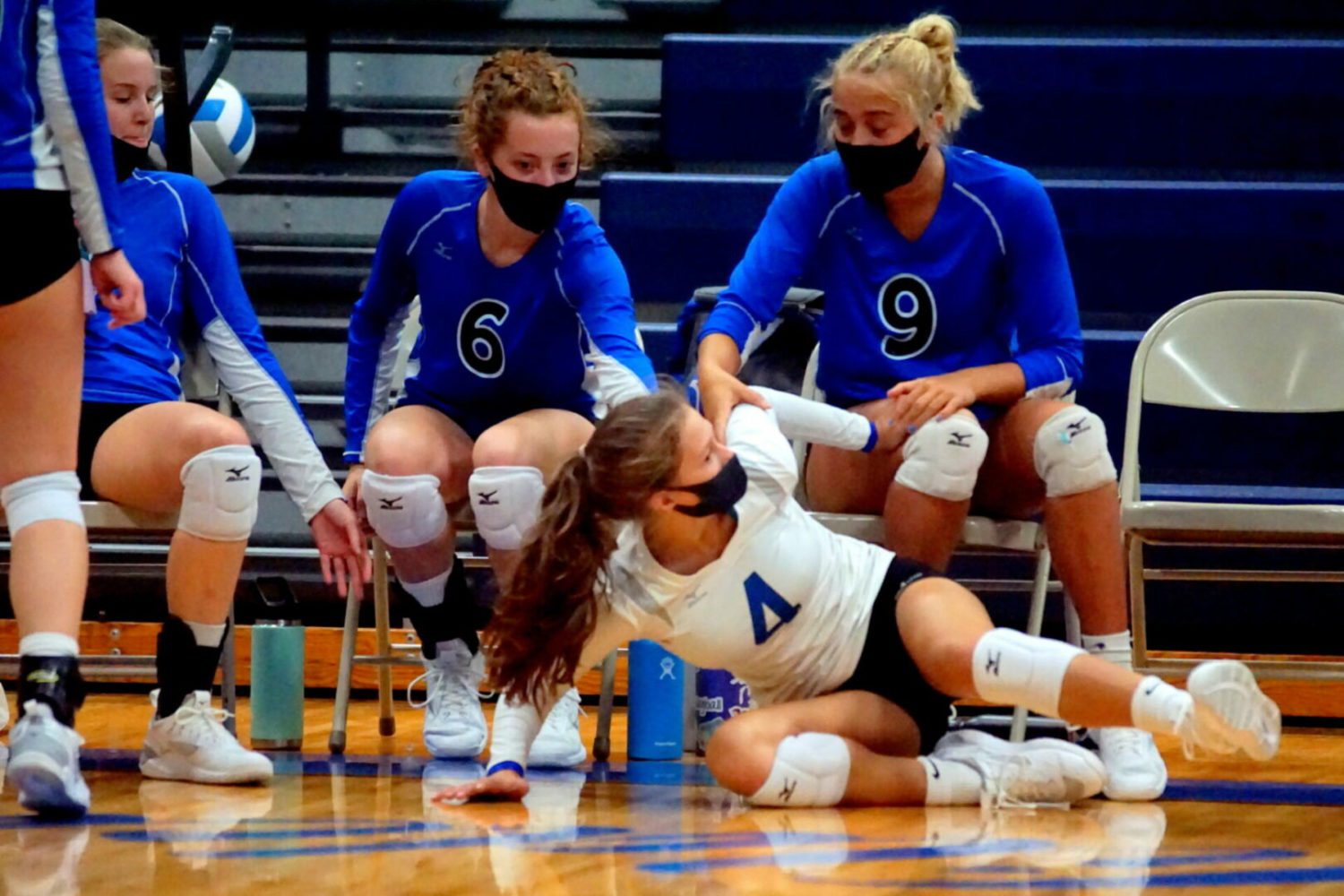 Montague’s Morgan Netcott slides into teammates No. 6 Morgan Herremans and No. 9 Haylee Schwarz after making an extra effort for a dig. Photo/Leo Valdez

“I had a really good talk with Allison (Hall) yesterday,” said Bectel. “I told her that she has the ability to be the best player on the floor every night. I really felt she brought great energy tonight.”

The Wildcats led the third set 4-1 before Shelby managed to force another 6-6 tie. Montague went on a 7-0 run to take a 13-6 lead, with multiple service points from Ally Collins.

The Tigers managed to cut their deficit to 16-13, largely on a nice service run by Lauren Dean that included a pair of aces.

But Montague’s Reilly Murphy scored three straight points during a 5-0 run to give the Wildcats a 21-13 lead. Shelby managed to score five more points toward the end, but couldn’t stop Montague from completing the sweep.

Hall and Reilly Murphy paced the Wildcats with 12 kills apiece while Raegan Murphy set up the offense with 31 assists.

Montague was led defensively by Collins and Reilly Murphy with 10 digs apiece.

“They have a good team over there,” said Shelby coach Tom Weirich. “They have some height and athletes, and they are going to go far in the tournament. We have struggled this year putting complete games together.”

Shelby was led by Kendall Zoulek with seven kills, Dean with nine assists and Morgan Weirich with nine digs. The Tigers are now 1-5 in conference play.

Shelby’s No. 19 Morgan Weirich gets ready between serves. Photo/Leo Valdez

Allison Hall looks across court after making a play for Montague. Photo/Leo Valdez