Muskegon Catholic Central mowed over Shelby  62-0 in the first round of the playoffs Friday night.

The Crusaders had seven different players rush for a touchdown in the win. 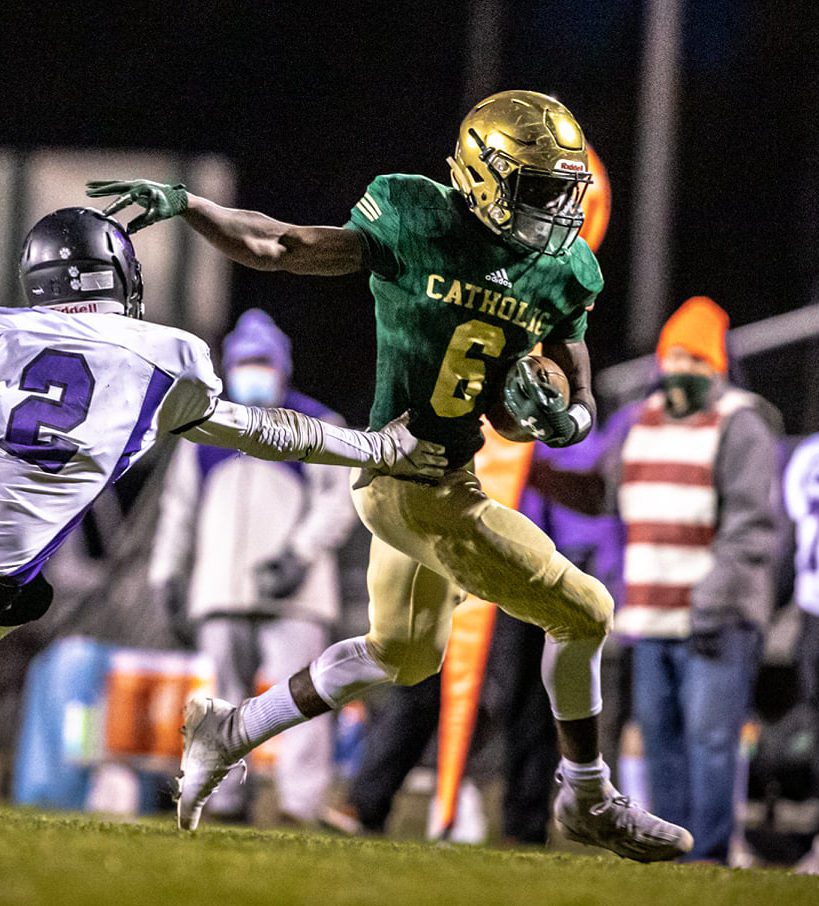 The first quarter belonged to MCC when Dane Rutz (9 yards) and Max Price (35 yards) both ran for touchdowns and Price tossed a 15-yard passing touchdown to Riegler.

The third quarter saw more of the same from the Crusaders as Reigler had an 80-yard kick return touchdown and Bailey Williams added a 32-yard rushing touchdown to extend their lead to 55-0.

The Crusaders capped the scoring with a 3-yard rushing touchdown in the fourth, to take a 62-0 lead.

Waller led the rushing attack with 104 yards. Price passed for 53 yards and rushed for 49 yards.

For the Shelby Tigers, Xavier Wallace had 61 rushing yards on 20 carries while Griffin Fraass added 44 yards on four attempts.