The Western Michigan Christian Warriors are the defending Division 4 state soccer champions, but this year’s team is not last year’s team.

The Warriors graduated a ton of talent from the championship squad, and only three starters returned this fall.

With so many new faces, it wouldn’t be reasonable to expect the Warriors to make another state title run – would it?

Well Lulo Mafahla doesn’t necessarily agree. The senior forward thinks he and his WMC teammates have the necessary skills, and have improved enough since the beginning of the season, to defend what they inherited. 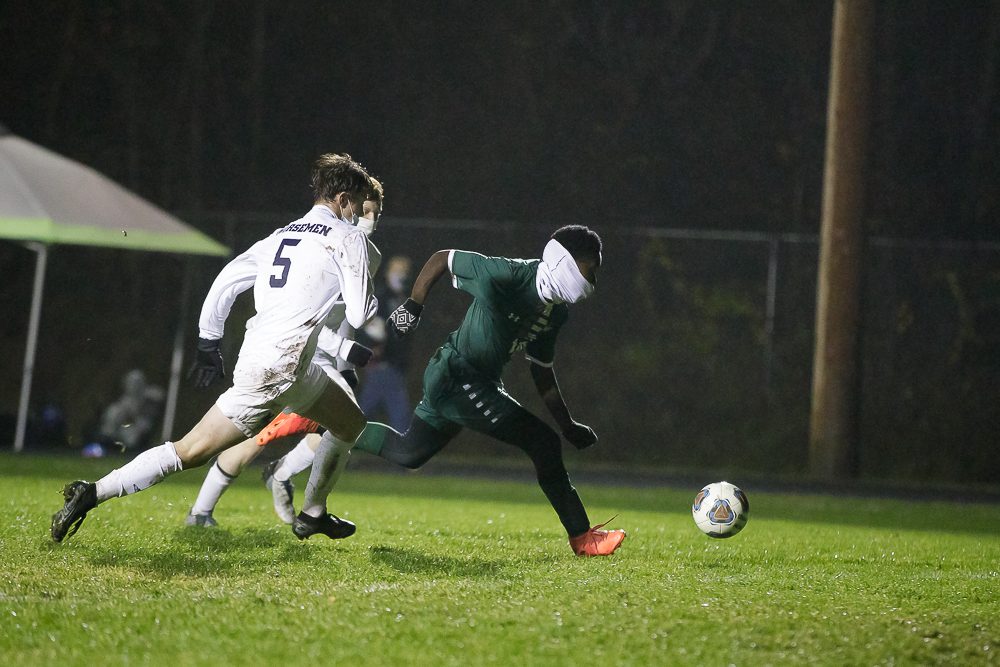 He backed up that sentiment with a big performance on Thursday, scoring two goals, including the game winner in the second half, as WMC rallied to beat a tough North Muskegon squad 2-1 in the Division 4 district championship game at Big Rapids Crossroads Academy.

The defending state champs now move on to regionals. They will play either Leland or Maple City Glen Lake on Tuesday in Mount Pleasant.

“I think we have a great chance to go far,” said Mafahla, a first-year member of the team who scored once in the first half to tie the game, then netted the clincher with about 15 minutes left in the contest. “We really got it together as the season went on. We improved a lot from start to finish.”

The young Warriors, now 11-5-1 on the season, definitely experienced some growing pains this year. After starting out 4-0 they hit a little turbulence, and at one point lost two games in a row, to Whitehall and Zeeland East.

Those teams from much bigger schools were on the schedule for a reason. The Warriors don’t mind taking on big challenges, even when it means an occasional loss, because they learn a lot in the process. 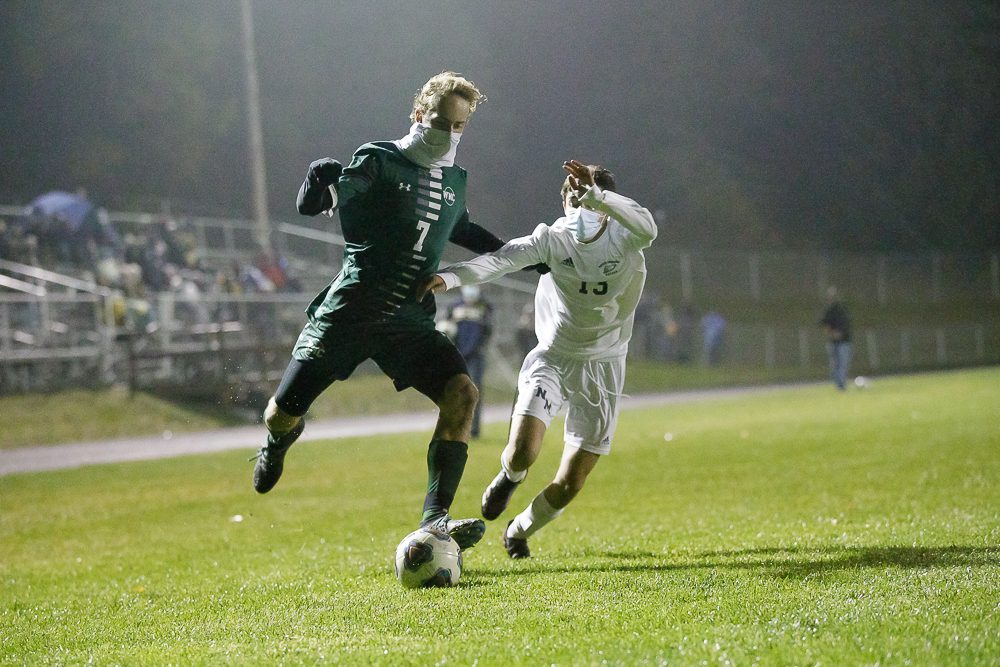 Brandon Eenigenburg gets ready to take a shot for WMC with No. 13 Zach Mallon trailing. Photo/Randy Riksen

“We got into the meatier part of our schedule, and it helped us to see where our deficiencies were and how we could work on them throughout the season,” said first-year WMC Coach Ben Buursma. “It helped a great deal. I see tremendous improvement all over the field.”

North Muskegon scored first on a goal by Jack Injerd about 10 minutes into the game. Mafahla answered for WMC by scoring with about 15 minutes left in the first half, with an assist from Ashton Leffring.

The scored remained tied for a majority of the second half, before Mafahla struck again with about 15 minutes left in regulation, taking a crossing pass from Brandon Eenigenburg and putting it in the net to give WMC the lead for good.

“Two defenders missed it, then I had a one-on-one with the goalie and got it with my left foot,” Mafahla said.

The Warriors had a 12-8 advantage in shots on goal. WMC goalkeeper Jared Olson turned in a strong performance with seven saves.

“They showed a lot of character tonight,” Buursma said about his players. “I knew we would have to play about as good as we can play, and we did.” 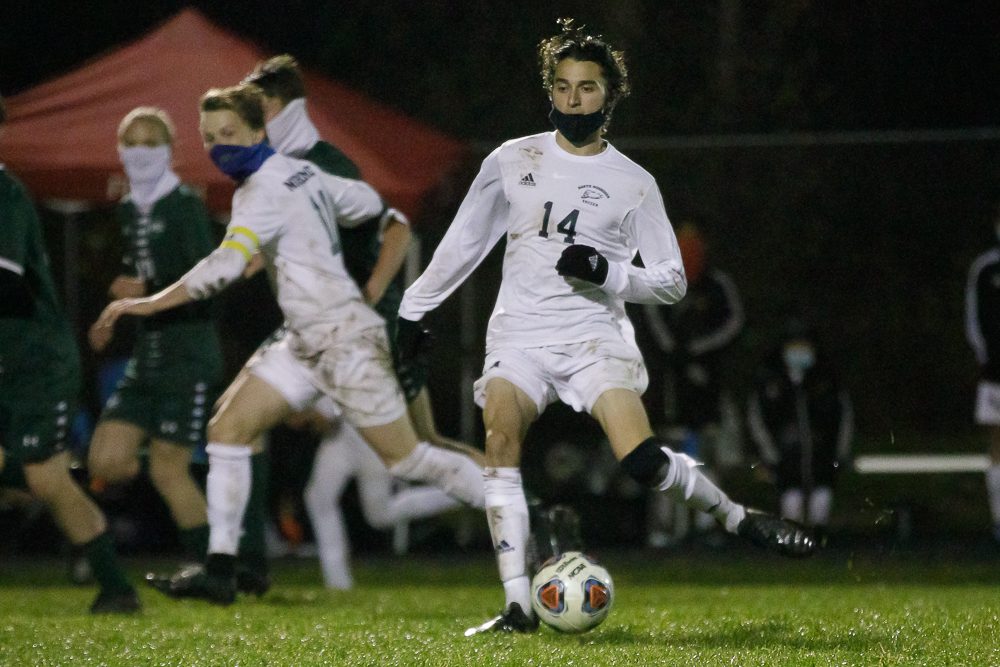 Hudson Richards gets ready to send a pass for North Muskegon. Photo/Randy Riksen

North Muskegon Coach Jeremy Tjapkes said his team had plenty of chances to score more, but fortune was not with the Norse, who finished the season with an 8-8 record and a West Michigan Conference championship.

“Missed opportunities,” Tjapkes said, when asked to sum up the game. “We had a wide open net that we missed midway through the first half. We had a goal that was called back for being offside. We had a couple of shots that were about a food wide of the post.”