When we learned on Sept. 4 that the state was going to let high school football play this fall, we figured there would be some COVID-19 issues

along the way, and sure enough there have been.

This week it really hit hard, with two games involving area teams cancelled due to player infections – Mona Shores at Wyoming and Grand Haven at Rockford. The players who tested positive came from Wyoming and Rockford. A third game, Orchard View at Wyoming Lee, was called off due to a “a lack of healthy players” at Lee, according to media reports. 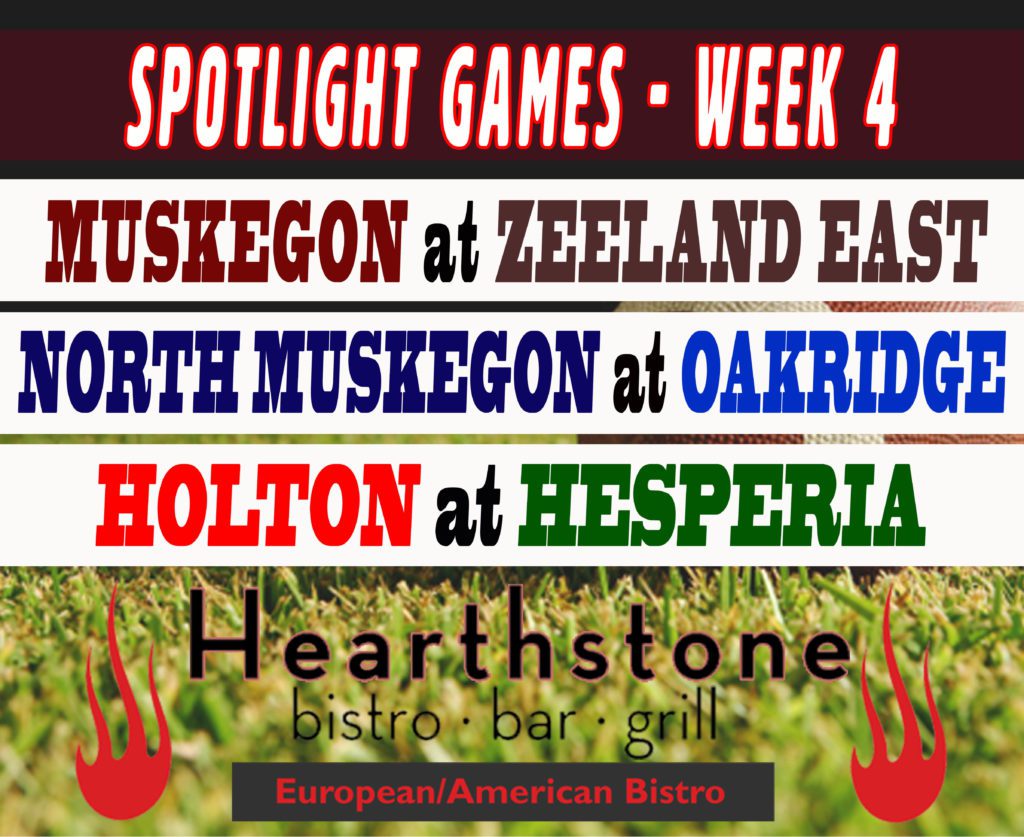 The good news is that two of the teams that had games cancelled – Mona Shores and Grand Haven – have agreed to play each other on Friday, so neither team will skip a beat in their schedules in this already very short season. It will be the first time the teams have played each other since 2013, when Mona Shores won 42-35.

There’s no word yet on whether Orchard View has found a new opponent for Friday.

Meanwhile, reporters and photographers from LocalSportsJournal.com will be hitting the road on Friday to cover three interesting matchups – Holton at Hesperia in an intense CSAA rivalry showdown, Muskegon at Zeeland East in O-K Green action, and North Muskegon at Oakridge in a West Michigan Conference tilt.

Check out previews of each of those games below, then log on to LocalSportsJournal.com on Friday night and Saturday morning to see how all of our local teams made out in Week 4!

This very old neighborhood rivalry has a new feeling of intensity to it this season, because both teams seem to be much better than they were a year ago.

Holton is 2-1, and Red Devil spirits are much higher than they were in 2019, when the team ran into some early injuries that forced them to forfeit a game, and finished with a 1-8 record. 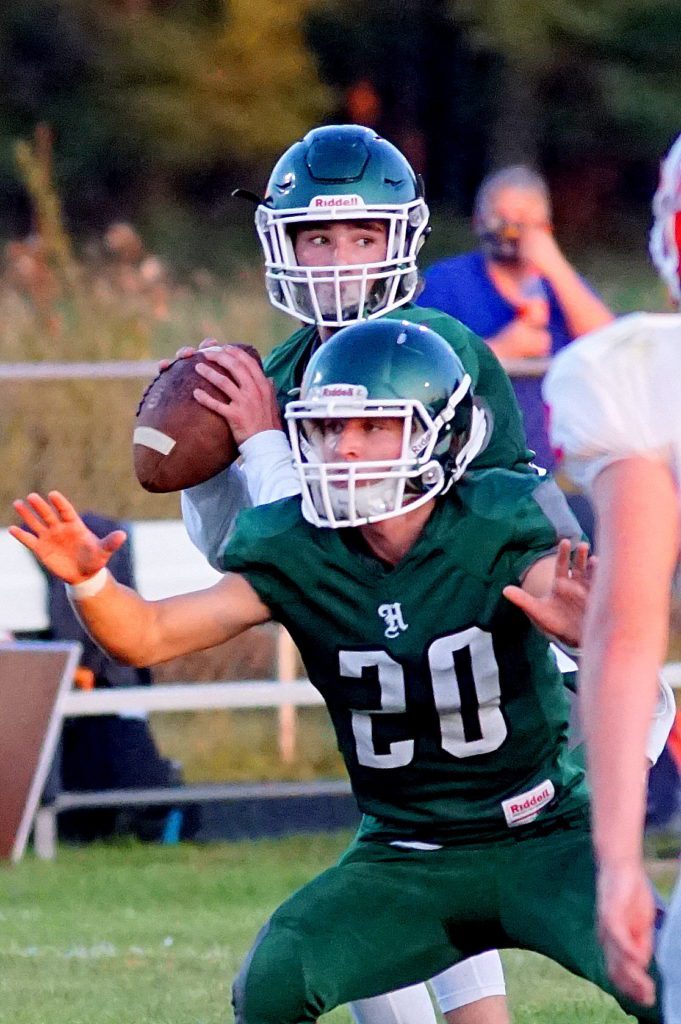 The only victory was a forfeit over a White Cloud squad that skipped the entire season due to a lack of players. It was a huge falloff for a team that had advanced all the way to the Division 8 state semifinals in 2018.

The Red Devils have relied heavily on defense in both of their victories this year. They opened with a  15-7 win over White Cloud and a 7-6 victory over Lakeview, before falling to Kent City 30-12 last Friday.

The loss to Kent City was more competitive than the final score suggested. Kent City only led 14-6 at halftime, and Holton hurt its own cause by failing to score on three drives inside the red zone and missing a field goal.

Red Devil quarterback Austin Fowler was 13-for-20 passing for 150 yards and a touchdown, while adding another score on the ground. Austin Hawkins rushed for 73 yards on 13 carries and caught three passes for 68 yards, including a 55 yard touchdown, and had nine tackles on defense.

Holton would very much like to regain some momentum on Friday at Hesperia, as well as avenge last year’s ugly 52-14 loss to the Panthers.

Hesperia will be just as hungry for a victory, and not just because the Panthers are facing their rivals from down the road. They opened the season with an impressive 34-7 victory over Lakeview, but then lost a 10-8 heartbreaker to Kent City in Week 2, and fell 28-12 to Morley Stanwood last week.

Hesperia’s loss on Friday also had a deceptive final score.

Morley Stanwood led 14-0 at halftime, but Hesperia narrowed its deficit to 14-10 on a 25-yard pick six and a 56-yard punt return by Mack Baird. The Mohawks took control after that by scoring the final 14 points.

Baird finished with 79 rushing yards on 13 carries and had 43 receiving yards.

A victory over Holton would give the Panthers two wins on the season, which would be as many as they won on the field last year. Hesperia actually went 3-6 in 2019, but one of those victories was a forfeit.

Hesperia leads the all-time series 39-24. These two teams seem pretty evenly matched this time around, so anything could happen.

The Big Reds, heavily favored over Reeths-Puffer last week, only led the Rockets 14-7 at halftime, and many people figured it was a bit of a hangover from their disappointing Week 2 loss at home to Mona Shores.

Muskegon Coach Shane Fairfield said that was not the case. He said his team was just mixing things up a bit by coming out of the gates with a lot of passing, instead of establishing the running game first, and the results were so-so. 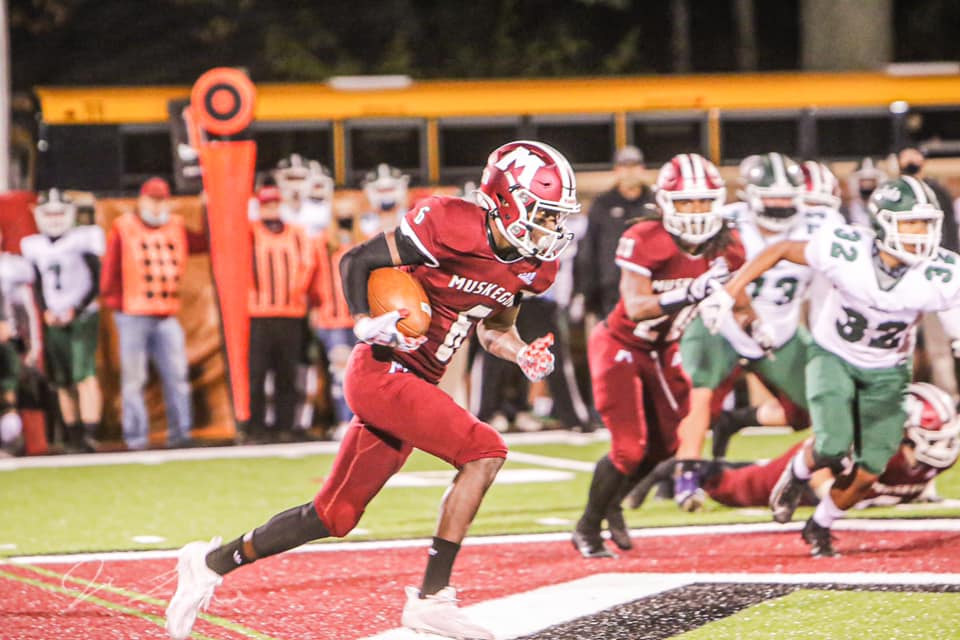 In any case, the Big Reds got back on track in the second half and pulled away for a 39-7 victory in O-K Green Conference action.

Starting quarterback Amari Crowley, playing in his second game after sitting out Week 1, had a huge night, rushing for 171 yards and three touchdowns on 15 carries while throwing for 121 yards and two touchdowns

This week Muskegon will renew acquaintances with a team it has seen a few times in recent years. The Big Reds will travel to Zeeland East, which is once again a conference rival after both teams were assigned to the new O-K Green this season.

The last time they met was a big game indeed, when the Big Reds took out the Chix 45-22 in the 2018 Division 3 state semifinals.

Oakridge and North Muskegon fans will get a better idea of what their teams are really made of in this very interesting matchup.

The Eagles and Norsemen both have two wins, but they came against two of the weaker teams in the West Michigan Conference. 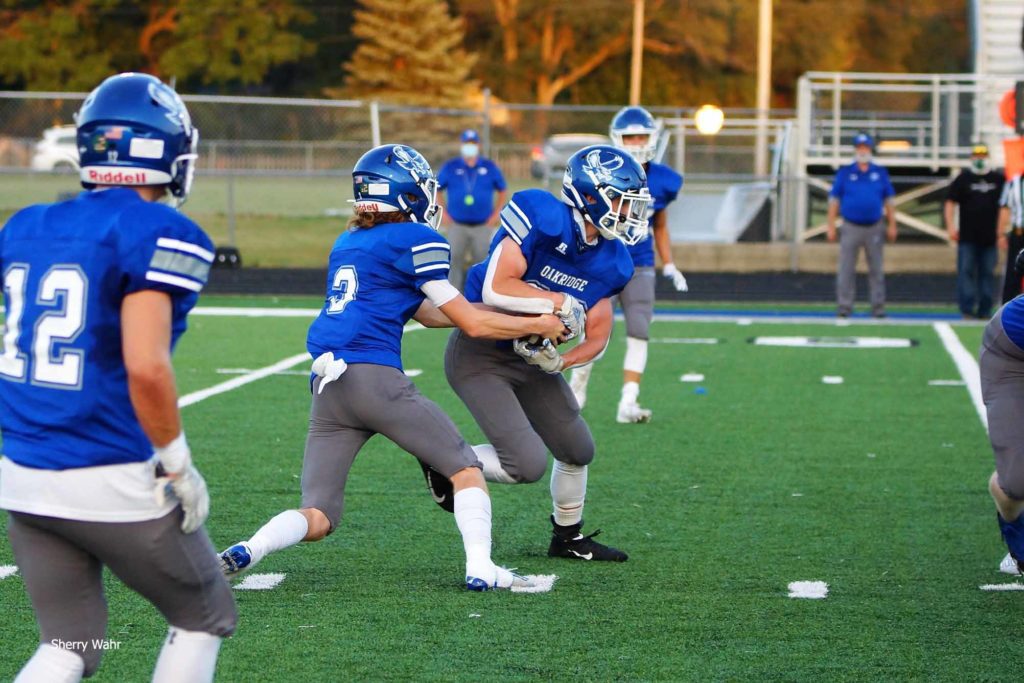 When they faced a conference power, they each lost badly.

The game was still up for grabs at halftime, with Whitehall leading 14-3, then the Vikings pulled away in the second half. Whitehall’s defense held the Norse to negative 3 yards rushing, and North Muskegon hurt itself with 10 penalties, as well as by failing to score on several drives deep into Viking territory.

Two bright spots for the Norse were quarterback Brennan Panucci, who completed 14 passes for 73 yards, and Amarion Dickerson, who returned a kickoff from near his own goal line to the Whitehall 23.

Oakridge has had a similar experience. The Eagles easily beat Mason County Central 39-0 in Week 1 and Hart 63-0 last week, but in between suffered a tough 42-6 loss to Montague.

Several Eagles had big games last week at Hart to help the team get back on track after the Montague disappointment.

Running back Corey Vanderputte was the biggest star, piling up 278 yards on 16 carries with an amazing five touchdowns. His scoring came on runs of 3, 26, 52, 17 and 18 yards.

Brenden Raymond also had a big night, rushing for 143 yards on six carries with one TD.