After taking second a lot, NM golfer Georgette Kersman aiming at top spot in the biggest event of all

NORTH MUSKEGON – Finishing second in any type of golf tournament is pretty darned good, particularly when you consider the physical challenges

Georgette Kersman has dealt with over the past year.

The North Muskegon senior tore the ACL in her right knee while skiing at the age of seven, and over the past decade tore both of her meniscus as well. By the time the high school golf season was over in 2019, she was ready for corrective surgery. 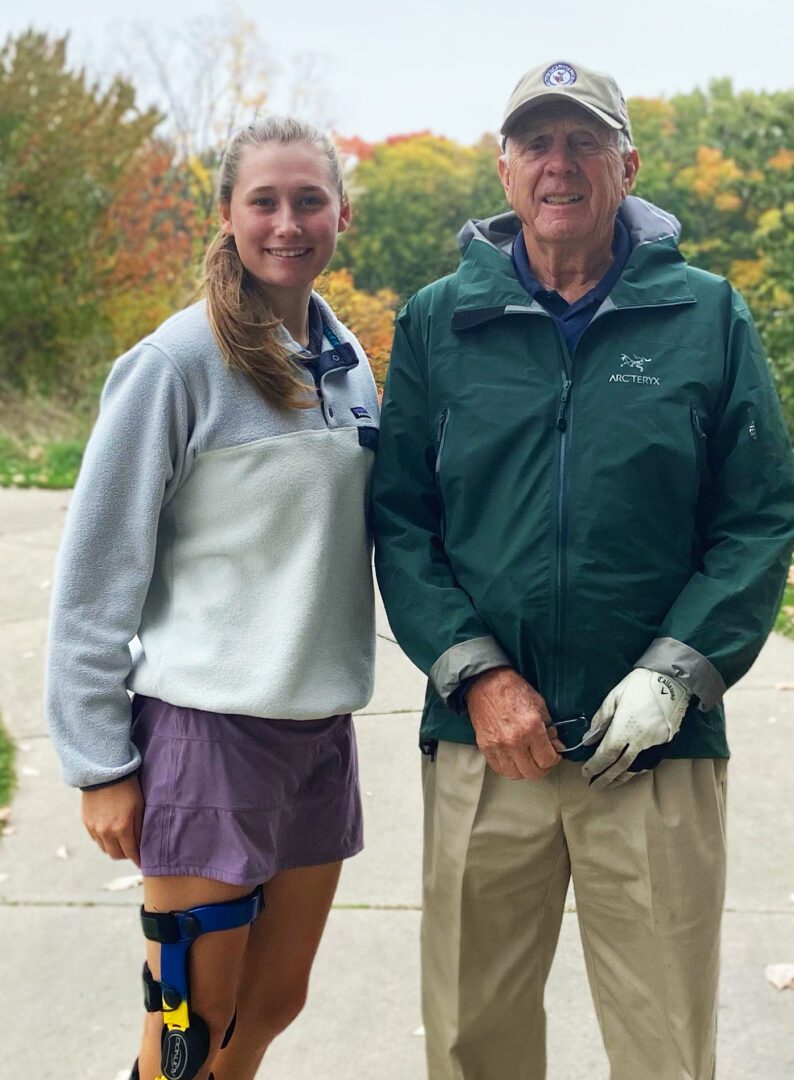 North Muskegon senior golfer Georgette Kersman with her grandfather, Buzz Kersman, who taught her the game.

Surgeons replaced the ACL last fall, but it took months for her to return to normal maneuverability, let alone start to get her golf game back in shape.

“It was really hard last year,” Kersman said.  “By the end of the season my leg would go numb after five or six holes. I couldn’t transfer my weight to my back foot really.”

Kersman was sidelined for sixth months following the surgery, including three months where she wasn’t even able to walk.

“It was really weird,” she said about getting back into golf and re-learning her shot. “I had to kind of train myself on how I swing and get comfortable with the weight again.”

Whatever she did worked out pretty well. Kersman took second place at several big tournaments this year, including the Greater Muskegon Athletic Association City Tournament in September, and last week’s Division 4 regional tournament at Wolverine Course at Grand Traverse Resort.

That last accomplishment qualified Kersman for Saturday’s Division 4 state finals at Forest Acres West golf course at Michigan State University, where she will be among the players expected to compete for top individual honors.

She won’t be alone at the big event, because her North Muskegon team also took second at regionals and qualified for Saturday’s team finals, which is part of the same tournament.  Montague will also compete in the Division 4 finals as a team after winning the regional championship last week.

Whitehall will compete as a team in the Division 3 finals on Saturday after winning a regional title at Lincoln Hills Golf Course in Ludington last week. 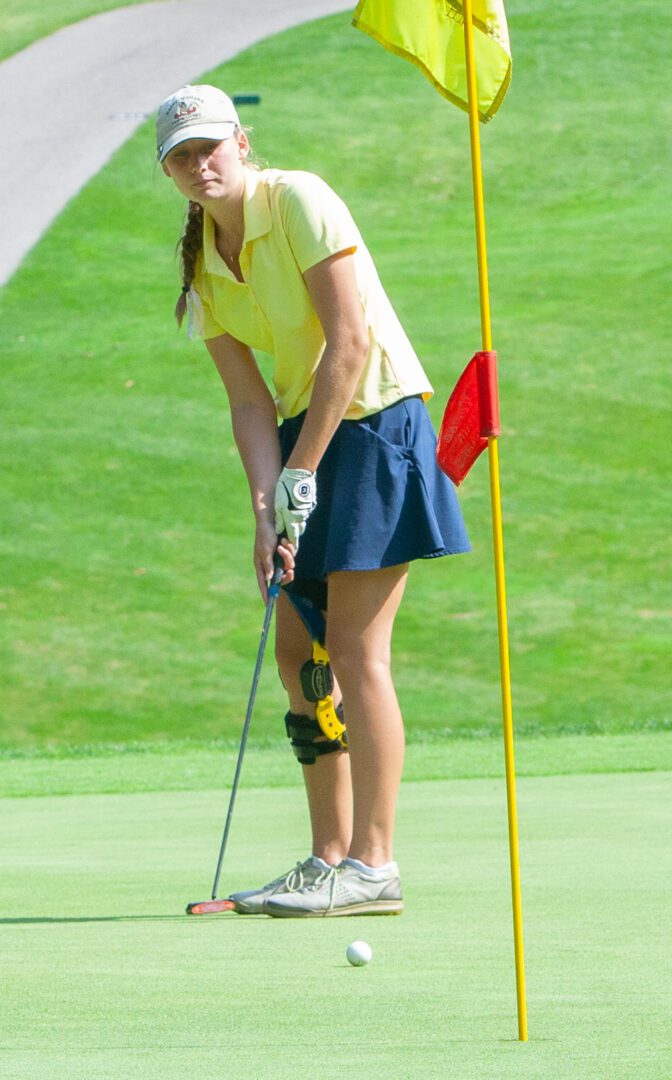 Kersman sends a putt toward the hole during the GMAA city tournament at Stonegate Golf Club last month. Photo/Jason Goorman

Mona Shores finished third in its Division 2 regional and will compete as a team in the state finals on Friday.

After coming so close to winning at the city and regional tournaments, Kersman would love to wrap up her high school golf career by taking it one step higher, and going out as an individual state golf champion this weekend.

“I’m always proud of how I do,” said Kersman, who has now qualified for the state finals for four straight years, including the first two years with her team and last year on her own. “It’s not hard to see a two or three stroke difference between myself and first place, because you think about a putt you should’ve made or a chip you should’ve finished. But I know I’ve played as well as I could.”

North Muskegon golf coach Jay Prasad believes Kersman is capable of winning the state title if she has a great round on Saturday – and gets the competitive juices flowing a little bit more.

“She only lost the regional by three,” Prasad said. “She was even through 14 holes. The funny thing about her is she’s so encouraging to the people she plays with (in her tournament flights). I’m trying to get her to be a little meaner. I don’t think she realizes how close she is to beating them.”

An individual state title on Saturday would be the crowning accomplishment of a career that started at the age of three.

“I’ve been golfing since my grandfather (Buzz Kersman) started me in the junior program,” Kersman said. “But I didn’t compete until freshmen year. I actually used to despise it, but once I started progressing and finding other girls to make friends with in golf, I started to love it.”

Last season Kersman found her groove on the golf course, finishing ninth at a Division 4 regional and qualifying for the state finals by being the second highest individual not on a qualifying team.

Kersman played well at the state finals last year, finishing five shots out of the top 10.

“It was very hard to transition, from going with my team in both my freshmen and sophomore years to going by myself last year,” she said. “I’m excited that my team will be joining me at state this year.”

Kersman admits that she’s thought about what it would mean to go out as a state champion, rather than a respected runner-up.

“I’ve definitely thought about it and I hope it happens,” she said. “I’ve been working hard, and it would mean a lot to me if I could do it. It means a lot to me to represent my school and just to play well, for my grandfather and myself.”