HESPERIA – Rick Witteveen is a happy man again, because he’s back on the sidelines coaching high school football in 2020.

Not long ago he was doubtful that would happen, due to the confusing way that officials at the state level handled the high school football situation in August and September.

Witteveen was headed into his fifth season as the head varsity coach of the Hart Pirates, but it was a season that never got off the ground for him. 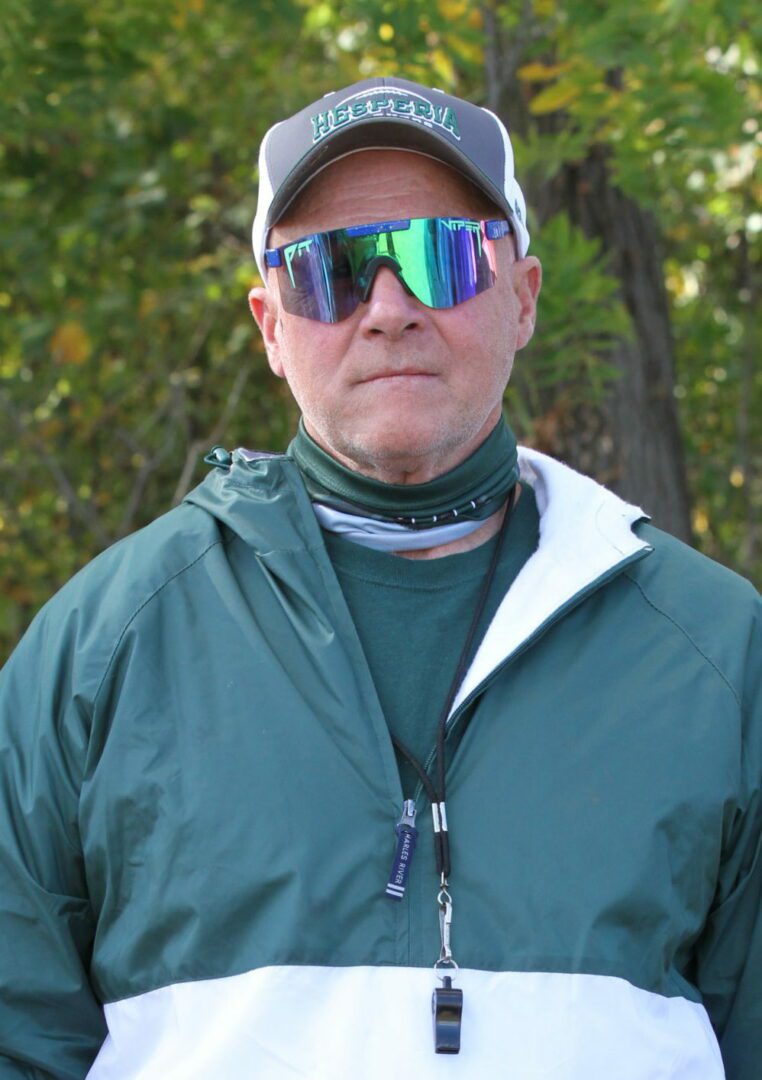 On Aug. 14, just two weeks before the first games, the Michigan High School Athletic Association announced that football would be postponed until next spring, due to COVID-19 concerns.

That was very bad news for Witteveen, who is in the logging business and raises beef cattle. The spring is a very busy time for him, and he knew there was no way he could coach football at that time of year without taking a big financial hit.

So he regretfully resigned, out of concern for the players who would need a fully-involved coach, and respect for a new coach, who would need time to bond with the team.

Then on Sept. 4, Gov. Gretchen Whitmer withdrew Executive Order 160, which prevented several high school sports from starting their fall seasons. Suddenly all the sports were back on again, including football.

Witteveen would have loved to take advantage of that stunning news and return to his job at Hart, but the school decided to go in another direction and promote assistant coach Eric Anderson to the head coaching position.

The cruel twist of fate left Witteveen briefly without a team, until he remembered something that Hesperia head coach Doug Bolles told him a few years ago. Witteveen and Bolles are both Hesperia graduates who have known each other for years.

“Doug had talked to me a couple years ago when we did a team camp together, and told me that if I ever left Hart, for whatever reason, and still wanted to coach, to call him,” said Witteveen, 59. 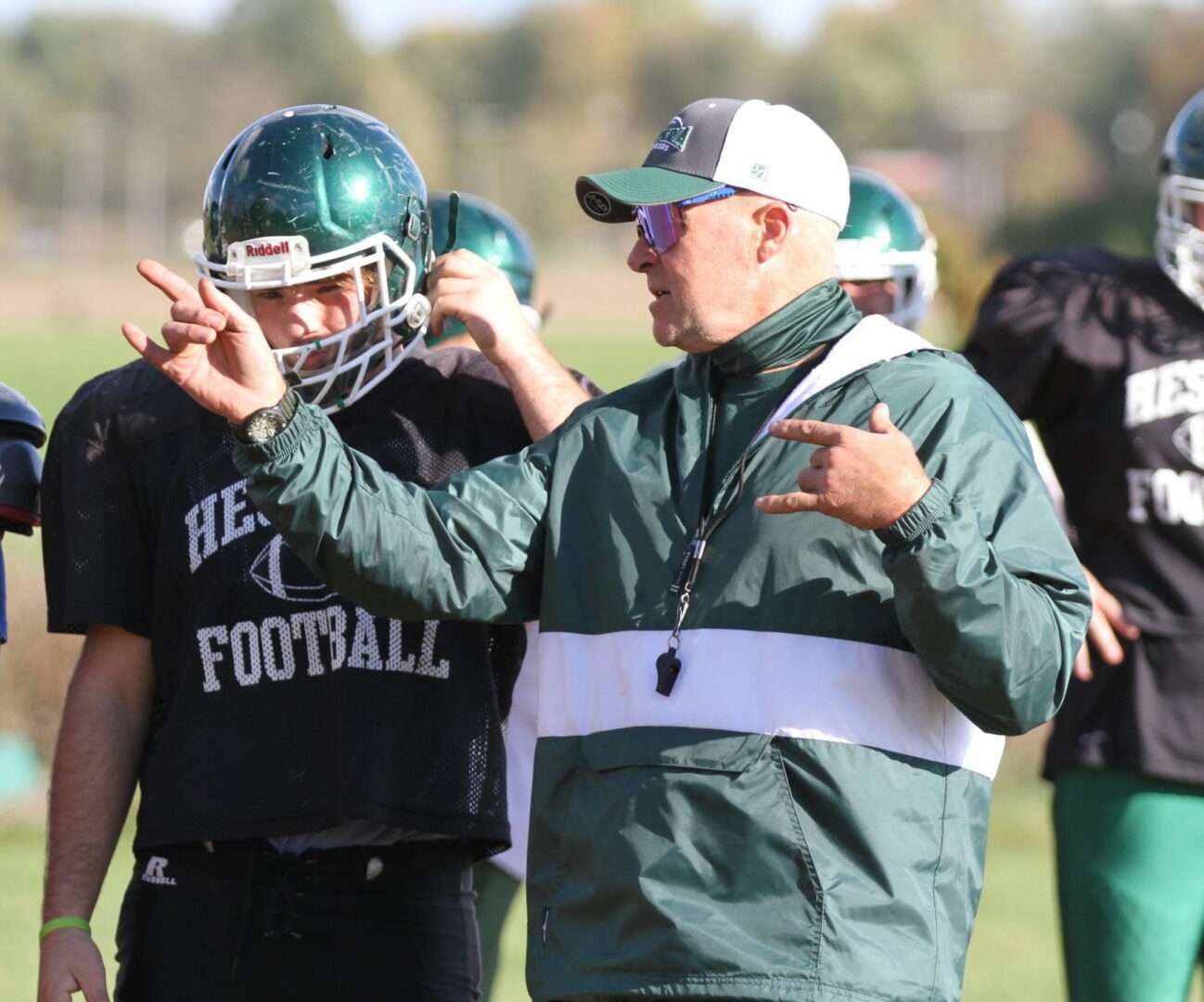 Witteveen instructs a player during practice this week. as the Panthers prepared for their annual showdown with rival Holton. Photo/Michael Cherry

“When Hart’s athletic director called me and said they were going to continue to go in a different direction and hire Coach Anderson, I hit the contacts on my phone, called Doug, and was back coaching within a few minutes!”

Witteveen is now the offensive line coach for Hesperia, and is pleased by what he’s seen so far. The Panthers are 1-2, but have played much better than they did last season, when they ended up with a 3-6 record.

The highlight of the season so far was a 34-7 victory over Lakeview in the first game. That was followed by two competitive losses to Kent City (10-8) in Week 2, and Morley Stanwood (28-12) last week.

“We lost a tough one to Kent City,” Witteveen said. “You heard pads popping in that game all night long. That was a good game. Last Friday we had a few turnovers, a couple costly penalties, and we didn’t take care of a couple things defensively. But I think our team has been playing good football.”

As a former Hesperia player himself, Witteveen is very aware of the intensity involved in the Panthers’ annual showdown against neighborhood rival Holton. He’s been having a great time all week helping Coach Bolles and the other assistants get ready to host the 2-1 Red Devils on Friday night.

“We are playing another team that’s playing good football,” said Witteveen, who had a prior stint on the Hesperia staff some years ago. “I know there is no love lost either way (between the rival teams), so it will be another pad-popping game. We’re going to have to play really sound and disciplined football. Doug has put me in charge of the offensive line, and we’re going to have to block better.” 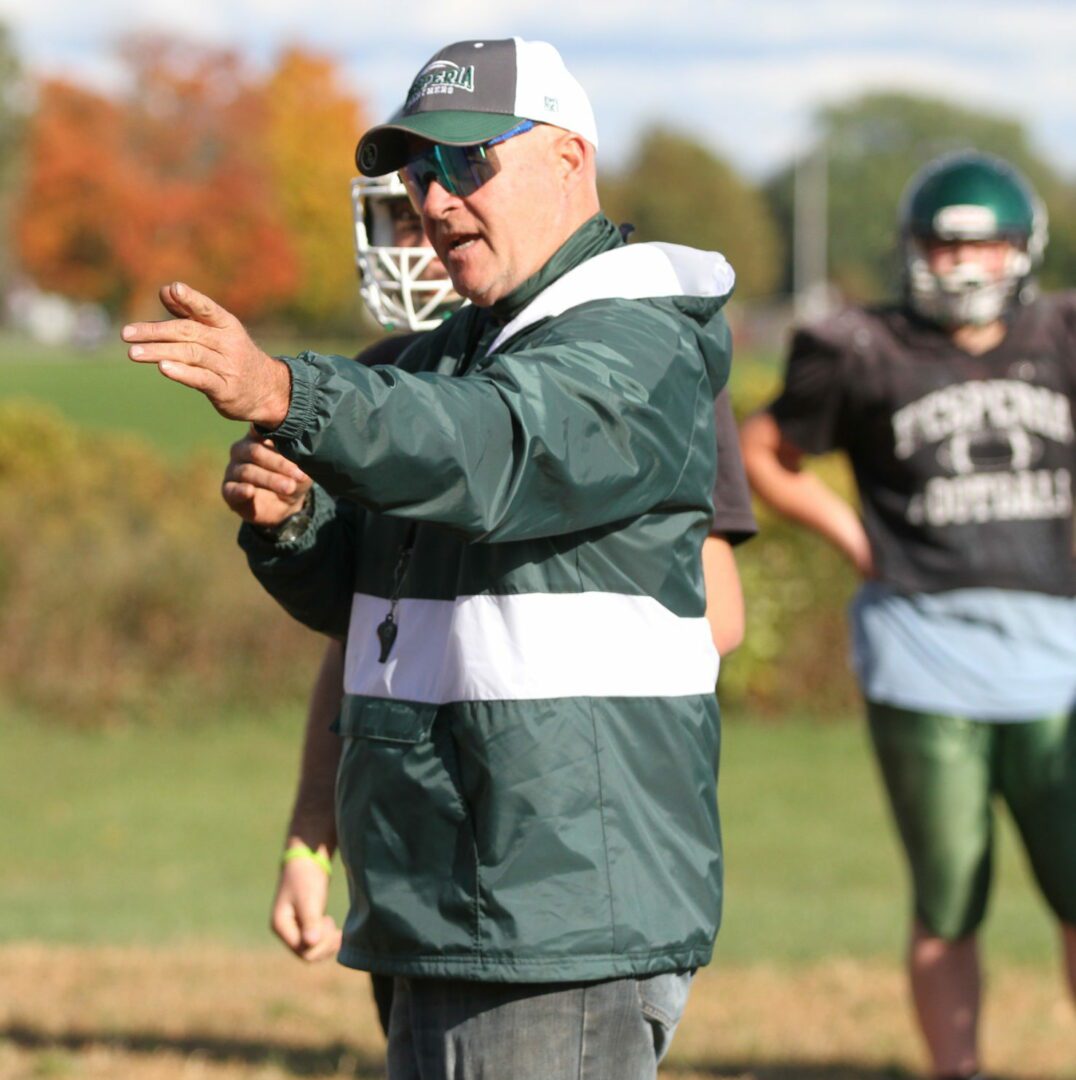 At Hart, Witteveen had been working to turn around a football program that has struggled for years. The Pirates’ last winning season was 1997, when they went 5-4. Witteveen’s best season was 2018, then the team finished with a 3-6 record.

Despite the challenges, he was determined to keep plugging away with the Pirates for at least a few more seasons. Heading into August, he had no reason to believe that his tenure at the school was about to end.

But after the MHSAA announced that football would move to the spring, he knew he had to resign in the best interest of everyone involved, and never dreamed that the situation would change again so quickly in just a few weeks.

“I had people tell me that I shouldn’t have stepped down right away, but I’m self-employed and spring football would have been a disaster for my family,” Witteveen said. “I had to do it right for the kids at Hart, and for the next coaching staff, so they would have ample time to get ready. So I did it for all the right reasons.”

Witteveen admits that it stung a bit to hear that he couldn’t return to his job when fall football was reinstated, but said he has learned over the years that life sometimes deals cruel blows, and more opportunities are always around the corner.

“Until you take your last breath, you are always learning life lessons,” he said. “Like I told some other coaches who called me, I have dealt with worse things. I watched my wife take her last breath after having cancer, and I had Marines knock on my door to tell me my son was no longer with us.

“I love those kids at Hart. They have great attitudes, they work hard and I was having fun with them. I would very much like to thank all the coaches at Hart who helped me over the years. They are a great group of guys who put a lot of time and effort in, more than people realize.

“But I can’t look back. I have a job to do and I’m having a great time. I’m working with a group of great coaches at Hesperia. I’ve known Doug and his son Craig, as well as Coach McGhan and Coach Castillo, for a long time.

“One door closes and another one opens.”