With volleyball and soccer still banned, a few local teams have gone far north to play

The Montague volleyball team was expecting to have a big fall, with all but one starter back from last

So the Wildcats did what they had to do to get ready for the season, practicing on the grass of softball fields, because gyms in the southern Lower Peninsula remain closed due to state regulations.

After the start of their season was delayed, the Wildcats found a way to compete, arranging to play in a quad match last week in Cadillac, where volleyball is still allowed. 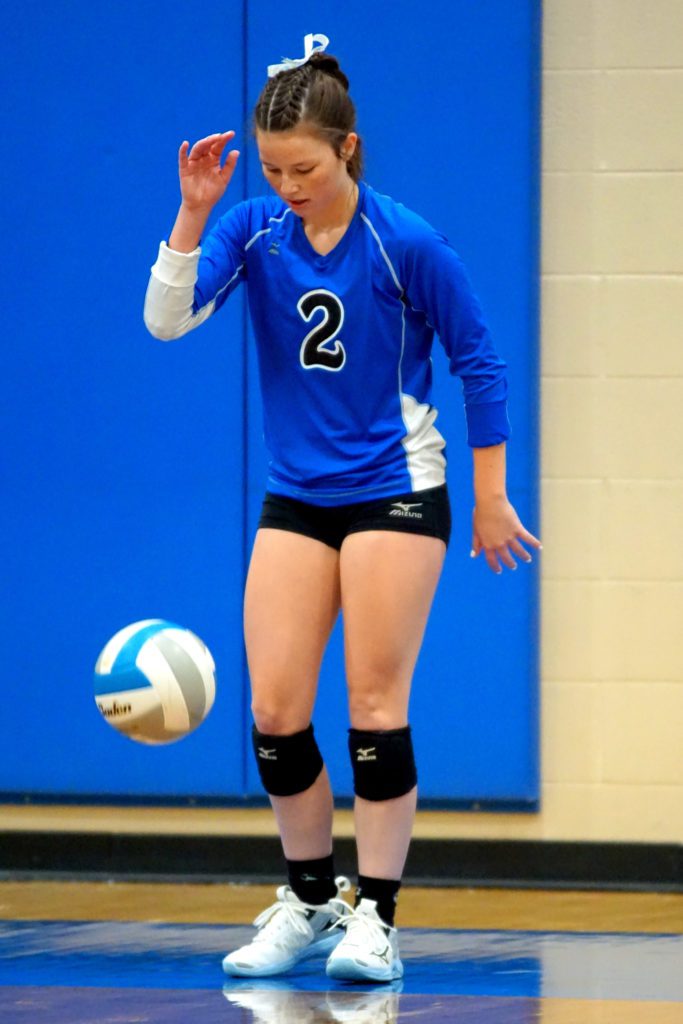 Now reports are suggesting that Gov. Gretchen Whitmer may lift her gym ban later this week, which would allow volleyball all over the state. That move would also presumably allow the start of the boys soccer and girls swimming seasons, which have also been delayed by government order.

Montague volleyball coach Shawn Bectel will be thrilled if that happens. But if it doesn’t, he says he will keep trying to arrange matches up north, to give his players every possible chance to compete this season.

“We had not been in a gym since last year,” said Bectel, whose Montague team won all three matches in Cadillac. “In the summer they practiced on sand, and once we were allowed to practice as a team we went to the softball field and had grass courts. We move the courts around every two days, so we don’t destroy the field. It’s not as fast as we would like. It definitely had its challenges.

“We finally played last Tuesday and looked really strong, I guess because of the fact that we have a very veteran group. Was our timing off a little bit? Of course it is, but it’s off for everyone else, as well.

“I told the girls I would keep them updated on everything I hear. I told them we could be playing today, but not tomorrow. As long as they get some games in. For a lot of these girls, it’s not just about the high school season, but getting recruited for college. They’ve worked hard to get to this point, so the chance to play at all is excited for them.”

Grand Haven, another area volleyball power, also traveled to Cadillac to play in a quad event on Aug. 21, and won all three of its matches, despite having no practice time in a gym.

The trip to Cadillac wasn’t confirmed until the day before. Head coach Aaron Smaka texted his players around 10 a.m. to tell them they’d be playing the next day.

“We hadn’t handed out uniforms and didn’t have rosters,” said Smaka about how fast the Cadillac trip came together. “We weren’t training like we were going to play that week, so fatigue was definitely a factor. We played 12 sets of volleyball, and I don’t know the last time our girls had played that much.”

Smaka said his team struggled at first to make the transition to playing indoors, after practicing outside due to restrictions.

“We made mistakes at the beginning, probably because of emotions and excitement,” the coach said “But we settled down and played well overall.”

After the Cadillac trip, Grand Haven went 10 days without playing, then traveled to Traverse City on Monday and won two of three matches.

Now the Bucs are waiting to see what’s next. They have two alternative plans for the weekend, depending on whether the governor opens gyms or not.

If the ban is lifted, the Bucs are planning on hosting a home quad on Thursday, then the annual Battle on the Boardwalk tournament on Friday. If that doesn’t occur, the Bucs will once again travel to play in Cadillac on Friday. 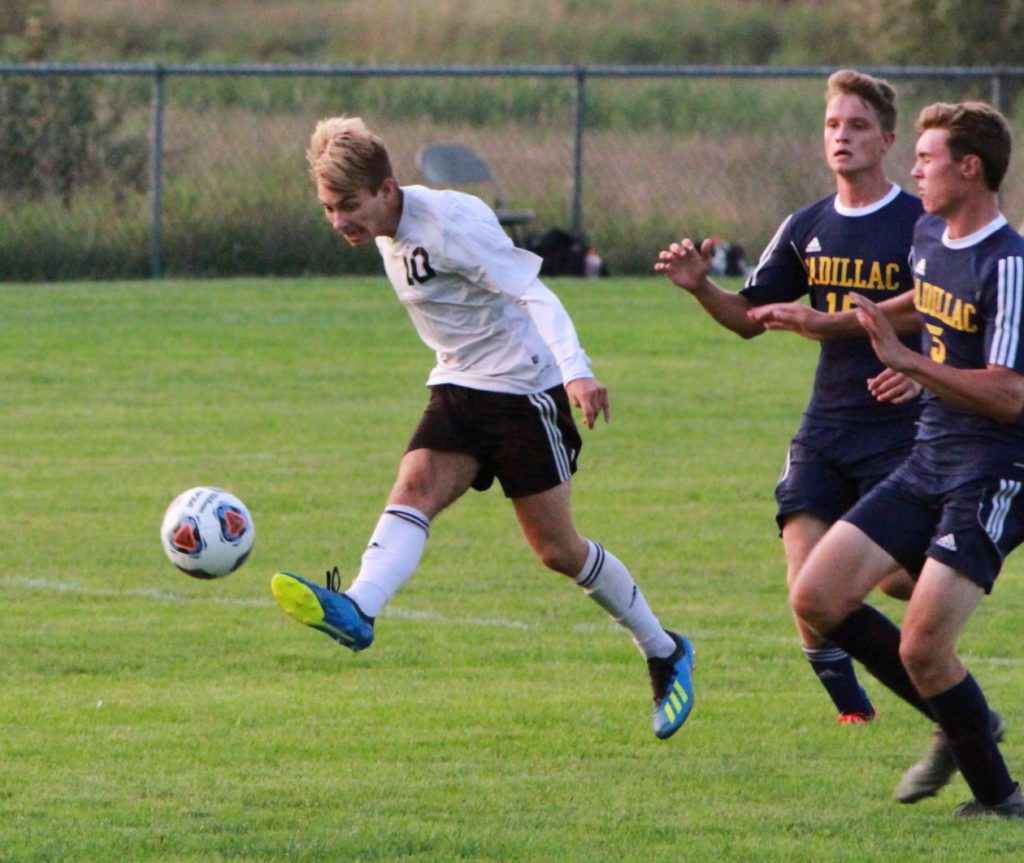 The Ludington soccer team competes in a match in Cadillac last week.

The Bucs also know there is still a possibility that the season could be cancelled altogether.

“I think we all have those doubts,” Smaka said. “There’s no doubt that the kids and parents do. But honestly, it’s out of our control, and the kids would rather compete than not. But they’d also rather practice than not practice, so they’ll take anything they can get.”

Grand Haven senior Mackenzie Gross is hopeful that this will be the week that they get the go-ahead for the rest of the season.

“Our team has a group chat and every day we get updates from Smaka,” Gross said. “We’re all super focused on what’s going to happen and the new rules. We’re excited that it could be a go, and I’m very hopeful that we can keep the season and play through. We’re looking for the best.”

At least one local soccer team also taken advantage of the chance to play a game up north.

On August 24, the Ludington soccer team traveled to Cadillac and played to a 1-1 tie in a game that was originally scheduled to be hosted by Ludington.

“It was kind of a fortunate situation,” said Ludington head coach Kris Anderson. “We were scheduled to play Cadillac at home, but when the announcement came (about games only being allowed up north) we instantly flipped the location.”

Anderson said he personally wasn’t convinced that his team was going to play until the game actually started.

“When you play a sport, you play for games,” he said. “You don’t play for practice. Yes, practice makes you better, but you play for the games. The kids were very excited and were like ‘Yes, we get to play!” I think they also realized how fortunate we happened to be.”

While the Orioles were excited to finally get some game action, it’s now been a week and they don’t know if or when they’ll get to play again. They currently have no more games scheduled up north, and their conference, the Lakes 8, consists mostly of schools in the Muskegon area, where high school soccer is still forbidden.

“That’s what’s hard,” Anderson said. “We went and played a game, and now we have no idea if or when we’ll play future games. It’s kind of just like, now what? You can’t keep dragging this out. I haven’t heard when, but eventually there has to be a point where you move it. It’s not fair to the kids.

“The football program knew it was moved to spring. We have four guys who came over (from football) and joined us. Football can keep practicing, but because they joined us, our school district won’t let them play with us and practice football. Those kids are in a tough spot. The sport they really like to play is practicing, but they can’t practice with them. If we can’t play, let them guys go play football. They need to make a decision.”