The Oakridge soccer team stayed unbeaten on the season with a 2-1 victory over North Muskegon in a West Michigan Conference contest Wednesday night. 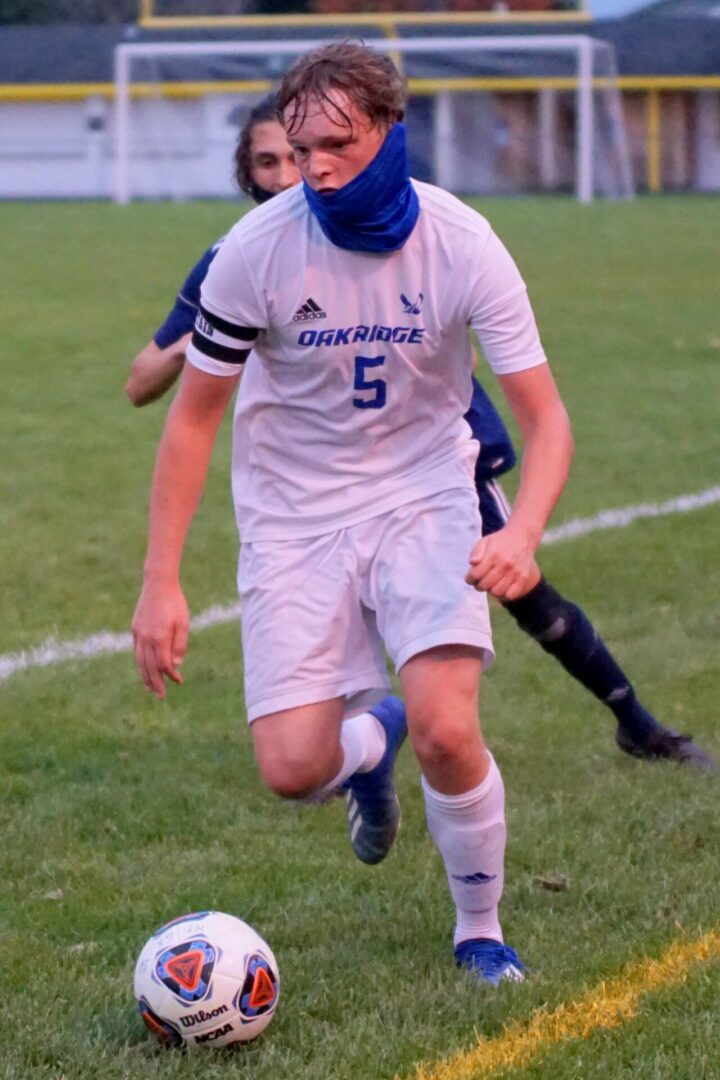 Victor Contreras got the Eagles on the board off an assist from Arturo Romero in the first half. Logan Hunt added to the lead in the second half off a corner kick from Gavan Bignall to put Oakridge up 2-0.

North Muskegon added a late goal on a penalty kick from Dylan Schultz to close the gap to 2-1, but Oakrdige held on for the win.

SPRING LAKE 8, ALLENDALE 0 — Porter Saunders had a huge night for the Lakers, finding the back of the net four times. Sheldon Bunnell had a great night as well, registering a hat trick. Sam Odgen added the final goal from Spring Lake in the blowout win.

The offensive explosion breaks a string of three straight 1-1 ties for the Lakers.

Justin Laus starred in the net for Fruitport with 18 saves. Henry Swartz, Blake Hronek, Jaxon Deneen, Jackson Smith Upson and Christian Swaitek turned in solid defensive play in the back for Fruitport as well.

The Trojans return to action Saturday against Orchard View.

SHELBY 4, MONTAGUE 0 — The Tigers played a strong all around game to secure the conference win.

Logan Claeys, Ricardo Bahena, Joseph Hayes and Harry Kidder each registered a goal for Shelby, while Bishop Lee manned the net in the shutout. 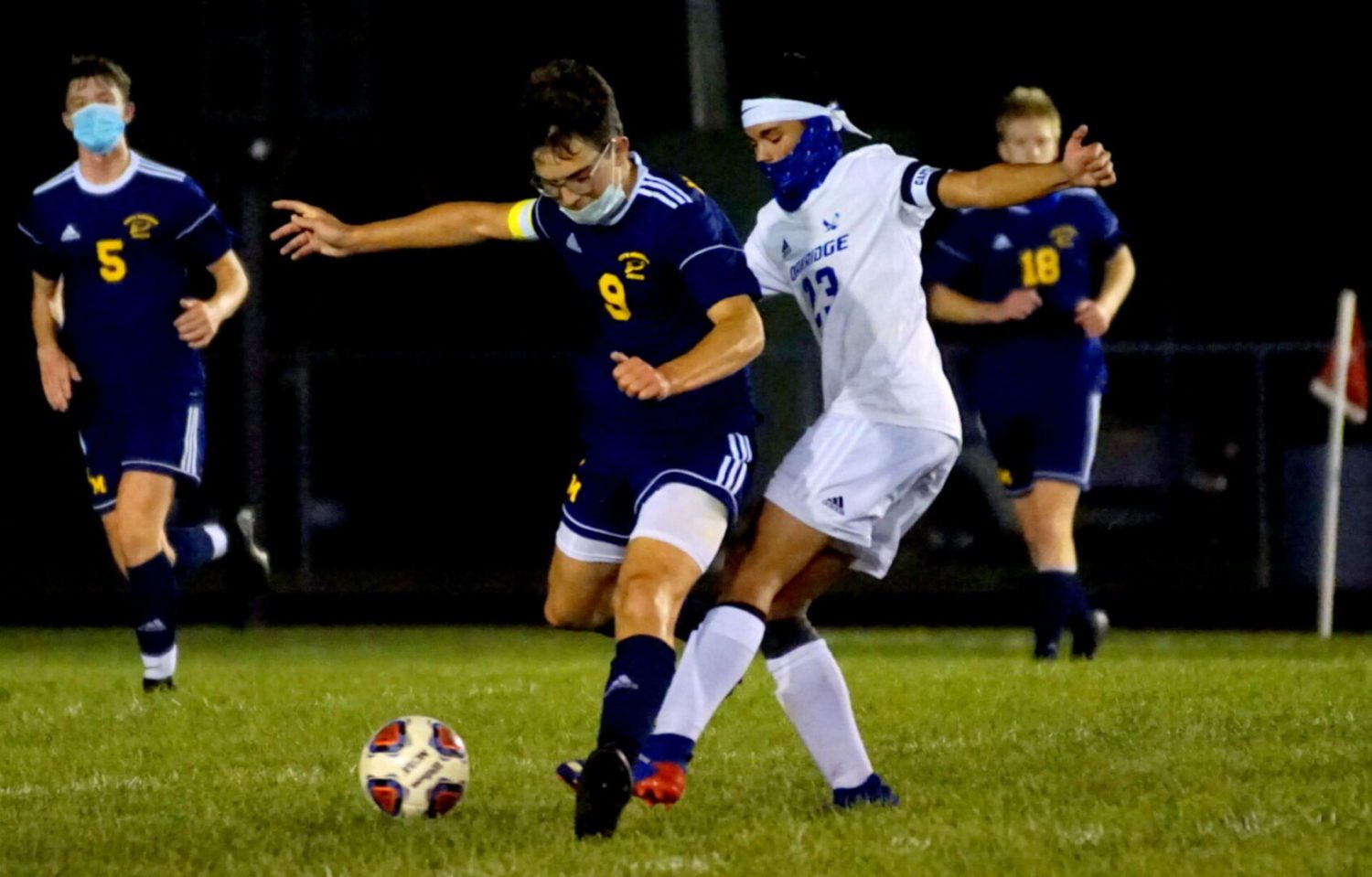 Oakridge’s No. 23 Gavan Bignall kicks the ball away from Nolan Mallory. Photo/Leo Valdez

OTSEGO 3, LUDINGTON 0 — The Orioles struggled to score in a shutout loss to Otsego. Shots were even, as both teams registered 11 shots. Tiler Marrison made eight saves for Ludington.

RAVENNA 4, HART 3 – Jesus Salgado, Rigo Rangel and Justin Reyes each scored a goal for the Pirates.