New WMC soccer coach Ben Buursma, who replaced the legendary Dave Hulings, is off to a promising 3-0 start

NORTON SHORES – Talk about a tough act to follow.

It was the third state championship for legendary WMC Coach Dave Hulings, who went to retire in the spring after 15 seasons on the job, and definitely went out in a blaze of glory. 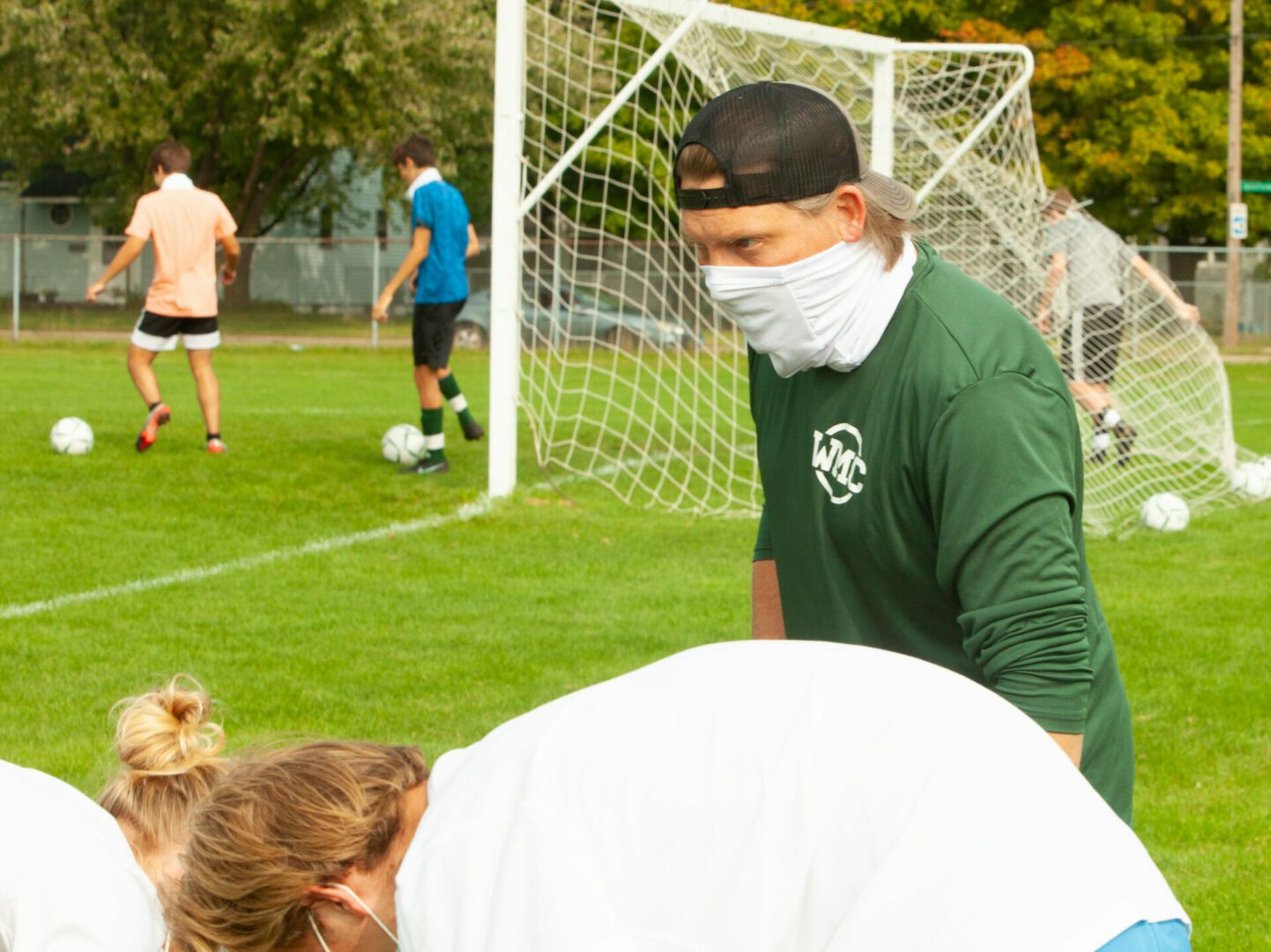 Someone had to take over for Hulings, and be willing to accept the obvious pressure that came with the position.

That someone turned out to be Ben Buursma, a former assistant coach under Hulings, a longtime junior varsity head coach at Grand Haven, and the current president of the Lakeshore Soccer Club.

So far he hasn’t skipped a beat as the new coach of one of the top high school boys soccer programs in Michigan.

After missing four games due to the COVID-related delay to the season, his Warriors are 3-0.

A big win was last week’s exciting 2-1 victory over Lakes 8 Conference rival Ludington. WMC’s Ashton Leffring scored the go-ahead goal with 16 minutes left in the game, giving the Warriors the victory, despite being outshot 13-6.

The Warriors also beat Muskegon Catholic on Tuesday 5-1. Their next challenge will come Thursday at home against another conference rival, Orchard View. LocalSportsJournal.com will be on hand to cover the game.

“I was really encouraged by the win over Ludington,” said Buursma, 42, who played soccer at Grand Haven High School and Calvin College. “They have a really strong team, with 10 seniors, and they are fast and strong. They really took it to us basically the entire first half.

“It took our guys a lot of working together to make sure we were able to bend, but not break. Once they realized they could do that, they started to impose their style on the game. They really responded well. I’m really excited about what the rest of the season holds for these guys.”

Buursma knows the expectations at WMC, where the boys team has won seven state championships dating back to 1988. He knows he will be compared to Hulings, who posted an amazing 252-72-18 record between 2005 and 2019, and won 10 conference, 10 district and 7 regional titles, to go along with his three state titles. 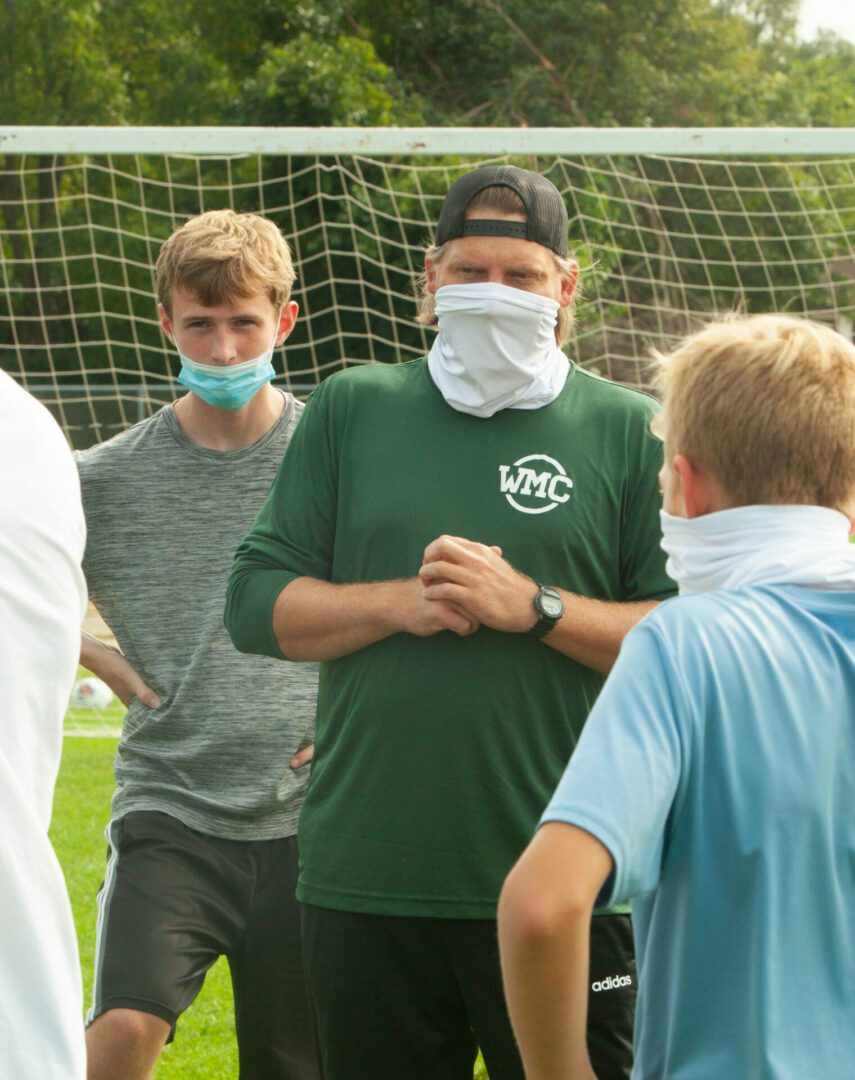 Buursma talks to his players during a break in practice. Photo/Jason Goorman

He starting thinking about applying the job after talking to a member of the committee that was searching for a replacement for Hulings.

He had been away from high school soccer for two years, since resigning as the Grand Haven JV coach following the 2017 season, and definitely missed it.

He was quite familiar with WMC. He was an assistant coach under Hulings in 2008 for one girls and one boys season, before moving on to coach for seven years at Grand Haven. During that time he also worked at WMC as a communications specialist.

He also has family connections to the school. His daughter just graduated from WMC in June, and his son Charlie is a freshman at the high school and is now a member of the varsity soccer team.

All in all, it seemed like a perfect opportunity at the right time for Buursma.

“I was asked if I knew anybody who was interested in interviewing for the job,” Buursma said. “I said I could probably think of a few people, but then I got to thinking that it might be time to get back into it myself. I thought it might be a great fit. I’m still helping to coach some (travel) teams for the Lakeshore Soccer Club, but it’s just not the same as the high school aspect, with the everyday interaction with the kids.”

Buursma seems ready for the pressure situation, and says he embraces the challenge.

“It is a tough thing to do,” he said about replacing a coach who had so much success. “There are a lot of expectations on the program and me. I have been trying to make it so the kids don’t feel those expectations as much.

”It’s a storied program. They are defending state champs, and year in and year out they compete for a state title. This year should be no different. There is a lot of talent out here. A lot of these guys are first-year varsity players who are really excited about getting the chance to prove themselves.

“This is the life, being out here with these guys every afternoon. It’s a lot of fun. I would like to be here a good long time and create some more tradition, and a little bit of a legacy of my own.”