EGELSTON TOWNSHIP — The Montague-Oakridge rivalry failed to go to overtime for a third year in a row, which might be some sort of record in this heated rivalry.

The Montague defense made sure that wasn’t even close to happening. 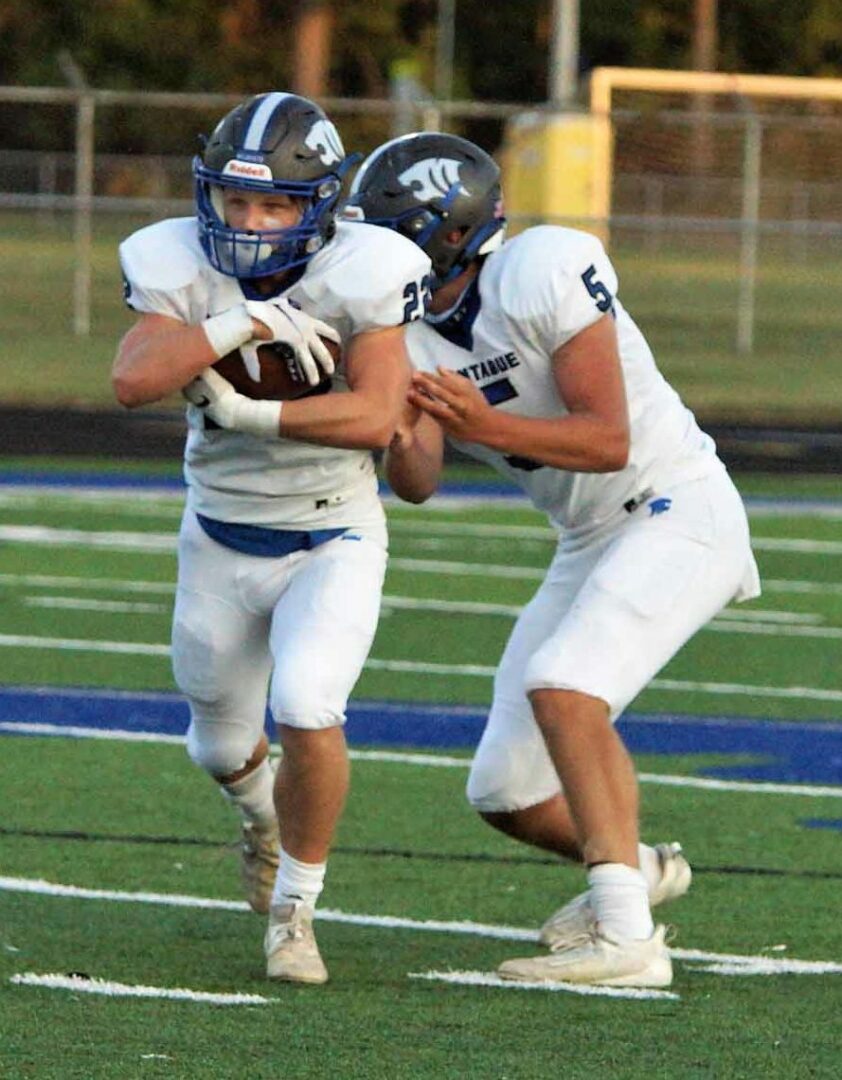 Montague won the battle on the line of scrimmage on both sides of the ball, forced Oakridge into a pair of costly turnovers in the third quarter, and held the Eagles to just 100 yards rushing in a convincing 42-6 victory that cements the Wildcats as the favorite to win the West Michigan Conference title.

“I told the kids, the season’s made of a million moments, but maybe we don’t have a million this year, maybe it’s more like 750,000 or something,” said Montague coach Pat Collins, whose squad improved to 2-0 overall and in conference play. “The season’s short, and this game is special because it makes you better. Playing against a team like Oakridge, you go through some resilient moments, and I thought our guys responded to each and every one of those.”

Montague’s victory came with a price, however, as talented junior running back Dylan Everett left the contest in a lot of pain late in the third quarter after getting hit in the knee on a kickoff. He kept an ice pack on his knee while sitting on the trainer’s table the rest of the game, and was occasionally greeted with well wishes from his teammates.

“We just told him to keep his head up, and love you bro,” said senior Sam Smith.

Smith had an outstanding game as a run-stuffing safety, and filled in for Everett at running back in the fourth quarter.

Everett was dominant in the first half, rushing for 138 yards on 16 carries, as the Wildcats built a 21-6 halftime lead.

Montague scored on its opening two drives, each capped by senior quarterback Drew Collins, who called his own number on a pair of designed runs that turned into touchdowns. Collins ran 12 yards for the first TD and one for the second.

Oakridge, which totaled just 223 yards of total offense, picked up its biggest play with 1:09 remaining in the first quarter when quarterback Ethen Dailey connected with receiver Jacob Danicek on a skinny post. Danicek found an open seam down the middle of the field and raced 74 yards to the end zone. 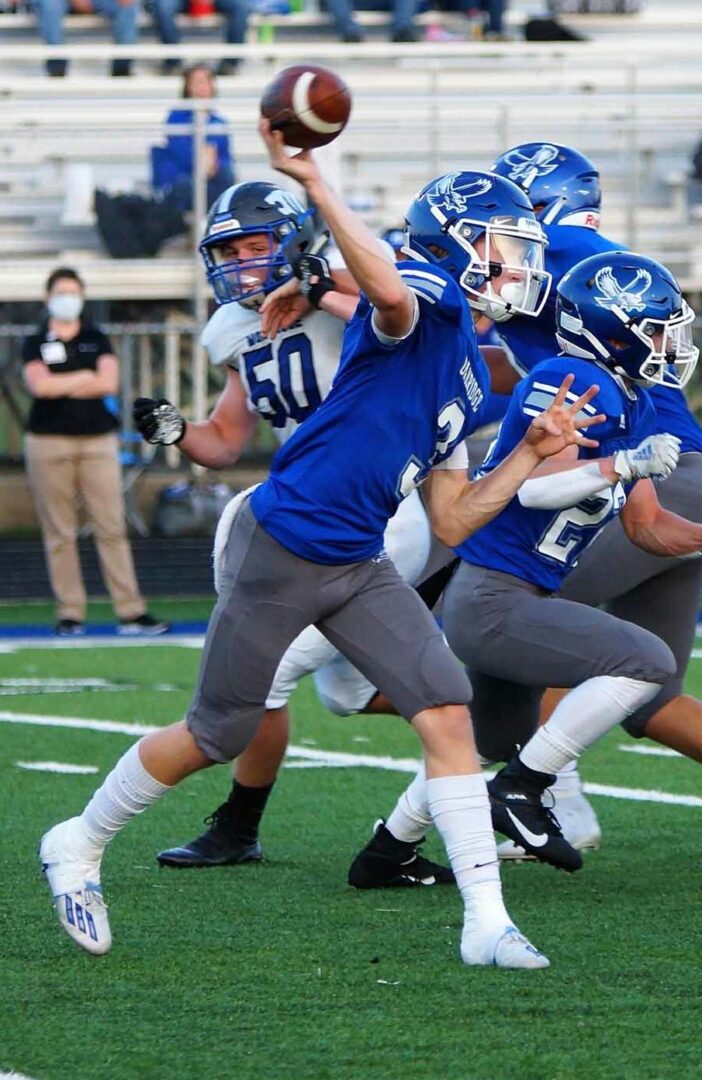 Montague’s ground-heavy attack helped ease the sting of the Eagles’ score when it turned in an 85-yard drive midway through the second quarter. Everett scored his first touchdown on a 16-yard run right up the middle to give the Wildcats a 15-point advantage heading into the break.

Montague had 201 yards rushing at the half, but Oakridge’s defense tightened in the third, holding the Wildcats to a pair of three-and-out drives to open the quarter. But Montague’s defense was also up for the challenge.

Everett and sophomore linebacker Rodney Brassfield each had key interceptions to halt Oakridge drives in the third. Brassfield returned his pick to the Eagles’ 13 yard line, and two plays later Everett scored his second rushing touchdown, pushing Montague’s advantage to 28-6.

“Our defense came to play,” said Smith. “At practice all week, we put a red jersey on our fastest player on our scout team to simulate (Oakridge running back) Corey Vanderputte. So we got used to chasing him all around.”

Coach Collins said it was crucial to limit the Eagles’ ability to get big yards between the tackles.

“Our inside the box play was really good on both sides of the ball,” he said. “In games like this, you gotta establish the run and stop the run, and I thought we won that battle on both sides.”

Montague chalked on a 1-yard touchdown run by Smith in the fourth quarter, as well as a 28-yard scamper by backup quarterback Andrew Kooi.

Drew Collins had 78 yards rushing and completed 4 of 7 passes for 64 yards with one interception.

Vanderputte was held to 52 yards rushing on 13 carries for the Eagles. Dailey finished with 44 yards rushing and completed 6 of 18 passes for 123 yards.

Johnny Majersky gets ready to hand off the ball as Kent City’s No. 5 Lane Dailey sees room in the backfield. Photo/Leo Valdez