MUSKEGON TOWNSHIP – The Mona Shores volleyball team is off to a great start, after having just an average season a year ago.

The Sailors, who finished last year with a 22-22-3 record that ended in the opening round of districts, have now won seven of their first eight matches of 2020. 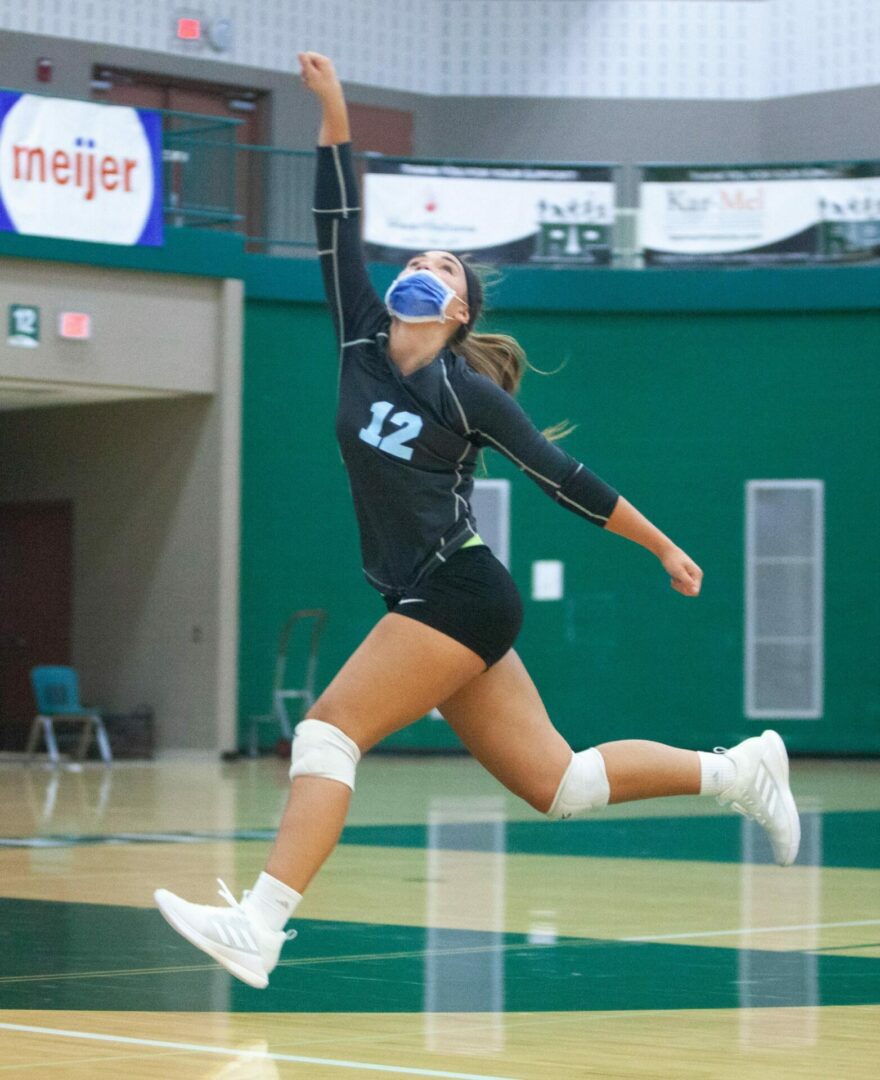 Brooke LeRoux follows through and watches the ball after making a dig for Mona Shores. Photo/Jason Goorman

Mona Shores started the week by upsetting local powerhouse Grand Haven in the annual Battle of the Boardwalk tournament on Monday and winning the championship.

The Sailors continued the success on Tuesday night with an impressive three-set victory over Reeths-Puffer in an O-K Green conference battle on the Rockets’ home court.

“Team chemistry has been a factor to this early success,” said Mona Shores coach Kathy Hellmann. “My three seniors are the best kids that you could ever want. They show up and help with everything. They want to win, and they are friends off the court that just want to get better.”

With such a strong start, Mona Shores is harboring dreams of competing for the title in the O-K Green, and perhaps even winning their first district championship in 21 years.

“We have to take care of business this year, starting with the conference,” Hellmann said. “We have to keep it together. These girls have worked so hard.”

The Sailors showed a little fatigue during the opening set on Tuesday, but gutted out a win. They led by as many as five points at 14-9, but allowed the Rockets to go on a 10-5 run to force a 19-19 tie. 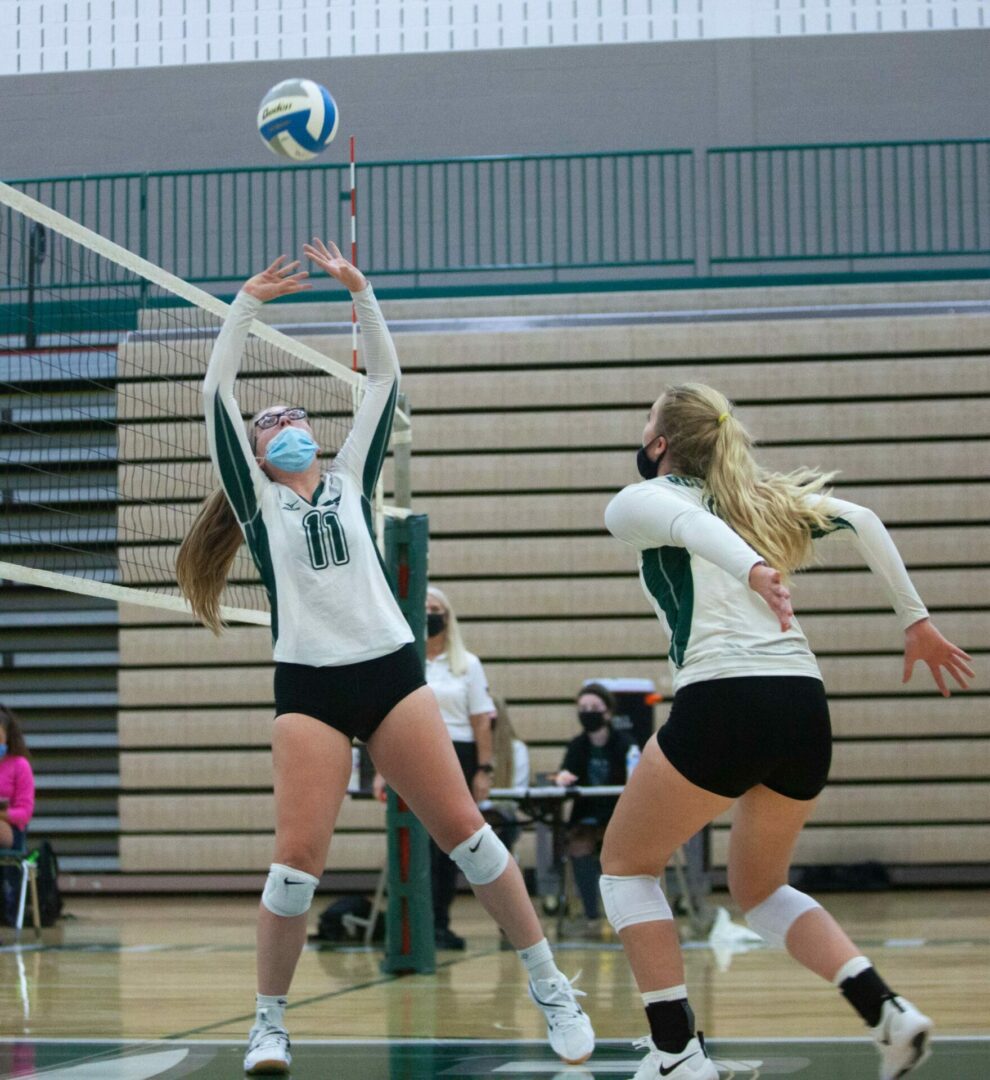 No. 11 Beth Jordan sets the ball for Reeths-Puffer. Photo/Jason Goorman

“I think we really needed to wake up,” Hellmann said. “We had three very tough matches last night, so I felt we were a little tired coming in and lackadaisical in our start.”

Mona Shores fell behind 4-1 early in the second set before exploding with 14 straight points on a long service run by Holli Brus to take a commanding 15-4 advantage.

The teams exchanged three points apiece before the Sailors scored the last seven points on a service run by Olivia Sobczak to take the set.

The Sailors jumped out to a 7-0 lead in the third set with an opening service run from Lauren Morea, then continued their success with an 11-6 run to take an 18-6 lead.

The Rockets made one final push to get back in the contest, going on a 11-5 run to cut their deficit to a 23-17 margin.

Mona Shores sealed the set and match by scoring two of the final three points.

The Sailors were paced offensively by Brooke LeRoux with 16 kills, while Brus added three aces and Grace Norris chipped in with 18 assists.

“They are a little more rounded right now,” said Reeths-Puffer coach Justin Birr about the Sailors. “We are still working on things rotation wise. We lost our energy and confidence during that second set.”

The Rockets were led by Brianna Stawski with 10 kills, 12 digs and four blocks while Elizabeth Jordan added three aces and 19 assists.

Reeths-Puffer is now 1-1 overall on the season.