MUSKEGON TOWNSHIP – Getting a shutout victory on opening night is pretty cool. 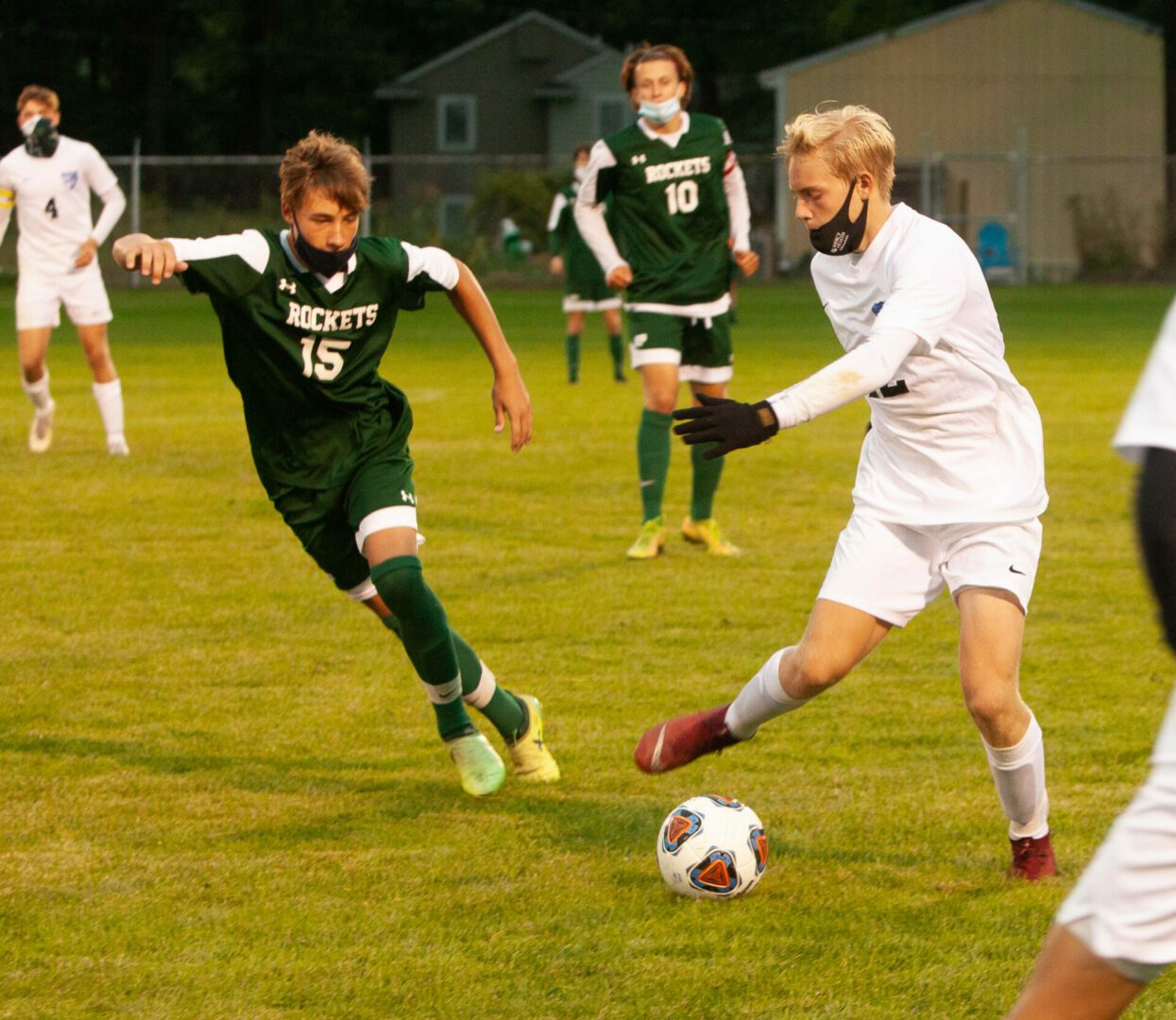 Getting that win against an archrival opponent is even better.

But getting all of that in the first game of a season that almost never happened is a pretty amazing feeling.

Just ask Mona Shores senior Hayden Yaros, who scored twice to lead the Sailors to a 4-0 victory over Reeths-Puffer on Tuesday in an O-K Green conference matchup on the Rockets’ home field.

The game was the season opener for both teams, who missed the first few weeks of their seasons before Gov. Whitmer finally cleared soccer to play last Thursday.

“Especially when we almost didn’t have a season, and had games cancelled, then to come out and play against Puffer and put up a shutout on them feels great,” Yaros said.

Yaros opened the scoring when he found the back of the net 17:12 into the game. That lead held up throughout the quiet first half, when Mona Shores had a 2-1 edge in shots on goal.

The Sailors offense came to life after halftime.

Yaros extended the Mona Shores lead to 2-0 when he scored just 4:22 into the second half.

At the 20:26 mark, Ibrahima Ndiaye scored off the rebound of an Abram Freye shot that hit the post, giving the Sailors a 3-0 lead.

The final goal came with 10:18 remaining when Alex Eckerman cashed in for the Sailors. 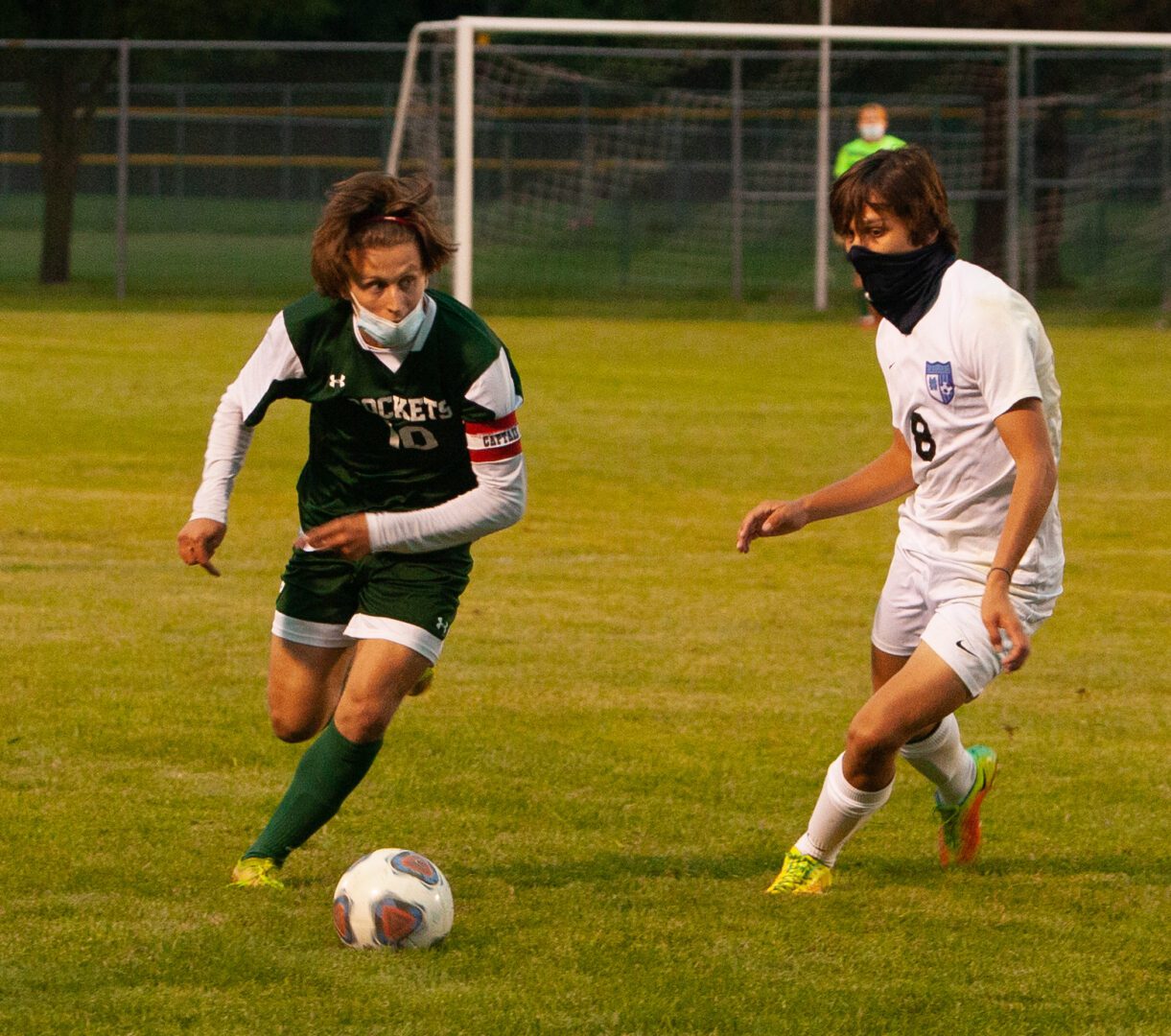 “It was good,” said Mona Shores coach Mike Apostle, who returns 10 players from a squad that went 10-8 last season “We had a lot of good ball movement and selfless play. It was good to see them all working together and trusting each other.

“It’s a good feeling, To get a shutout and play as well as we did, it’s a good thing to see.”

The victory for Mona Shores was even more impressive, considering the Rockets have 11 returning seniors from a team that went 11-9-2 last season.

“We’ll be back,” said Reeths-Puffer head coach Kody Harrell. “We’ll clean it up and be fine. We’ve got 10 seniors and great leaders. I’m confident we’ll progress in the right direction.”

Regardless of the outcome, both coaches said it felt great just to be back on the field.

“Tonight wasn’t the result we wanted, but I literally took five minutes to take it all in,” Harrell said. “I was so excited to see these guys out there playing.”

“You’re worried the season isn’t going to happen,” Apostle said. “Then it does, and you get worried about playing a rival right off the bat. But it was good.”