Mona Shores’ Hayden Yaros is back to full health, and lighting up the soccer scoreboard again

NORTON SHORES – Hayden Yaros broke into varsity soccer four years ago as a freshman, and a lot of people took immediate notice.

That’s because he led Mona Shores with 14 goals, and his potential over the next three years seemed limitless.

But a nagging knee injury slowed him down in his sophomore and junior seasons. Last year he only played in about half of the Sailors’ games due to chronic pain, and he wasn’t the scoring threat he had been as a ninth-grader. 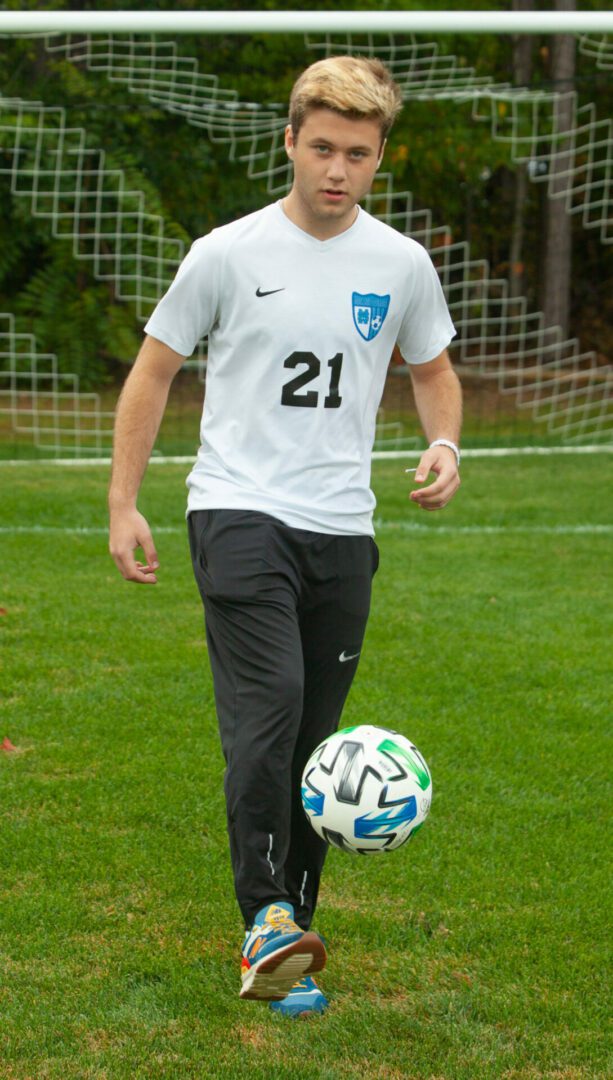 Finally, after last season, Yaros decided to have surgery to correct the chronic tendinitis that was plaguing his left knee, and it made a world of difference. He returned this fall for his senior season, and he’s once again been a goal-scoring machine.

Yaros leads the Sailors with 10 goals so far this season, along with seven assists. He has turned in three multi-goal games, including a three-goal, one assist performance last week in Mona Shores’ 7-4 victory over Zeeland West.

Perhaps his best overall game this season came in a 9-1 win over Muskegon, when he had two goals and three assists.

He kept up the pace on Monday night, assisting on both goals in the Sailors’ 2-0 road victory over Grandville.

“I had to go to physical therapy and that didn’t help,” Yaros said. “So I had to go back in, they saw it was getting worse, so they went in and did surgery. I was out for a month or two, then I started recovering.

“This year it’s dealt with and I don’t have any problems. It’s definitely been a bonus in helping me play to the best of my ability.”

“It’s made a huge difference,” the coach said. “You can see the explosion in his running, and he’s a lot more confident on the ball.”

Health was the only thing missing for Yaros, because he’s “obsessed with soccer” and extremely determined to improve his game at every opportunity, according to Apostle.

“He’s one of those kids who is always at the field,” the coach said. “You almost need to yell at him to take a break. I think he challenges himself on a daily basis, and it definitely shows.” 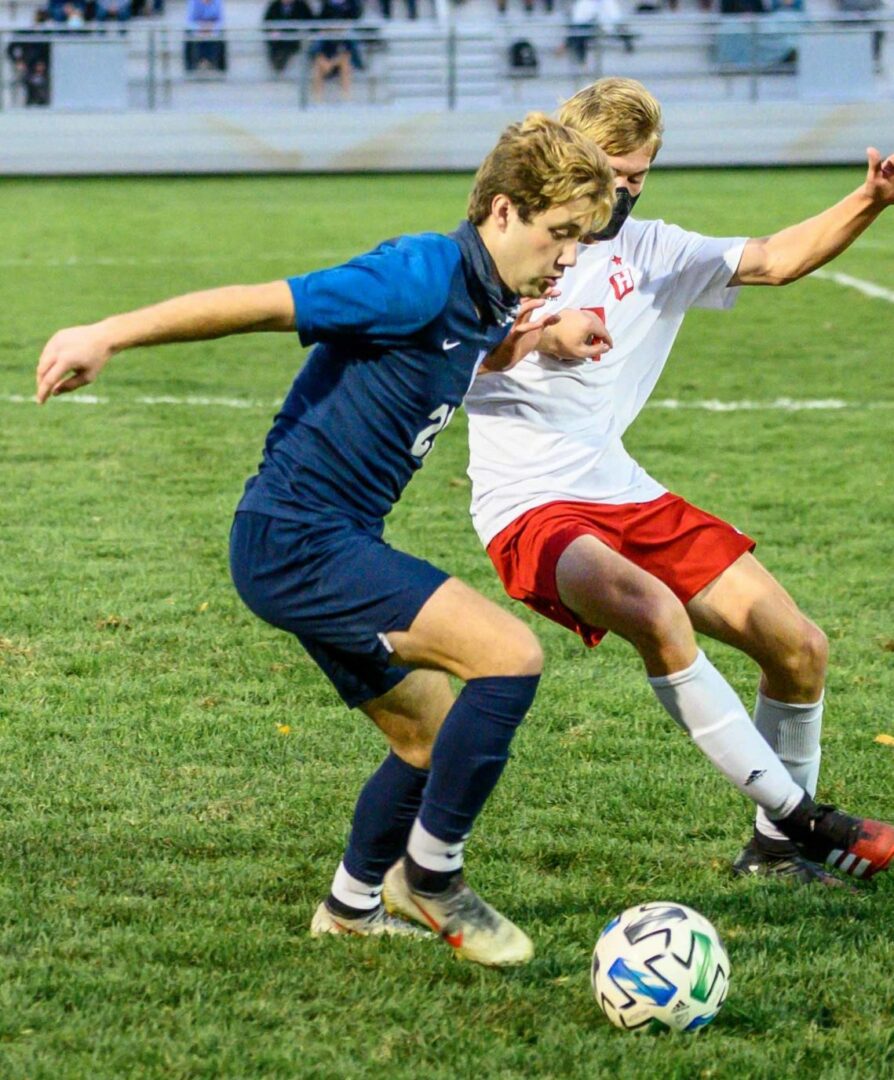 Yaros said he’s motivated to play as well as he can for his team.  He was obviously limited in his ability to do that over the past two seasons, and now with his knee no longer an issue, he’s going full throttle.

“It was bad that it happened that way, but there was nothing I could do about it,” Yaros said about the previous seasons. “I did what I could for the team. I wish I could have been 100 percent. But it’s fixed now, and I’m happy about that.

“There’s always something in your game you can improve on, and if you have a bad game, you have to be able to come back and do things better, not just for yourself but for the team.”

The team is doing very well this season, partially because of Yaros, and because of overall skill and experience. The Sailors have nine seniors on the roster who have been playing together for a lot of years, and they are cashing in on their last chance to shine.

Last year they were 10-7 overall, while this year they are off to an impressive 8-2 start, with a 5-2 record in the O-K Green conference.

Senior goalkeeper Keegan DeKuiper has posted five shutouts this season, and is on track to be among the top three in school history in that category.

Yaros noted that the Sailors have lost in the first round of districts for each of his three varsity seasons, and he thinks this could be the year they get past that barrier.

“We’ve been together a long time,” Yaros said. “I grew up with a lot of these guys, and we’ve been playing together for a lot of years. It just makes it easier. There’s not a lot of pressure, because we just go out and play with our friends. We have built a lot of team chemistry.

“Coming into this year we knew we had to make some noise. We don’t want to go out without achieving what we wanted to achieve. So far it’s going well, but we have to keep pushing to get better, strive to get past the first round of districts and go from there.”

Mona Shores’ Hayden Yaros (left) chases down the ball during a game against Spring Lake in 2017. Photo/Eric Sturr

Yaros tries to find his way around a Reeths-Puffer defender during a Sailor game last season. Photo/Joe Lane

No. 21 Yaros looks to make a steal during a Mona Shores game against Fruitport in 2018. Photo/Eric Sturr