the state tournament, particularly on defense. 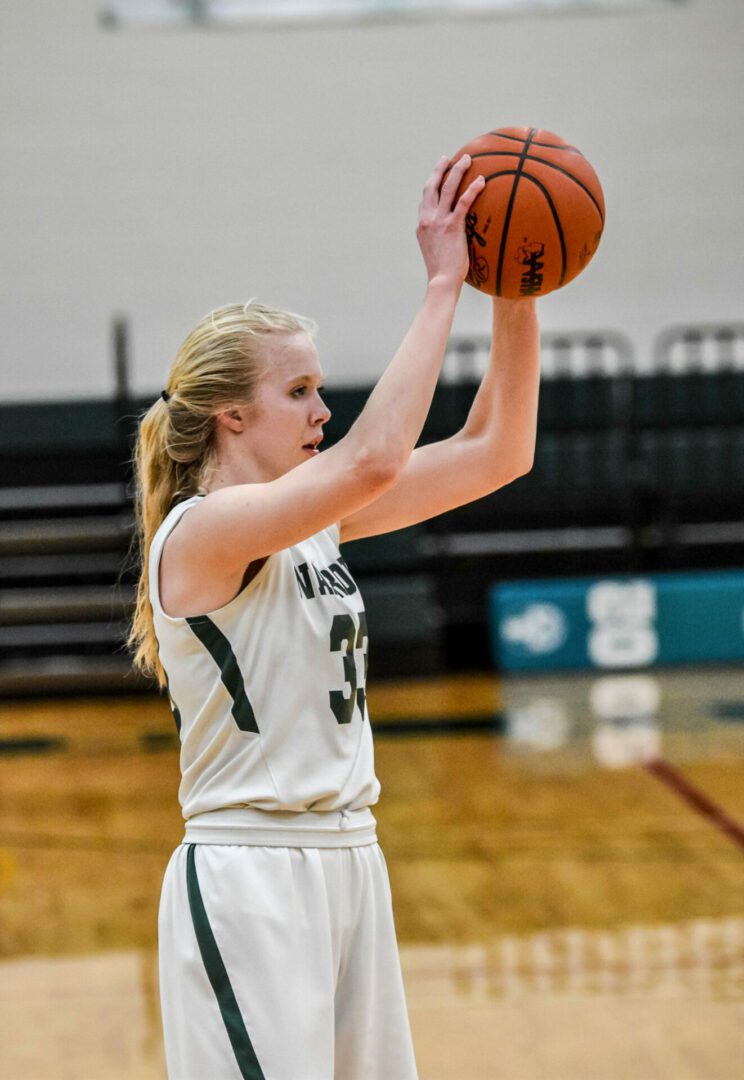 Taylor Folkema looks to make a pass from the top of the key for WMC. Photo/Mitchell Dixon | MSD Photography

The Warriors stifled Fennville with a full court press that led to an early 16-0 run, then cruised to an impressive 66-36 victory on Monday in the opening round of the Division 4 district tournament at WMC.

WMC now 15-6 on the season, will face North Muskegon in the semifinals on Wednesday at 5:30 p.m. on its home court.

The teams exchanged baskets in the opening minutes on Tuesday, but the Warriors’ press led to Fennville turnovers, which led to transition buckets and the decisive 16-0 run.

Taylor Folkema scored 10 first-quarter points and WMC led 22-7 after one.

“Whenever you can get three or four baskets off your press, that’s a huge bonus,” said WMC coach Jeremy Goorman. “Easy baskets that helped extend our lead.”

Folkema picked up her third foul early in the second quarter and sat out the rest of the half, but teammates Kayla Johnson and Maddie Wiersema picked up the slack, scoring eight of the team’s 12 second quarter points as WMC took a 34-16 halftime lead. 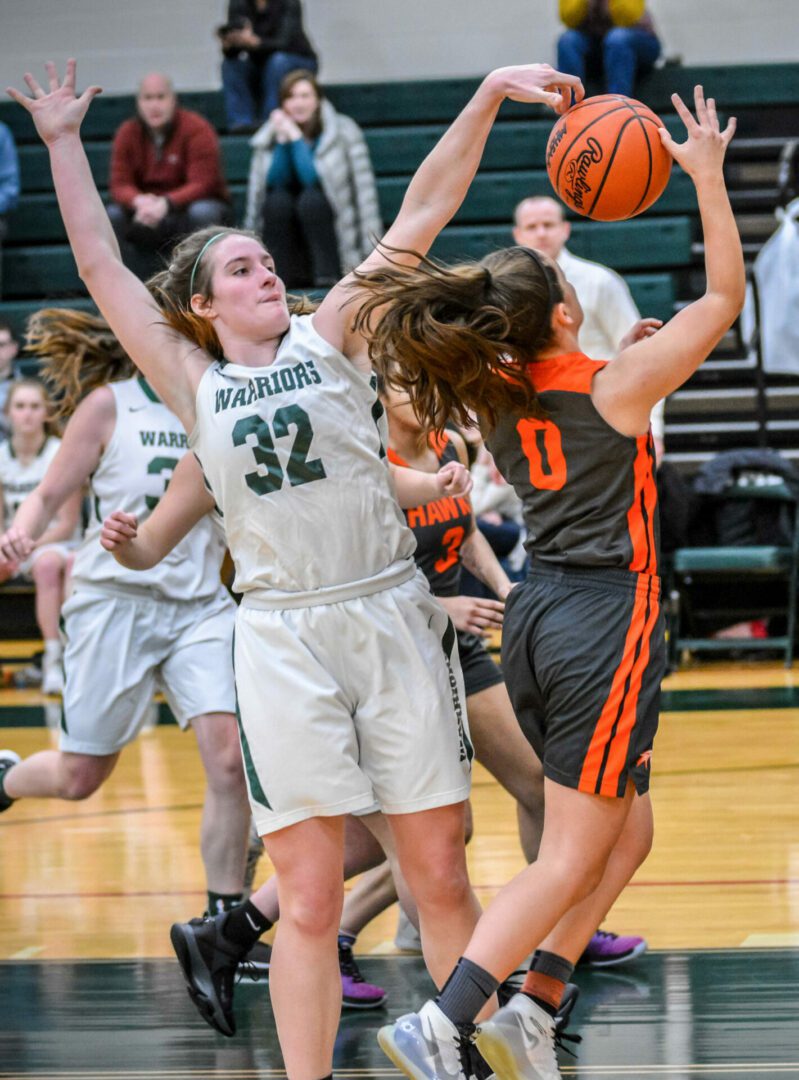 The Warriors held Fennville to a pair of field goals in the third quarter and increased the lead to 53-23 at the third buzzer.

Both teams scored 13 fourth-quarter points, and the Warriors were able to clear the bench and rest the starters.

“We knew they were good shooters, but we came in prepared,” Folkema said. “We were able to use our size against them.”

Folkema finished the game with 18 points, Maddie Wiersema added 14 and Kyla Wiersema finished with 10 points and nine rebounds for the Warriors.

Jackie Jaimes scored 15 points and Coryne Howard had 14 for Fennville.