MUSKEGON – The Spring Lake girls basketball players still felt the sting of their first meeting with Montague in December, when they built a

huge first half lead, then watched the Wildcats storm back and steal the win. 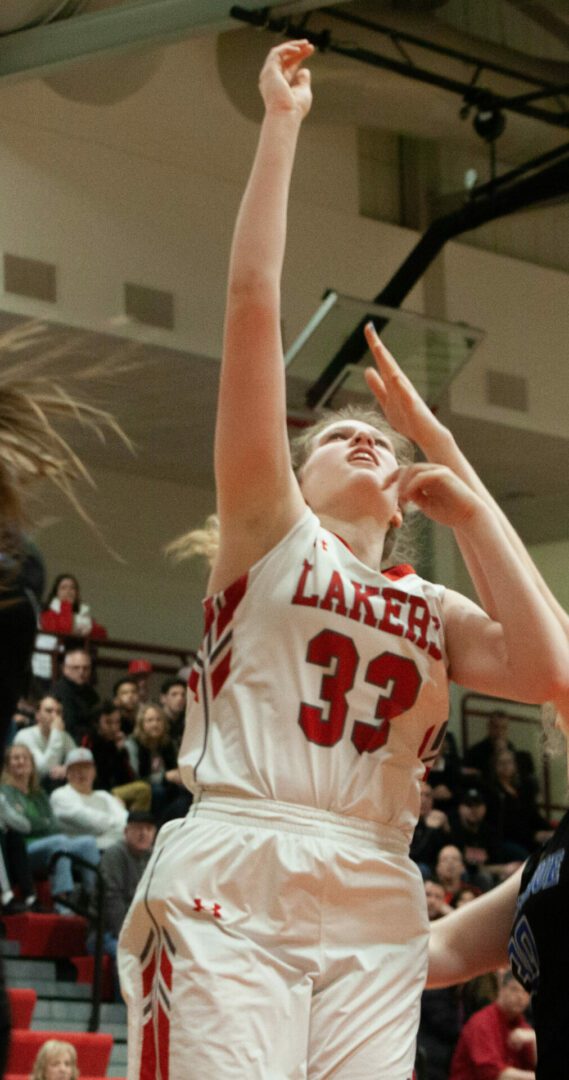 That’s not what happened on Friday in a rematch between the two teams in the Division 2 district championship game at Orchard View High School.

Spring Lake again jumped out to a big lead, 13-2 after one quarter, but this time held on to claim a 57-47 victory, the district title trophy and a berth in the Division 2 regionals.

The Lakers, how 8-13 on the season, advance to Tuesday’s Division 2 regional semifinal round against Grand Rapids West Catholic at Sparta High School.

Montague, the West Michigan Conference champion, finished the season at 18-5.

Spring Lake handled the Wildcats’ press with ease in the opening minutes to build its first quarter lead. The Lakers held Montague to no field goals and just two free throws in the first.

It was an opportunity that Spring Lake Coach Rich Hyde had his team preparing for since that early season matchup against Montague.

“We did the same thing (in that game) – we got up 28-8 at halftime, so we knew we could do it,” Hyde said. “But then we collapsed and they outscored us 27-12 in the third and we lost by three (51-48). From that day forward we put in a new press breaker, and (tonight) we handled the pressure and we only had six turnovers. We haven’t had less than 10 all year.” 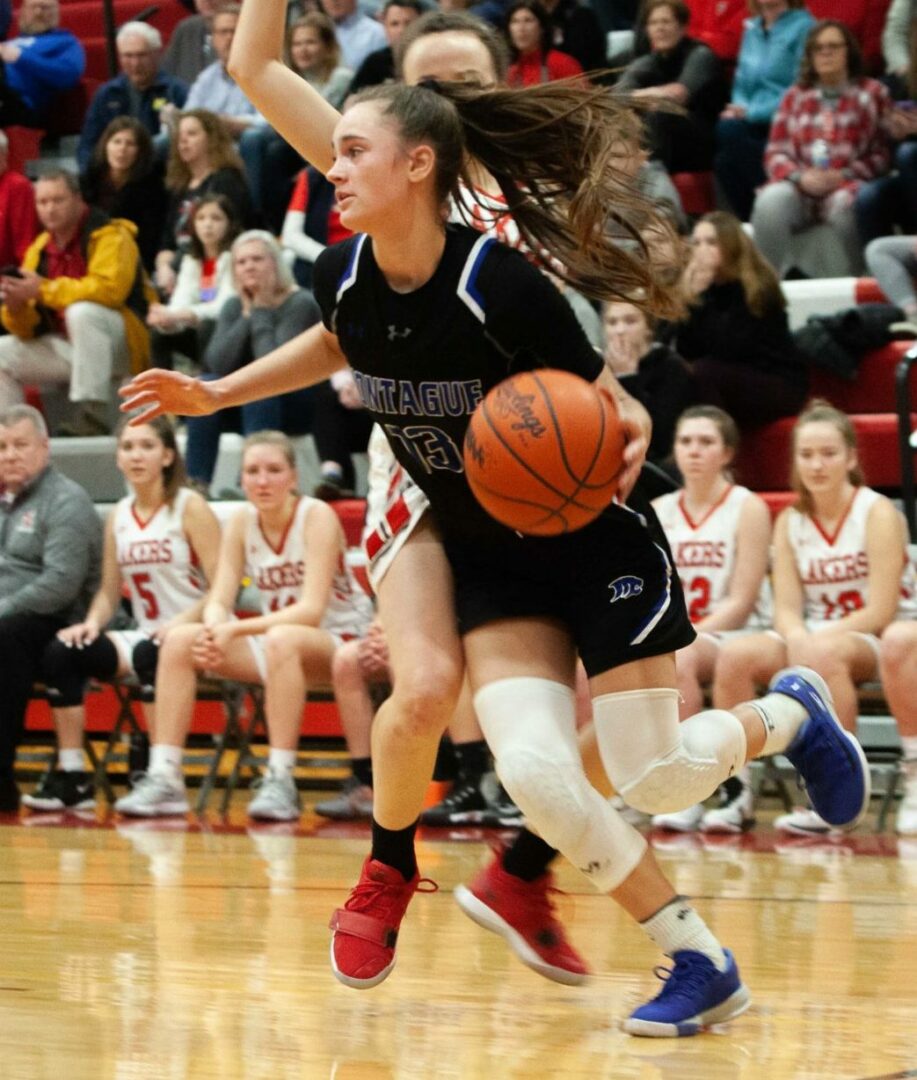 Spring Lake pounded the ball into the paint in the third quarter, when center Abbi Perkins scored eight of her game-high 20 points.But Montague continued to cut into the lead, pulling within five points, 39-34, after Andie Zamojcin’s buzzer beater to end the third.

Zamojcin scored early in the fourth quarter and pulled the Wildcats to within 39-36, but Jennifer Judge responded with back-to-back buckets, including a long 3-pointer following an offensive rebound, to give the Lakers a 44-36 lead.

That lead never got below 10 points as Spring Lake hit 6 of 11 free throws down the stretch of the final period.

“The two things we had to fix coming into this game was getting more of an inside game from Abbi, which we got, and handling the pressure,” Hyde said. “The girls did exactly what they had to do, they deserve this, and I am really super proud of this team.”

No. 11 Allison Hall follows through after taking a shot over the Spring Lake defense. Photo/Jason Goorman

Andie Zamojcin drives in the paint for Montague. Photo/Jason Goorman