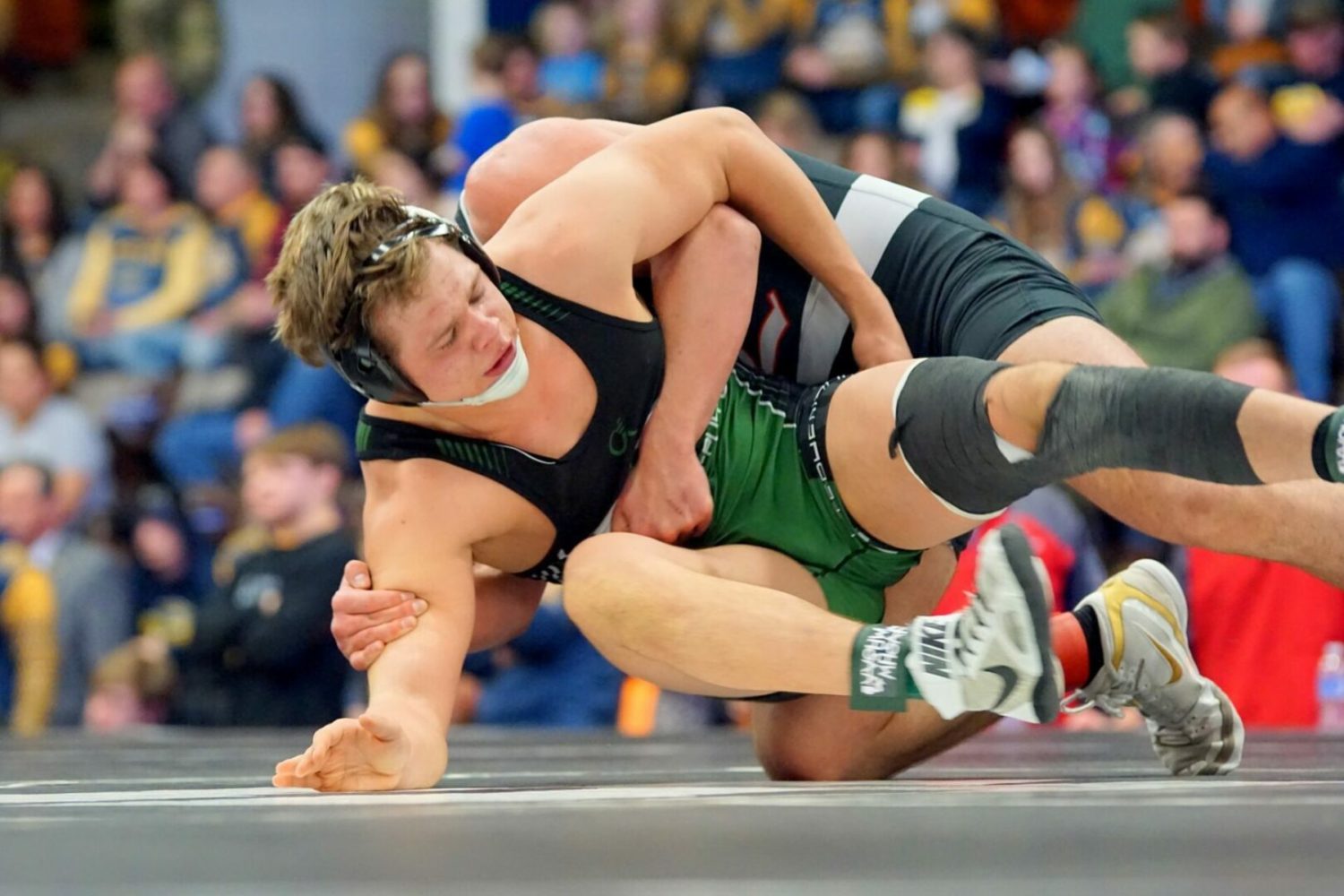 Colby Stephenson battles during his match at 189 for Reeths-Puffer. Photo/Leo Valdez

The result was not a shock to anyone, considering Lowell had won the last six Division 2 state championships, and went on to win its seventh straight later on Saturday afternoon.

But for Reeths-Puffer, just being in the final four of the state tournament was a huge accomplishment, and capped the best season in the history of the school’s wrestling program.

R-P’s postseason run got off to a great start with a tight victory over powerful Whitehall in the first round of districts. The Rockets went on to beat Muskegon in the championship match and captured its sixth straight district title. 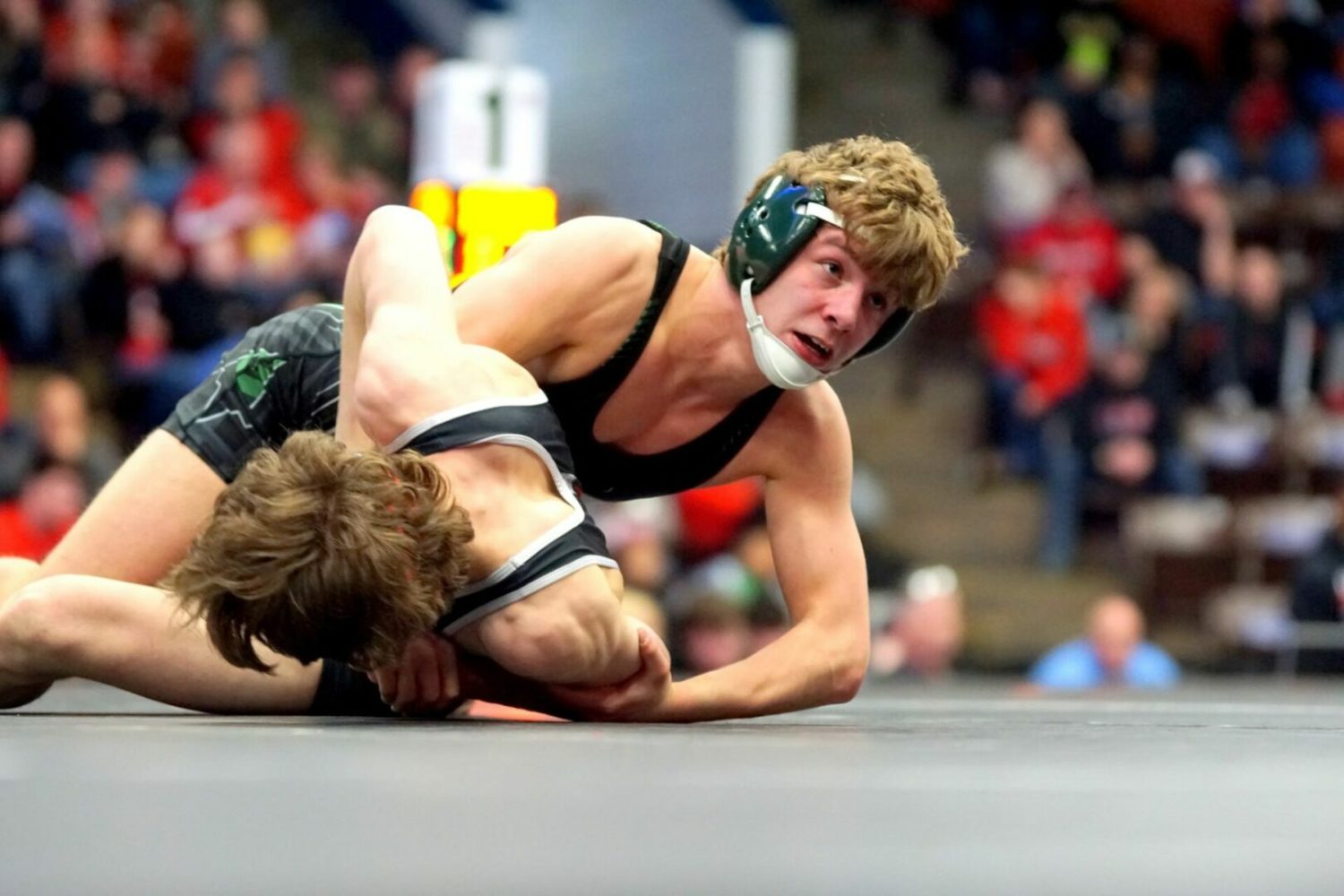 Reeths-Puffer’s Jacob Blawat tries to find the pin during his match at 119. Photo/Leo Valdez

A week later Reeths-Puffer won its first team regional championship in history, beating Greenville in the semifinals and Allendale in the finals.

On Friday the Rockets advanced to the state final four with a tight 36-30 victory over Warren Woods Tower in the quarterfinals.

But their luck ran out against Lowell. The Rockets only won three of the 14 matches, and lost seven matches by pin.