season, with a 26-4 record, a 21-game winning streak, its first state championship in many years, and a chance to play for a national championship. 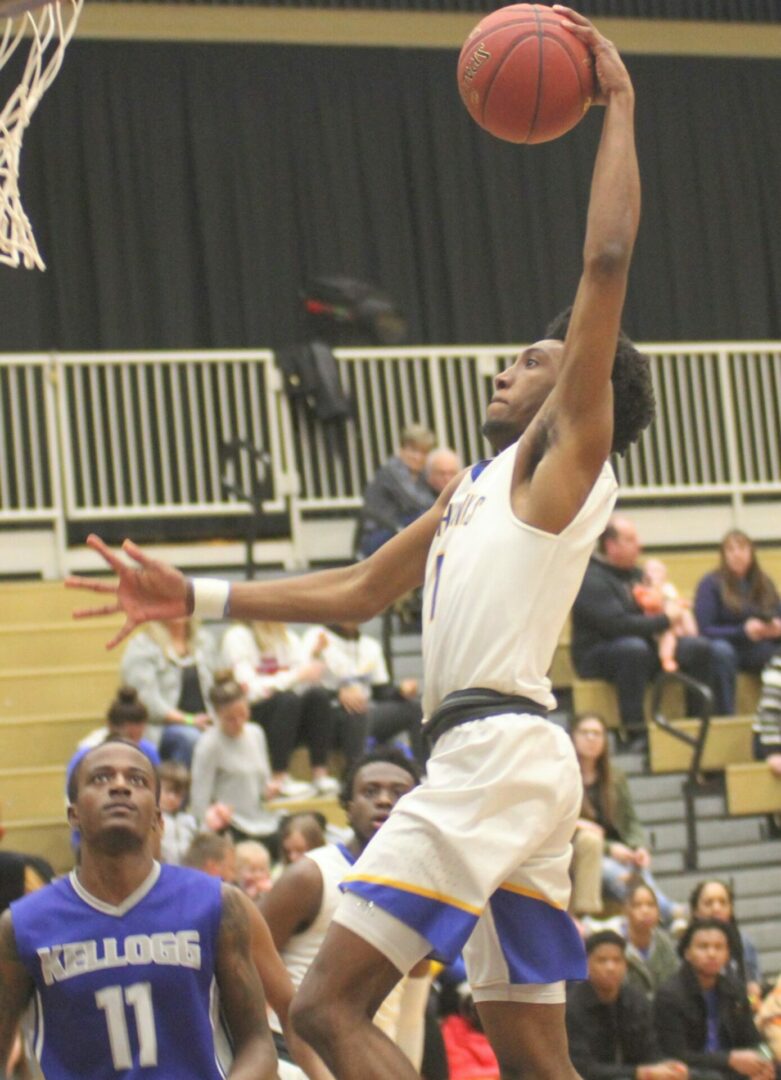 Travez Nyx glides through the lane for MCC against Kellogg CC in the state finals. Photo/Scott Stone

Then on March 16, the national health emergency brought a painful end to the Jayhawks’ season with the cancellation of the National Junior College Athletic Association Division 2 national tournament.

The tournament had originally been postponed until April 20, then word came that it would not happen at all.

“Our approach was to do everything in our power,” said Muskegon head coach Jimmy Booth, who just completed his third season as head coach of the Jayhawks. “We wanted to be prepared for April 20. But then as things continued to cancel, and it became more of a situation than we thought, we thought it would get canceled, but we continued to prepare. We were going to prepare as best we could until someone said we couldn’t play.”

When the news came, it was painful for the Jayhawks, who were seeded third in the 16-team tournament, and appeared to have a good chance to make a long run against the other top junior college teams in the nation.

“They found out relatively quickly,” Booth said. “They found out before I could get them together in a room. They kind of found out via social media, but we still met that day.”

“It’s really hard for them to understand. These guys worked so hard for so long, and deserved a chance to play for a national title. I think it’s a little easier for the coaching staff to understand the bigger picture, but we sympathize with the guys and did everything we could to keep their spirits up.”

“Really, I think about it every day,” said the guard, who averaged 16.2 points and shot 47 percent from the floor during the season. “That would’ve been a good experience for me. I haven’t really gotten over it, but I can’t let it hold me back. I just have to look forward.” 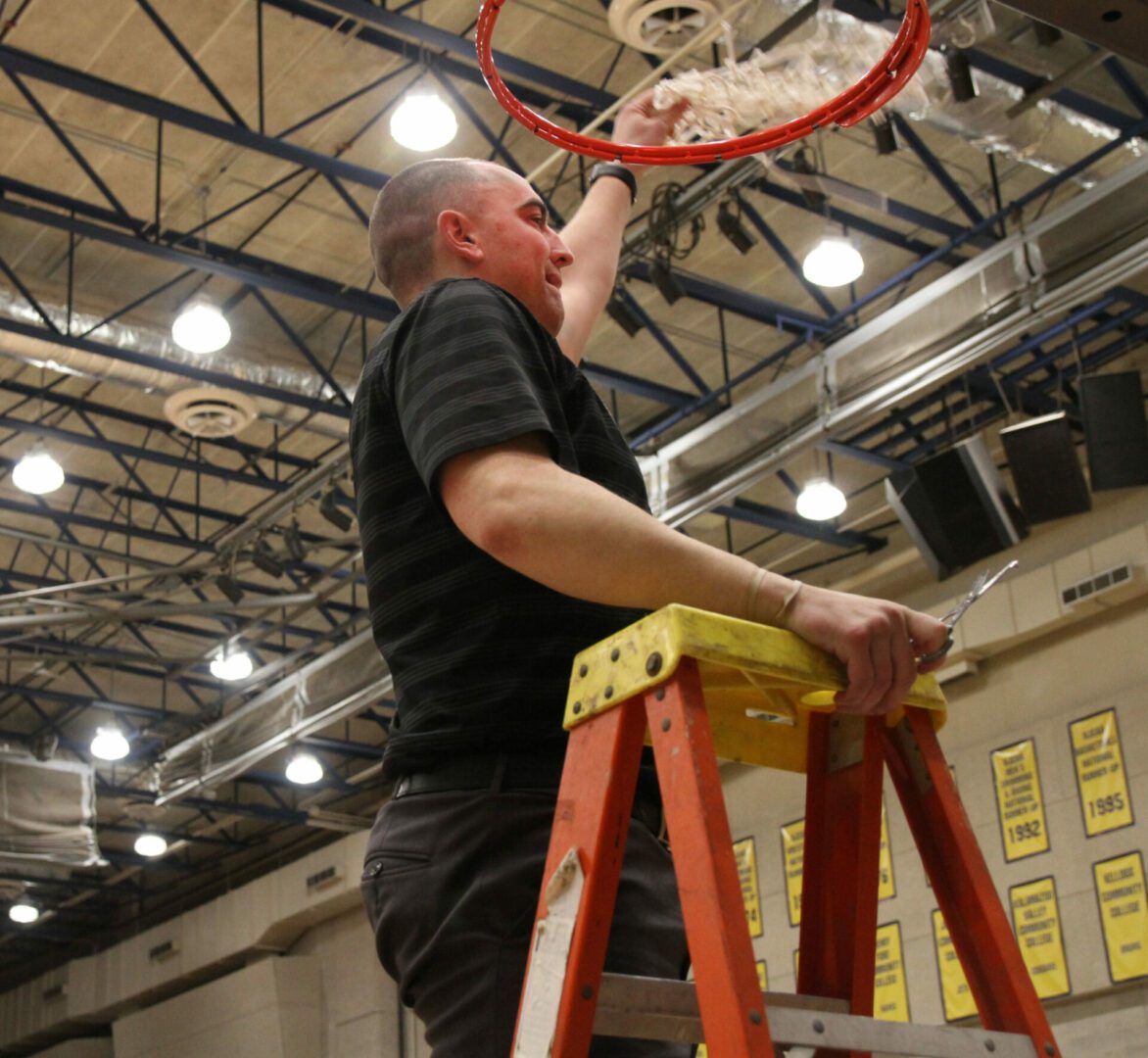 While the Jayhawks may be struggling to with their disappointment, there’s no denying that they had a great season, perhaps the best in program history.

They won the Western Conference title in the Michigan Community College Athletic Association, then won their first MCCAA state championship in 73 years with a 92-89 win over Schoolcraft College on Feb. 29.

“I thought we were playing our best basketball,” said Booth about his team, which had ripped off 21 straight wins. “I absolutely loved the draw we got, being the three seed. I loved our chances, which unfortunately makes it harder to deal with. I thought we were peaking at the right time and had a legitimate chance.”

The most obvious reason the Jayhawks were a national title contender was their potent offense. The team led the nation in scoring with a 92.5 points per game average.

“That was really fun,” said Golidy about playing on a team with five players who averaged double figures, including Travez Nyx (12.2 points per game), Jerome Bivins (14.1), Vejas Grazulis (14.2) and Kylan Shipp (19.1). “We didn’t have a go-to star player. Every night we had a different guy step up. Even our bench had guys who could go for double digits.”

No matter what the future may bring for the MCC men’s basketball program, the 2019-20 squad will always be remembered as one of its best, and a coach’s dream come true.

“It was a blast to coach these guys,” Booth said. “They really were so willing to share the ball and play for their teammates as much as themselves. We had a good group of guys top to bottom who really played for each other. Our success really was the result of every guy buying in.”