Lumberjacks fall 3-1 to Fargo in another penalty-filled contest

MUSKEGON – It would have been interesting to see how the Muskegon Lumberjacks and Fargo Force would have fared against each other this weekend if they had been allowed to play straight up, without constant interruptions by penalty whistles. 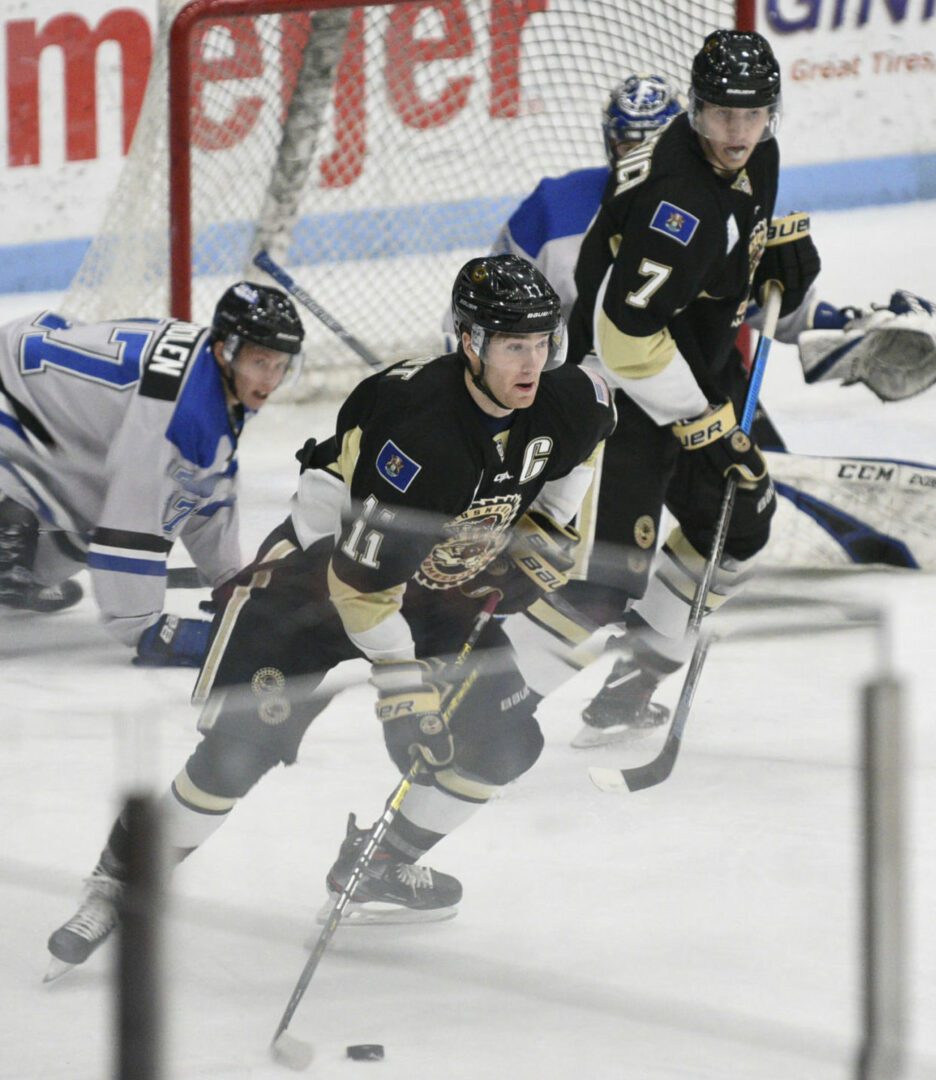 Muskegon’s No. 11 Dylan Wendt looks to move the puck out of the Lumberjacks’ zone. Photo/Marc Hoeksema

On Friday night the Jacks were called for 11 penalties for 38 minutes, while Fargo had 12 infractions for 32 minutes. Muskegon managed to skate away with an overtime victory.

The pattern continued on Saturday, when the Jacks were called for 14 penalties for 36 minutes and Fargo had 13 for 34 minutes.

But this time the Jacks couldn’t find much offensive flow and fell 3-1 in front of 2,616 fans at Muskegon’s Mercy Health Arena.

The Jacks are now 20-22-5 on the season, good for 45 points and sixth place in the USHL’s Eastern Conference. They remain four points ahead of Cedar Rapids in the race for the final playoff spot in the conference with 15 games left in the regular season.

Muskegon will resume play next weekend with Friday and Saturday games in Kearney, Nebraska against the Tri-City Storm.

Muskegon and Fargo are two of the more penalized teams in the league – the Lumberjacks are third and the Force is fourth. But there weren’t any fights on Friday or Saturday, or even very much pushing and shoving on the ice. 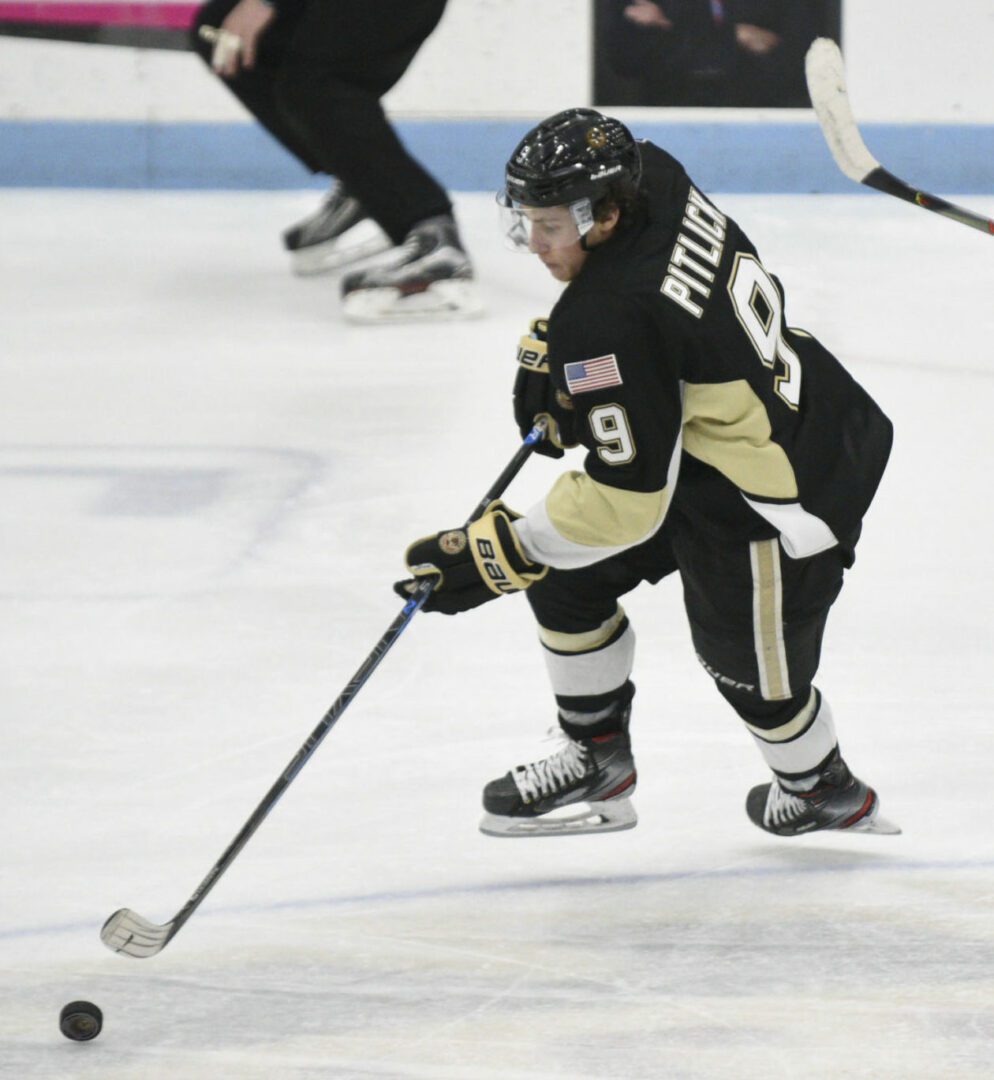 And different referees worked each game, so it wasn’t like the teams were hamstrung all weekend by the same overactive officials.

Muskegon Coach Mike Hamilton said all the whistles took the flow out of the game on Saturday and changed the way his team usually plays.

“There are penalties if you want to call them, but what happens is when you are calling them tight everyone gets upset,” said Hamilton. “Then players start flopping all over the place, and once you start calling all of them you can’t miss anything. It’s so hard to be a part of a game like that, for players and coaches. It was equal both ways, with both coaches pulling their hair out.

“It’s not fun and we need to find a way to stay out of those types of games. We like to roll out four lines and that plays to our advantage. When we’re in special teams battles, that’s not what we’re built to do.”

That was obvious all weekend. The whistle-happy refs gave Muskegon plenty of chances to score each night, and once again the Jacks failed to take advantage.

Muskegon’s No. 18 Cam Knuble tries to poke the puck away. Photo/Marc Hoeksema

They were 0-for-9 on the power play on Friday night and 1-for-9 on Saturday.

The Lumberjacks are 14th out of 16 teams in power play effectiveness in the United States Hockey League. It’s a problem that Hamilton has addressed all season, and continues to persist as the regular season winds down.

But Hamilton was not too upset about the lack of power play goals on Saturday. He said the biggest problem, besides all the penalties interrupting play, was Fargo goalie Cole Brady, who stopped 41 of 42 shots to collect the victory.

Fargo managed to win with only 24 shots on goal.

“Last night was different from tonight,” Hamilton said. “We had disappointing power plays last night with nearly zero shots in nine minutes of power play time. Tonight I bet we put up at least 12 to 15 shots, and I thought we had good intensity. We had two empty-net shots we didn’t capitalize on and that was the difference in the game.”

Former Lumberjacks captain Oliver MacDonald, who was traded about a month ago, put Fargo up 3-0 with a goal at 19:08 of the second period.

The Jacks broke the shutout at the 2:25 mark of the third period on a goal by Christophe Fillion, with assists from Rhett Pitlick and Tyler Dunbar.