MUSKEGON  – It’s hard to lose games when opponents can’t score a single goal on you. 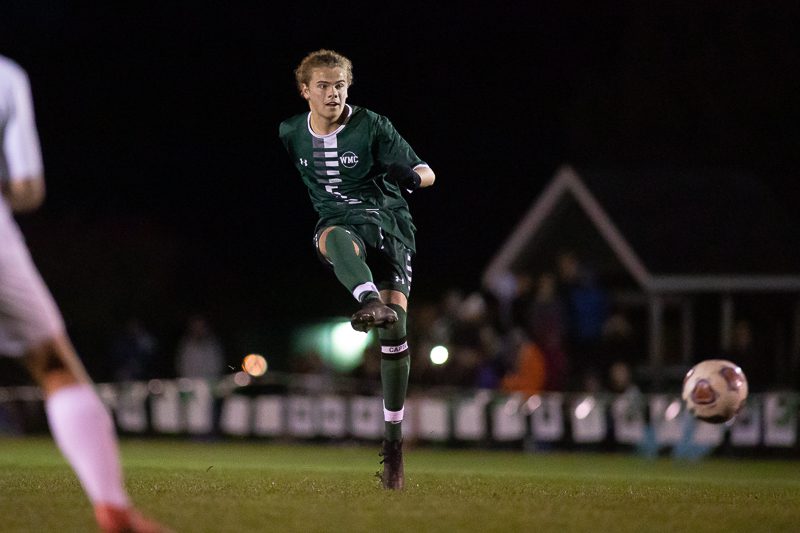 Last Thursday the Warriors opened up postseason play with an 8-0 win over Eau Claire. Then they beat Hudsonville Libertas 6-0 in the semifinals.

On Thursday WMC completed the shutout sweep with a 6-0 victory over Holland Black River in the district championship game on its home field.

Charlie Alfree and Jake Betten each scored twice for the Warriors, who won their straight district title and ninth in the past 13 years. Goalkeeper Jameson Goorman recorded his third district shutout.

“I just think right now the guys are playing with a lot of confidence,” said WMC coach David Hulings. “We are playing quicker soccer then we were in the beginning of the season. The shutouts have to do with how we have a great attack.”

WMC will continue to play host in next week’s Division 4 regional tournament. The Warriors will play  North Muskegon in a semifinal match on Tuesday at 7 p.m. 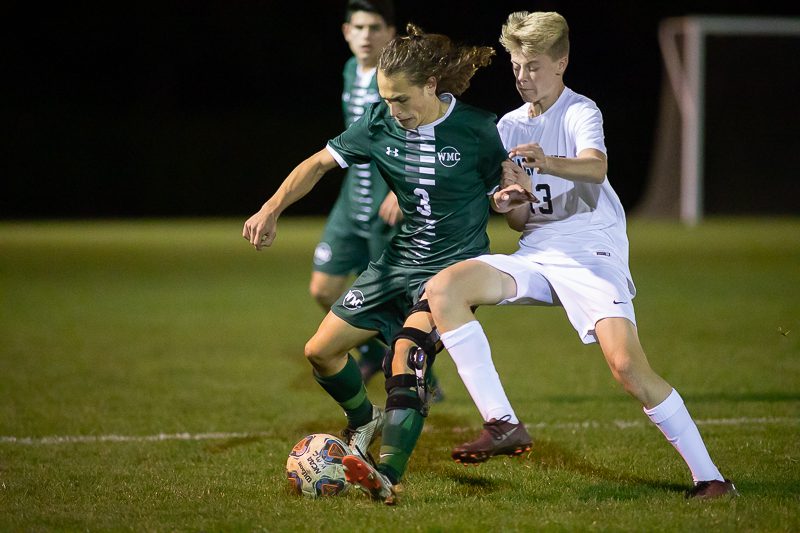 “Our mindset is always to keep winning and advancing,” Hulings said. “Any championship is a big deal, and if everything works out you get to be a champion. The regionals will be tough and the next two games will be state championship level games.”

It didn’t take WMC long to open the scoring. Michael Masumpa put the ball in the net 34 seconds into the contest to give the Warriors a 1-0 lead.

Alfree increased the lead to 2-0 at the 14:45 mark of the first half. He added a penalty kick goal a little over 10 minutes later to give WMC a 3-0 halftime advantage.

Betten scored a pair of goals one minute apart early in the second half, and suddenly WMC ked 5-0.

Nick Moser closed out the scoring 6:55 into the second half on a goal that was assisted by Brandon Fles.

The Warriors are now 15-2-3 overall on the season.

WMC’s No. 18 Isaac VanHoeven races down the ball in the corner. Photo/Randy Riksen