MUSKEGON – If defense wins championships, the Western Michigan Christian boys soccer team is well on its way to at least one title.

The Warriors raised a lot of eyebrows recently for shutting out all three of their opponents en route to a district championship. They were at it again on Tuesday, shutting down a powerful North Muskegon squad 3-0 in the Division 4 regional semifinals on their home field. 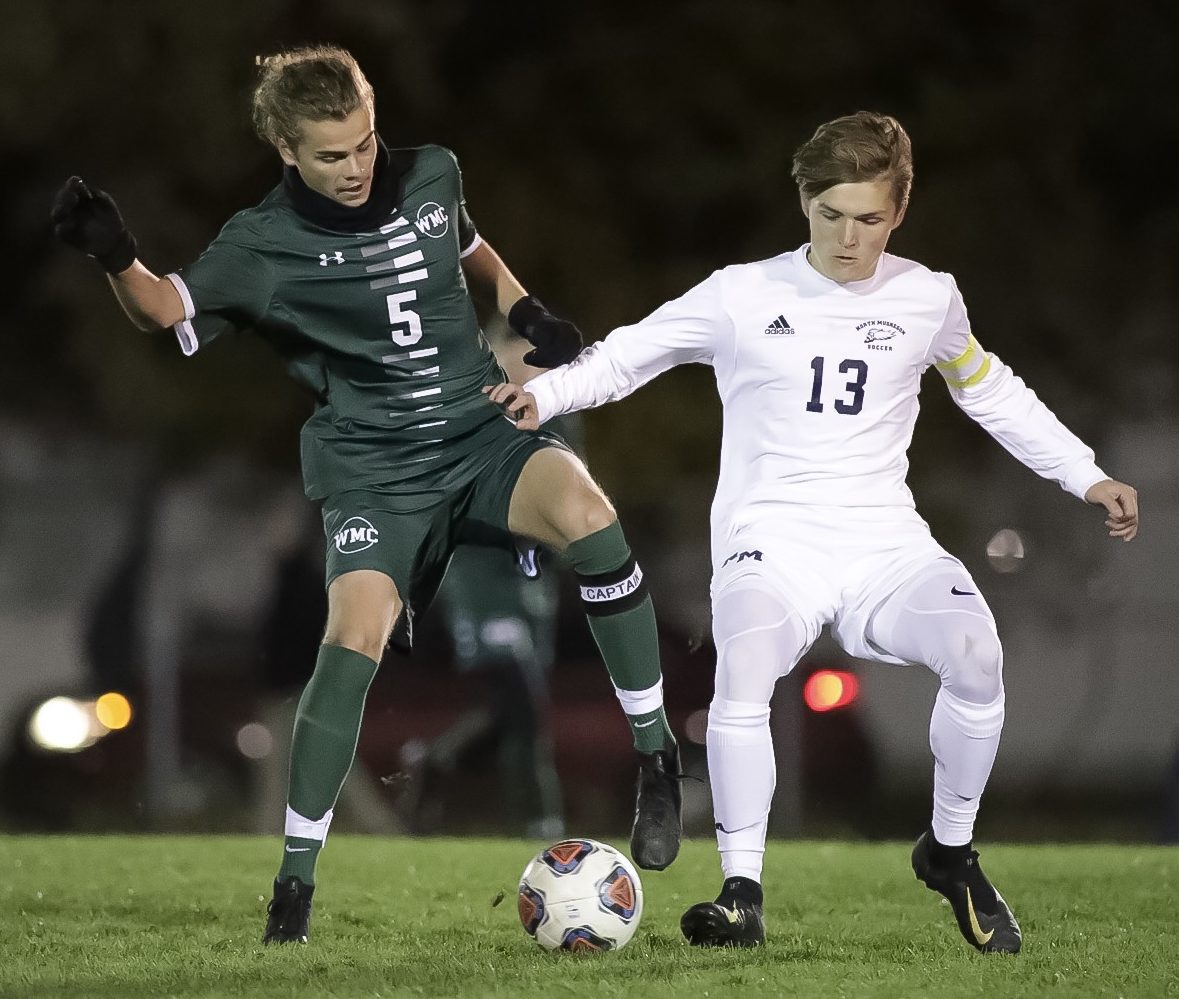 Charlie Alfree scored twice and goalkeeper Jameson Goorman make a game-changing save early on, as WMC improved to 16-2-3 on the season and advanced to Thursday’s regional championship game at 7 p.m., again on their home field.

The Warriors will face Grandville Calvin Christian, which beat Leland 2-1 earlier in the day in the other regional semifinal. The winner will advance to next week’s state semifinals.

“The last four or five games of the season and districts we really started to find out who we are, our identity, defensively,” said WMC Coach David Hulings.

North Muskegon started the game putting pressure on the Warrior defense, and came close to scoring when it rang a shot off the WMC goal crossbar just five minutes in.

But it was WMC that found the net when Brandon Fles scored off a deflected pass 8:34 into the contest.

The Norse continued to apply pressure, and with 13:08 remaining in the first half were rewarded a penalty kick, after a player was dragged down in the box.

Trevor Schultz got the free kick, but a diving Goorman knocked the ball away to maintain the one-goal lead. 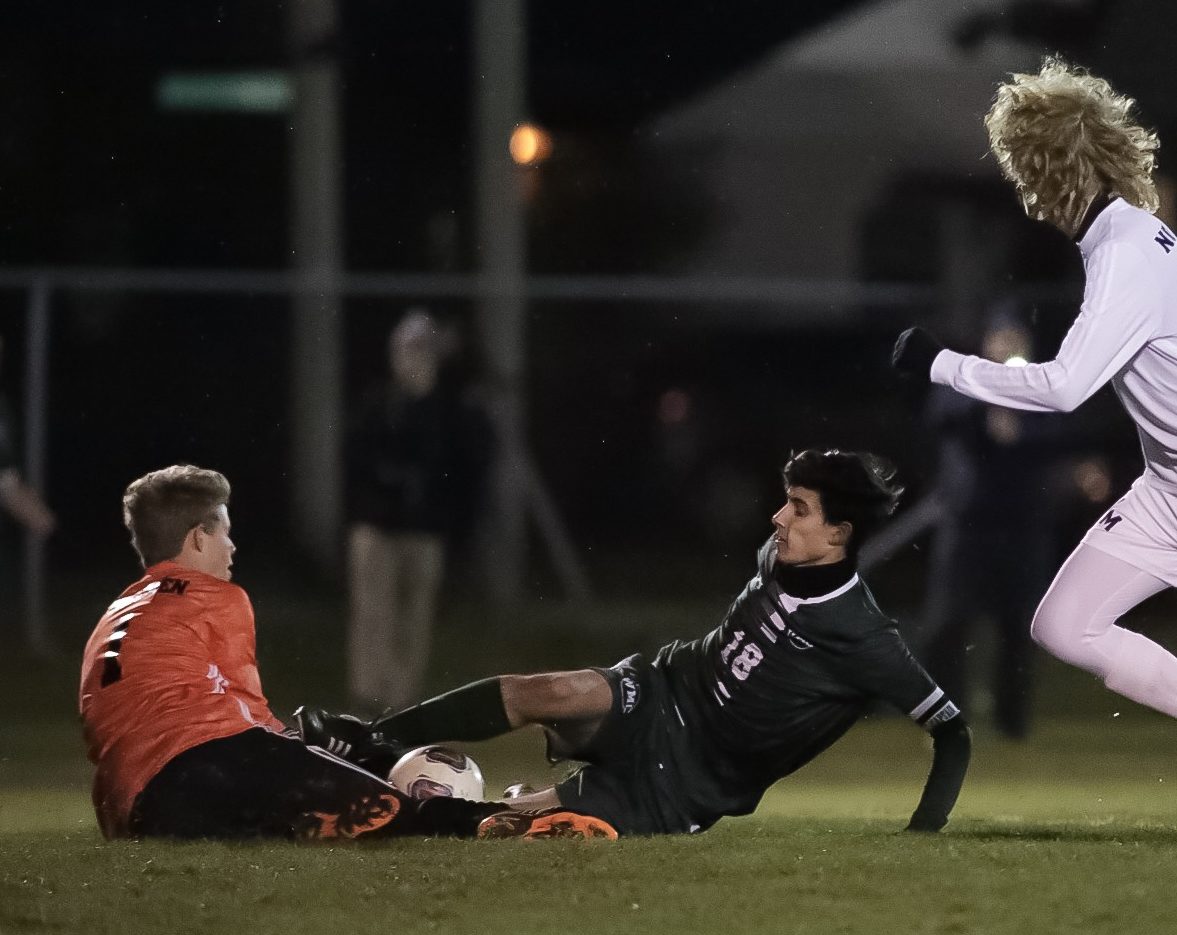 “(Goorman) is so in sync, and instinctively good on penalty kicks,” Hulings said. “I don’t even worry about it, if they score it has to be a great shot. He came up huge and it just seemed to electrify us.”

Norse goalie Jake Hoffer made his own highlight save 11 minutes into the second half, diving to his right to bat away a close range shot by Alfree.

But the WMC senior did not miss on his second chance, taking a long pass from Brandon Eenigenburg in front of the net and knocking it in for a 2-0 lead with 18:12 left in the game.

“It was one of those games, missed opportunities here or there, and it determines the outcome,” said Norse coach Jeremy Tjapkes. “I thought going down 1-0 we responded well, but going down 2-0 you have to change what you are doing.”

Alfree finished off the scoring with 44 seconds left in the game, tipping in a shot by teammate Owen Varnado.

Western Michigan Christian finished with a 10-5 shot advantage with Goorman making five saves. Hoffer finished with seven saves for the Norse, who finished the season with a 17-6-1 record.

“I love the performance and effort our guys gave,” Tjapkes added. “But you can’t take anything away from WMC. If you want to win state you have to go through them.”