SPRING LAKE – The Spring Lake boys soccer team ended its four-year trophy battle with Grand Rapids Catholic Central the way it started – with the Lakers on top of the O-K Blue Conference.

And with the best team they have fielded for several years, there’s no telling how far the Lakers could go in the state tournament, which begins this week. 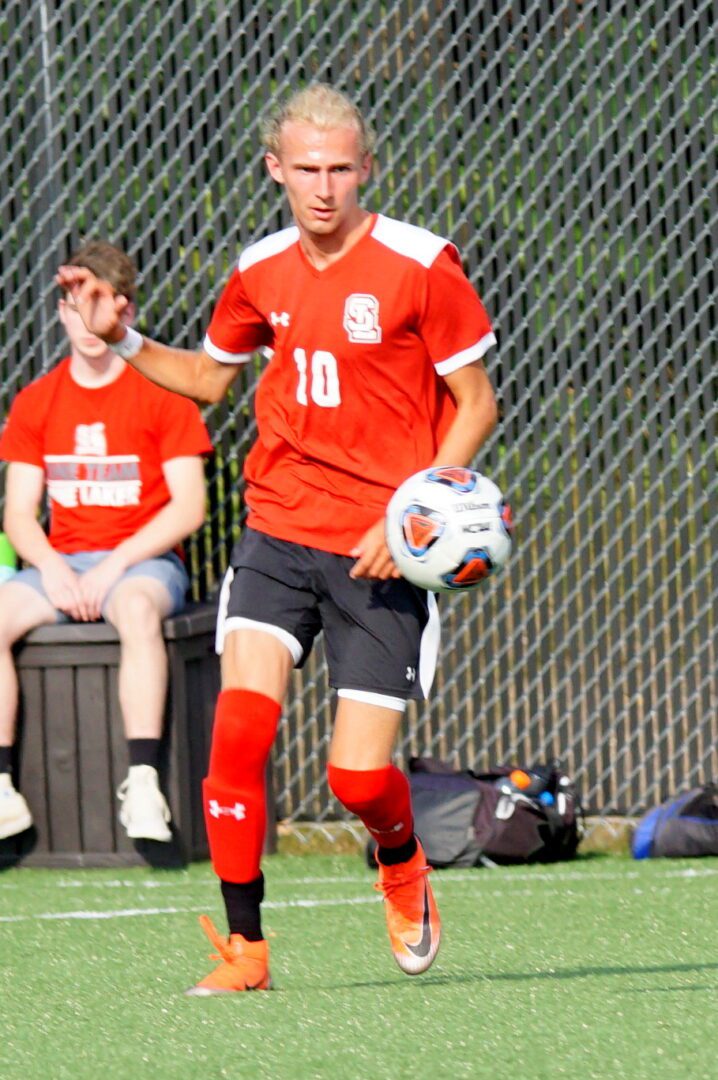 After dominating the Lakes 8 Conference for a number of years, the Lakers entered the challenging O-K Conference Blue Division in 2016 and promptly won the title.

For the next two years the Lakers finished second behind powerful Grand Rapids Catholic, and a rivalry developed between the schools.

This fall Spring Lake wrestled the title back from GRCC, beating the Cougars twice in the regular season and finishing with a perfect 12-0 conference mark.

Veteran Soring Lake Coach Jeremy Thelen is proud that his program quickly and effectively adjusted to the level of competition in the O-K Blue and won two titles in four years.

“It’s a little bit different,” Thelen said. “When we were in the Lakes 8, we had traditional rivals because we had played those schools for so many years.

“To have no connection to Grand Rapids Catholic Central and not know many guys, it makes the game a little more heated. You’re playing someone you don’t have a history with and that changes the dynamic a bit.”

Grand Rapids Catholic will move to the O-K White Division beginning next year, so the four-year fight is over. The current Lakers couldn’t be happier that they won the final round of the annual title bout.

“It’s been great,” said senior Malachi Mulder, who has been on the Lakers varsity since his freshman season and leads the team with 15 goals this year. “It’s always been a goal of mine to beat Grand Rapids Catholic twice, which was the key to winning conference. 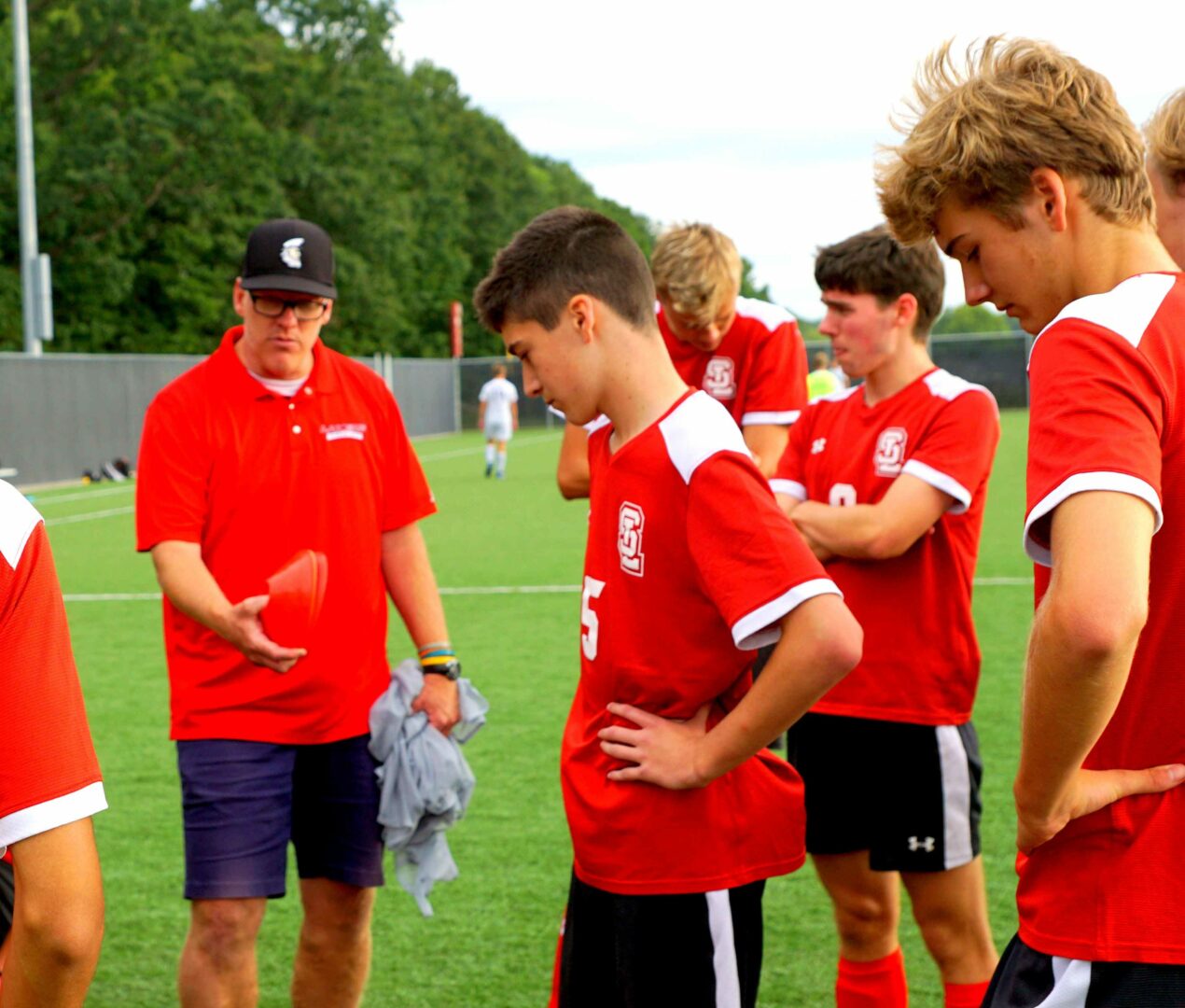 “It felt good to do that, and to not have a letdown game all season was awesome. We all believed that we could do it, and we have a supporting team which helps us work through everything.”

An overall record of 14-2-1 in the regular season is pretty impressive for a roster with a mix of youth and experience. The team’s starting goalkeeper, Aiden Parker, is only a sophomore, and other underclassmen also play key roles.

“We’re kind of a young team,” said Thelen, who is in his 19th season at the helm of the program. “We have five sophomores at this point, but our senior leaders have taken those guys and worked really hard with them. We’ve got a real good balance of youth and experience working together.”

Beck was lost for the season with an ACL tear. Thelen expected a drop-off in the team’s play after that, but was pleasantly surprised.

“We thought we’d drop off,” the coach said about losing Beck. “He’s an important part. But he’s still been a leader and cheering guys on.”

Junior forward Ben Bush stepped into the leadership vacancy and has impressed his head coach.

“He’s really stepped into the captain role, and he’s a competitive kid,” Thelen said. “He wants to be the go-get-them kind of guy.”

The Lakers’ promising postseason will begin Thursday when they host Allendale in a first-round Division 2 district contest. Spring Lake beat Allendale twice during the regular season, but Thelen said his team will not be looking past the game.

“They were already a team that challenged us, and it wasn’t easy despite winning both,” Thelen said. “I think guys already understand we have to get to every game and play our best.”

Mulder sees it the same way.

“As of right now, our goal is to win districts, and we’re going to take it as a game-to-game focus,” Mulder said.