That’s because the Oakridge Eagles refused to give up.

After trailing 20-7 in the fourth quarter, the determined Eagles rallied to send the game to overtime, then pulled out a thrilling 27-20 victory over Ravenna in a showdown that determined the conference champion.

Senior running back Leroy Quinn scored from a yard out on fourth-and-goal with 2:12 to tie the game. The extra point snap was bobbled, leaving the score 20-20.

In the extra session, Oakridge got the ball first, with Quinn punching it in from a yard out on fourth down to give the Eagles a 27-20 lead. 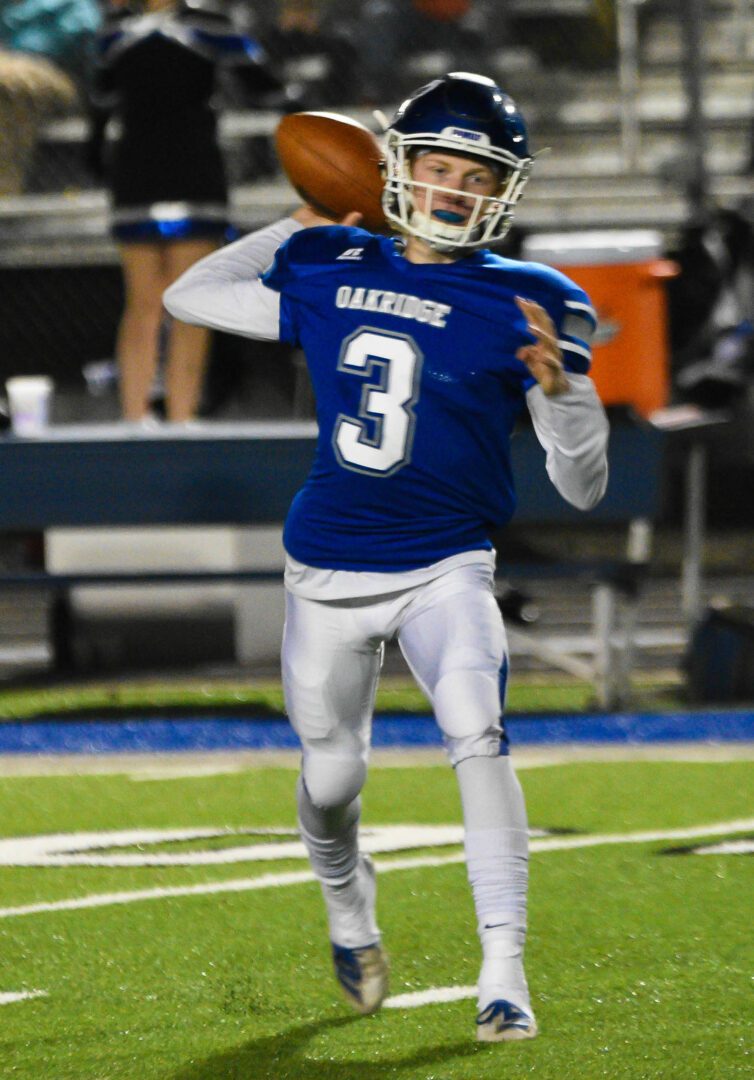 On Ravenna’s possession, the Bulldogs tried to throw a fade to the back corner of the end zone, but Oakridge defensive back Braedyn Beattie came down with an interception to seal the game and the WMC crown.

“All week we’ve been practicing that because we know that’s what they wanted to do,” Beattie said of his big play, which was his first varsity interception. “It just feels amazing to be able to do that for my brothers. This is the craziest feeling of my life.”

With the win, Oakridge – currently ranked No. 1 in the state in Division 5 – finished WMC play with a perfect 7-0 record. The Eagles are 8-0 overall.

“We just stuck to it,” said Oakridge coach Cary Harger, whose team also beat Montague, another top conference contender, in overtime. “The kids believed in themselves, they believed in each other and we were able to get a conference championship. That’s been a goal all year. That’s why they put all the time in during the summer and the workouts.”

Ravenna, ranked No. 4 in Division 6, finished second in the conference at 6-1. The Bulldogs are 6-2 overall.

“We just didn’t make enough plays at the end of the day,” Bulldog coach Doug Samuels said. “Our kids never flinched. We went toe-to-toe with a top team in the state that’s a division bigger than us and didn’t flinch. That’s been our story all year.”

The Bulldogs struck first on their second possession on a one-yard touchdown run by Grant Parker. The two-point conversion failed, leaving the score at 6-0. 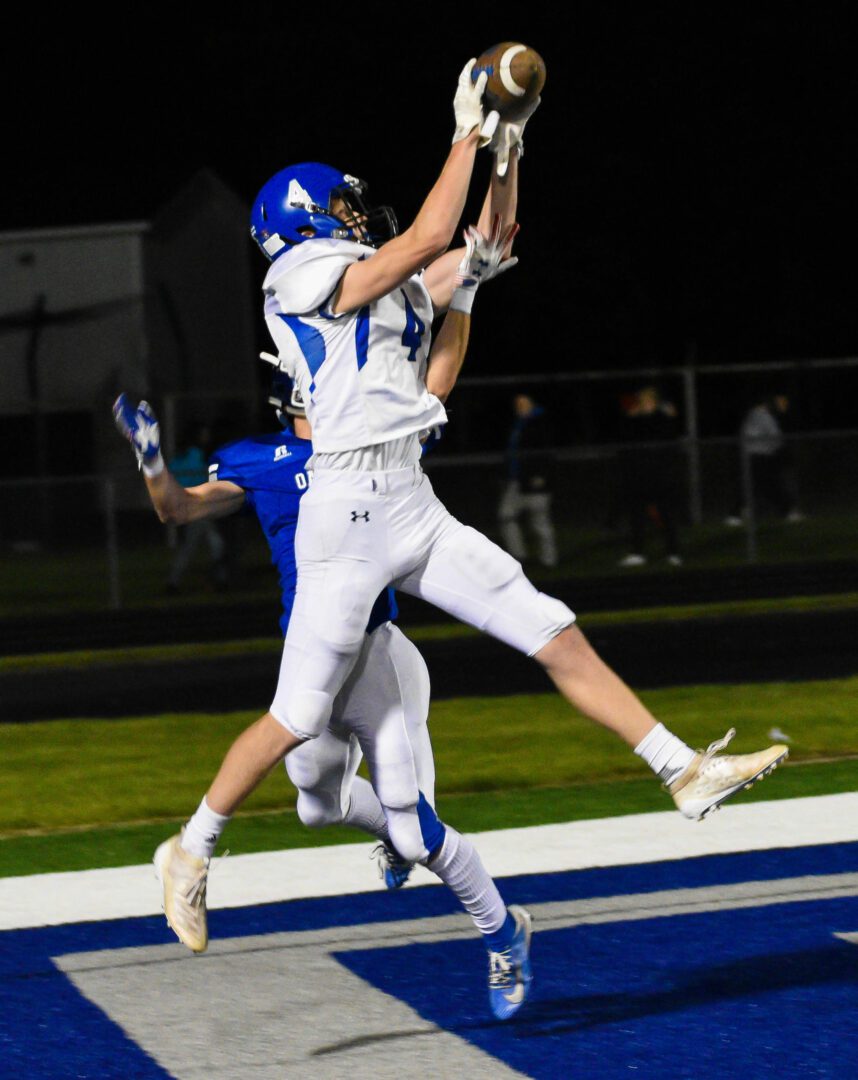 The Bulldogs extended their lead with 4:34 to play before halftime on a one-yard plunge by quarterback Connor Kilbourne. A two-point pass to Calvin Schullo was good, putting Ravenna up 14-0 heading to the half.

Oakridge got on the board on their first possession after the break on a nine-yard dash from Corey Vanderputte. The extra point made it 14-7 with 5:11 to play in the third quarter.

Ravenna answered on its next drive when Parker punched in his second one-yard touchdown of the game. The extra point was no good and the Bulldogs led 20-7 at the end of three quarters.

Oakridge began its comeback in the fourth quarter with a 10-play, 93-yard drive, capped by Quinn’s first touchdown of the game with 6:51 to play.

After forcing a four-and-out, the Eagles marched down for another score, Quinn’s second, to tie the game with 2:12 left.

Ravenna got the ball back, but an offensive pass interference call and two sacks derailed a scoring chance, sending the game to overtime.

In overtime, each team gets a possession from the 10-yard-line. Oakridge went on offense first, and Quinn notched his third touchdown on a fourth-and-goal play.

“Think of the worst thing that’s ever happened in your life and just get that angry and run,” Quinn said of what goes through his head before a big run. “Make it where no one can stop you. That’s what I think of.”

Ravenna took over, rushing for one yard, throwing an incompletion and then the interception by Beattie to end the game.

Quinn totaled 165 yards on 26 carries, including 122 yards after halftime. Vanderputte added 79 yards, 72 of which came in the second half. Ethen Dailey passed for 92 yards for Oakridge.

Kilbourne tossed for 236 yards on 14-for-23 passing for Ravenna. Calvin Schullo was his top target, hauling in seven balls for 158 yards. Thomas McCullough had five grabs for 75 yards.

Dalton Hogan was the leading rusher for Ravenna with 40 yards. Nick Ely and Dom Mabrito led the defense with 12 and 11 tackles, respectively.