The LSJ is priming up the printing press and ready to give area fans another great magazine.

Check out the cover story featuring Oakridge running back, Leroy Quinn. The 6-0, 230 pound Quinn has had quite a football career for the Eagles, playing all four years on the varsity squad and is now gearing up for a state playoff run. 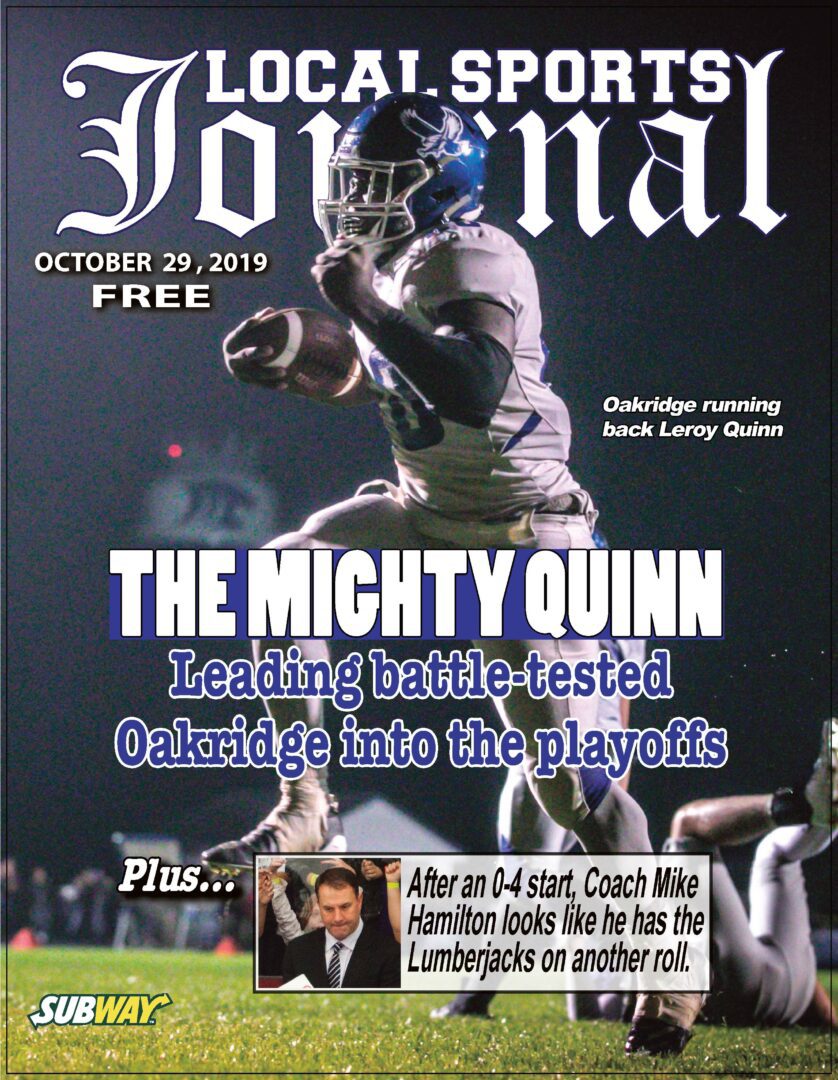 In this issue, fans can also read about a topic hitting more football fields than area fans like: forfeits due to low roster numbers. Read about what area coaches and players had to say about this frustrating problem.

The Muskegon Lumberjacks are on a six-game winning streak after starting the season 0-4. Coach Mike Hamilton knew his squad had a lot more talent than the slow start showed and now his squad is playing inspired hockey.

Western Michigan Christian senior goalkeeper Jameson Goorman and the rest of the Warrior team are on a deep playoff run in the state soccer tournament. Fans can find out more about Goorman’s soccer career at WMC in this October 29 magazine.

Mona Shores girls golf had built quite a legacy over the last decade but had fallen on tough times the past few seasons. But new Coach Britni Gielow got the program back on track and reached the state finals while winning the GMAA city golf title and the O-K Black conference during the regular season.

Hard copy editions of the magazine are available this Friday at area news stands. Magazines will also be handed out at the gate before Friday’s football game at Oakridge High School. 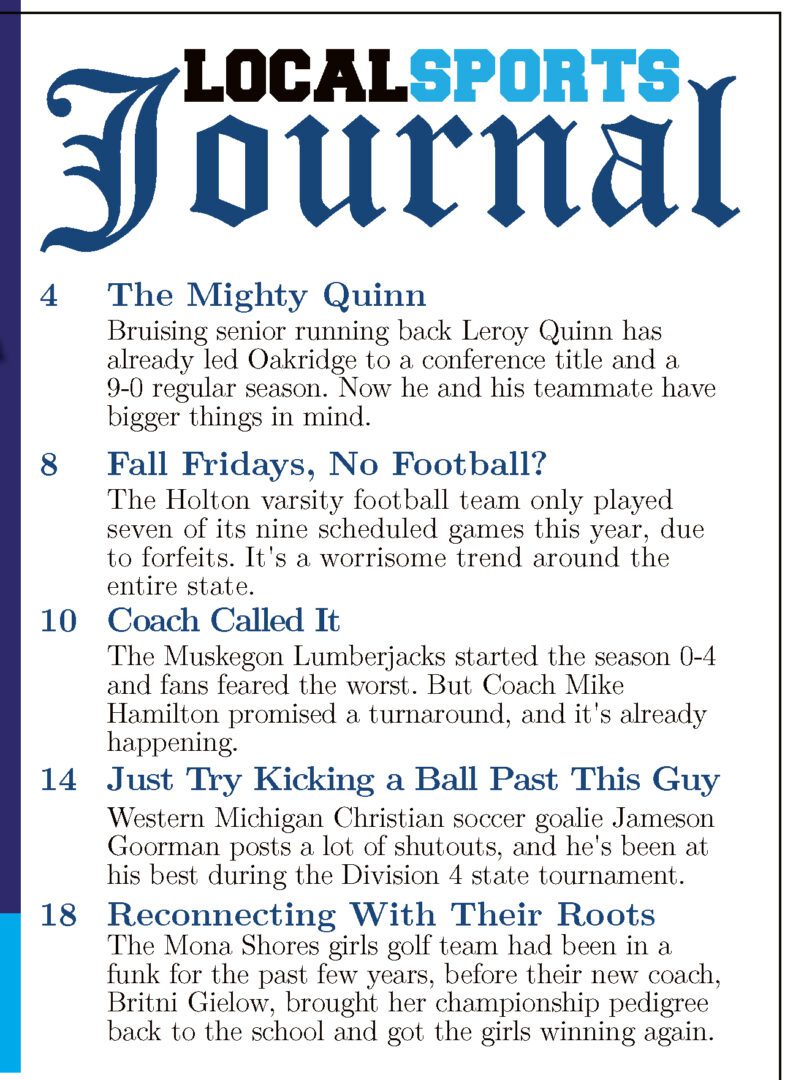