LSJ Gridiron Picks Week 8: Who do you like in this week’s showdown games?

This is my first year participating in the LSJ Gridiron Picks, and like a lot of rookies in a lot of things, I

haven’t been great. I’ve been buried in the standings in sixth place, and haven’t been

able to make up much ground.

But my luck may have turned around last week, when I posted a perfect 15-0 record!

Unfortunately, so did four of my colleagues, which was the first five-way undefeated tie in LSJ picks history. But the tie-breaker went my way, and now I’m a first-time weekly champion!

Now I have two more weeks to move up in the standings. And this could be a tough week to make accurate picks across the board again. 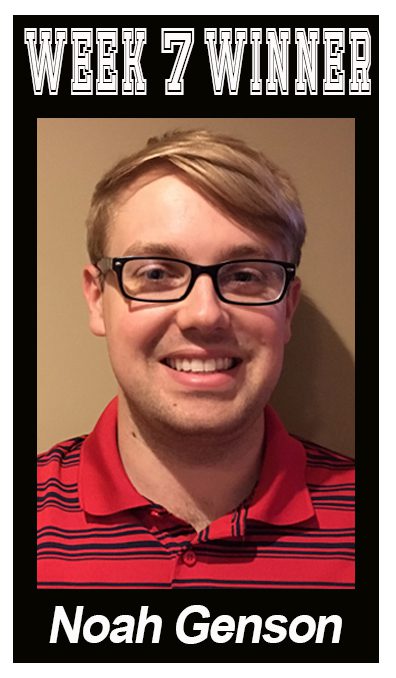 In the West Michigan Conference we have the championship showdown between traditional power Oakridge and an upstart Ravenna squad that keeps getting better every week. As a Mason County Central grad and longtime fan, I’ve been following football in the conference for a long time, and my gut tells me that Oakridge will pull this one out.

The number of weapons that Oakridge has on offense, led by LeRoy Quinn and Corey Vanderputte in the backfield, will be too much for the Ravenna defense to handle. I see the Eagles taking this one by 10.

Another touch choice has to be made in the Muskegon-Mona Shores game, with two of the better teams in the state going head-to-head.

Even with an improved offense with quarterback Caden Broersma back from his injury, I still think Mona Shores will struggle with the firepower of the Big Reds’ offense, led by Ohio State commit Cameron Martinez.

I say Muskegon will leave Sailor Stadium with its perfect record intact.

In two traditional neighborhood rivalry games, I like Hart over Shelby and Montague over Whitehall. I also think Ludington and Muskegon Catholic will win and wrap up automatic playoff berths, and Reeths-Puffer will keeps its postseason hopes alive by beating Kenowa Hills.

My upset of the week? Winless Fremont over Chippewa Hills. 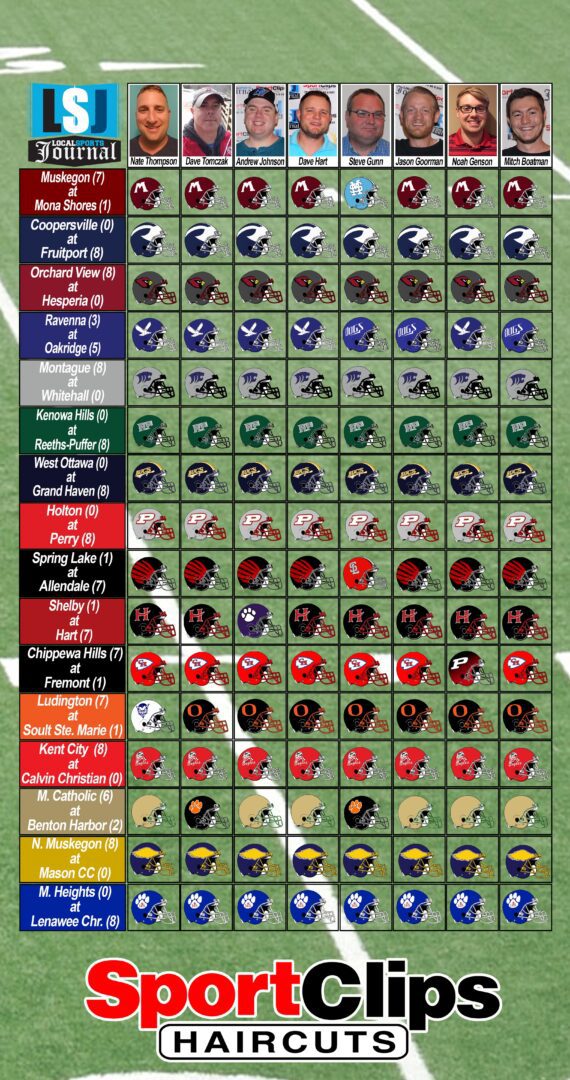