Grand Haven pushing for a playoff berth, behind leaders like Worthington, Krizan

GRAND HAVEN – Grand Haven doesn’t often like to associate itself with rival Rockford, but when it

comes to making the state football playoffs, the Buccaneers would happily follow suit.

A year ago, Rockford was one of 32 teams included in the Division 1 playoff field, despite the fact that the Rams finished the regular season with a 5-4 record.

Typically, teams must reach six wins in a nine-game schedule to automatically qualify for the playoffs. When there are not enough schools in any given division that have reached that win total, schools with five wins fill in the bracket.

Playoff point averages determine which 5-4 teams make the field, and entering Week 9, Grand Haven had enough playoff points (55.625) to be in the Division 1 field, despite its 4-4 record.  A fifth win for Grand Haven is looking very likely as well, because the Bucs square off against winless Grand Rapids Union on Friday. 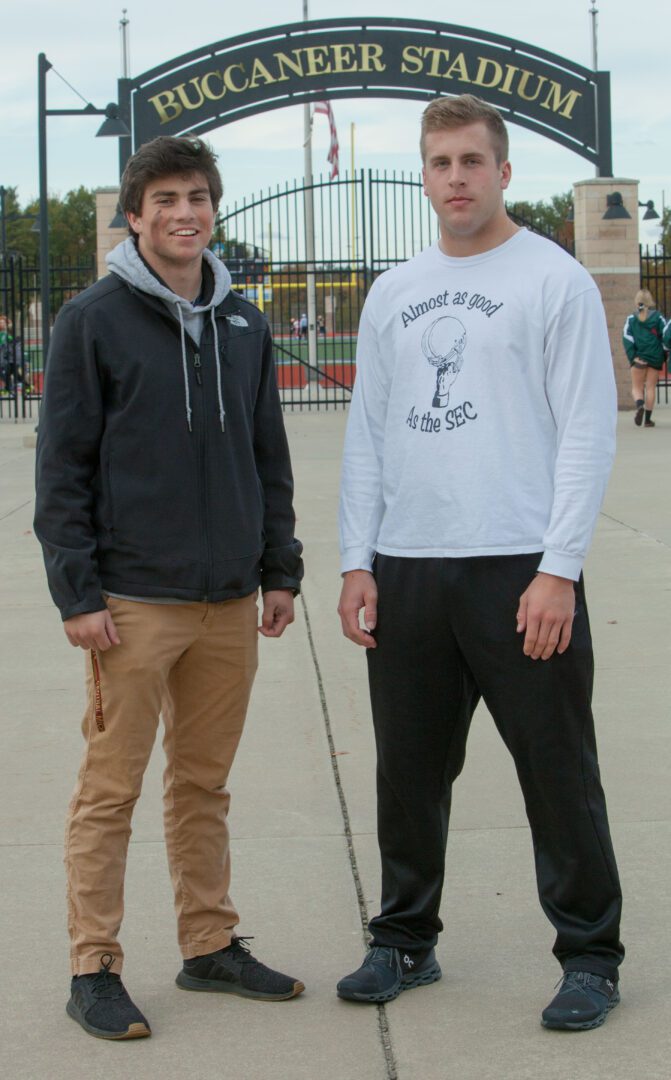 “It would mean the world,” said Nelson, whose team will be watching closely on Sunday night when the state playoff field is announced. “Our last trip was 2011, so it’s been awhile. When our program has been competitive, this community really rallies around it, so from that aspect, it would be special for a lot of people.”

“We’re pretty optimistic,” Nelson added. “Some of those other earlier wins should help us out a lot.”

Making the playoffs would represent a tremendous turnaround for the Bucs, because at one point this season, they were 1-4. But in miserable weather against Rockford on Sept. 21 — a closer-than-expected 19-14 loss — Nelson believes the season turned around.

“In that second half, the kids started to realize we could compete with anyone,” he said.

One of the keys during the Bucs’ recent three-game winning streak was simplifying the offense, according to senior captain Connor Worthington, a standout running back and defensive end.

“During our rough stretch, I think we were trying to do too much,” Worthington said, a 6-foot-2, 230-pounder who has committed to play at Michigan Tech. “We went back to our roots of a few run plays and realized we had to get good at those. So it was back to basics.”

The basics for Grand Haven involve utilizing the talents of Worthington and fellow senior running back Owen Krizan, who are two of the team’s four captains. Both got their start in the Young Bucs youth league and progressed up through the program.

“They both have kept this group together,” Nelson said about Worthington and Krizan. “That’s one thing that really stands out (about this team), they hold each other accountable. If someone is not doing something right in practice, the guys will let them know about it. As coaches, we’re trying to teach and these kids reinforce that by practicing what we preach. It raises the level of play.”

Worthington said he’s heard the term “Thunder and Lightning” to describe how he and Krizan run the ball.  Worthington provides the boom, preferring a physical running style between the tackles. He’s been especially dominant of late, totaling 333 of his 612 rushing yards in the last three contests — victories against East Kentwood, Caledonia and West Ottawa.

“I’m more of the power back and with Owen, he’s a little more shifty,” Worthington said. “I think that throws defenses off with two different styles of backs.”

Worthington thinks he’ll fit in well at Michigan Tech’s campus in Houghton in the Upper Peninsula, because he’s an avid skier and outdoorsman. He also earned the honor of becoming an Eagle Scout this past summer. But Michigan Tech coaches are probably more impressed with the fact that he can bench 315 pounds, squat 425 and run the 40-yard dash in 4.7 seconds.

Krizan, who also stars at safety on defense, has totaled just over 400 yards on the ground this season, including his most impressive performance to date last Friday against West Ottawa, when he rushed 10 times for 144 yards and two touchdowns.

If the Bucs do get into the “Big Dance” at 5-4, Worthington said the Bucs will be tough to beat in the postseason.

“A lot of people play football and don’t have the opportunity to reach the playoffs,” he said. “We realize that opportunity is in front of us and we’re really excited.” 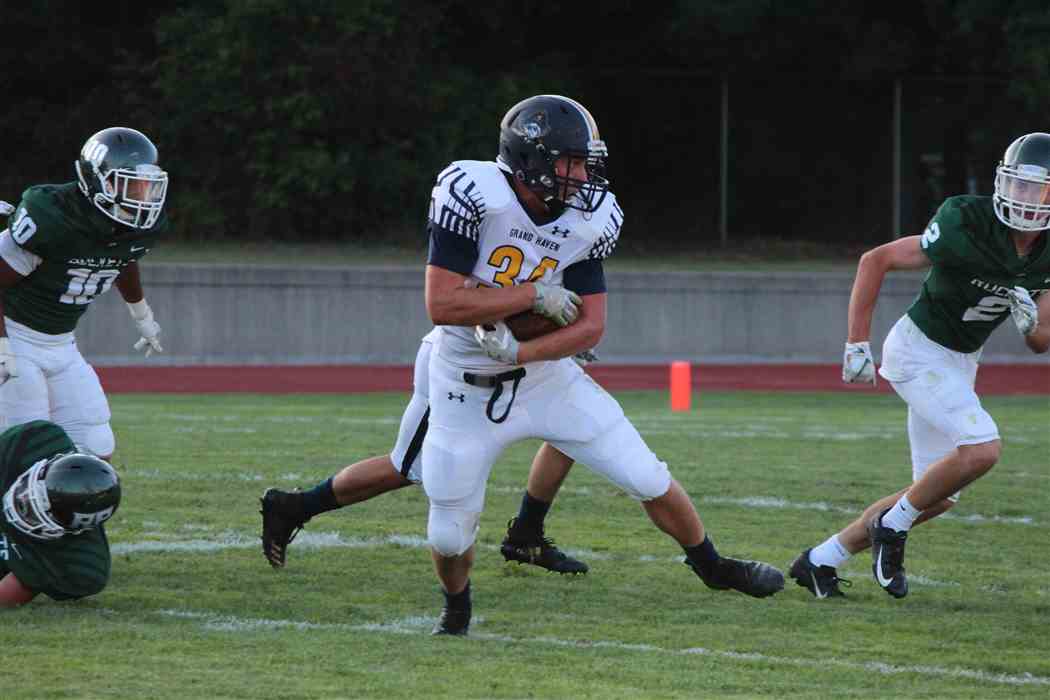 Connor Worthington with the ball against Reeths-Puffer in Week 1. Photo/Grand Haven Tribune