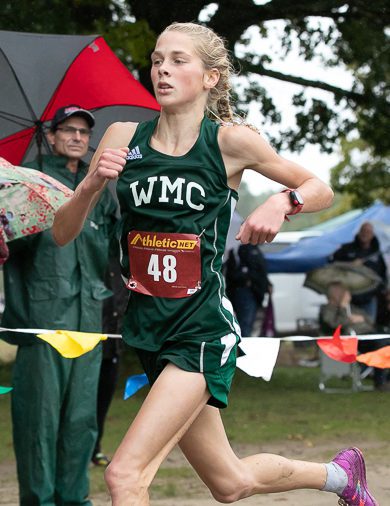 On the boys side, sophomore Klay Grant of Reeths-Puffer made his debut in style, winning the individual championship by 28 seconds.

The trophies were spread around, because the individual champions were not on the championship teams.

There was little drama in the girls individual race, because everyone figured that VanderKooi, an individual state cross country and track champion in 2018-19, would easily win again.

VanderKooi said she was happy with her performance, even though her time was slower than last year due to the rain and mud.

“It was awful,” VanderKooi said about the weather conditions. “When we were warming up, it was just nicely drizzling, not too heavy, but then the wind picked up so much. The course was ridiculously slippery. The first hill I almost face-planted, but I didn’t. 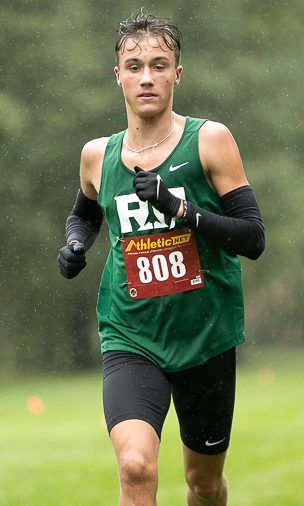 “Considering the conditions I think I did pretty good. My coach was happy with it, which made me happy. I would have loved to go faster, but it was so gross out there.

“I was pretty confident going in,” said Grant, who finished in the top 10 last year as a freshman. “Everyone was running in the same weather. The course was soft and the wind was tough, but it was a fun race to run in the rain.

“I got out really fast cause I didn’t want to let Jon Wildey into the race. I got out quick in that first mile and hung on from there.”

The team competition was a different story, because the object is to get as many runners near the top of the standings as possible.