MUSKEGON – The Orchard View football program needed one more win to clinch a playoff berth for the first time since 2008.

The Cardinals got it, but had to work for it, because they were playing without a very key guy.

On the fourth play of the second quarter, junior quarterback Owen Swanson went around the right side for a short four-yard gain. The four yards were costly however, as Swanson went down with a right leg injury and didn’t return at any point.

The offensive reigns were turned over to senior Alex Andrews, and the offense was held scoreless throughout the second quarter. But the Cardinals got untracked in the second half and ended up rolling to a 30-14 victory over Ludington in a big Lakes 8 Conference matchup.

Orchard View, now 6-0 overall on the season, is one game away from clinching the conference title. The Cardinals can do that next week when the visit Muskegon Heights. 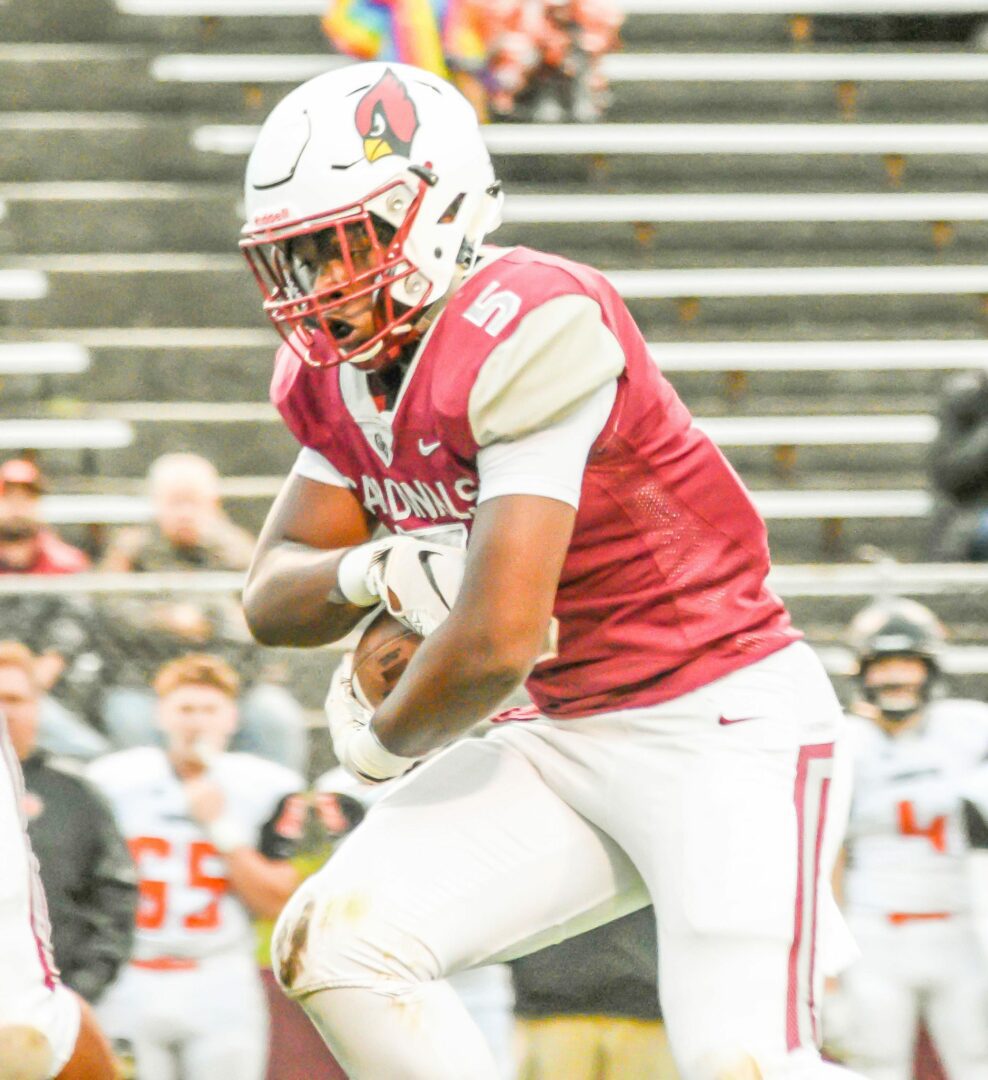 “It was an awesome performance,” said Orchard View head coach Fred Rademacher about Andrews coming in to lead the offense. “He’s a great kid and he stepped up. He’s a great leader, he doesn’t get many reps at quarterback, but he ran our offense tonight and did a great job.”

Orchard View scored the lone first quarter points when Brendan Hyatt punched in a seven-yard run, and the two-point conversion gave the Cardinals an 8-0 lead with 3:51 left in the first quarter.

The lone second quarter score came on a 20-yard touchdown pass on fourth-and-and goal from the 20, when Ludington quarterback Riley Calhoun completed a TD pass to Drew Arce with seven seconds left in the half.

The two-point conversion was good on a pass from Calhoun to Jake Plamondon, trying the game at 8-8 at halftime.

But the Cardinals woke up after the break, scoring on theuir first offensive play of the third quarter. Edmari Mitchell broke loose for a 58-yard touchdown run, giving the Cardinals a 14-8 lead.

On its next possession, Orchard View went 67 yards over 13 plays, taking 6:25 off the clock. Mitchell punched in a four-yard touchdown run, extending the Cardinal lead to 22-8 with 11:17 left in the fourth quarter.

Ludington responded with a 12-yard touchdown pass from Calhoun to Parker LaCombe, cutting the Oriole deficit to 22-14 with 4:03 left in regulation. 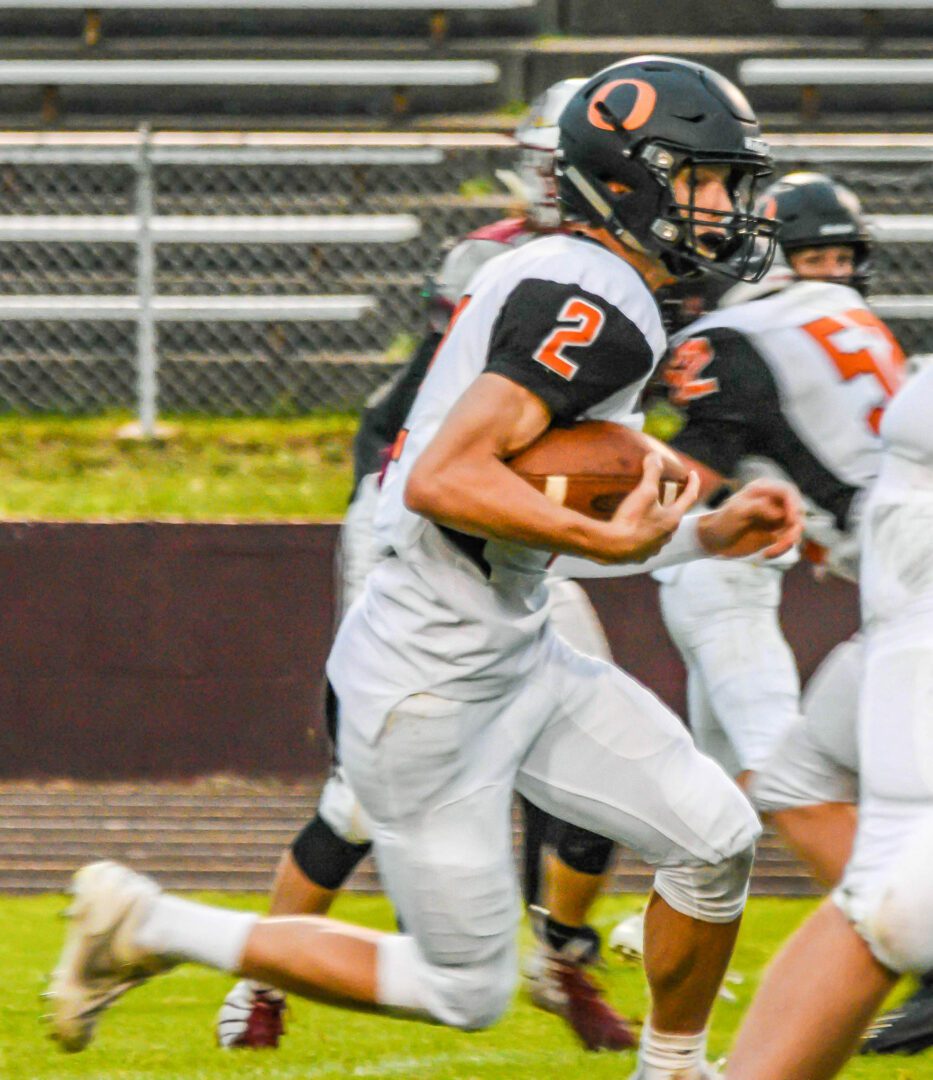 The Orioles attempted an onside kick after that, but were unsuccessful and had to rely on their defense for a stop.

They nearly got it.

Facing fourth down and three with 2:37 left, the Cardinals lined up and appeared to be going for the first down from the Ludington 46-yard line. The Oriole defense ultimately fell for a hard count and jumped offside, giving OV a first down.

The Cardinals took advantage when Hyatt went up the middle for a 47-yard touchdown run with 1:27 remaining, sealing a 30-14 victory.

“It’s easy,” said Andrews about running the offense with multiple weapons around him. “We trust every play call and we know any play can go to the end zone.”

The Orioles, now 4-2 overall and 2-2 in the Lakes 8, were led by Calhoun, who finished with 293 yards and two touchdowns on 23-of-44 passing. Arce finished with seven catches for 91 yards and one touchdown while Plamondon totaled 98 yards on six catches.

The Orioles are 4-2 overall and 2-2 in conference play.

Ludington’s No. 17 Parker LaCombe lines up on the outside before the snap. Photo/Mitchel DIxon|MSD Photography

Owen Swanson rushes the ball from the backfield for OV. Photo/Mitchel DIxon|MSD Photography