COMSTOCK PARK – For one inning on Saturday, the West Michigan Whitecaps’ offense woke up.

And that provided all the necessary runs in a 3-1 victory over the South Bend Cubs at Fifth Third Ballpark in the Whitecaps’ 2019 home opener.

Until the fifth inning on Saturday, the previously winless Whitecaps had only scored four runs in 22 innings over two games.

But in the fifth inning, left fielder Reece Hampton led off the inning with a single, before stealing second base. Catcher Sam McMillian hit a ground-rule double that bounced over the fence in right center to score Hampton.

Then right fielder Avery Tuck took his turn, doubling to right center, scoring McMillian and extending the Whitecap lead to 2-0. Tuck advanced to third on a groundout by Park Meadows, before scoring later in the inning on a wild pitch, making the score 3-0. 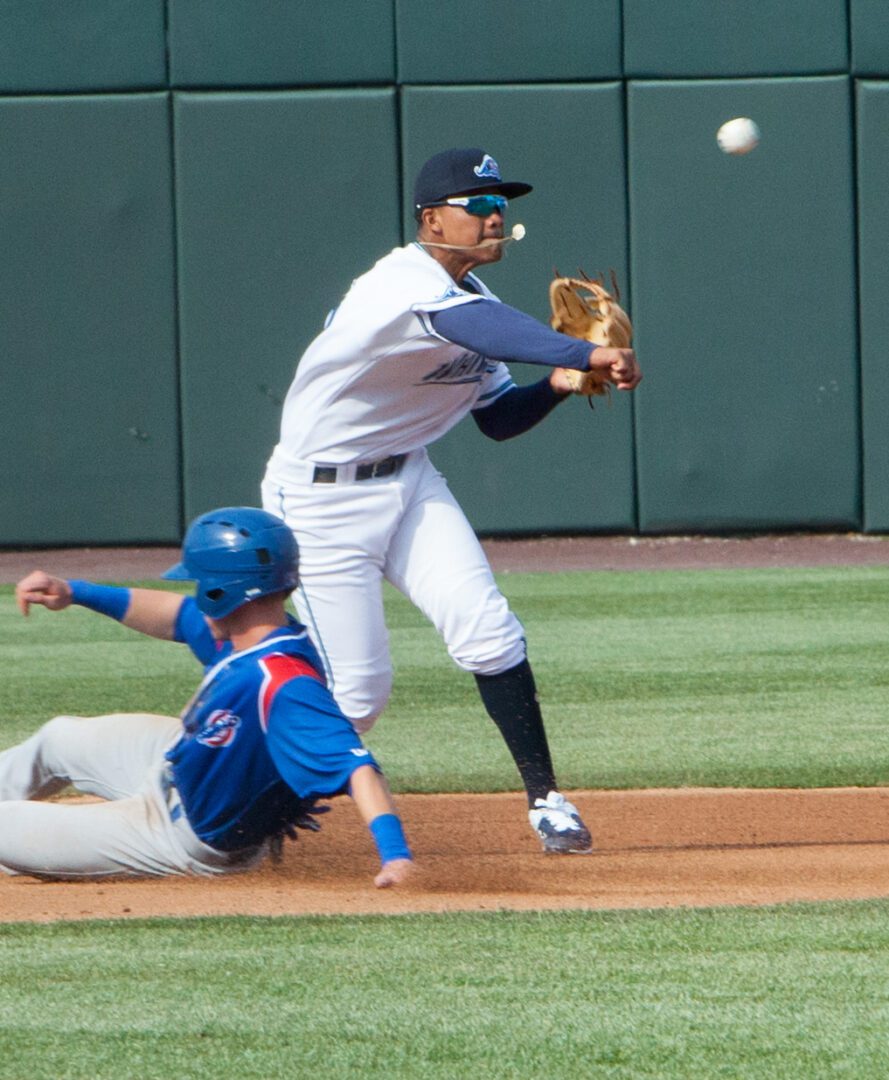 The Whitecaps had four of their six hits in the fifth inning.

“We put an inning together,” said Whitecaps manager Lance Parrish about the team’s adjustments at the plate. “I was happy for that after getting shut out yesterday. To put three runs on the board in one inning, I was pretty excited, but we’re still not swinging the bats how I know we can.”

While the offense has been stagnant for West Michigan, the pitching has been a bright spot.

The Whitecaps have only surrendered seven runs in 27 total innings this season, including one run allowed on Saturday.

Starting pitcher Carlos Guzman picked up the win, scattering three hits and striking out two in five innings of work.

“I was pretty impressed,” said Parrish about Guzman’s performance. “I honestly hadn’t seen him throw much this spring because they move guys around so much. So I was pleasantly surprised, and that was probably as good as I’ve ever seen him.”

Relievers Sandel De La Cruz and Angel Reyes combined to allow four hits and one run over the final four innings. Reyes picked up his first save of the season while De La Cruz earned a hold.

On offense, Hampton led the charge with two hits on the day while McMillian and Tuck each had one hit and a RBI.

The Whitecaps will close out their home portion of the season-opening four game series with South Bend on Sunday at 2 p.m.

Jordan Pearce waits in the on deck circle for West Michigan. Photo/Jason Goorman

Parker Meadows gets ready to take a cut at a pitch for West Michigan. Photo/Jason Goorman