And after a few halftime adjustments, they were even more impressive finishing off the game. 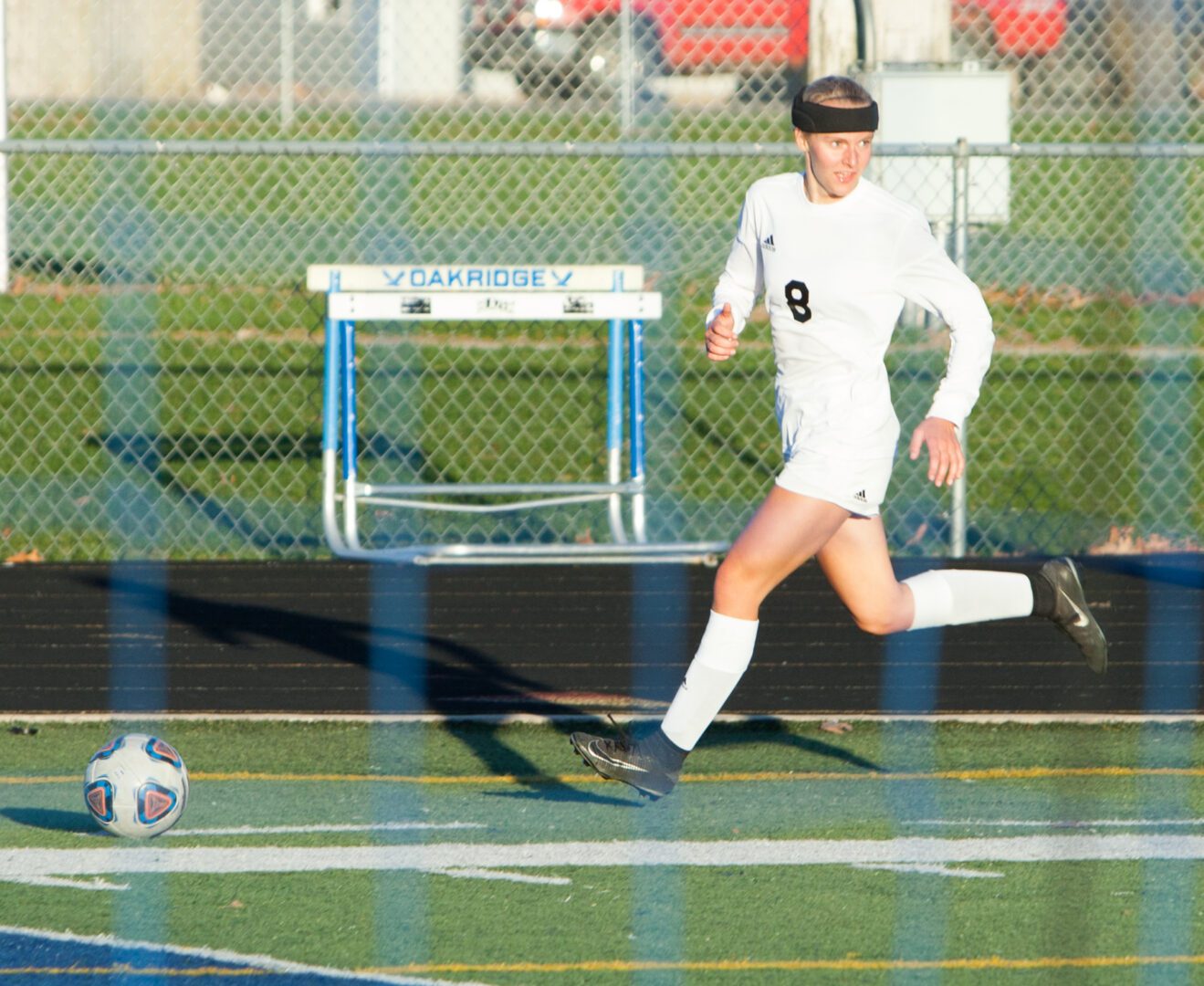 The powerful Norse scored three times on nine shots in the first half against host Oakridge, then rolled on to an 8-0 West Michigan Conference win.

North Muskegon improved to 6-1 on the season and 4-0 in the conference.

After a scoreless 14 minutes to start the contest, the Norse struck first when Sophie Mueller picked up a loose ball and fired it into the lower left corner for a 1-0 lead.

Eight minutes later, Audrey Wilson broke through the Eagles’ defense and found Emily Judd alone in front of the net, and she scored to give North Muskegon a 2-0 lead.

Wilson got her own goal at the 5:51 mark, giving North Muskegon a 3-0 edge at halftime.

“Playing (at Oakridge), playing on this turf, it fits our style,” Norse coach Ryan Berends said. “It was tough in the first half due to the wind, but we settled down in the second half.” 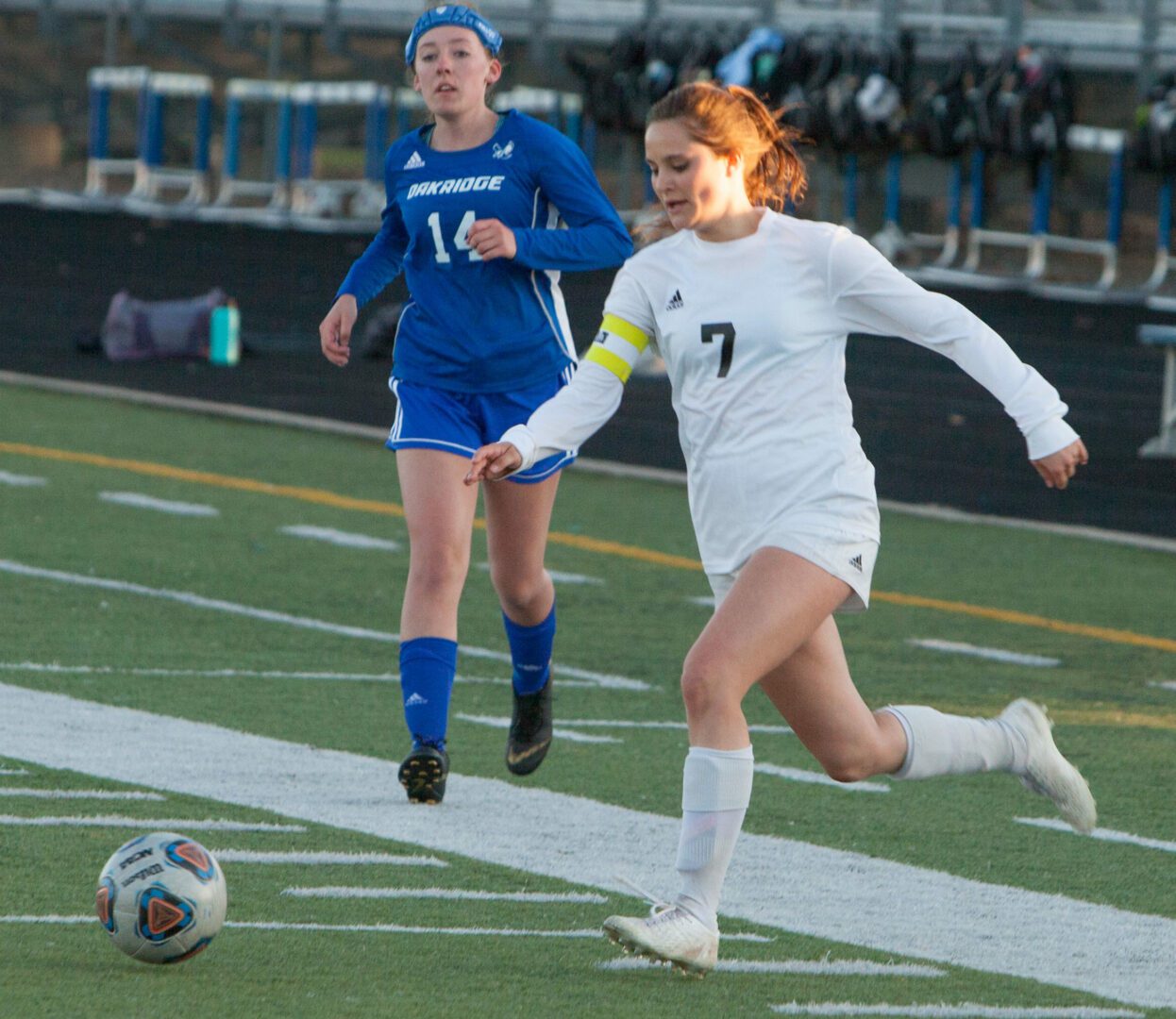 Sophie Mueller moves in the for the North Muskegon attack. in front of No. 14 Leah Lowry. Photo/Jason Goorman

The Norse scored five times on eight shots in the second half, and the game ended with 8:31 left due to the mercy rule.

Gwenna Pitts increased the lead to 6-0 with 17:12 remaining, Wilson scored her second goal 1:04 later for a 7-0 lead, and Ayla Pitts ended the game with the final goal.

“We made, at halftime, some adjustments,” Berends said. “Just to make our passes shorter, just be patient, draw them out and then go attack. That was a good adjustment.”

The Norse outshot Oakridge 17-2. Wilson finished with two assists and Berends and Judd had assists.

Emily Judd looks up for the pass from No. 5 Grace Berends. Photo/Jason Goorman

North Muskegon’s No. 13 Sophia Schotts watches her shot find the back of the Oakridge net. Photo/Jason Goorman

North Muskegon’s Grace Berands gets to the possession in front of No. 19 Kirstynn Macomber. Photo/Jason Goorman

No. 18 Abbey Grevel celebrates with her teammates after the North Muskegon goal. Photo/Jason Goorman

Sophia Schotts dribbles the ball up the sideline for North Muskegon. Photo/Jason Goorman