A lot of Oakridge athletes play multiple sports, and several of its varsity teams enjoy the benefits.

It’s particularly a strength for the Eagles varsity baseball team, which features eight returning starters from last season’s squad that dominated the competition with a 28-4 record and advanced to the Division 2 state quarterfinals.

Many of the baseball players are well-conditioned for spring sports, after playing in the fall and/or winter.

One of the most versatile athletes in that group is senior TJ Ruel, a returning second-team All-State pitcher/first baseman. 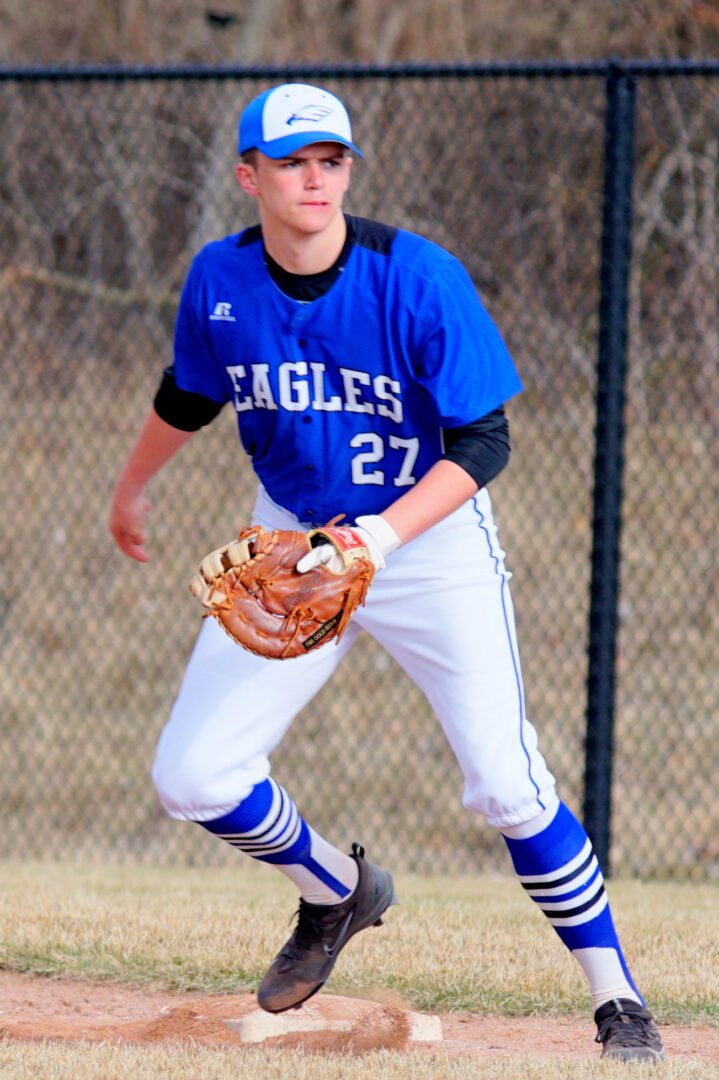 “You often see that the multi-sport athletes, they’re mentally tough,” said veteran Eagles baseball coach Brandon Barry. “Those kids that are football-minded, or kids like TJ in basketball, those types are never out of a ballgame, because they can play so many different roles and still be successful.”

With Ruel, fellow senior Koleman Wall and junior Austin Fairchild, the Eagles have arguably the top pitching staff in West Michigan, a strength that Barry said carried them to their impressive postseason run last spring.

Wall has signed to pitch at NAIA Concordia University near Ann Arbor next year, while Ruel will stay closer to home and pitch for Muskegon Community College.

Ruel, who stands 6-foot-5 and weighs 195 pounds, said he became serious about improving in baseball as a seventh- or eighth-grader, which was also the time he began working with longtime area coach and pitching instructor Bob Cavanaugh, an Oakridge graduate who enjoyed a stellar career at Central Michigan University and was drafted by the Toronto Blue Jays.

“One of the biggest things he told me was that if I kept working hard at it, I had a chance to become a really good pitcher,” Ruel said.

Ruel took the motivation to heart and today, his fastball can top out at around 85 miles per hour, and he’s also comfortable throwing a changeup or a slider as a strikeout pitch.

Ruel said he often picks the brain of Wall and Fairchild on how to attack certain hitters, or they’ll share tips on what they’re seeing from each other on the mound. It’s a camaraderie that’s been built between a majority of the Eagles players from several years together on the diamond, starting in Little League.

“It was so much fun being able to go so far in the tournament last year,” Ruel said. “We were able to stay in hotels and just enjoy it all as a team. We all grew up together, starting out in Little League and playing travel ball together.”

Although he makes his name on the mound, Ruel is no slouch at the plate, either, or defensively at first base. 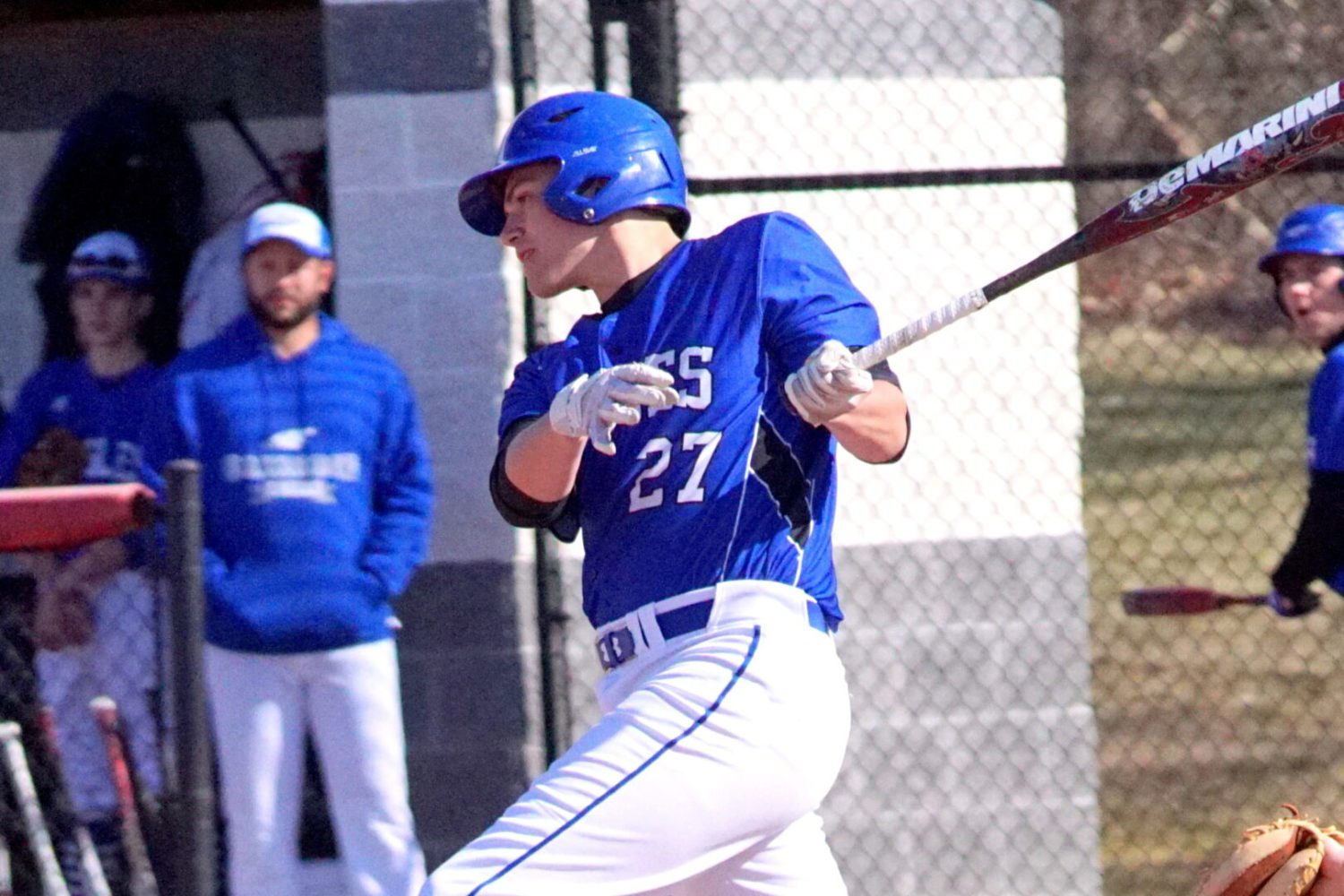 Ruel takes a cut during a recent game against Whitehall. Photo/Leo Valdez

“He’s got a chance to surprise some people at the plate,” Barry said. “He’s got great hand-eye coordination.”

In basketball, Ruel had the opportunity to be coached at the varsity level by his father, Tracy, who he said often demanded a lot from him. Although they sometimes butted heads after tough practices or games, Ruel said he cherished the experience.

“I probably enjoyed that more than anything throughout high school,” Ruel said. “We definitely had our battles from time to time. There would be times when we’d come home and wouldn’t talk to each other. But I played AAU and he’d take me all the time to Grand Rapids for training and push me to go to the gym and get some shots in. He just wanted to push me to get better.”

The hard work paid off, because Ruel blossomed into a two-time All-Conference selection in basketball.

Ruel said he’s thought about being a two-sport athlete at Muskegon Community College, but to start out, he’ll stick with toeing the rubber and throwing heaters, under the guidance of head coach Greg Guzman, an Oakridge graduate and longtime friend of Tracy Ruel.

“For now, I think I’ll just focus on being a pitcher,” he said. “Then after two years, hopefully I can move on to pitch at a bigger school.”