Mona Shores standout golfer Reed Hrynewich has signed with the University of Michigan for next season.

According to MGoBlue.com, Coach Chris Whitten announced Monday he’d signed three golfers for next season, including Hrynewich. The other signees include Bryce Evon from Windsor, Ontario, Canada and Tom Swanson from Montana. 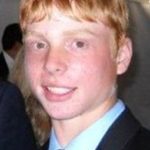 “I’m excited to add three quality individuals to our team with this class,” Whitten told MGoBlue.com. “Bryce, Reed and Tom will fit in beautifully with our team culture and attitude. They are successful, competitive players who are hungry to improve and compete for championships. They will all have a quick adjustment to life at Michigan and will compete well right away.”

Hrynewich is ranked as the No. 1 golfer in Michigan’s Class of 2013 and No. 40 nationally by the National Junior Golf Scoreboard., He was named to the state’s Super Team twice.

Hrynewich carries a 73.75 average on the junior circuit. He had a solid summer on the junior tour with a handful of top 10 finishes.

“Reed comes from a family of great athletes and he loves team sports,” Whitten told MGoBlue.com. “He brings the same energy to his golf game that he does when he’s on the ice playing hockey. He’s been one of the best players from the state of Michigan for several years and he understands the Michigan tradition. I think he sees himself growing with the people and resources that will surround him at Michigan.”